After sharing a few images and details about the suspension of its new TLX 2021, Acura finally lifted the veil on the redesigned model in a virtual presentation today.

We’ll spare you a rehash of the automaker’s very long press release, or else we’d be at it all afternoon. Rather, here are a few highlights about the model scheduled to arrive at brand dealerships in the spring of 2021.

In addition to its very successful styling, inspired by the Type S concept unveiled at the Los Angeles Auto Show last November, the new TLX benefits from new powertrains that will replace the former 2.4L 4-cylinder and 3.5L V6 engines. For 2021, consumers can choose between a 2.0L turbocharged 4-cylinder and a 3.0L turbocharged V6.

As for the new V6, it was designed specifically to serve the Type S variant that will be part of the product offering next year. The return of the Type S to the Acura stable is welcome news, and what's more, the TLX variant will be the first of its type to benefit from the brand's SH-AWD (Super Handling All-Wheel Drive) all-wheel drive system, which should help make it a redoubtable performance machine.

In all versions, the transmission of choice is a 10-speed automatic unit.

As for the chassis and design, we won't dwell on it, as we'll have the opportunity to come back to it at length when the model is officially presented and tested. In short, though, we can pretty confidently say this is the strongest and most rigid chassis in the brand's history. It looks promising.

As for the model range, there will be a base configuration, but also an A-Spec version decked in distinctive styling elements like 19-inch grey wheels and black accents, as well as a pronounced rear spoiler.

The Type S variant will benefit from more than just the most powerful engine; it also gets a more-aggressive body design, thanks to an integrated spoiler, aggressively styled front and rear diffuser, four exhaust tips and 20-inch wheels.

More details will be forthcoming on this variant as its launch approaches.

We'll come back to the interior later on as well, but worth noting is the comprehensive the equipment list (in terms of amenities, connectivity and security). A 10.2-inch HD screen is the nerve centre of the multimedia system, which Acura says it has upgraded the touchpad connected to it. Let's hope so, because aboard the RDX, that pad is downright infuriating to use! Otherwise, the latest generation AcuraLink system will be standard, as will wireless Internet access via the 4G LTE network. As we said, comprehensive.

Safety hasn't been forgotten either, so Acura is including its AcuraWatch Package suite of features.

All in all, Acura today rolled out what appears to be a very compelling model. Judgments will have to wait, of course, because the real test will be how it performs on the road.

Without question, as we alluded to earlier, auto manufacturers have little choice but to innovate with their sedans if they want them to sell in a world dominated by SUVs - unless they want to get out of the game altogether. With its new TLX, Acura is taking a step in the right direction. We’ll see what consumers decide in due time.

Pricing hasn't been announced yet, though the manufacturer did say that the offer will start at just over $40,000. 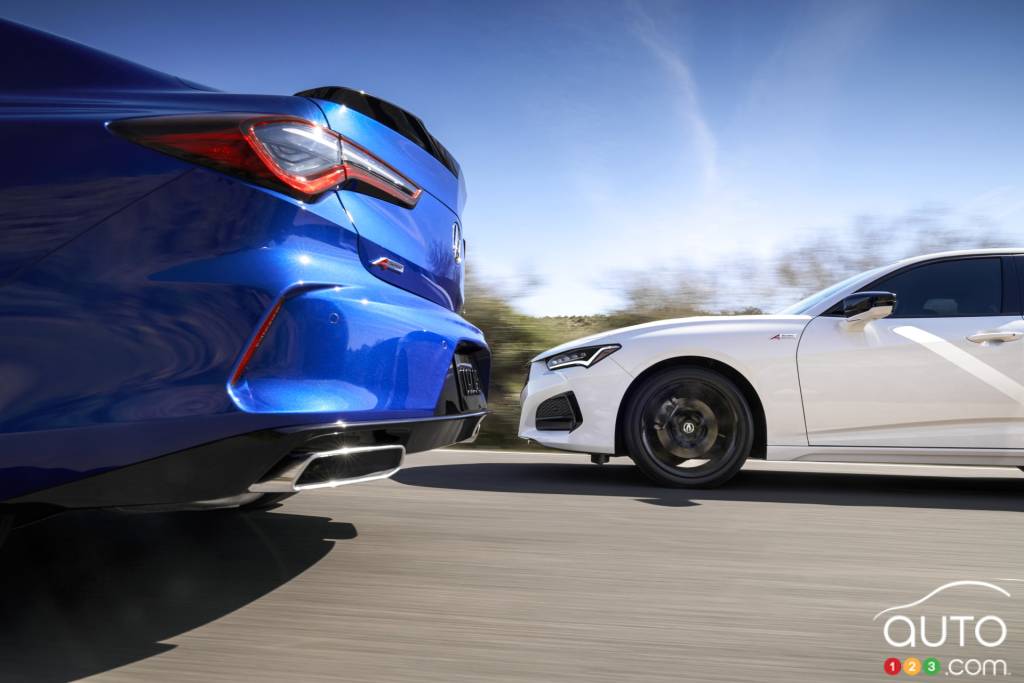 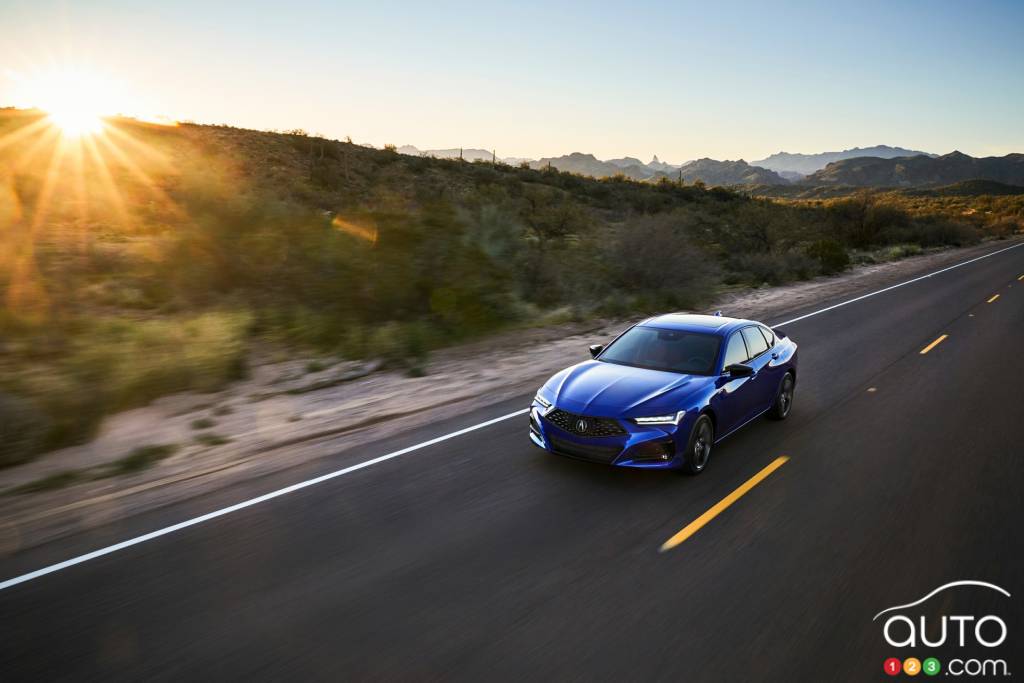 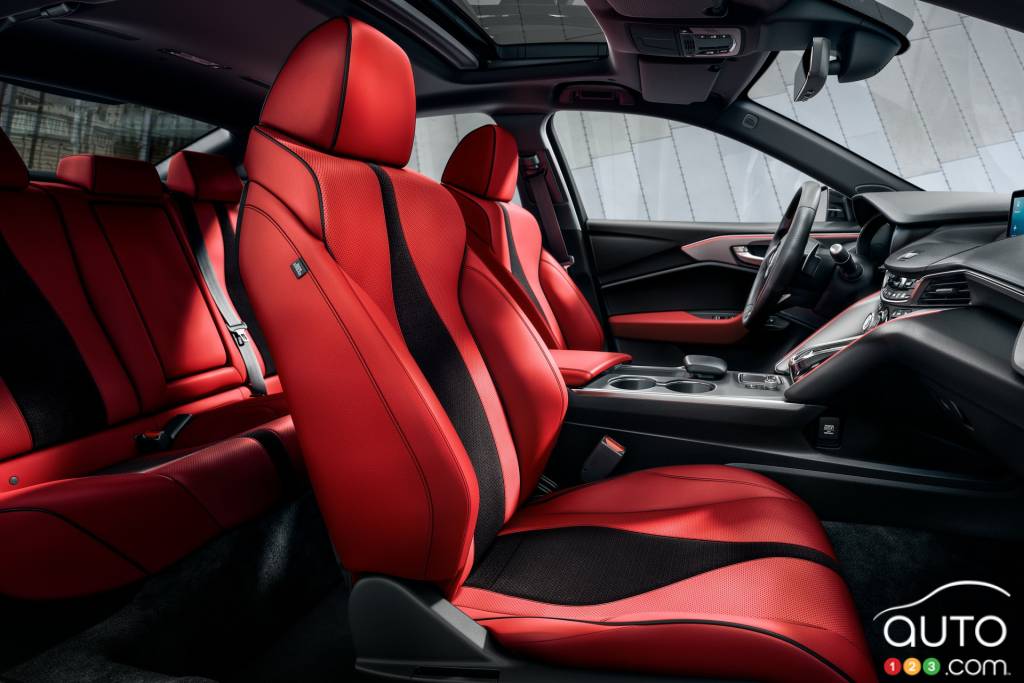 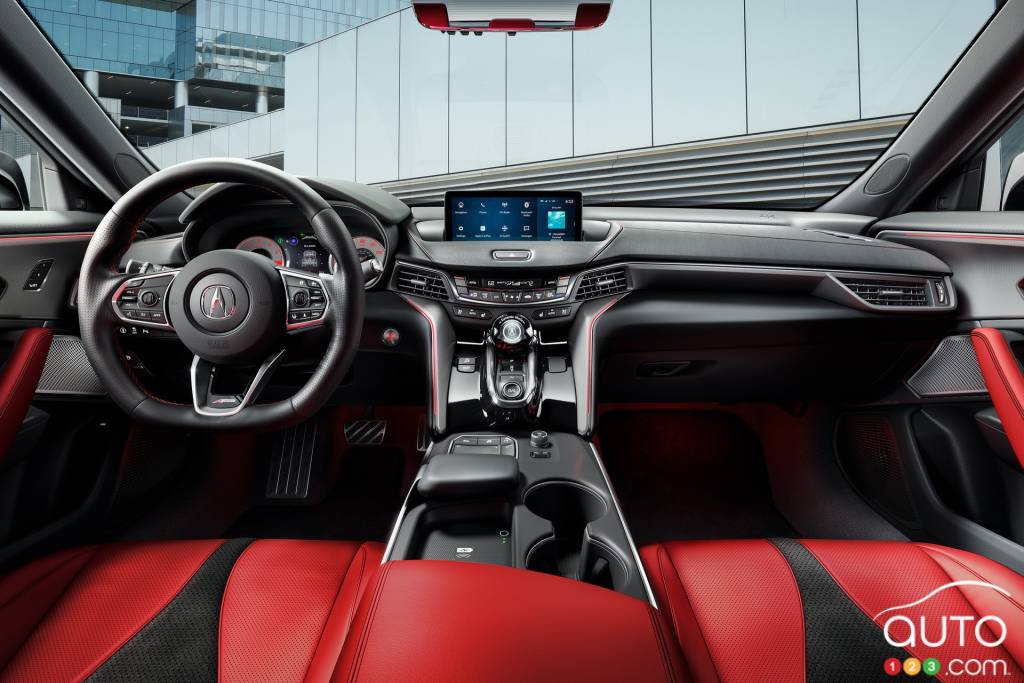