When it was unveiled during Monterey Car Week in August 2019, the Acura Type S concept certainly brought back hope among fans of Honda's luxury brand. That hope had frittered away over the years, the company that first made its mark in North America with the Integra, NSX and Legend having lost some of its stature through unimaginative offerings, at least in the sedan niche (Acura's SUVs are another story).

A few weeks after the Californian unveiling of the Type S, Acura finally lifted the veil on the second-generation TLX based on it, which now constitutes the lineup’s only sedan able to credibly boast of offering both sportiness and luxury. To say the least, the production model follows the prototype's guidelines to the letter.

The proof is in the putting
I was able to get behind the wheel of the sportiest version of the new TLX, the 2021 Acura TLX A-Spec, which is certainly not lacking in charm with its Pearl Performance Red paint finish. But looks are one thing; as always, the proof is in the putting – as in, the putting of the car through its paces out in the real world. Let's see if this slightly less-energetic version than the much-anticipated Type S is worth the price of entry.

A pretty face?
While it's true that the Acura TLX has to fight on two fronts - remember that the primary mission of the model was to hoover up those who used to go for the TSX and TL - I still consider that the TLX sits more comfortable among luxury sport sedans, shoulder-to-shoulder with the likes of the BMW 3 Series and Lexus IS. And to persuade customers who shop in this category, you have to have some sharp selling points. Namely, the image projected by the design is almost as important as the performance of the car itself.

As far as the new TLX is concerned, I find the evolution of its looks, though mild, to be quite successful. Already the outgoing model was pretty, but its replacement is more straightforward in its demeanour, in good part thanks to the new inverted pentagon grille, which is a vast improvement. You need only recall the criticism the old TLX’s front grille drew from left, right and centre to understand that the new model sports a much nicer nose.

I also like the spoiler that accentuates the "duck's beak" effect at the end of the trunk, as well as the anthracite colour of the 19-inch wheels that actually look a smidge small (!) inside the wheel arches. So, yes, the look is convincing in my opinion, although I’m pretty sure the Type S will outdo it.

And inside?
Those familiar with the RDX shouldn't feel too out of place when they see this dashboard, as the Japanese automaker revised its design of this area a few years ago with its Acura Precision concept. Those much-discussed automatic-transmission buttons are better integrated at the base of the dashboard, and are replaced by a large brushed-aluminum knob. This wheel is used to select the type of driving envisaged by the driver. Slightly lower down in the centre console is the touchpad that acts as a link between the front-row occupants’ fingers and the 10.2-inch screen.

Since the console between the two occupants is wider, the designers managed to integrate a small circular knob for the audio system's volume and another for changing stations. Unfortunately, while the touchpad is impressive to use when the car is stationary, I still find it too difficult to use when all my attention must be riveted to the road ahead. I still prefer a thumbwheel or, better yet, a classic touchscreen.

Otherwise, the dashboard exudes quality and the steering wheel is pleasant to grip, while the comfort level is sky-high in this sedan. With its super-soft and welcoming seats, I’d place it above the Genesis G70, but not quite at the level of the BMW 5 Series in this regard. There's no doubt that this sedan was designed for North America, as evidenced by the ample legroom and very comfortable seats in both rows.

An injection of sportiness?
Obvious when you compare the technical specifications of the 2020 and 2021 TLX models is the increase in power available from the 4-cylinder engine, the old naturally aspirated 2.4L unit having made way for a turbocharged 2.0L unit familiar via its use in the RDX and a few other Honda products, including the Civic Type R. In this TLX, the engine delivers 272 hp and 280 lb-ft of torque. Those represent increases of 66 hp and 98 lb-ft of torque! Even the transmission is new, as the TLX now features the 10-speed automatic unit increasingly seen all over the place in the Honda/Acura lineups.

What happens under your right foot is greatly improved, no doubt. But what about the other parameters, such as handling, for example? Well, the TLX has a double-wishbone front suspension, which is beneficial for cornering at high speeds. Chassis stiffness is also improved for this TLX 2.0 and it shows on the steering wheel. 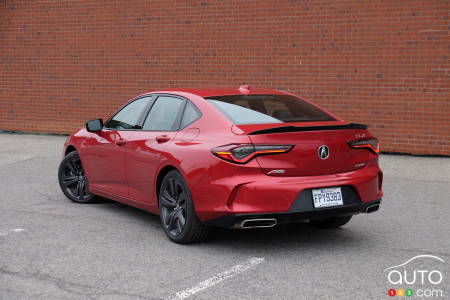 Of course, thanks to that central turn-wheel that modifies the firmness of the steering and the dynamism of the powertrain, the TLX can play the role of a quiet and uneventful sedan (Comfort mode), a car with modestly sporty aspirations (Normal), or a sport sedan (Sport). The latter delivers the most-aggressive drive, especially for the "electronic" rumble of the powertrain (Acura amplifies the sound of the turbocharged 4-cylinder engine, which some feel is an abomination and others find pleasing. For my part, I find it acceptable).

But I'm not ready to say that the TLX offers the most inspiring experience in this regard. The good news is that you can choose your own adjustments using the Individual mode. Works for me.

The last word
The 2021 Acura TLX A-Spec is definitely a step forward for the brand's only truly modern sedan (the ILX is still based on the platform of the previous-generation Honda Civic). I would have liked a little more sportiness, or at least the adaptive suspension which, at the time of writing, is limited to the more expensive Platinum Elite livery.

Despite that, the A-SPEC version delivers a decidedly sportier feel. Thankfully, the arrival of the Acura A-Spec Type S in the spring should meet the needs and wants of those who find this TLX too staid. In any case, the TLX's primary mission is to carry its passengers in comfort, and the TLX does that very well without inflicting pain at the pump: when it comes to fuel consumption, the official average is 10.5 L/100 km (combined). 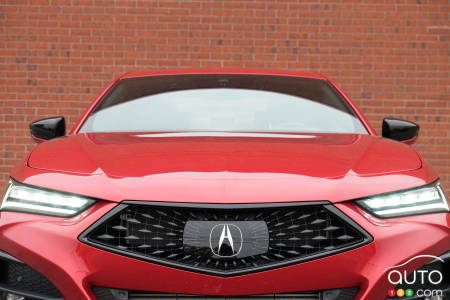 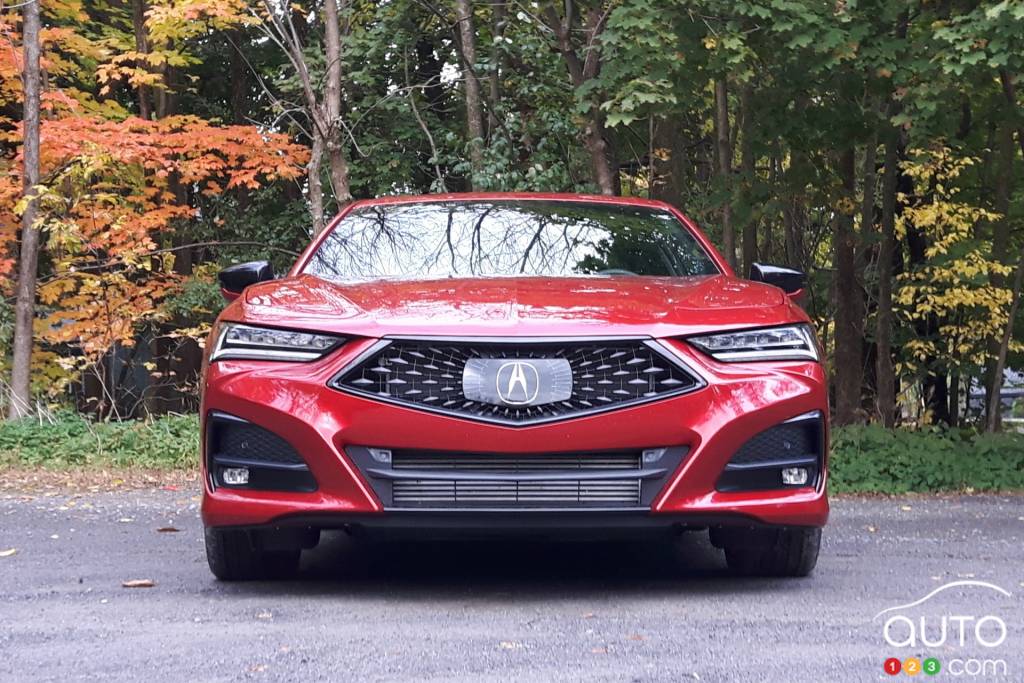 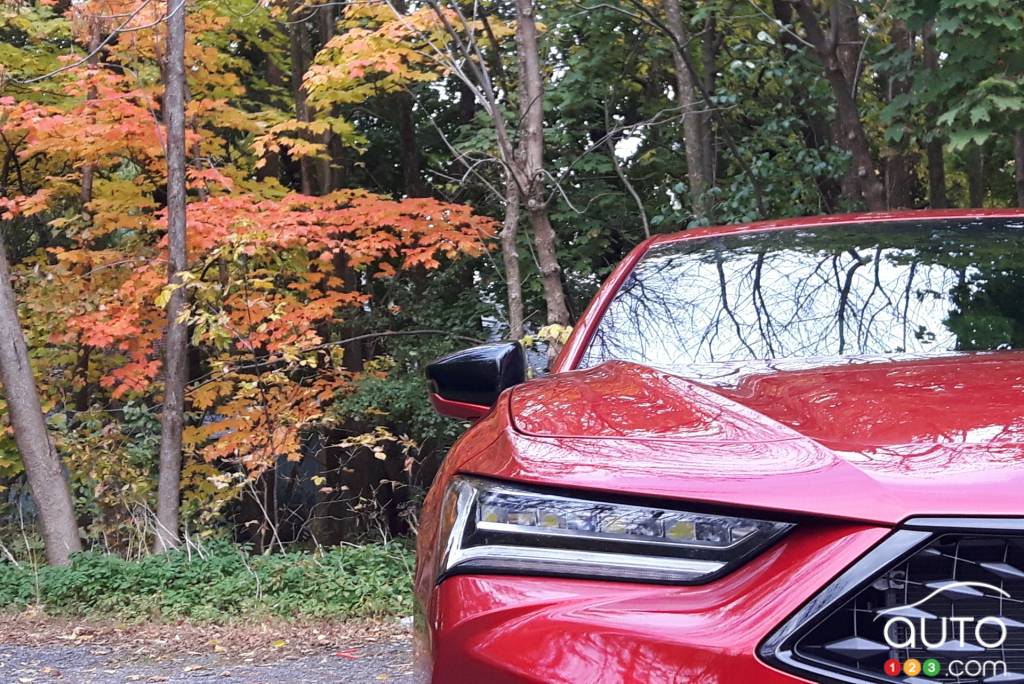 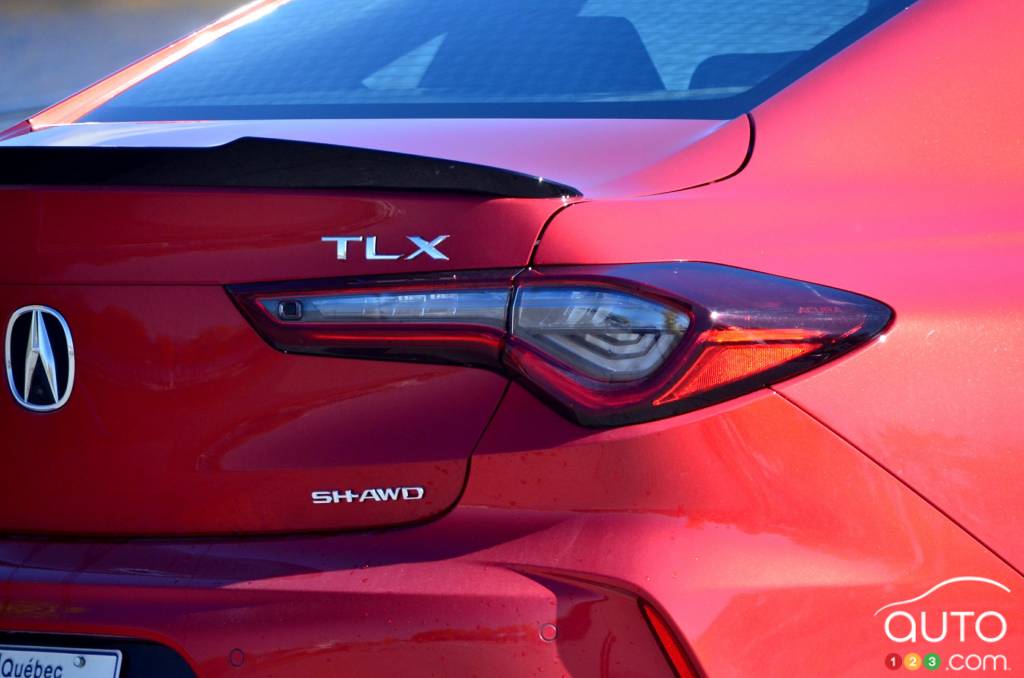 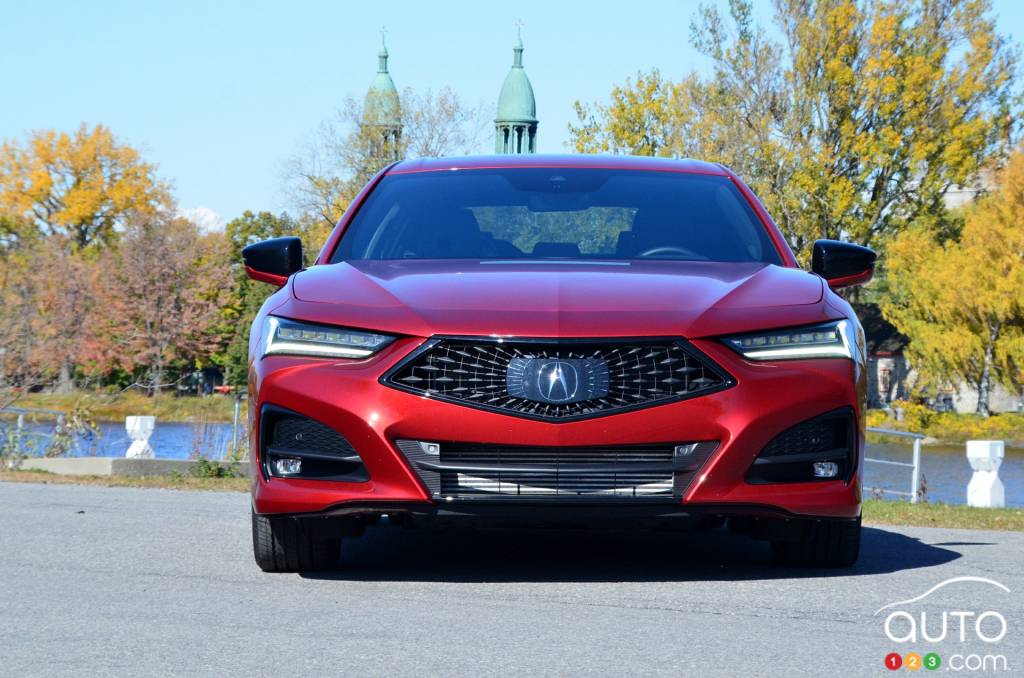 The Type S version of the new Acura TLX will hit Canadian dealerships in June. The model is powered by a 355-hp, 3.0L turbo V6 engine.