We bring to a close our unofficial Convertible Week in style with the 2020 BMW Z4 M40i. Even among the small flotilla of small convertibles currently on the market, the Z4 belongs in a category all on its own, a car like they hardly make them anymore.

The BMW Z4 has been a three-season presence on our roads since 2003. At that time the roadster segment was in full bloom, what with the arrival of the Porsche Boxster and Audi TT, not to mention the Mercedes-Benz SLK. You could also add to this entirely German trio some Japanese and American speedsters like the Nissan 350Z Roadster, Honda S2000 and Chrysler Crossfire.

That golden age would not last, however, and the competition has thinned out considerable in the category. We’re left with the 718 Boxster, the aging 370Z Roadster and the Audi TT, currently on its last legs on the market as its maker has confirmed it intends to cancel it.

Needless to say, the 2020 BMW Z4, the model’s third generation, arrives like a huge breath of fresh, especially in the age of sport utility vehicles; we live in an automotive landscape that’s unrecognizable compared to 15 years ago.

Third time’s the charm
I can attest to the affection fans of pretty cars have for this Z4 roadster from the week I spent driving in and around town. Spontaneous thumbs up and a few smartphones pulled out to film me as I went by showed me once again how much people still love nice-looking little sports cars.

This third generation of the Z4 hits a lot more nails right on the head, if you ask me. After the risqué lines of the first gen (code name E85), courtesy designer Chris Bangle, and the m ore mature shape of the second (code name E89) with its removable hard top, the third chapter returns to the source, at least in part.

For one, the soft top is back, but also the silhouette of the car is clearly a most fully realized one; I must say that the design signature of the new-generation BMWs lends itself well to this roadster. The Z4 looks bigger than before, thanks in large part to that prominent front grille. And how’s about those wrap-around position lights at the back? As for the metallic misano Blue colour, it probably had at least something to do with people pulling out their phones to film…

No M version
Some clarity on the M issue here: While the car sports the M40i designation – the Z4 is also available as the sDrive30i with a 4-cylidner turbo engine – this spicier version really has no need for the machinations of the M performance division, as was the case with the first-gen Z4. This M40i is well-endowed under the hood thanks to a 3.0L turbocharged inline-6. And with a maximum of 381 hp and 368 lb-ft, let’s just say that accelerations are pretty explosive.

Of course, three-pedal purists will scream about the fact the new Z4 can’t be had with a good old manual gearbox, but BMW’s strategists for North America knew what they were doing. The percentage of buyers OK with managing their shifting day in day out is dropping like a stone, on this continent anyways. Even the new Chevrolet Corvette C8 comes only with an auto!

The good news is that the 8-speed automatic in the Z4 works pretty well with the inline-6, especially during accelerations or when passing on the highway, which is when you notice how impressively fast the gears shift. It’s a different story when braking, at which times it’s best to let the unit work on its own. I say that because it is possible to downshift manually using the paddle shifters on the wheel, but the small-to-medium jerks felt every time the left paddle was used reminded me of how much better a dual-clutch transmission is in this particular situation.

One thing this automatic transmission does not have, is that delay during standing starts that is so prevalent in Volkswagen Group vehicles equipped with this kind of unit. This detail helps make the Z4 M40i quite comfortable to drive in the city.

A mode for every mood
As with most BMWs in recent years – as, in fact, with most sporty models these days – drivers can modify the drive parameters via the magic of electronics. Close by the gear shifter is a row of buttons: Sport, Comfort, Eco Pro and Adaptative). These allow for adjusting the reactions of the mechanical components (engine and transmission), the firmness of the suspension, the stiffness of the steering, even the sounds coming from the exhaust system.

Would you be surprised if I told you the Sport mode was the go-to choice during my late-summer week with my tester? It’s hard to resist, if only for the wonderful backfiring you get when the gears shift. The Sport Plus mode (accessed by pressing the Sport button a second time) takes that beastly roar to another level again.

As I said, hard to resist – except on the long stretches of highway I drove, either with top up or top down, when I found myself preferring the Comfort mode because it reduced the decibel level of the exhaust noise and softened up the suspension to more, well, comfortable levels. Eco Pro mode is also interesting for its own reasons, but it does snuff out the spark you expect to get from driving a roadster like this.

Unlike a Porsche Boxster, which transforms you into a driving rock star (thank the positioning of the engine for that), or a Nissan 370Z Roadster and its downright crude drive, the BMW M4 M40i plays more the finesse card. It can hold its own versus its rival at Porsche – though that’ll take some care and effort from the driver – and it’s definitely the best choice in the segment when it comes to comfort. It’s simply miles ahead of the Z, for example.

As for the sounds produced by its inline-6 turbo engine, let’s agree that for the moment it surpasses its rivals, with the possible exception of the Audi TT RS and its incredible 5-cylinder turbo. Which by the way is not available with a soft top, so there you go.

The last word
Like all roadsters, the 2020 BMW Z4 M40i 2020 is not without its drawbacks. Space inside is naturally limited – same for the trunk – while some will decry the absence of a manual gearbox. What’s more, the Z4 will have to live with comparisons, at least for a while, with its close cousin the Toyotas Supra, which comes with a lower selling price.

In the end, though, the BMW stands apart from the Japanese coupe because of its removable top, because what price do you put on a nice does of sunrays when the weather is good? Yes, there are now more convertibles on the market than there have been for a long time, the BMW Z4 sits in a category apart, one of those cars they hardly make anymore. 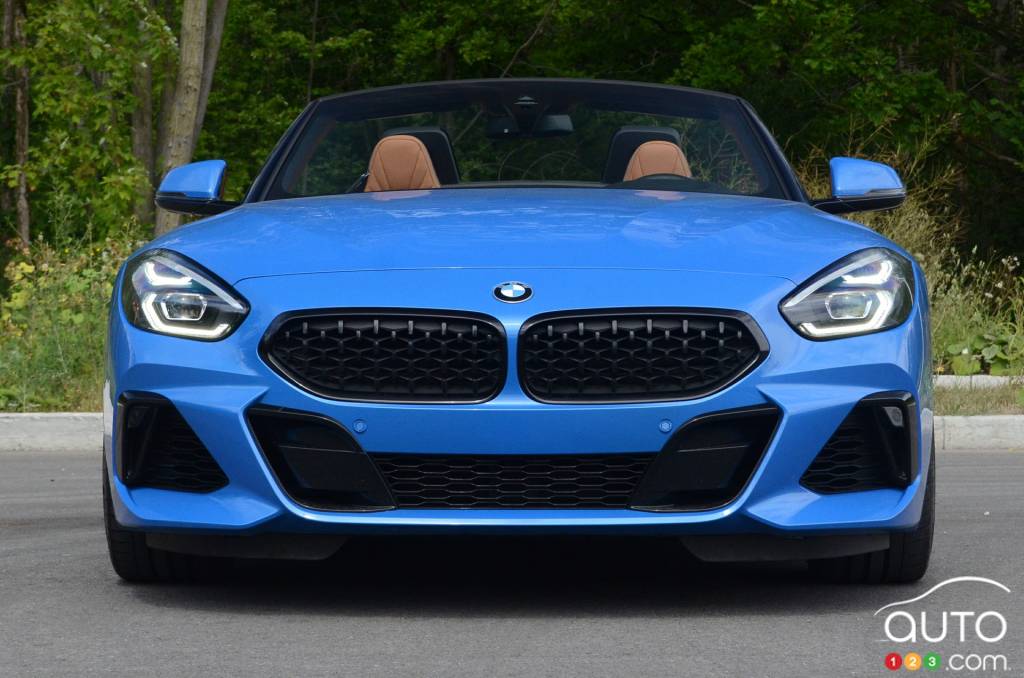 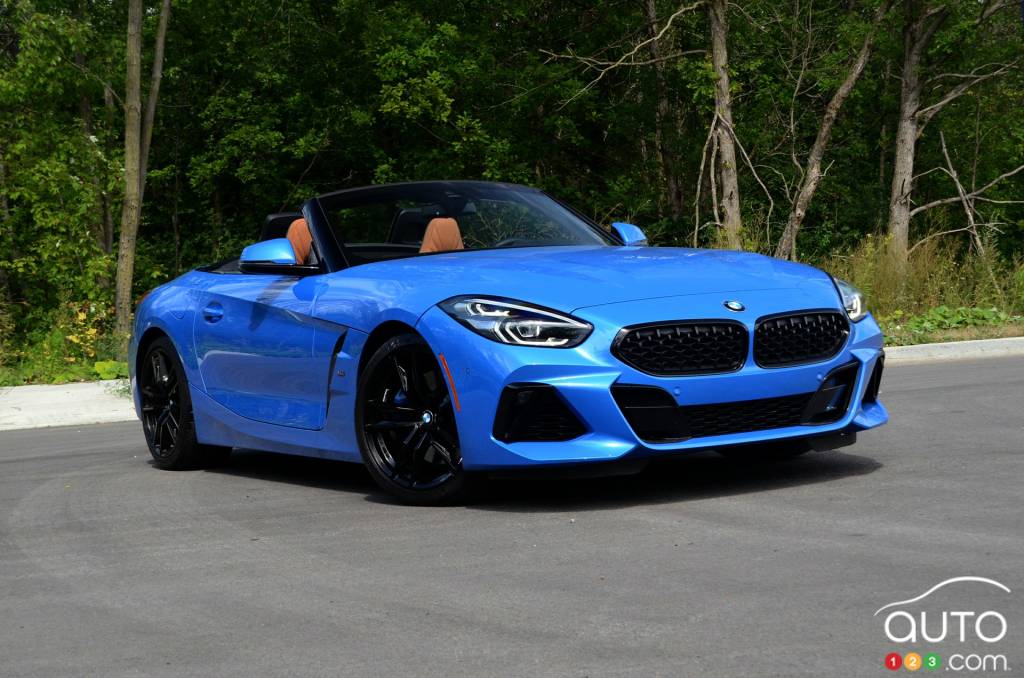 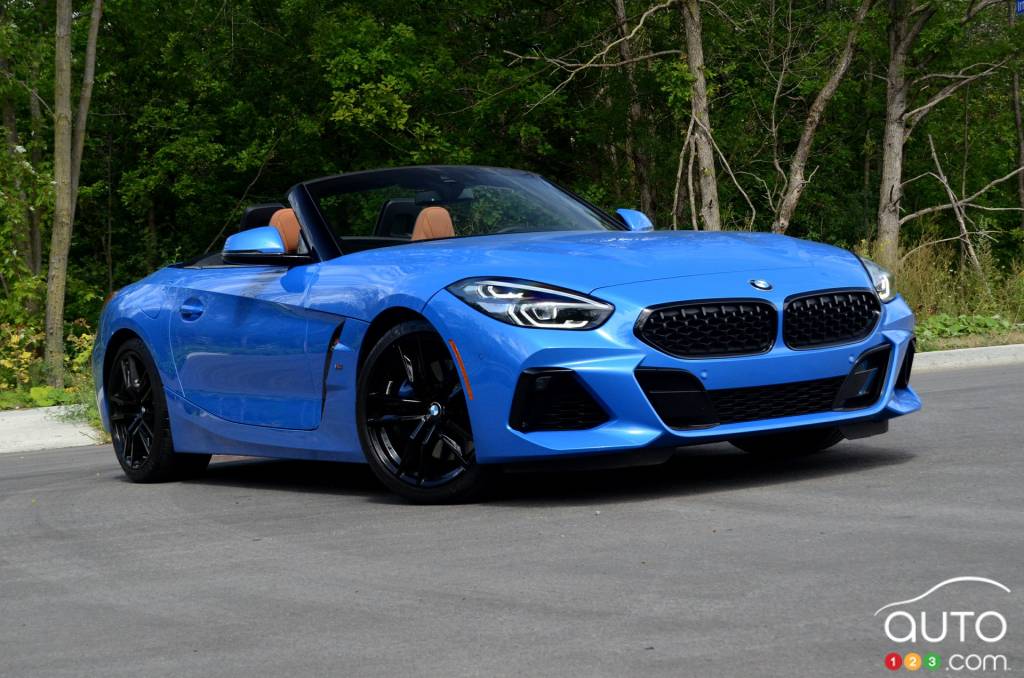 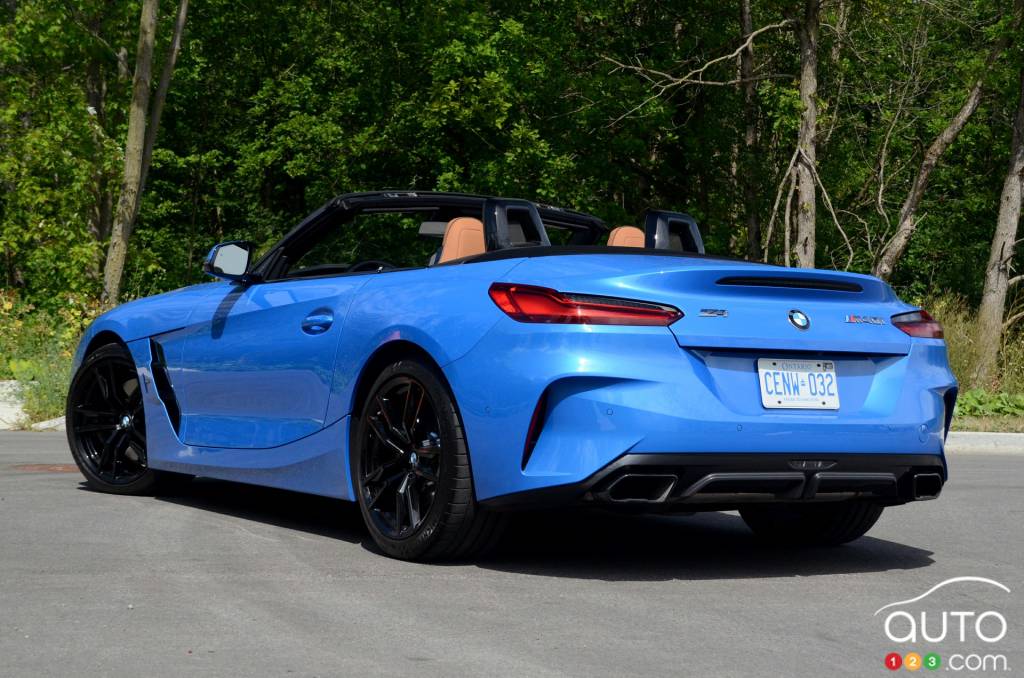 Here now are full details for the new little Z4 roadster from BMW. The 2019 BMW Z4 sDrive30i is set to debut at Canadian dealerships in March 2019, while the...