As long as there’s strong demand for pickups, manufacturers will be there to sell them to consumers, for a tidy profit margin it should be said. And no one can say manufacturers haven’t been creative in finding new variants to offer the market. Since the arrival of the Ford F-150 SVT Raptor in 2010, for example, the trend to "off-road" variants has picked up momentum among the model’s competitors.

While you can credibly claim that the Raptor single-handedly revived this more rugged side of the automotive industry, today manufacturers no longer hesitate to dress up some of their utility models in garb tailored for this type of exercise. Just think of the TRD Off-Road Package offered on the Toyota RAV4 Trail, for example; that SUV that would never have received such a treatment just a few short years ago.

The announced - and much-anticipated - return of the Ford Bronco is also directly linked to the F-150 Raptor.

Launched for the 2017 model year, the Colorado ZR2 was, until recently, the most serious product in this segment by Chevy. But with consumers positively clamouring for vehicles designed for the outdoors, the American automaker decided to up the ante further. And it did by by entrusting its mid-size pickup to specialist in the discipline: AEV (for American Expedition Vehicles).

That American firm already has an impressive track record of achievements, each special product it produces seemingly more ferocious than the last, but the Colorado ZR2 marks AEV’s first large-scale collaboration with a manufacturer like General Motors.

What else is there in a Bison ZR2?
Before I get into my actual driving impressions of the Colorado ZR2 Bison, it’s worth taking a moment to go over the additional equipment brought in to further toughen up this pickup by the aftermarket manufacturer.

The first thing you notice is the new front fascia of the ZR2 Bison, which features a grille tattooed with the letters C-H-E-V-R-O-L-E-T – something we’ve already seen on the Silverado Trail Boss, among others.

The bumper has also been redesigned to accommodate a steel frame there to to protect engine compartment components during off-road driving. In fact, this frame protects the entire pickup, on the sides and even inside the rear bumper. I have to admit, the result is very well integrated into the entire body. Great work by AEV here.

Also of note, the underbody skid plates are made of boron steel, exclusive to the ZR2 Bison, and which according to AEV adds more durability.

The basic ZR2's 31-inch Goodyear Wrangler Duratrac off-road tires are still in place, but they wrap around rims exclusive to the Bison model (17 inches in diameter by 8 inches wide), adding another touch of character to the Colorado ZR2 Bison.

Of course, the AEV badge can be found in a few strategic places on the vehicle, for instance on the tailgate of the cargo box, on the headrests and even on the carpets, while the Bison name is added to the rear fender decals.

And the snorkel?
Habitués of the niche might already be wondering why the 2020 ZR2 Bison 2020 pickup we drove doesn't have the famous raised air intake (or "snorkel", if you will) installed on its right fender. It's worth mentioning that this equipment developed by AEV is primarily an option for our neighbours to the south and doesn't seem to be available on this side of the border... at least, we couldn’t find it on the Canadian website!

While this external piping adds to the beast-like appeal of the truck, its absence does nothing to prevent the Colorado ZR2 Bison from venturing off the beaten path. I had occasion to do just that for one day, and there’s no doubt that the Chevy vehicle best-equipped for off-roading ever produced.

An interior that’s more functional than glamourous
Launched for the 2015 model year, the Colorado is slowly starting to lose ground in terms of the modernity of its interior design. The dashboard ‘s design, for one, could use a dash more panache, and this fact stands out even more when you consider the $47,600 starting price of a Colorado ZR2 (without the Bison badge), but hey, maybe the truck's 2021 edition will get a refresh.

Fortunately, once you look past the presence of some cheap plastic elements here and there, everything’s easy to use on board the Colorado ZR2. All the most commonly used commands are grouped in one place, while the infotainment system is one of the finest in the industry standard. When it comes to changing the drivetrain configuration and the drive modes, the Chevrolet didn't include a second lever like you’ll find in the Jeep Gladiator or Toyota Tacoma, for example; rather a simple thumb wheel on the left side and two other buttons near the gearshift are used to change the truck's capabilities.

One note that’s relevant to those among us who height-challenged: next time around Chevrolet might consider including an interior handle attached to the A-pillar, because the step up into the cabin of a Colorado ZR2 is pretty high. Remember that the cabin of this variant sits two inches higher off the ground than a Colorado equipped with the Z71 package.

Once you do manage to get in, however, the Colorado ZR2 Bison offers comfortable seating, though the second-row bench seat is a bit harder than the front seats. The good news is that rear-seat passengers won’t have anything to complain about in terms of legroom or headroom.

The Bison ZR2 - a good compromise?
Since the wizards at AEV didn't modify any of the Colorado ZR2's mechanical components, its ride is pretty much the same as the model sold without the $10,700 optional package. And like the standard Colorado ZR2, the Bison version is actually an extremely comfortable vehicle for an elevated pickup truck equipped with big, aggressive tires.

The reason for this is the presence of the Multimatic spool valve shock absorbers. The Canadian company that produces these also assembles the Ford GT supercar, among others. Not only can these shock absorbers installed at the four corners of the pickup absorb much bigger knocks when off-roading because of their superior travel, they also help turn city driving into a more serene experience than in a regular pickup equipped with leaf springs in the rear.

The most comfortable model in the Colorado lineup is thus the hell-raising ZR2!

The 3.6L V6 engine is more than up to the task with its 308 hp and 275 lb-ft of torque, while the 8-speed automatic transmission showed no irregularities during our few days of testing. And a drive on a rough road populated by icy patches, rocks and tree branches confirmed the incredible capabilities of this pickup, which by the way comes with a solid manufacturer's warranty.

The fairly extreme track we took also made the 6-cylinder engine sing a few times, the V6 giving off a memorable sound at high RPM. If that’s your cup of tea...

The last word
In general, the 2020 Chevrolet Colorado ZR2 Bison is a great way to get around on a daily basis, as long as it suits your lifestyle, of course. Keep in mind that in addition to its high body height, this truck will hit you at the pump: fuel consumption in the city can easily exceed 15L/100 km or 13L/100 km on the highway (ouch!). That’s not to mention the increased dimensions of the pickup, not always ideal for getting around town and parking.

This GM truck that’s the closest thing to a grown-up Tonka is not by any stretch of the imagination a carbon copy of the larger and more expensive Ford F-150 Raptor, but the fact that it takes heavy inspiration from the pioneer of the off-road pickup category and does so with such panache is worth saluting.

Still, you have to be willing to pay that hefty $10,700 surcharge. And while off-road enthusiasts will likely opt for the top-of-the-line Bison ZR2 even with that penalty to pay, many others will be satisfied with a ZR2 that's much more affordable to purchase and just as capable as its Bison sibling on rough and tough trails. 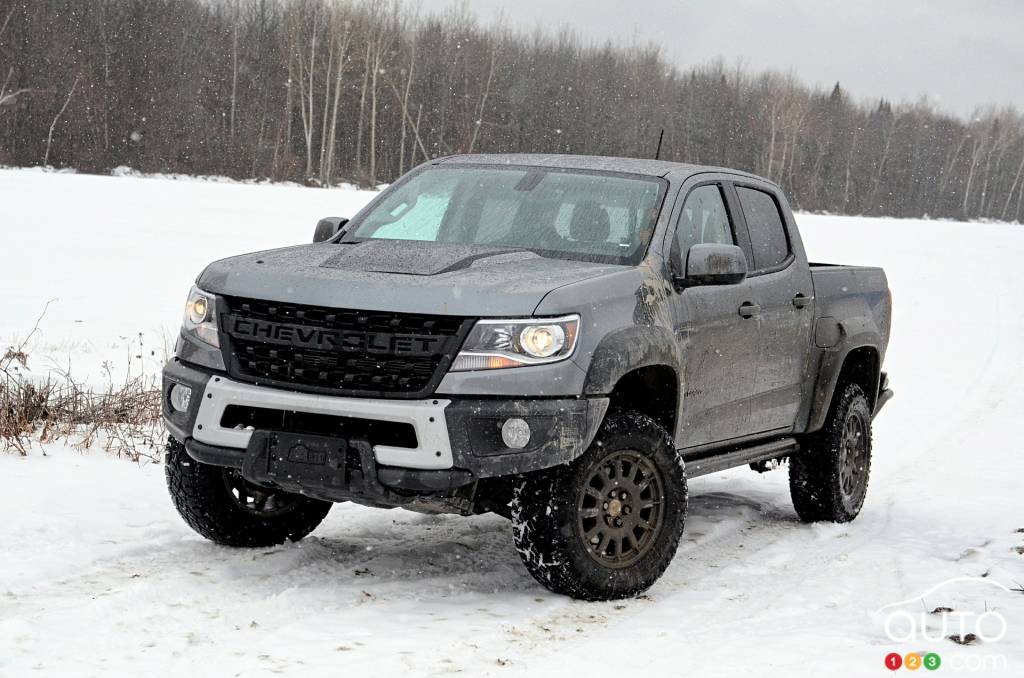 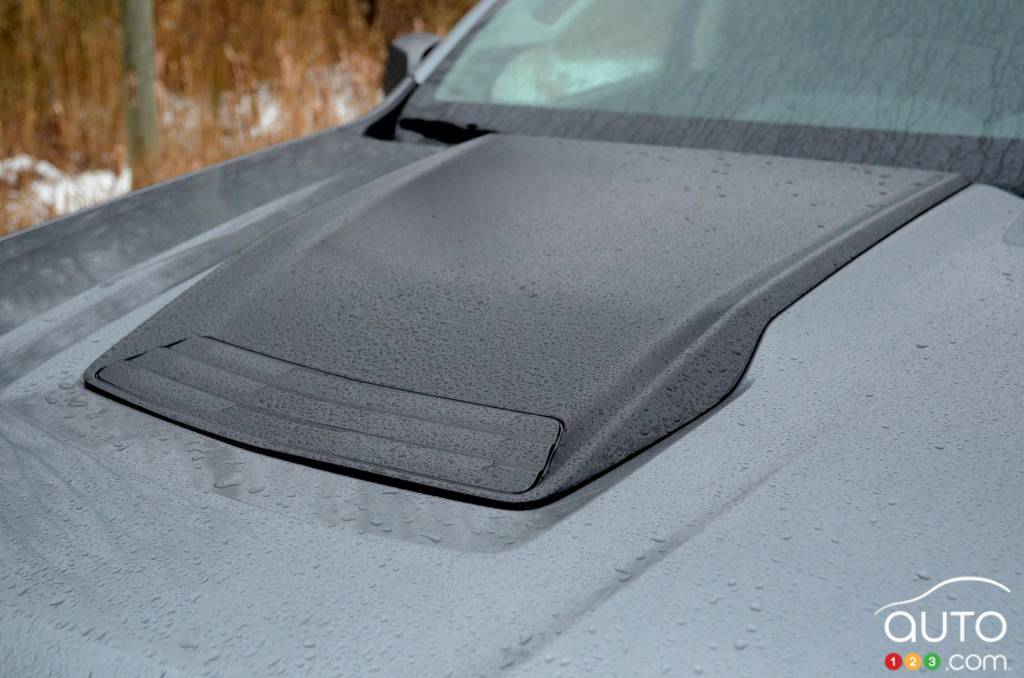 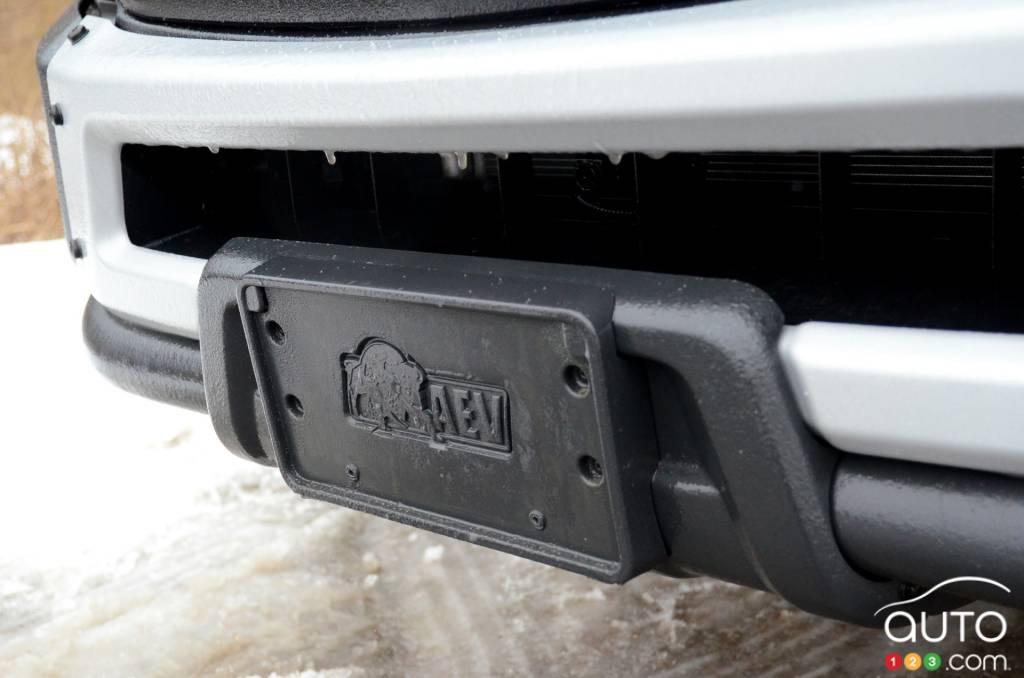 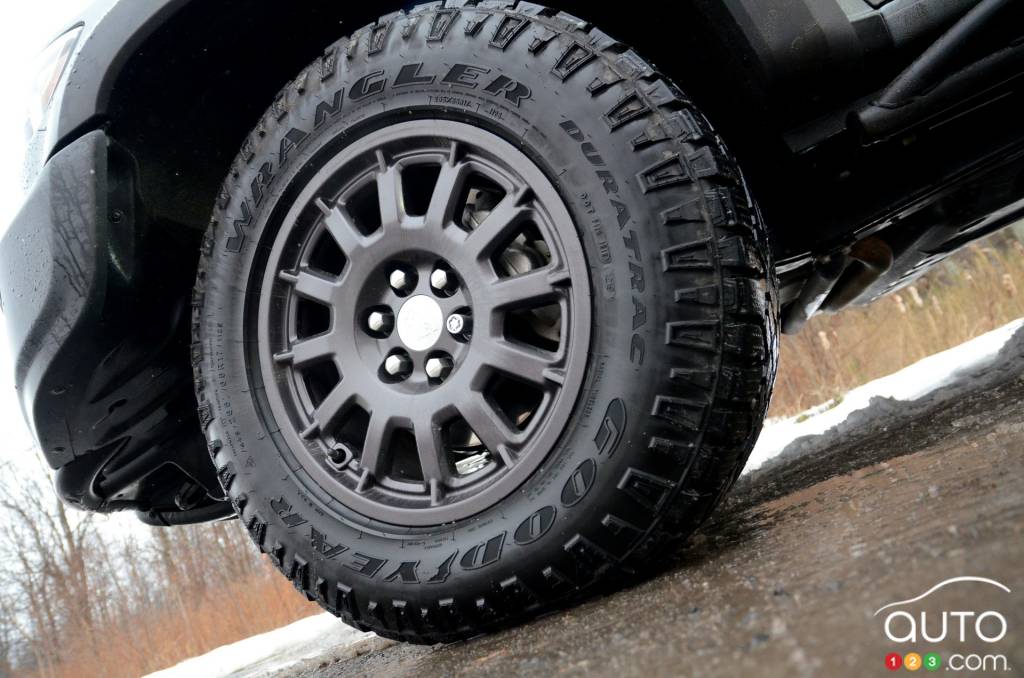 Size of Chevrolet Colorado ZR2 Bison Herd to Increase in ...

Chevrolet has been successful enough with the ZR2 Bison version of the Colorado that it is boosting production levels of the special edition in 2020, from th...

Auto123 gets behind the wheel of an AT4 Diesel version of the GMC Sierra 1500, with the goal of ascertaining its relevance amid the multiple available varian...

The 2020 Ram 1500 Limited is the most comfortable and definitely one of the most fun-to-drive trucks of its kind on the market. This version in particular, s...