2020 has seen a number of new electrified models arrive on the market, even if the pandemic has pushed back and continues to delay the launch of some products. Nearly every automaker is pursuing an electrification strategy to attract customers who are increasingly inclined to go electric – at least partially.

See also: Six Things You Should Know About the 2020 Ford Escape Hybrid

Ford’s plugging in
From Ford, we hear a lot about the Mustang Mach-E, the Mustang-inspired crossover that is training its sights on a certain Tesla Model Y. Over the next few months, the Dearborn-based manufacturer will be enhancing its 100 percent-electric lineup with an F-150 that runs purely on electricity, but in the meantime, Ford is offering other ways to enjoy the benefits of electrification. That's the case with the Ford Escape Hybrid and its plug-in hybrid variant, both new for the 2020 model year.

The Ford Escape Hybrid also marks the return of this half-gas engine, half-electric motor configuration. Now, the Escape was actually previously sold with such a powertrain between 2004 and 2012. But despite its pioneer status - the Ford Escape was the first hybrid SUV to appear on the market – the company is playing catch-up in 2020, since several popular compact SUV models are now available with hybrid powertrains, especially in the U.S. where the Honda CR-V (and until recently the Nissan Rogue) can be had with hybrid technology. Clearly, however, Ford’s main competition is Toyota, which will soon be offering the RAV4 Prime with its plug-in hybrid technology, in addition to its popular RAV4 Hybrid.

I has occasion to drive a Titanium trim of the 2020 Ford Escape Hybrid 4WD. Here's what I learned from those few days behind the wheel of an SUV that, whatever its shortcomings, is more fuel-efficient than a sub-compact car. That’s something the brand’s marketers can surely hang their hats on.

Quality of construction still finding its way
Questions regarding quality of construction have dogged Ford/Lincoln products for some time, frankly. I noted issues last winter, notably when driving the Lincoln Aviator, which had visible irregularities with its exterior elements. In this case, the 2020 Ford Escape Hybrid proved to be far better put together than some other Ford-badged vehicles tested in recent months. Things aren’t yet perfect, but the improvement is substantial enough to note. It's more on the inside that the vehicle doesn't quite deliver the goods.

In fact, I was able to very easily remove - or in some cases clear away - plastic panels around the door frames. And don't think that I had to work hard to remove the components from their factory-installed location. As soon as I opened the driver's door, I saw plastic edges detached from the A-pillar of the SUV. No big deal, you might say, especially since I could easily put the panels back in place by sliding them under the rubber flange. But still, this lackadaisical finishing doesn't belong in an SUV costing $38,000 before options, fees and taxes. In this respect, Ford still has a long way to go.

The good news is that the cabin is very easy to live with on a daily basis with its thumb wheel acting as a lever for the transmission and the vent controls grouped handily under the infotainment system controls which, by the way, are easy to use.

Pleasant to drive?
The Ford Escape Hybrid 4WD isn't a conduit for adrenaline into the driver’s bloodstream. The focus is much more about dropping down fuel consumption to as low a level as possible. Still, I have to say the adjustments made to the chassis make for a more animated drive than I expected. First of all, there's the 2.5L 4-cylinder Atkinson-cycle engine that emits a slightly husky sound, which adds a little character to the equation, especially in Sport mode when the vehicle is calibrated for dynamic driving. There's also a continuously variable transmission that makes the mechanics sing during strong accelerations, but once cruising speed is reached, the vehicle becomes quiet again with the only soundtrack being the rolling of the tires on the pavement.

The increased stiffness of the chassis also inspires confidence when behind the wheel. Granted, the steering could be more precise, but the Ford Escape is far from being the most unpleasant in its class in this regard. I also found that the suspension is pleasantly adjusted to the often worn-out roads of Quebec, where I conducted by test drive. On uneven surfaces, the Escape Hybrid absorbs cracks and potholes quite well, while in sporty driving conditions, it allows for attacking corners at surprising speeds. Good to know, even if typical owner will never push their Escape to its limits.

As for the hybrid system’s regenerative braking, it obviously requires a short period of time to acclimatize, but after a time I made good friends with it. I liked the indicator light that told me whether my braking action had provided optimal energy recovery.

Unsurprisingly, the Escape Hybrid 4WD isn't as explosive as the Ford Explorer ST, but it doesn't have to be ashamed of its performance on the road either.

Are the fuel savings enough?
A glance at the Canadian EnerGuide fact sheet reveals that the average fuel consumption of the AWD hybrid model is 5.9L/100 km. My fuel economy rating during my week – in the midst of a heat wave - hovered around 7.0L/100 km. I couldn’t really complain about that result given that I had tended to abuse the Sport mode somewhat and used the climate control system to survive the inferno outside…

Predictable, the two-wheel-drive model consumes less fuel, but the gain there is minimal with an official average of 5.8L/100 km according to Natural Resources Canada. In comparison, the same source tells us the Ford Escape equipped with the 3-cylinder EcoBoost consumes an average of 7.9L/100 km.

It remains to be seen whether the fuel economy delivered by the Ford Escape Hybrid justifies going for it and not the regular version of the Escape. Frankly, considering the available federal government rebate (and provincial discounts, for Quebec and B.C. residents), the Ford Escape Plug-In Hybrid seems much more appealing, if only for its very decent range in electric mode (61 km) and  its average fuel consumption of 2.3L/100 km. That’s the kind of difference you’ll really notice in your monthly budget.

That said, for some, the fact of having to plug the vehicle in after every outing (or almost) represents an obstacle they're not willing or ready to deal with on a daily basis. That's where the Ford Escape Hybrid becomes interesting.

The last word
The Ford Escape was once the number-one best-selling compact SUV in Canada. But the model has been eclipsed by the likes of the Honda CR-V and Toyota RAV4, both very solid models with tons of qualities and rabidly loyal owners. For this fourth-generation model, the folks at Ford are doing everything they can to claw their way back to the top of the segment.

The fight will be fierce, especially with a Toyota RAV4 that has become a juggernaut in this country in recent years, but it’s clear to me that the redesigned new Escape is a more attractive product than the old, and the hybrid version is certainly worth considering when compared with the 3-cylinder-engine version that quickly runs out of breath. On the other hand, take the time to consider the merits of the Ford Escape Plug-In Hybrid, which after all features a technology that the American automaker already masters very well.

Quality of construction
The plug-in version is more compelling 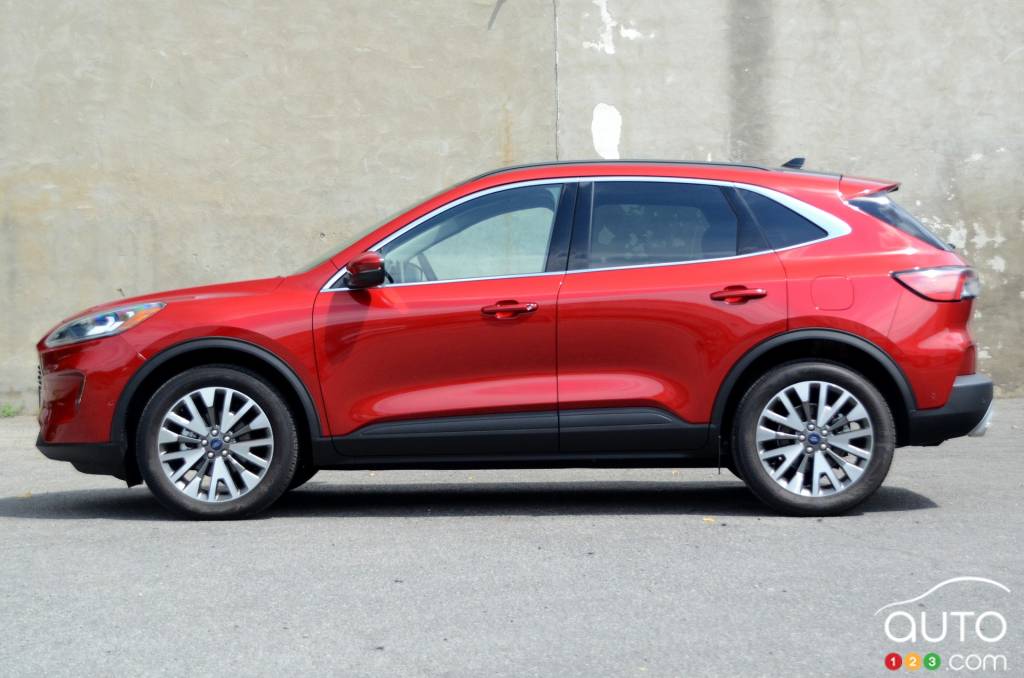 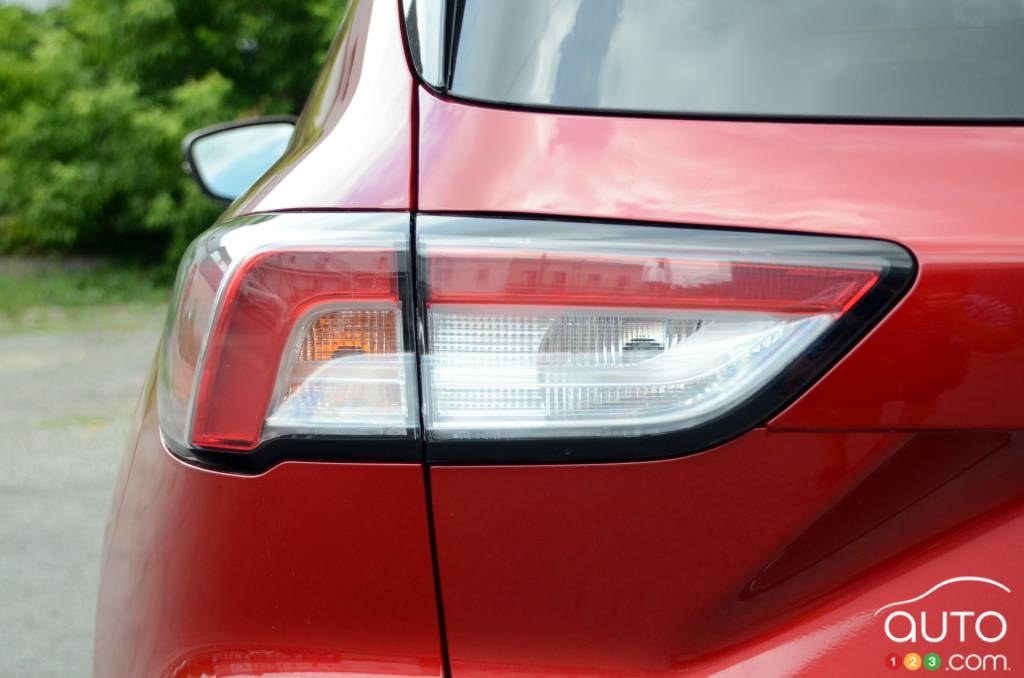 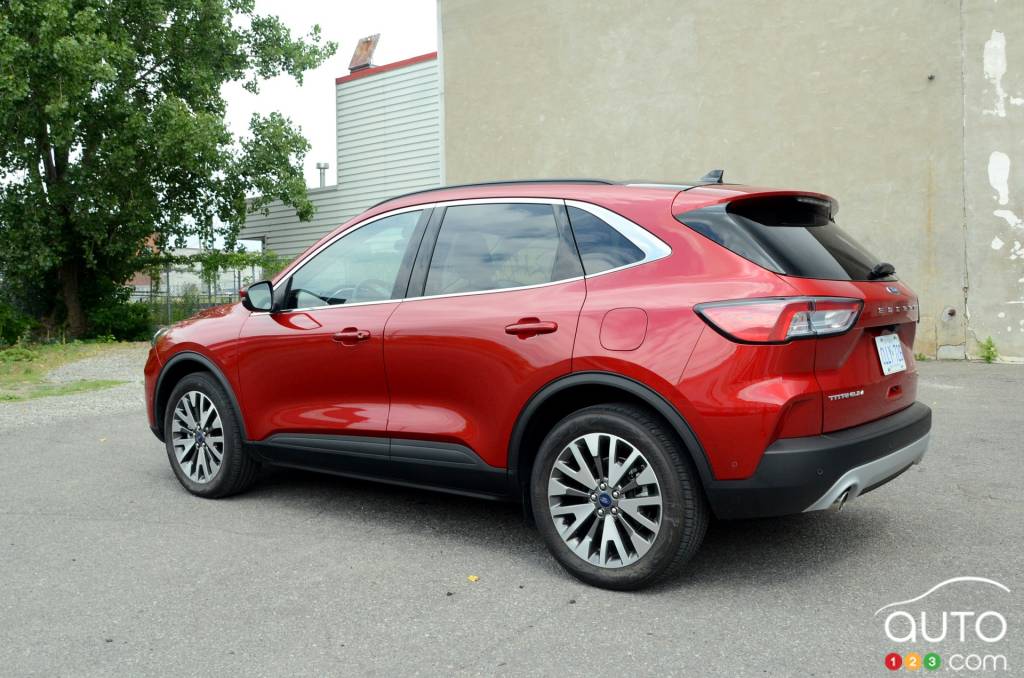 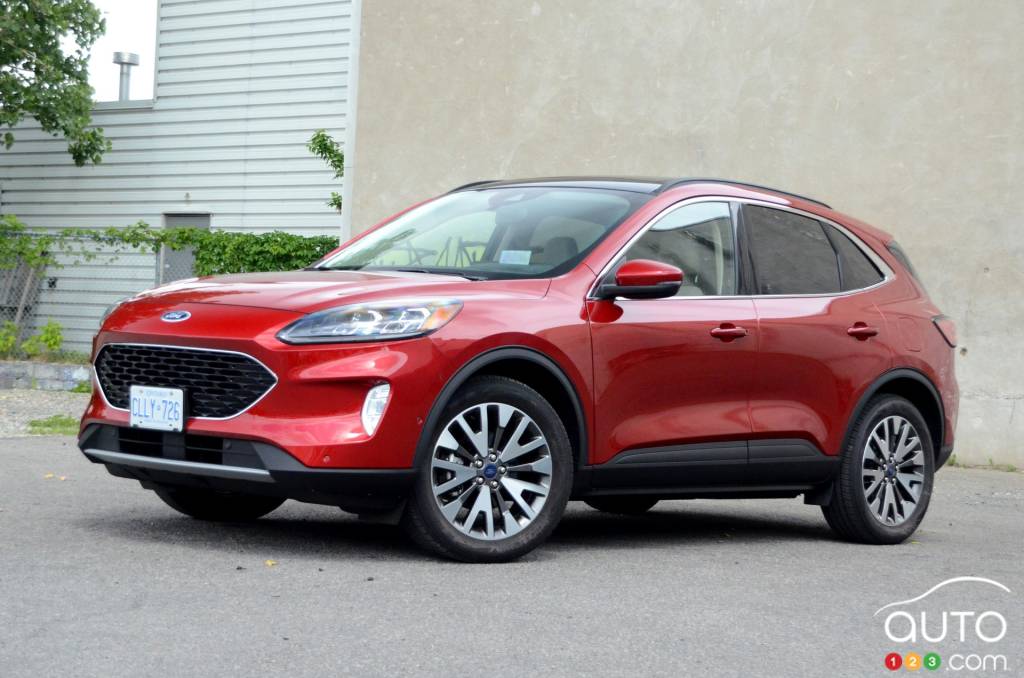