Jackson Hole, WY - During last week’s first drive of the new 2020 GMC Sierra HD, we also had occasion to test out the runt of the Sierra litter, the so-called LD (for Light Duty), on the roads and trails of this pretty corner of Wyoming.

The GMC Sierra AT4 variant has actually already been on the market for a few months, but for 2020 the truck with its off-road appearance package gets an additional engine: a turbodiesel unit, a first for the Sierra 1500. We got a brief taste of the 2020 GMC Sierra AT4 Duramax truck to try and determine if it has the stuff to convince those consumers looking for a diesel-powered pickup.

Six cylinders all in a row, not in a V!
The particularity of the GM engine in comparison with its equivalents at Ram and Ford is in how the cylinders are aligned. That’s right, the GMC Sierra 1500 gets a turbocharged inline-6 unit, though its 3.0L displacement is identical to that of its two V6 turbodiesel rivals.

With an output of 277 hp and maximum torque of 460 lb-ft, the inline-6 is the most powerful of the three engines, although the torque is not as high as what the new V6 EcoDiesel delivers (480 lb-ft).

When questioned about the choice of an inline-6 engine instead of a traditional V6, the team of engineers on hand explained first that General Motors was working starting from a blank sheet in this case. The choice of an inline configuration was mainly due to the ride smoothness it delivers in comparison with a V6, a result of reduced friction that comes from the absence of a balance shaft. GMC’s engineers also worked on making the engine as quiet as possible.

Wedded to the new engine is a 10-speed automatic transmission that has been popping up in an increasing number of products over the past few months; it sends power to both axles of the Sierra, which can be configured in two-wheel or four-wheel drive.

The AT4 makeover
We’ve been getting well-acquainted with this new AT4 iteration in recent months, as the company goes about introducing it in every model in its lineup. It can be identified by the AT4 badges on the sides and backs of the truck, as well a pair of red hooks in front and an exclusive darkened front grille.

The suspension also gets an upgrade to provide more leeway to fans of off-roading. The Sierra AT4 runs on exclusive alloy wheels shod in more-aggressive tires, which is more than welcome when the road surface gets nastier. Note as well the absence of any chrome finishes on the AT4 edition; we’re told this will be a trademark feature of all future models from the brand.

So far, anyways, the formula is a winning one for the automaker, since nearly one-third of the new GMC Sierras sold to date have been AT4 editions. Slotted just below the Denali model, this trim is very complete in terms of equipment included. There’s a reason GMC is expanding the AT4 version across its product range.

A Canyon AT4
In fact, during our time in Wyoming, the company even confirmed the arrival in 2020 of the GMC Canyon AT4. When that version hits the road, every one of the brand’s pickups will feature the trim, and all that will be left to come will other AT4 SUVs.

Interior: same difference
A quick look at the interior tells you that the Sierra AT4 differs hardly at all from its equivalents, in that there’s two-tone leather with orange stitching and AT4 stitched into the headrests. That’s about all there is to tell you this is an AT4 particularly – and actually that’s just fine! A truck owner doesn’t need constant reminders that they’re driving one version and not another…

The dashboard is the same as you’ll find in other light-duty trucks from GMC. Some might find the touchscreen on the centre of the console to be too small at eight inches. I suppose it could be 12, but I’m a fan of simple solutions and the row of knobs and buttons under the “small” screen is more traditional and actually easier to use day in, day out.

The seating is very comfortable in both rows, and there’s no shortage of storage spaces. In fact, the fact that the gear shifter is still mounted on the steering wheel – talk about traditional – frees up space between the front-row seats. Which means you can recharge your smartphone by induction on a pad, and there are two cup-holders as well as a large storage box that closes.

Good for fuel economy and towing
There are two big selling points for a turbodiesel powertrain in this segment in particular. With a combined fuel consumption rating of 9.9L/100 km (according to EnerGuide), the Duramax engine is the thriftiest of the five engines available for the Sierra 1500. Even the new 2.7L 4-cylinder turbo is higher, at 11.7L/100 km. Moreover, the diesel unit is ideally suited for towing, thanks to the tremendous torque available at low RPM.

I even had the opportunity on this day of testing to drive a Denali edition with the 3.0L Duramax engine, and while accelerations were muted with the trailer attached, the truck gave us absolutely no cause for worry during the exercise.  The Tow/Haul function made things even easier, the engine brake doing a great job of tempering the ardor of the Sierra on hills.

We spent the rest of this first day with the Duramax engine driving without any trailer or any load in the bed. In that context, the inline-6 is certainly very gentle (even linear), to the point where at low RPM it didn’t sound much like a diesel. Apply pressure on the accelerator, however, and the particularity of this engine becomes apparent. The turbocharger makes itself heard simultaneously with the usual uproar of a diesel engine. I can assure it’s far from unpleasant!

The transmission, as expected, works very transparently with the 6-cylinder. For the rest, the GMC Sierra AT4 with Duramax engine behaves like the other versions of the 1500.

The last word
While the diesel engine certainly took a hit in the wake of the Volkswagen diesel scandal, the technology remains quite appropriate and relevant for certain types of vehicles. In a light-duty truck that has to be able to work sometimes, a 6-cylinder that consumes on a par with a midsize sedan, without losing out performance-wise, is a benediction for pickup owners. Do know that getting the diesel engine with an AT4 edition costs an extra $3,135, but many will find this is plenty worth it when the alternative is a greedy V8. 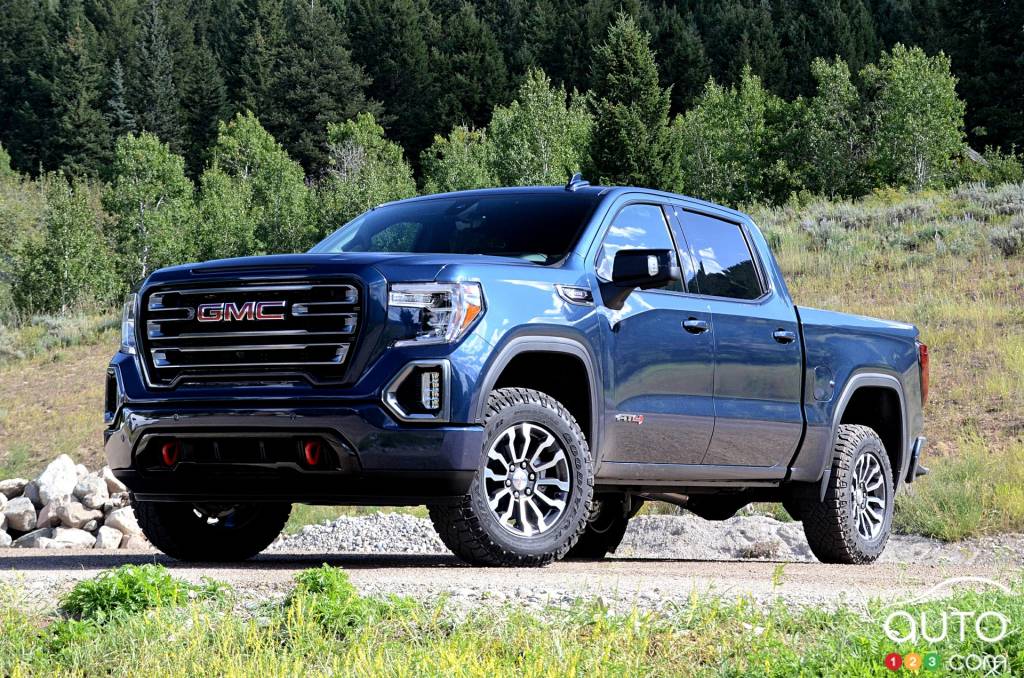 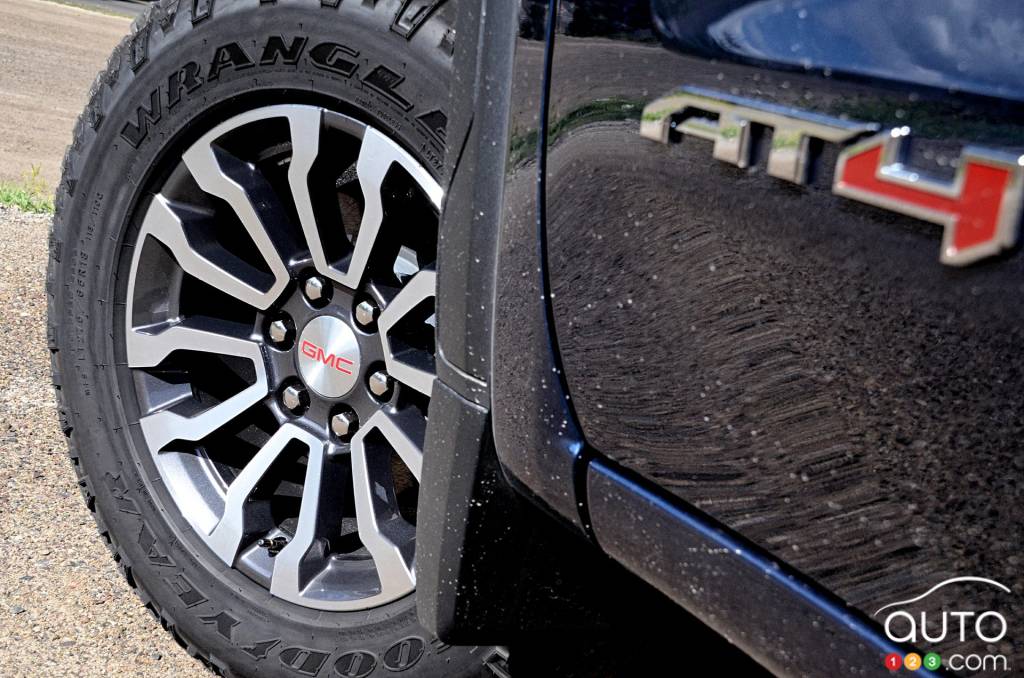 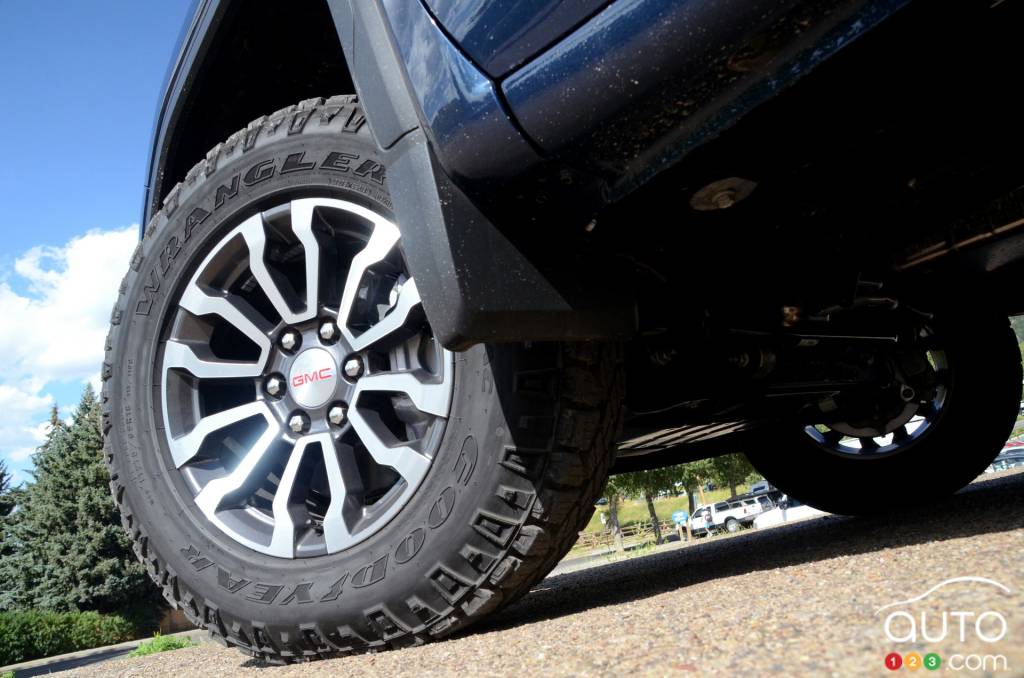 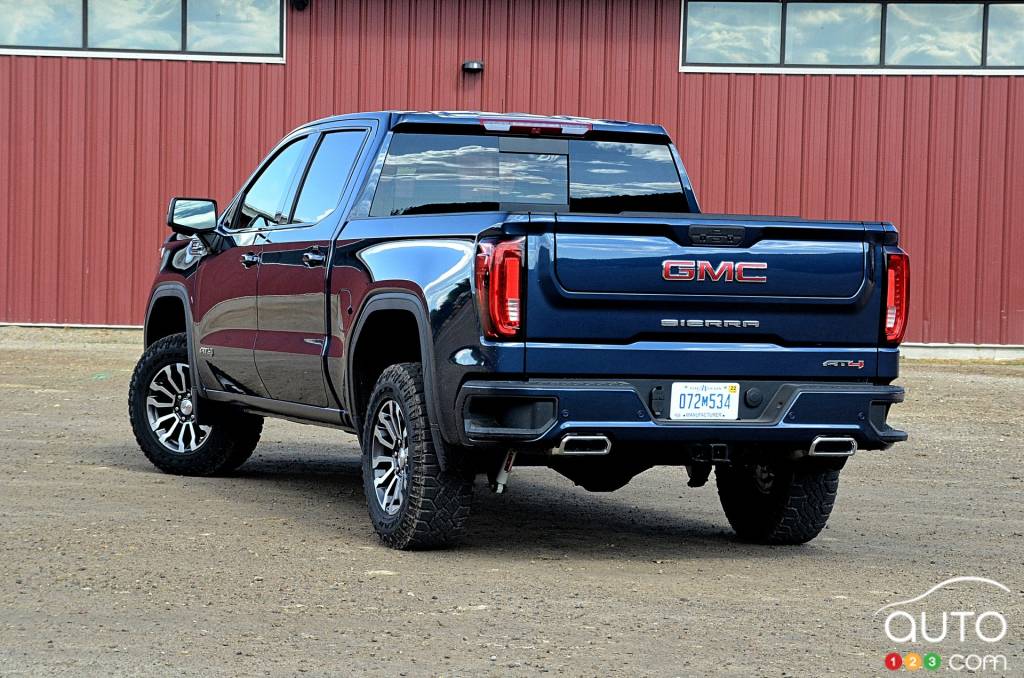 Auto123 gets behind the wheel of an AT4 Diesel version of the GMC Sierra 1500, with the goal of ascertaining its relevance amid the multiple available varian...