Nissan and its Infiniti premium brand have been buffeted by strong storm winds lately, and that’s probably an understatement. The pandemic hit all automakers hard this past spring but the Japanese automaker may have gotten it worse than any other, as its sales were already sagging before then, and its fleet continues to age. There are a bunch of new models and generations lined up, but for now that’s in the future - the cavalry is on the way but it has not yet arrived.

Looking specifically at the Infiniti marque, it’s clear of course that a big part of that future lies in utility models – see the recent presentation of the QX60 Monograph, a foretaste of the production model to come. As well, we’ll probably keep hearing a lot about electric mobility at the centre of discussions involving Infiniti, because, well, just about every carmaker is taking steps in that direction.

So where does that leave the Q50 (sedan) and Q60 (coupe) performance cars? Good question. For now they continue to make up the entirety of the brand’s car lineup, and also for now, Infiniti hasn’t given much indication about which way the wind’s blowing within company HQ regarding their future.

So we’ll stick to now. For now. In 2020, the Q50 lineup welcomes the Pure variant to the party. It, and the Signature, Sport and I-Line Red Sport trims, all run on a V6 engine, the 4-cylinder having been discontinued as a possibility last year. A V6 as the standard engine, thus, which is not common in this segment. The unit delivers 300 hp and 295 lb-ft of torque, working in conjunction with a 7-speed automatic transmission with manual mode. My tester was the Signature edition, decked in an eye-catching Iridium Blue. So, blue. 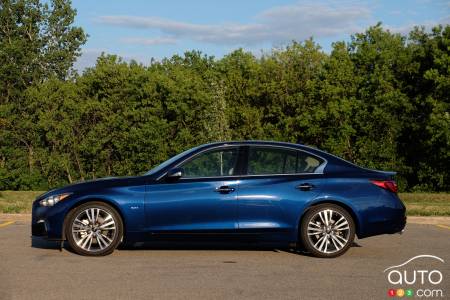 Outside there’s no change from the year prior, which is fine because the Q50 is a nicely proportioned car and didn’t need much tweaking. It sits low to the ground, which might make some folks with bad backs/knees grunt when getting in and out, but it looks good and presumably benefits from that aerodynamically. The model’s stance is bold thanks to the wide mesh grille, slanted headlights and sculpted hood.

My tester, the Signature, is frankly the real starting point for anyone who wants a Q50 that feels as premium as the price you’re paying for the model. It comes with 19-inch wheels (and tires), sport front bumper, chrome trim on the front fascia and a body-coloured rear decklid spoiler. Inside, you get a power-sliding tinted-glass moonroof, leather sport seating, extendible front seats, lumbar and torso support for the driver’s seat, split-folding rear seat (a bit surprising that’s not in the Pure edition), eco pedal and remote engine start. 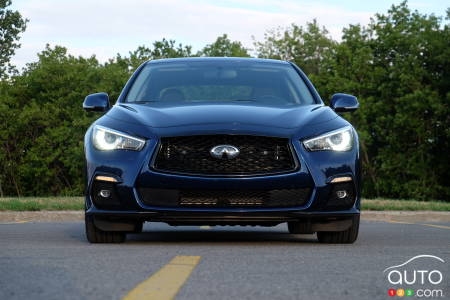 The drive
There’s undeniable pleasure in driving the Q50, which performs largely as sportily as it looks. Acceleration off the line is impressive, with 0-100 km/h taking around 5.8 seconds. The car is nimble on corners and hugs the road with purpose.

My only caveat, and it’s a disconcerting one, involves the model’s steering (in the Signature that’s simply electric power steering, not the aforementioned steer-by-wire system), which for the third year running I found has a tendency to be occasionally jumpy when car and I are moving at speed – speed being above 110 km/h. Did I mention it can be disconcerting? It’s not a bad system, exactly – it is otherwise precise, though not particularly heavy in the hands – but I have to admit that at 110 km/h or above is exactly when I want to feel a really sturdy, reliable connection with the road. And no surprises. 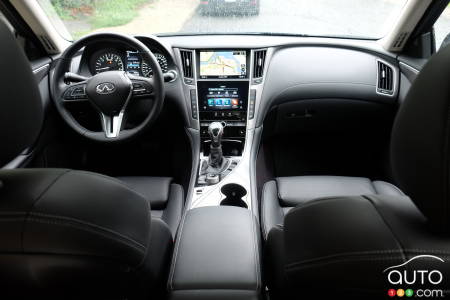 Otherwise, though, the drive you get from the 2020 Infiniti Q50 is nothing to sneeze at, especially given that it doubles very well as a comfortable day-to-day transport. No one can really claim the luxury quotient is on a par with the German stalwarts of the category, but this Infiniti does hold its own very well in comparison with the Genesis G70 and rivals from Acura and Lexus, for example. If Infiniti could tighten up the steering issue (literally and figuratively) and make the interior just a little more upscale, it would have a fearsome pretender in the category.

Of course, that’s assuming the company maintains its commitment to the model. Time will tell, but the problem for the Japanese automaker is that while the resources it has available to pour into modernizing and upgrading its performance sedan are limited, the Germans continue to bring improvement to their own products. It’s not clear that Infiniti has the weaponry to win this kind of arms race. And that’s before you account for the arrival of the impressive Cadillac CT5-V. 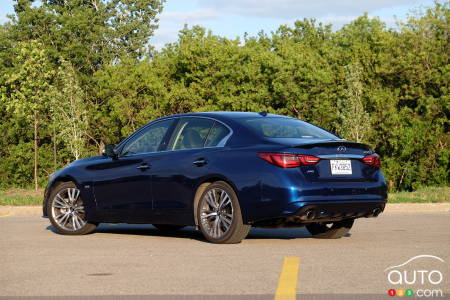 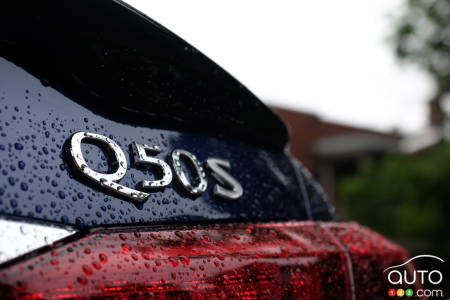 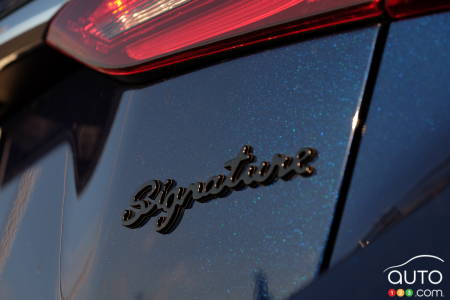 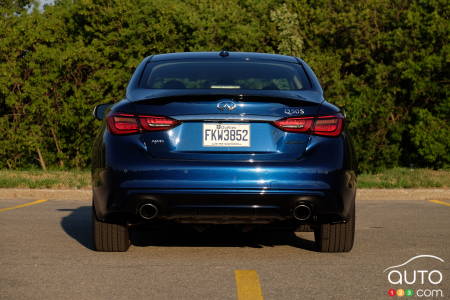 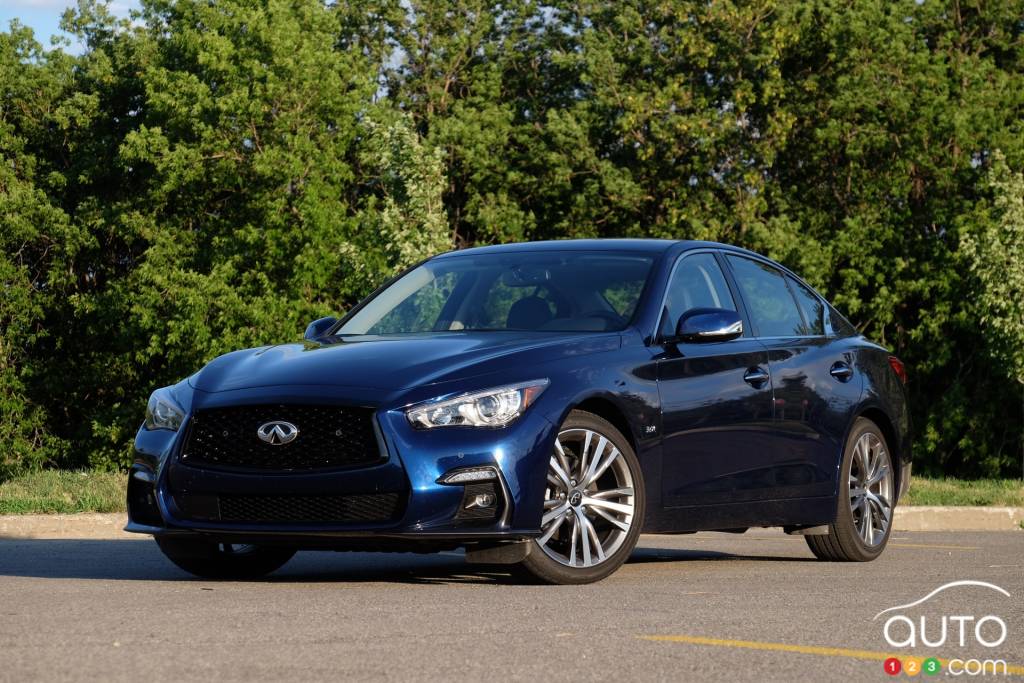 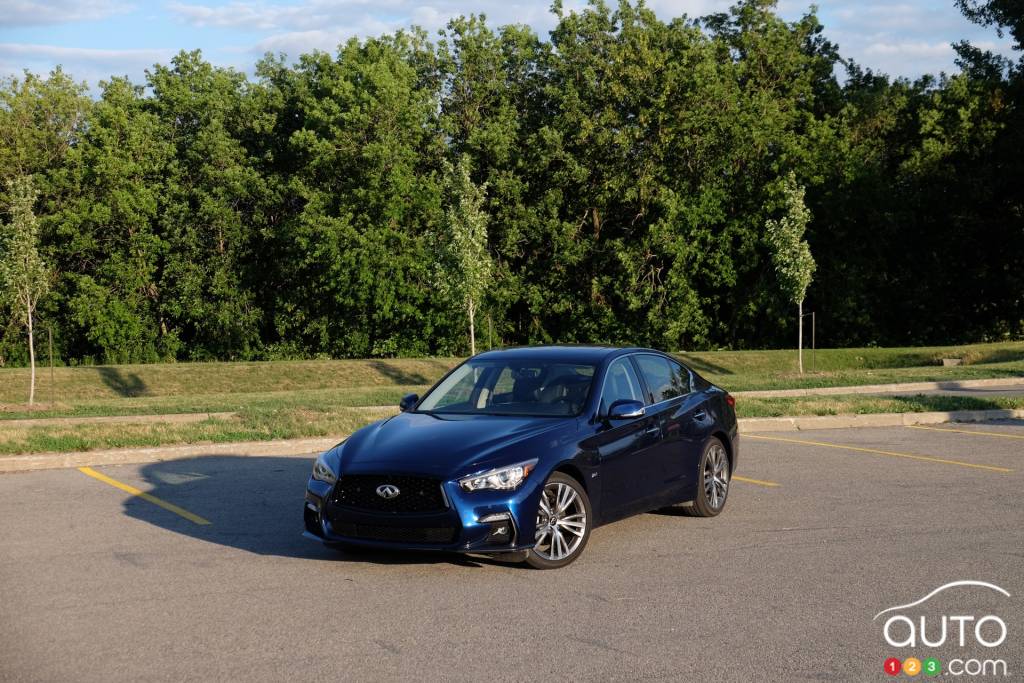 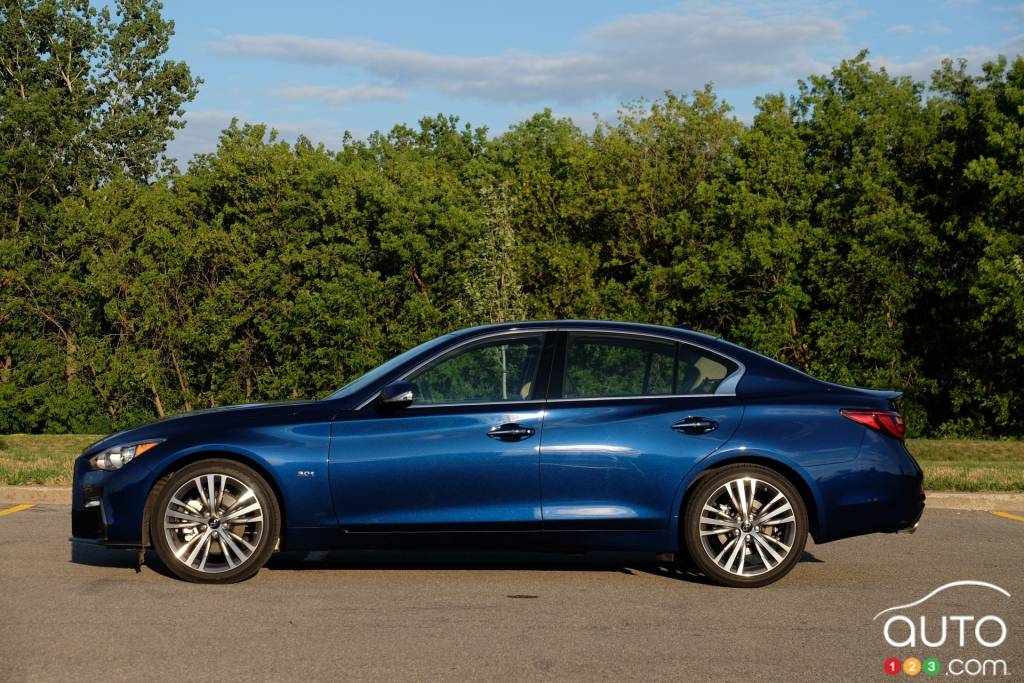 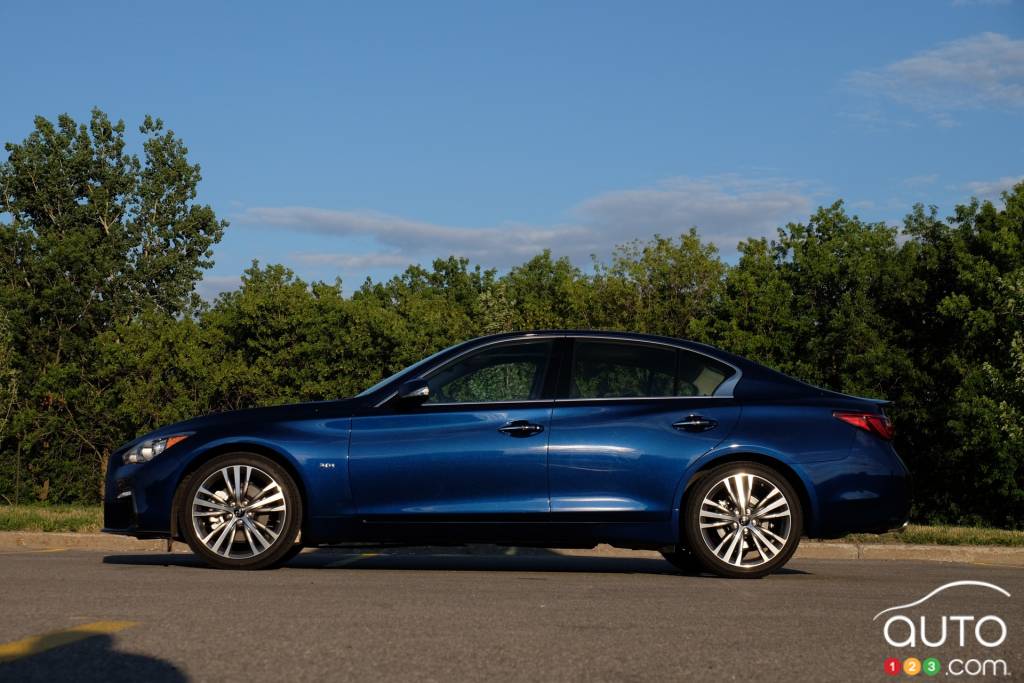 The 2020 Mercedes-Benz E 450, a sedate-looking but very able premium car that makes a great case for itself as a mid-size sedan in an age of luxury utility m...