There are some cars that make their mark on the collective imagination through their appearance, their sound or even their motorsports fame. The Subaru WRX is one of those mythical cars that draw young and once-young sensation-seeking motorists in like moths to a flame, thanks in part to its business card that reads, unofficially, “road-legal rally car”.

Now, this version we tested is a straight WRX version, less lunatic in its capacities than the model range-topping WRX STI, but still, for everyday use, the Subaru WRX equipped with the RS package is a great way to get around in on a curving highway or side road or winding up a mountainside, in any season to boot.

Launched in 2014 (as a 2015 model), the current generation of the WRX is starting to show clear signs of aging compared to its category rivals, but despite its mild technical anachronisms, the Subaru brand’s resident sports sedan still has a few tricks up its sleeve. Most notable is a short six-speed manual transmission, a component that is likely soon to be consigned to the dustbin of automotive history.

Getting behind the wheel of the 2020 WRX Sport-tech RS was the occasion for me to reacquaint myself with just what the second sportiest car in the Subaru lineup is capable of.

Is the RS package worth it?
Thankfully, the RS package, which doesn’t bring with it any external signage to advertise its presence, is not a cosmetic makeup job - although it does add stitching to the upholstery and a red tint to the brake calipers. In fact, these brakes come directly from the Brembo catalogue, with calipers that benefit from two extra pistons up front and one extra piston in the rear. As a result the WRX RS brakes with more bite, which you’ll agree is quite welcome on a sports sedan. Equipped with these brakes, the WRX is more likely to resist abuse in closed-circuit driving.

Valued at $2,900, the RS package also comes with sport bucket seats courtesy Recaro, and quite frankly, they alone make it worth the extra expense. They’ll hug you but they're not so aggressive that they interfere with comfort in daily driving or even a long road trip.

The WRX: an old car?
Though I wouldn’t say the sedan's silhouette is outdated, it can probably do with a light refresh. Speaking of which, the 2017 VIZIV Performance Prototype showed what we can reasonably expect from the next generation of the WRX; and while the automaker’s m.o. is to produce production versions quite a bit more sedate than the original concepts, that 2017 prototype is cause for excitement.

For now, though, fans of the model will have to make do with the widened wheel arches, 18-inch wheels, typically Subaru bumper, rear end featuring four exhaust pipes and a small spoiler on the tip of the trunk that mark it as a WRX, performance sedan that by the way has been part of the automotive landscape in Canada since 2002.

Inside
The cabin is also showing unmistakable signs of aging. Compare this interior to those of the brand's other compact models (Impreza, Crosstrek and Forester) and the WRX doesn't appear too "old", but it looks more faded when you stack it up against tech-minded rivals in the category like the Honda Civic Type R or the Hyundai Veloster N; then the WRX suddenly seems less striking.

This low-key approach has its upside, mind you. The dashboard is very functional and you don't get too lost in it on a daily basis. Even the infotainment system is fairly straightforward to handle.

The extra-wide steering wheel may not please everyone, and neither might the gear-shift knob, for the same reason. I have to admit that gearshift lever took me a few minutes to acclimatize to. It still lacks precision compared to other manual transmissions on the market and the clutch is heavy. Still, this "traditional" solution adds a lot of character to the WRX, especially considering that the other option is a continuously variable transmission.

At the wheel
All those so-called age-related flaws of the sport sedan I mentioned? They don't matter when you sit behind the wheel. As it happens I had driven a WRX STI last winter, and I can confirm the optimal torque delivered lower in the range (in the WRX) appears earlier in acceleration, as the STI badged WRX delivering its torque higher up the curve of its engine RPM. Overall, it's more progressive in the WRX, but a little less explosive at high RPM…

Not surprisingly, the WRX's power steering is quite heavy, though it’s not as connected to the road as the WRX STI's, which still uses hydraulic power steering. In this regard, I prefer the character of the STI will more punctually tell the truth about what’s going on to the person behind the wheel. Nonetheless, the WRX is definitely more exhilarating to drive than an Impreza, and it's not just because of the 268-hp, 4-cylinder flat-bed engine.

Despite its age, the chassis is very rigid, as is the suspension, which is calibrated for optimal handling. Those who hope to be pampered aboard the WRX in the springtime when our Canadian roads are infamously cratered will have to look elsewhere, say at a Volkswagen, the Golf R in particular which is much more user-friendly a pocket rocket. On the other hand, the Subaru WRX equipped with the RS package is definitely one of the more attractive, if more-traditional options in the segment.

The last word
This newest encounter with the Subaru WRX confirms to me there's still hope for those who prefer a sporty and fun driving experience year-round (remember, Subaru equals AWD). The WRX may be old, its comfort is nothing like that of a Legacy and its fuel consumption - especially if your right foot is heavy - is higher than an equivalent ‘regular’ compact car. The current COVID-19 crisis that has seen gas prices melt away will only help that a little, and only temporarily.

In the end, the Subaru WRX has lost none of its original essence, and that's just as well. Long live this formula, and above all, long live the manual option!

The stiff suspension
The heavy clutch
The car is aging 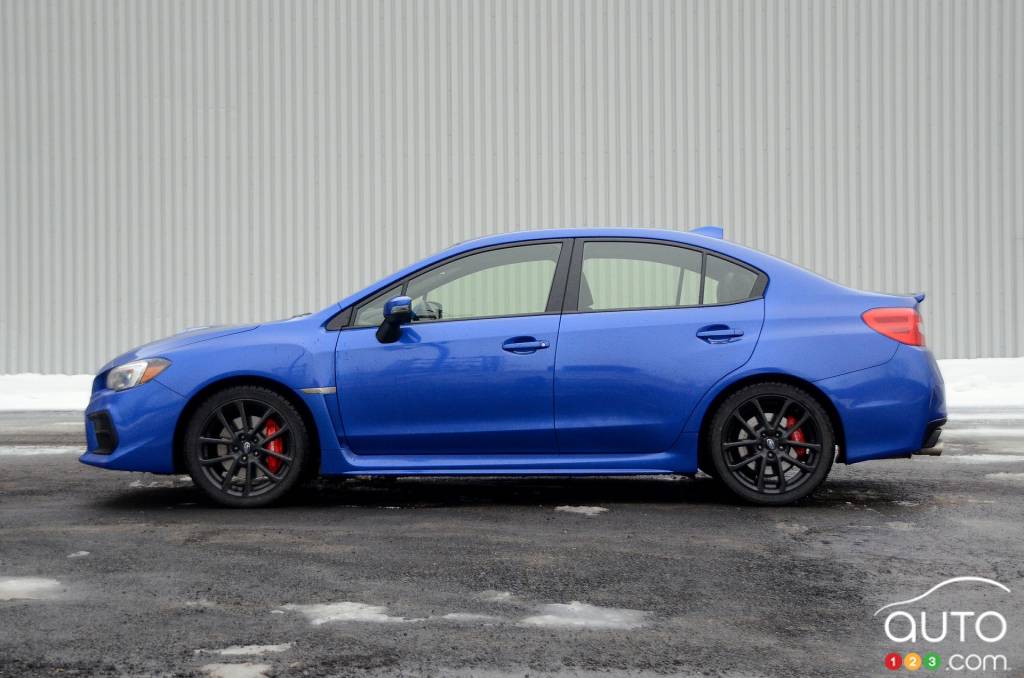 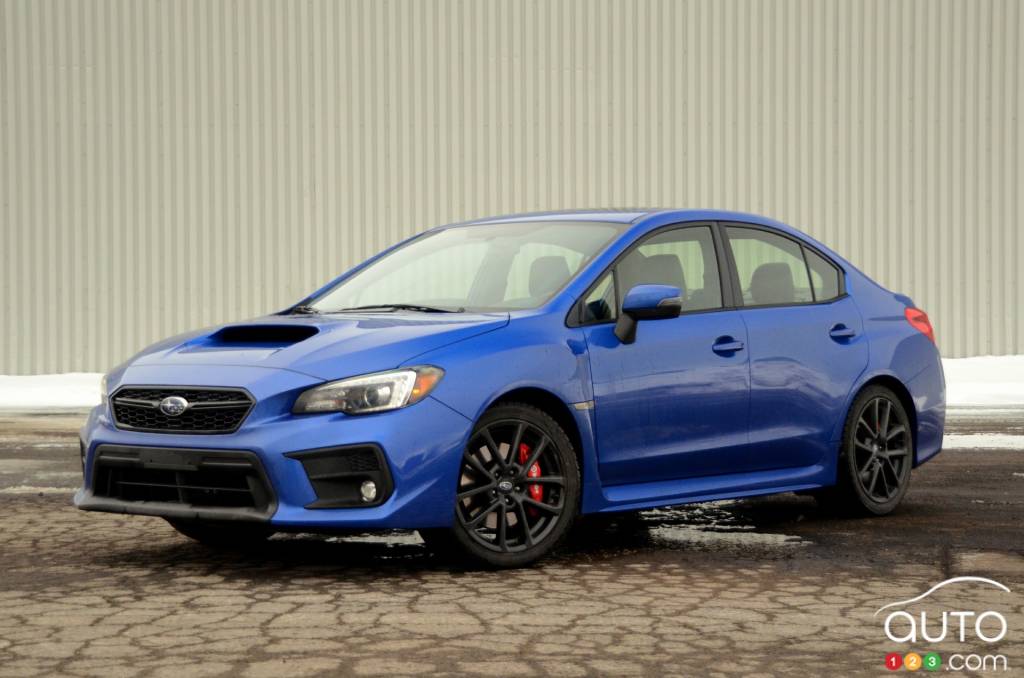 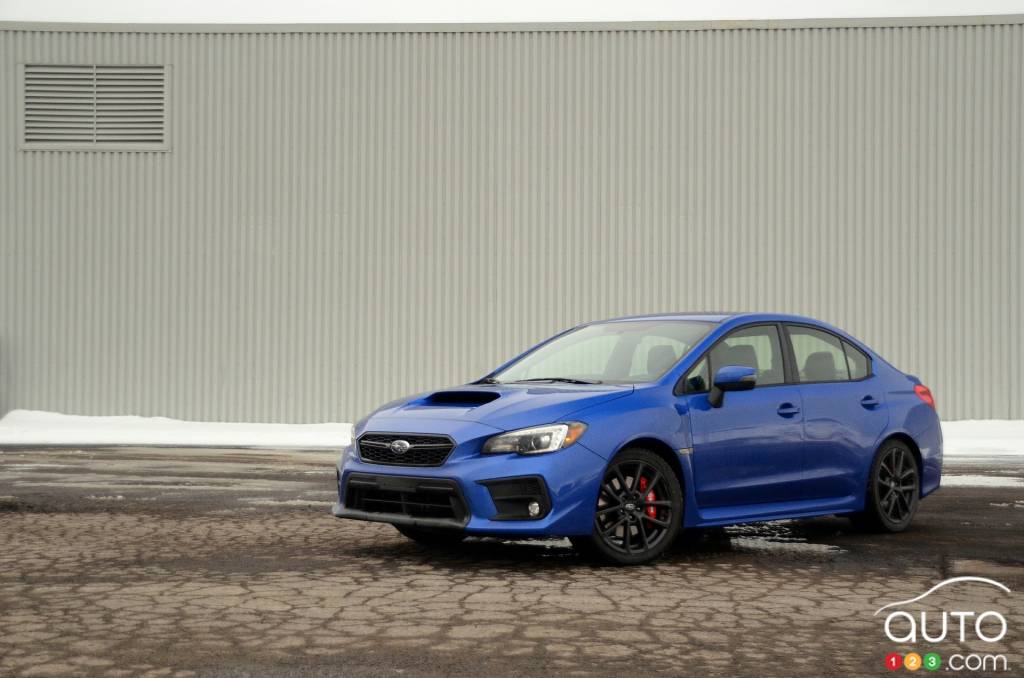 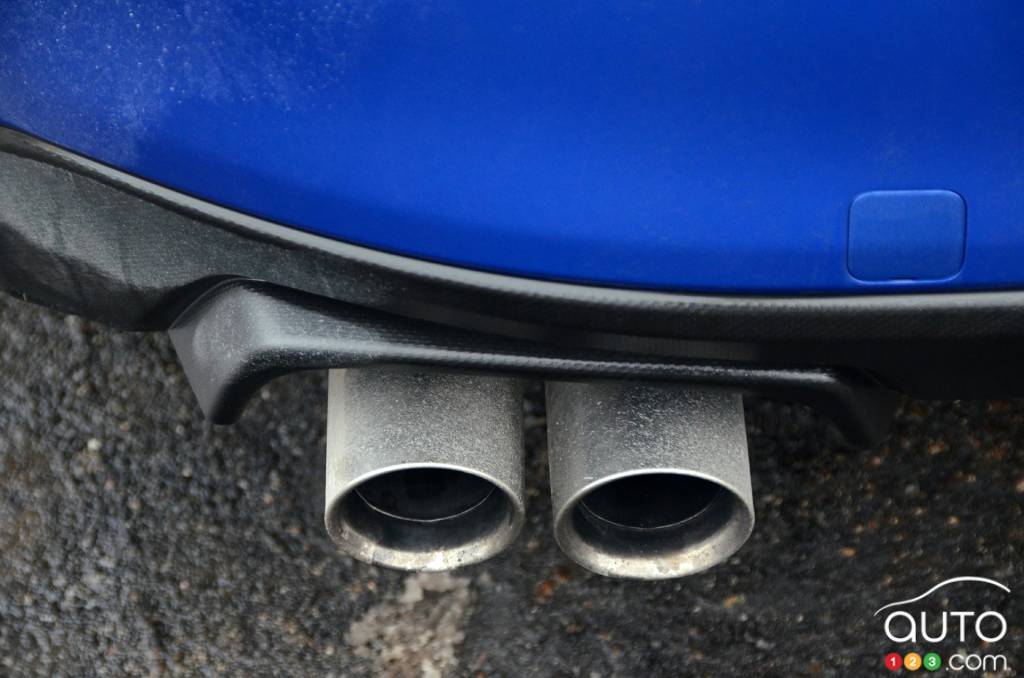 Subaru Winter Experience 2020: The Art of Waltzing on a F...

At the invitation of Subaru Canada, we returned to Wisconsin this winter to drive Subaru cars at high speed on a frozen lake, because why wouldn’t we?

Next Subaru WRX and STI Expected in Late 2020

Subaru is working on the next editions of the WRX and STI models and should have them ready in the latter part of 2020. The two sporty models will likely get...