The BMW X6 started a movement in 2008, one that is alive and well today at the German automaker: there are as many X-stamped models at BMW as there are days in the week. That first coupe SUV quickly stomped all over its first rival the Acura ZDX, but over the years, the trend in performance-focused SUVs of its kind has grown, to the point where there’s reason to believe that the traditional coupe - the one that sits on the ground, not the one that comes with a higher ground clearance - is on its way out.

In 2021, BMW still counts the X6 on its roster, but the range of SUVs with sloping rooflines has expanded since 2009; there are now similar X2 and X4 variants. This winter I had occasion to test drive the latter of those, in particular the version that carries another world-renowned badge: the M.

The BMW X4 M debuted last year alongside its flat-roofed counterpart, the X3 M Competition, a model that in its own right impressed me in many ways. This time around, my test drive came accompanied by a backdrop of snow and ice on the ground, as it happened the exact opposite of my earlier test drive of the X3 M Competition in the fall of 2019. So the question was, would the more-aerodynamic X4 perform as well as its platform cousin?

To be perfectly honest, the typical buyer of this kind of high-sitting performance vehicle likely doesn't really care about this statistic when browsing the brand's Canadian website. The only question he or she might ask is: do I prefer the classic or the sportier silhouette? Nor the trunk volume really matter much here, even though the X4 (524L) gives away 289 litres in space to the X3 (813L) 289 litres; the difference is similar when you fold down the back seats for loading larger items, by the way.

Rather more striking than those dry considerations during my time with the X4 M Competition is the performance – and sound – of the sublime inline-6-cylinder performance-focused engine. Personally, I find that the vehicle sounds clearer when the windows are open - the soundproofing filters out outside noise rather well - but then again, the symphony from the 6-cylinder isn't unpleasant when the cabin is sealed either. The automatic transmission does an excellent job regardless of the drive mode selected, although some would surely prefer a dual-clutch transmission instead of this 8-speed automatic unit.

Acceleration is simply mind-boggling when the button displayed on the tachometer is placed in Sport Plus mode. What's more, one of the two steering wheel-mounted modes (M1 or M2) turns the X4 M into a beast that's ready to take on any racetrack, and that’s not much of an exaggeration. In fact, on a snow- and ice-covered road, I simply couldn't get the tires to bite down, with the traction control system deactivated and the rear end of the vehicle swaying like a troupe of dancers in the middle of a rehearsal. Thankfully, my test drive of the X3 M Competition allowed me to discover the full potential of this vehicle.

The X4 M Competition proves less compatible with Quebec's notoriously worn-out roads in terms of its suspension. Fortunately, that suspension is adjustable by the driver, but even the Comfort mode - and the reduced-diameter rims of the winter package - can't make the ride as comfortable as in a regular, non-M X4. But the seats do help deal with that; they're not only comfortable, they're supportive for cornering at high speeds.

The same goes for the rear, where the seating is quite comfortable as well, and headroom is generous despite the shape of the vehicle. However, take note that in this coupe-style variant you do have to bend over to get into the second row.

The ability to adjust several settings is great news and will make the model appeal to as many drivers as possible. Personally, I set the steering in Sport mode, the powertrain in Sport Plus mode for maximum performance and the suspension in Comfort mode. In fact, even the steering in Comfort mode is very pleasant to use during cornering on secondary roads.

A rich interior
Not surprisingly, it’s clear pretty quickly once you enter inside how much quality there is on board this high-legged hot rod. The materials are superbly matched, the plastics are beautifully crafted, and the ergonomics are impressive, although there is a learning curve to master all these controls that allow you to adjust performance parameters. In this respect, BMW makes it almost a badge of honour to make things complicated. Looked at from another point of view, of course, the many different driving modes is to be applauded.

The driving position meanwhile is wonderful, and the steering wheel isn't unpleasant to hold either, while the infotainment system is easy to use on a daily basis. I should mention, however, that the X4 M is not a model that offers very good rearward visibility, and frankly that alone is a detail important enough to make me lean towards the more-classic X3 M.

The last word
So is the 2021 BMW X4 M Competition a high-heeled sports car or a crossover hunkered down as low as possible on its huge tires to give it sports car airs? In comparison with almost any SUV of the past, the BMW X4 M has no need to slow down much in corners for fear of tipping over. The vehicle really offers a performance worthy of a sports car, and I didn't even get into the mechanics... it's downright demonic! On a few occasions, I found myself sinking into the seat as a result of heavy pressure on the right pedal.

But, and this is where it gets interesting for some consumers, the ground clearance is slightly higher than that of a car. Which of course makes it easier to get out of a snowbank in the winter and even out of small holes when driving off-road. I say this even though the truth few owners of an X4 M owner will dare venture out on rough terrain...

In my opinion, the X4 M Competition sits firmly at the far end of the utility spectrum. At the near-extreme are models like the Jeep Wrangler, Ford Bronco and Land Rover Defender, off-road specialists all; opposite them are power-mad ‘utes like the razor-sharp X4, which can almost match the cars from which they're derived.

The firmness of the suspension
Rear visibility (!)
The price 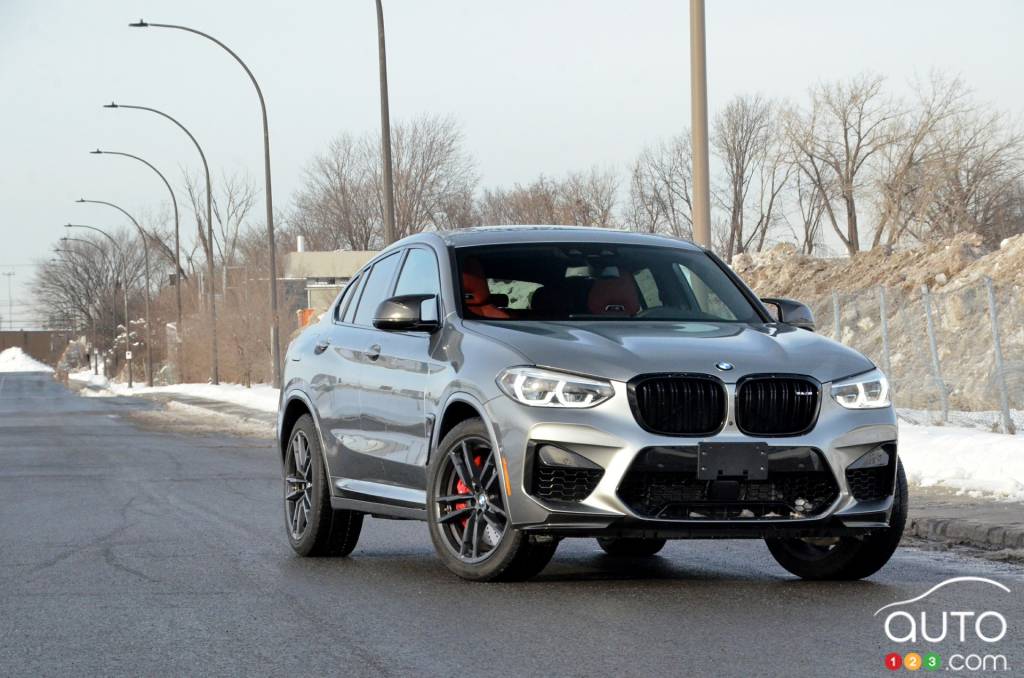 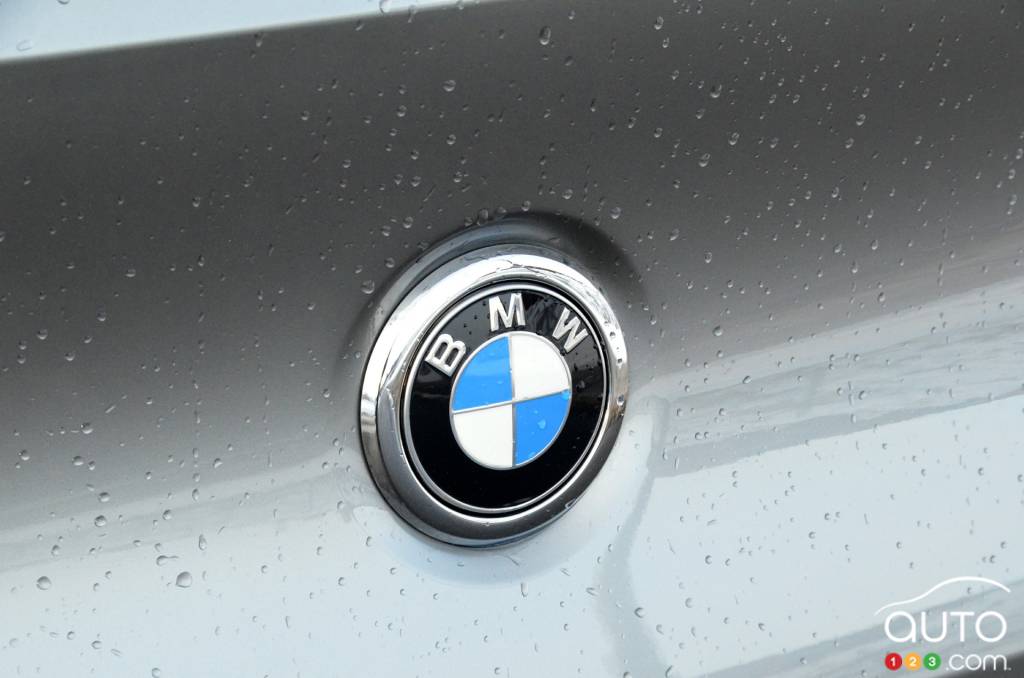 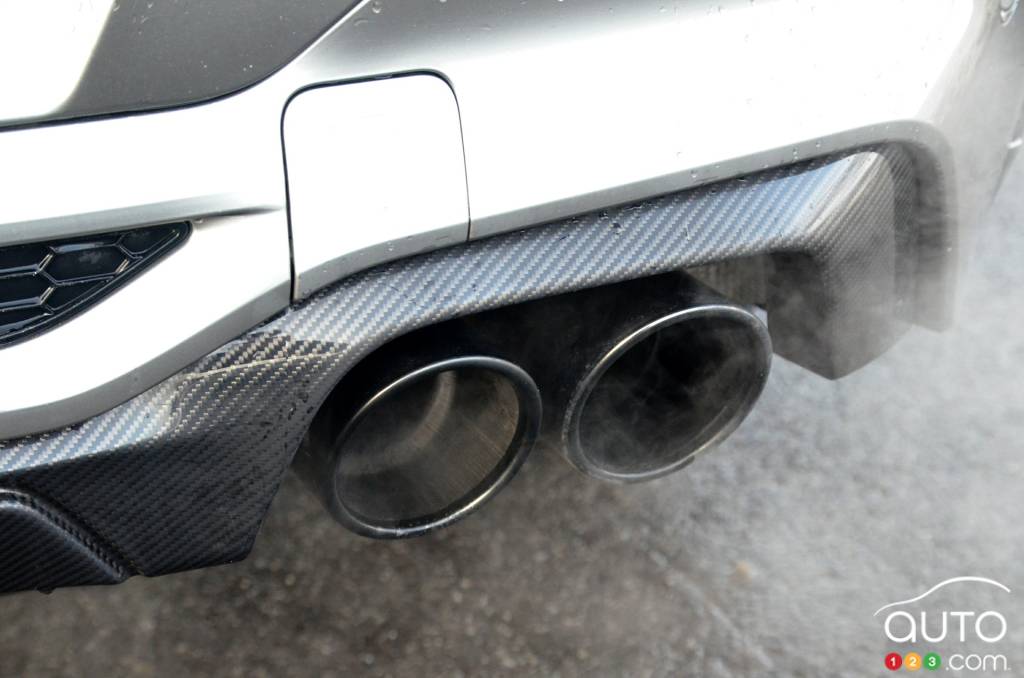 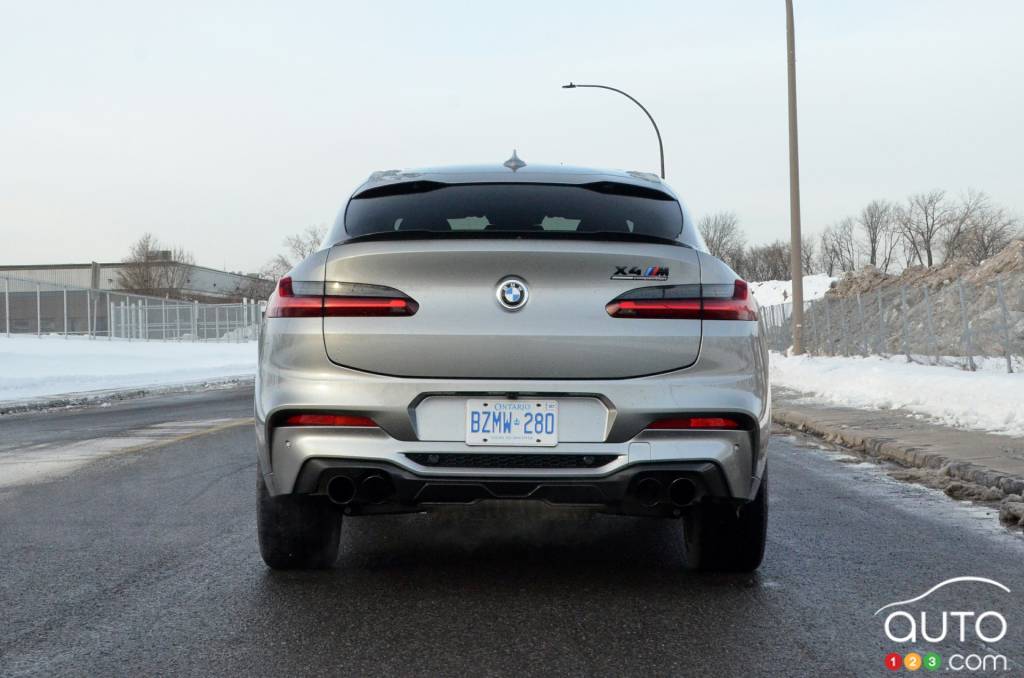 To help mark the 50th birthday of its M performance division, BMW unveiled the XM Concept, which previews the future flagship SUV for the German brand’s perf...