BMW already offers super-luxury models, but the German automaker has even more singular goals. Indeed, with the XM concept just unveiled, the German manufacturer has in its sights the likes of the Lamborghini Urus and future Ferrari Purosangue.

And we're talking about a full-fledged, stand-alone M model, not an M version of an existing product, something not seen since the M1 in the late 1970s. And for those who might be surprised by the choice of this SUV for the follow-up to that legendary model, know that one out of every three M vehicles sold in North America is an SUV. And the market is growing.

This vehicle will thus only be marketed as an M proposition.

Marcus Syring, the head of design for BMW's M division, says that the production version, which is anticipated for late next year, will carry 80 to 90 percent of the design elements seen in the design study shown today. According to the designer, the M division wanted to celebrate its 50th anniversary (it was founded in 1972) with something surprising, something unexpected. In fact, the SUV borrows elements that were seen on the M1, which appeared in 1978. An example: the two BMW logos on the rear window.

As for the overall look of the XM, Syring, said, “Good design starts with good proportions”. 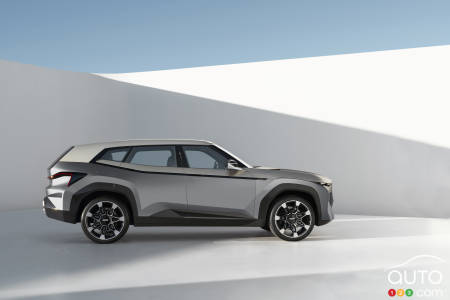 The XM's design also incorporates features found on the brand's other current SUVs. We can guess that it will also inspire designers when comes time to create the next generation of BMW models. What's most surprising is the shape of the rear end, which is very different and distinct. Least surprising? At the front, we find the traditional nostrils of the brand, and these are rather massive.

As for proportions, the XM has the same 122.2-inch wheelbase as the X7. It sits on 23-inch wheels, but the design would allow for smaller ones.

Under the hood, the XM uses the brand's twin-turbocharged 4.4L V8, but as part of a plug-in hybrid configuration. BMW claims the package can deliver 750 hp and 737 lb-ft of torque, making it the most powerful M model in history. The rivals the model will target on the market have outputs around 650 hp.

From the electric component, BMW is hoping for a range of around 50 km and yes, the powertrain could eventually find its way into other M configurations in the BMW range. Inside, things are obviously very modern and the leather takes on a rather rich look. Worth nothing is the absence of a third row of seats. The second-row seats are covered in quilted velvet, but we'll see about the production model. One thing's for sure, it's clear that they're targeting an even more affluent clientele with this vehicle.

Assembly of the XM will begin late next year at BMW's factory in Spartanburg, South Carolina. Expect a starting price of well over $100,000. 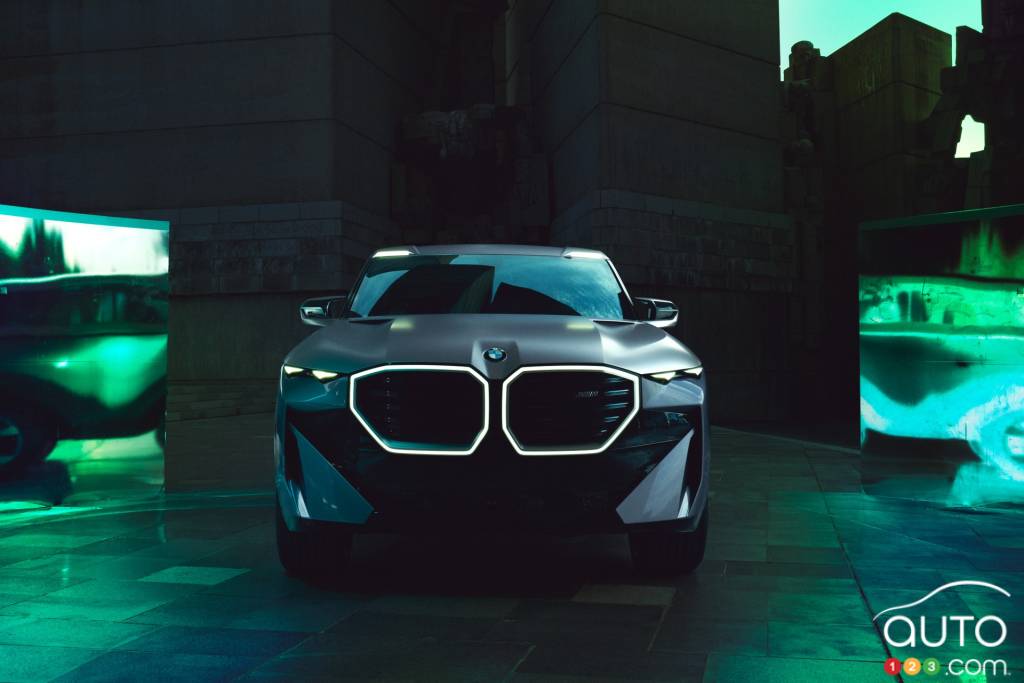 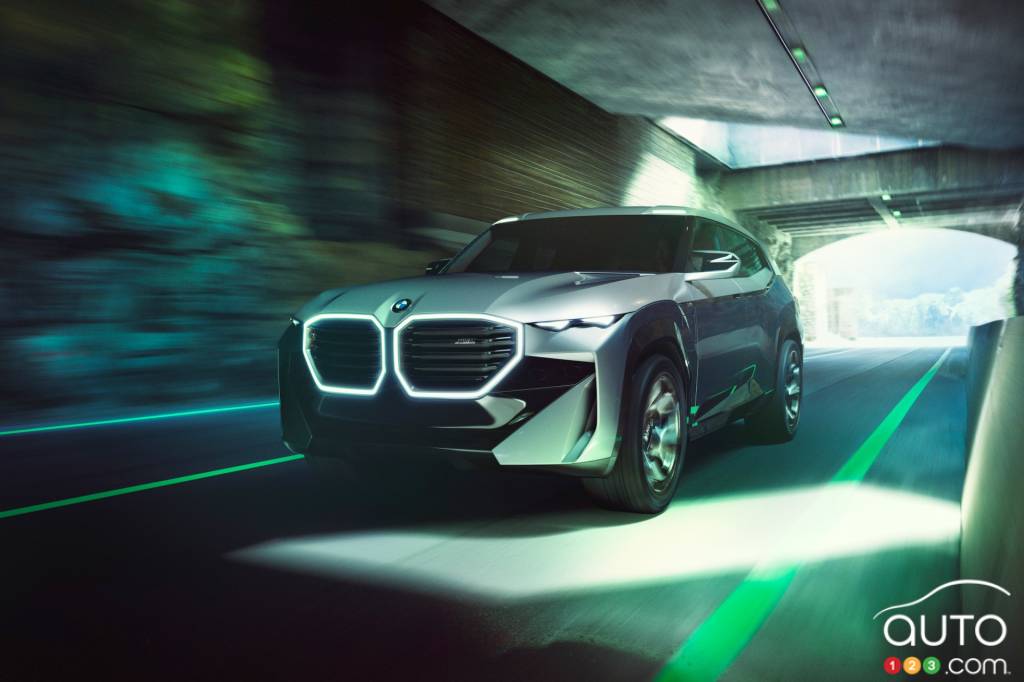 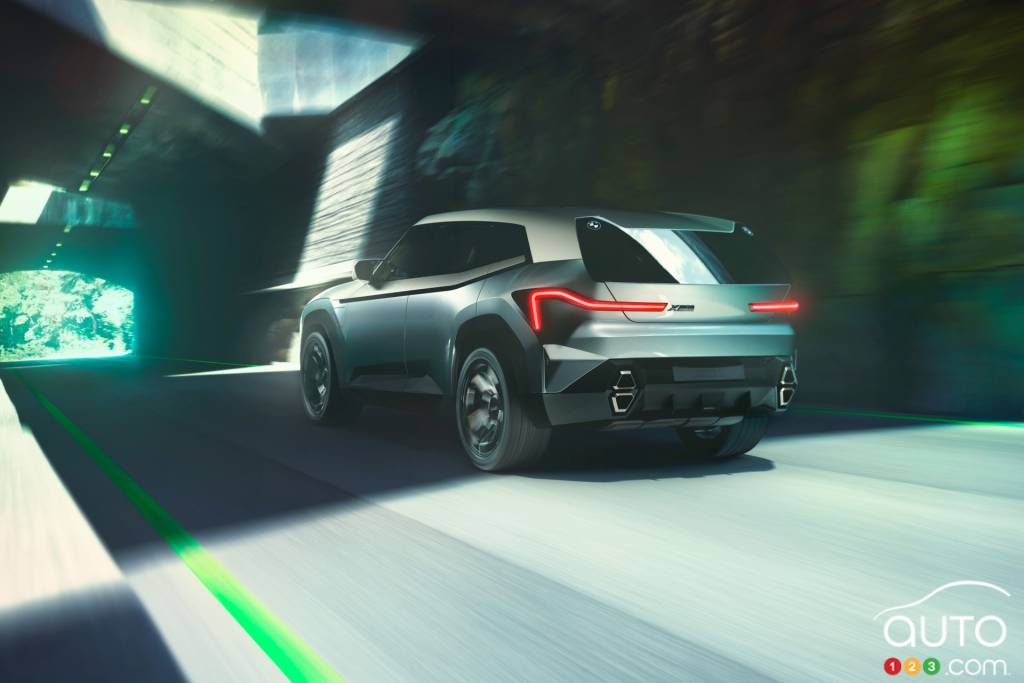 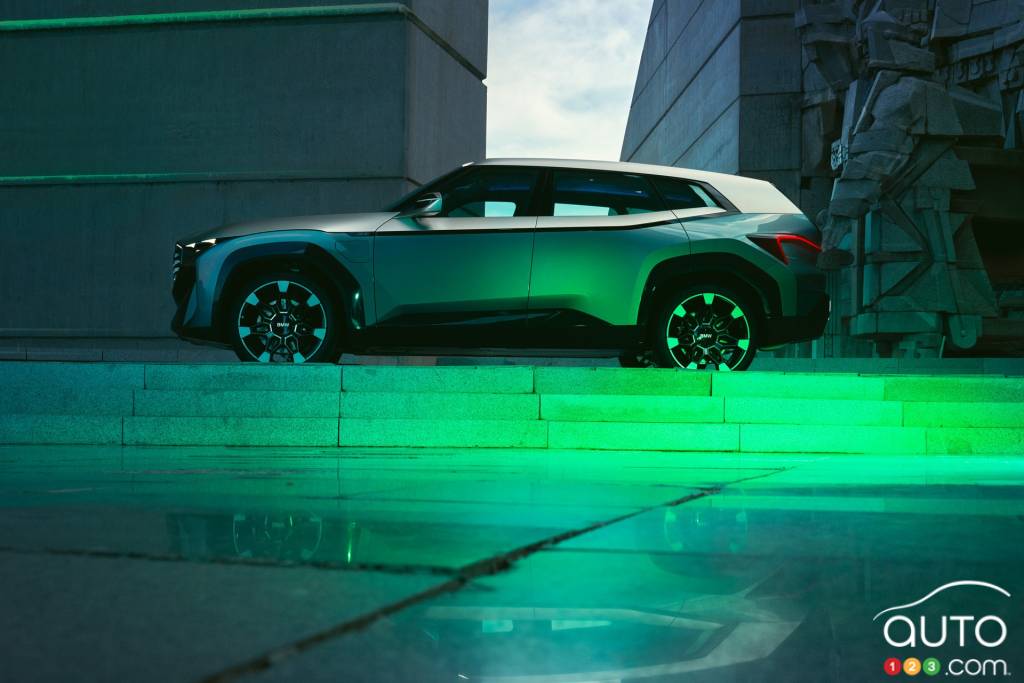