It’s not every day you start out writing a car review and end up writing a eulogy. Well, a partial eulogy, anyway. If ever there was such a thing.

Unfortunately today, that’s what I’m doing because as I write this and by the time you read it, you may have seen the announcement that the Mazda CX-3 will be discontinued in the US after the 2021 model year. It will still soldier on in Canada, though, although if you want one you might want to move on that soon, because who knows how long it will be before our market falls into line with our neighbours down south. And after driving it for a week (in addition to numerous other opportunities over the years), I would say you could very well want one.

Mazda pulling the plug on the little CX-3 in the US comes as little surprise. It’s the fate that befell the CX-7 a short time after the CX-5 arrived (and quickly became the brand’s bestseller in Canada). So as soon as the new – and very good – CX-30 arrived, the CX-3’s days became numbered. And yet, it is proving unkillable in Canada in the short term! Recall that the vehicle with which the CX-3 shared many of its parts, the Mazda2, disappeared from Canada in 2015, and yet the CX-3 survived that. And so it does now, even though it’s a goner down south. For that, you can thank the model’s healthy sales performance in the Great White North.

Drive one and its hardiness is easier to understand. 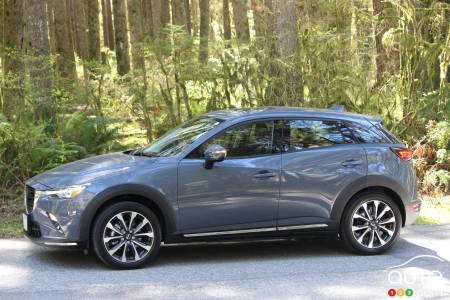 The Mazda2 was a fun, affordable and affable little pocket rocket and that DNA was transferred to the CX-3, except the CX-3 got the benefit of AWD – which, as it happens, can be had for a paltry $27,881 in Canada for the GS AWD. The CX-3 starts at $23,531 in base GX FWD form; my tester is the top-spec GT AWD, which comes standard with AWD and will run you $33,331. That gets you niceties like Bose premium audio, 18-inch wheels, leather upholstery, navigation, 10-way power driver’s seat and Sirius satellite radio.

How they managed to jam all that AWD running gear into such a small blueprint is a testament to smart packaging, especially when you consider that the front seating area is fine even for taller folks like me. On the other hand, the back seat is cramped and in the cargo space you won’t fit much more than a hockey bag (and maybe not even if you’re a goalie).

But this is a subcompact crossover and you aren’t buying one if you plan on hauling a family of four on the regular. Rather, you’re buying one if you need a feisty little runabout around town during the week, and a reliable companion if the roads get a little rougher over the course of the weekend.

That’s because the CX-3 uses a proper, predictive AWD system. Since there’s always a little bit of power being sent to the rear wheels, they are ready to step in in an instant to get drivers out of slippery (or sticky) situations. It’s a fine piece if engineering that showed the CX-3 wasn’t just a bit player in the subcompact AWD world when it debuted for the 2016 model year. 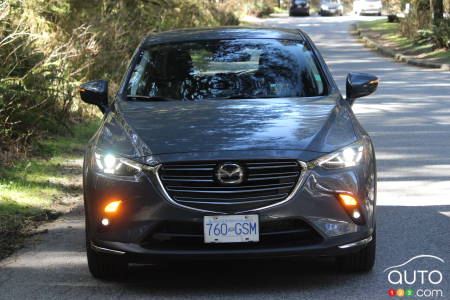 It looked good already back then, but back then they didn’t offer this paint job, and it’s a good one so the CX-3 looks really smart. The colour is called “Polymetal Grey Metallic” and while I have no idea what a “polymetal” is, it doesn’t really matter because darned if it doesn’t look a piece here, especially when paired with two-tone multi-spoke wheel and twin tailpipes. This baby is a looker – great stance, too – even though it hasn’t really been changed all that much in the stylistic sense since its debut.

Which is fine, but the thing is, the CX-3 hasn’t changed much – well, at all – in the mechanical sense either. For 2021, it still makes use of the same 2.0L 4-cylinder it always has and still makes 148 hp and 146 lb-ft of torque. These figures are pretty much the same as what they’ve always been, give or take one or two ponies.

This is not a no huge thing, necessarily, considering that the CX-3 only weighs 1,355 kg in AWD form (there’s an FWD available as well). That means that even with those modest power figures, the 6-speed automatic (with paddle shifters!) and the engine work well in sync together, metering out the power well and getting it to the wheels and the road in a fairly brisk manner. The car even sounds a little aggressive when you really get on it, which caught me by surprise even though I’d driven the model before.

The thing about the CX-3 is that like so many other Mazdas, it’s not really about the power. After all, this is a manufacturer that still builds a tiny rear-wheel-drive roadster the likes of which we really don’t see from any other manufacturer, anywhere. That car’s not that powerful, either – makes hardly any more torque than does the CX-3, because it really doesn’t need to – but the crucial elements are the handling, precision steering and chassis fidelity.

You find some of those qualities when you drive the CX-3 as well. It’s a nimble handler with great steering feel and response, body roll is kept to a minimum thanks to some smart suspension tuning and it’s generally a pleasure – and rewarding – to pilot this cutest of ‘utes.

On the other hand, it does show its age in spots. For instance: there’s no auto climate control, just a row of big, ungainly analogue knobs; the heads-up display is reflected off a panel that looks constructed from plexiglass and sits perched atop the gauge hood; and the infotainment system is a pretty lo-fi affair with tame graphics and the way your scroll through everything is not that intuitive. Mind you, almost every Mazda in Canada gets that system, with just the Mazda3 and – you guessed it – the CX-30 currently getting a newer set-up in our market.

There’s still wireless Apple CarPlay, though, which is where I ended up spending most of my time and the way you can store all your favourite radio stations – no matter the band – in a single menu, accessed by a single button, is a feature that I’d like to see in more cars today.

To be honest, there are a surprising number of things the CX-3 does well that I’d like to see on more cars today – its steering, its looks, and just the way it manages to tap in to a kind of intangibility that suggests you’re driving a vehicle that’s more than the sum of its parts, however old said parts may be.

So get ‘em while they’re hot! 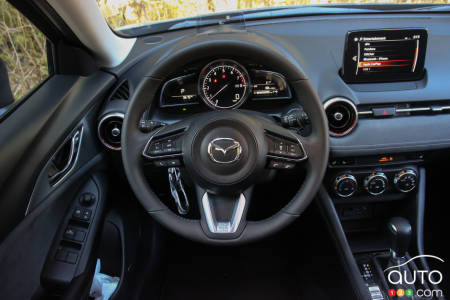 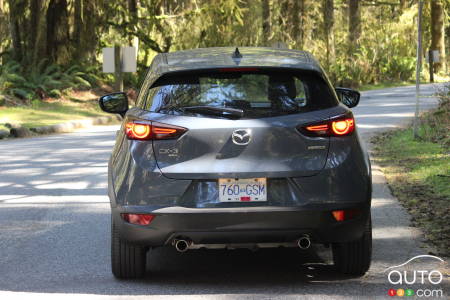 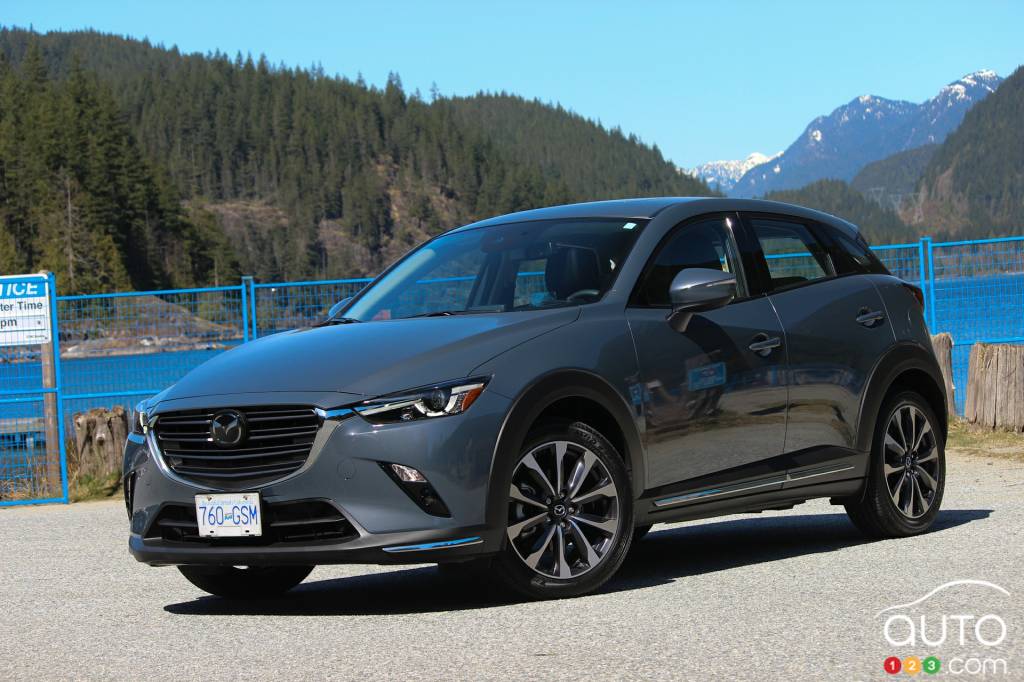 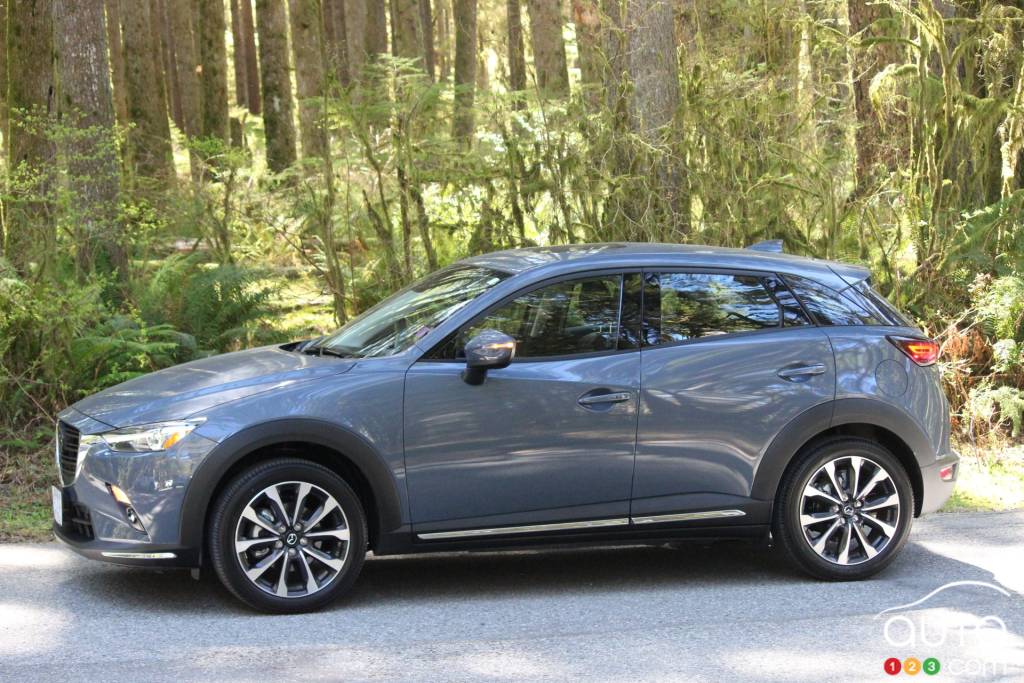 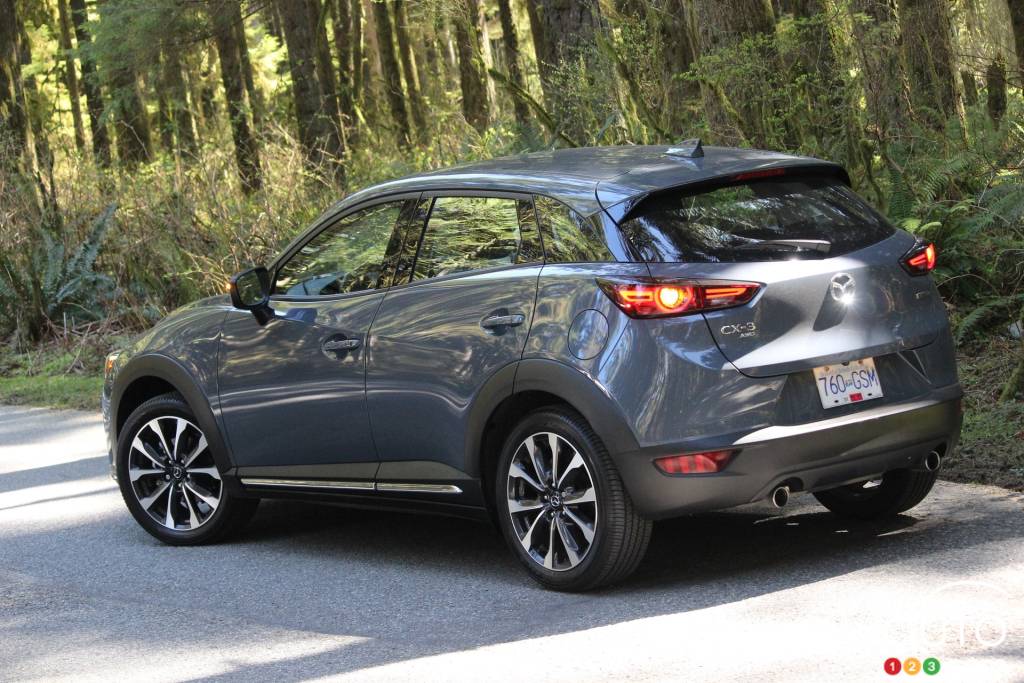 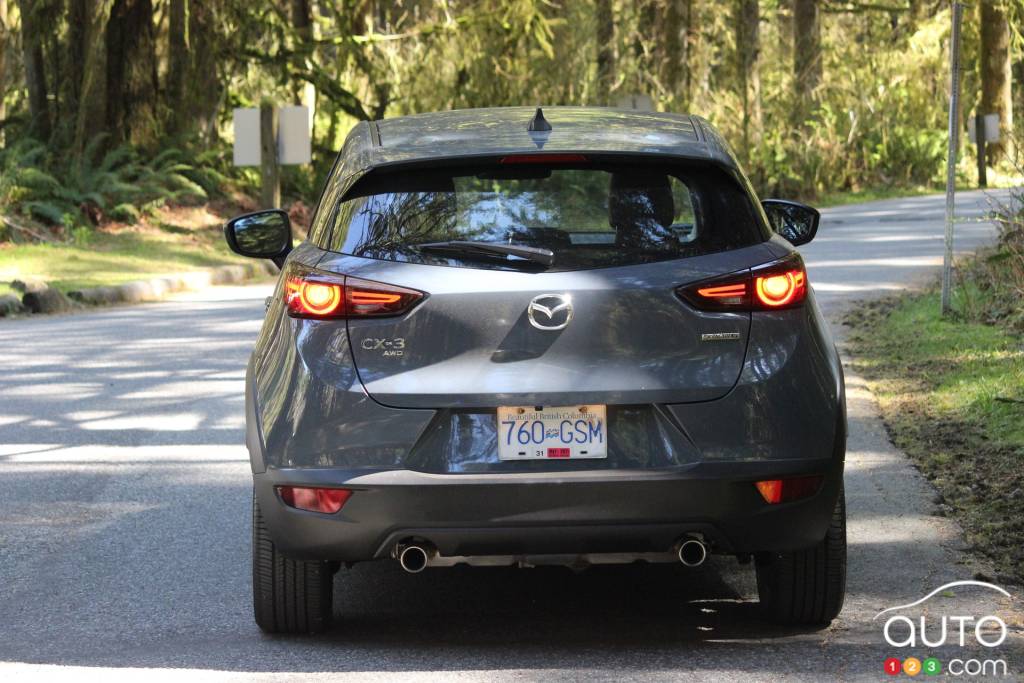