Last year, the Jeep Renegade finally received its first mid-cycle redesign, an operation that has become essential in today's competitive crossover segment. One reason for Jeep revisiting the runt of its SUV litter might be that the Renegade, friendly face, superior off-road capabilities, Jeep badging and all, had failed to establish itself as one of the leaders in its class. Why didn't it make it? 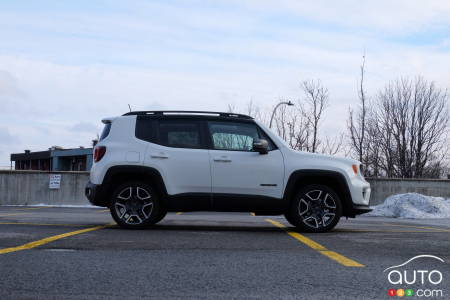 Admittedly, this urban mini-SUV’s odd silhouette is not to everyone’s taste, but there's more to its mitigated track record. In order to explain that, it’s behooves us to look first to the growing, but also very competitive, segment it competes in. Each year, the category welcomes one or two more new models and each time the bar is raised a notch higher.

Then there’s the choice of powertrains available with the Renegade, which may not please a clientele that is ever-more spoiled for choice.

Finally, the price charged for some versions is a real cold shower for some of those small-crossover buyers who might be sniffing around the Renegade. At $43,760, the 2020 Jeep Renegade Limited is some distance removed from the entry-level Sport model, priced at $29,345. Note that neither of these amounts includes the $1,895 preparation fee.

As a comparison, a far-larger Mazda CX-5 Signature with the 250-hp 4-cylinder turbocharged engine comes with a sticker price of $42,050 before options and other fees. What shopper wouldn’t hesitate? 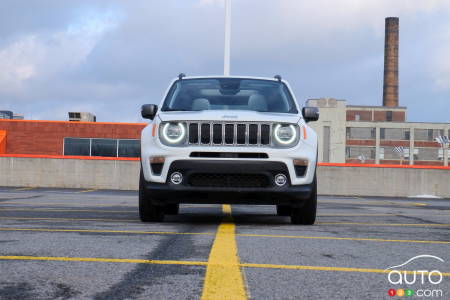 The Jeep look
Regarding the Renegade’s unusual appearance, I don't actually believe it’s to blame here. In fact, I applaud the courage of Jeep’s designers for having given birth to such a vehicle. The question people inevitably ask themselves is, Well yeah it’s original, but is it beautiful? The Renegade is clearly a vehicle that polarizes opinions. But the fact it’s unlike any other vehicle in its class might constitute a plus in the eyes of the distinct folks that are Jeep buyers.

For me, I don't think there's a lack of charm in this Limited model, especially with its oversized 19-inch wheels, an option that adds $750 to the total bill. The Renegade no longer has the off-road look of the Trailhawk version, but it looks like it's ready to devour the streets with its big hooves.

Beyond the new look that was renewed last year (mostly at the two ends), I should mention the presence of the removable roof, also known as My Sky. It's not cheap ($1,595), and it takes a little work to remove the two panels, but once they’re installed in the carrying bag that slips easily into the trunk, the Renegade transforms into a mini Wrangler, or almost. In this configuration, I think my two boys enjoyed the Renegade experience more than I did!

The interior
A list price hovering north of $40,000 means it’s in the small 4x4’s interest to deliver the goods in terms of quality of execution. The Renegade isn't perfect by any means, but when you think back to the poor quality of the Patriot of yesteryear, this little Jeep is much better built, and the materials used to build it are better. On the other hand, the white leather upholstery in my Limited version, on the other hand, leaves me perplexed. Let's just say that with one or two kids in tow on a daily basis, this colour wouldn't be my first choice.

While the dashboard and its presentation are fine - especially with the excellent UConnect infotainment system in place - I do find the drive selection wheel is a bit far away, as it's located under the A/C controls. That said, this feature isn't used very often, so I’ll forgive and move on! A quick word, before I focus on the driving experience, on the back seat: the rear seats aren’t the most comfortable, mostly because their backrests are too upright. 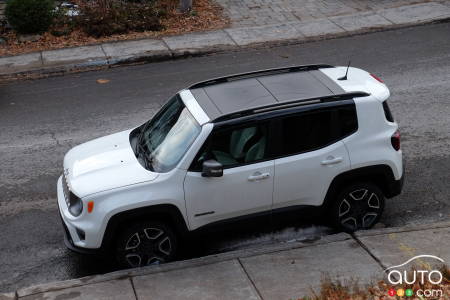 Photo: D.Boshouwers
2020 Jeep Renegade, from above

At the wheel of an urban crossover
Let's get one thing straight: The 2020 Jeep Renegade Limited is not a sporty vehicle. Its mission is quite different, and that's to transport its occupants from point A to point B with a certain agility and even a utilitarian practicality... naturally! It’s not in the same league in terms of driving dynamics as the most-engaging vehicles in the class, which go by the names Mazda CX-30 (a turbocharged version of which is coming in the new year), Subaru Crosstrek (especially with its new 2.5-litre engine) and Hyundai Kona (a Korean model the plumbing of which is most impressive when featuring the 1.6L turbo engine).

That said, the Jeep Renegade is far from being the most unpleasant little fella to drive either. The 19-inch wheels definitely helped sharpen steering precision, while the 1.3L, 4-cylinder turbocharged engine (changed last year, and making 177 hp and 210 lb-ft of torque) has no reason to feel any complexes versus the competition. It's the automatic transmission that is a bit hesitant, which can become annoying in the long run.

In the end, the Jeep Renegade is not a model that will freeze a smile on drivers’ faces. On the other hand, it’s not the worst in the segment either. There are protagonists in this category that are almost unpleasant to drive on a daily basis, but the Renegade is not that.

The last word
My mind keeps wandering to the plug-in hybrid version of the Jeep Renegade, tagged with the 4xe badge similarly to the Wrangler 4xe set to debut on our market in a few weeks’ time. The manufacturer recently introduced such a variant to the European market, but I guess it’s still making calculations as to whether the addition of this version would be beneficial to sales of the model in North America. Taking into account government EV discounts and the 4xe’s range in electric mode (estimated at 50 km on the European cycle), a Jeep Renegade PHEV would certainly be more attractive, especially with a gain in power.

However, looking at the model's actual price range, I find it hard to believe that Jeep would be able to slip that Renegade 4xe’s price point below the $45,000 CAD mark needed to qualify for the federal government's rebate program.

In any case, as for the 2020 Limited model I test-drove, the conclusion is simple: the top-end version of the small SUV looks good, but the asking price is just too steep given what you get with the package. If the Renegade is something you want, perhaps it would be wise to consider a slightly less expensive version. 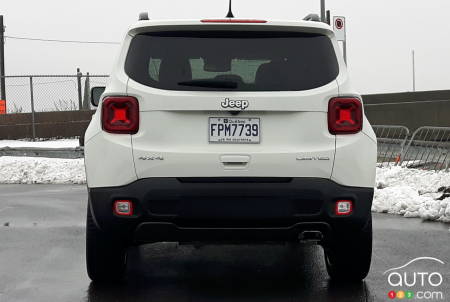 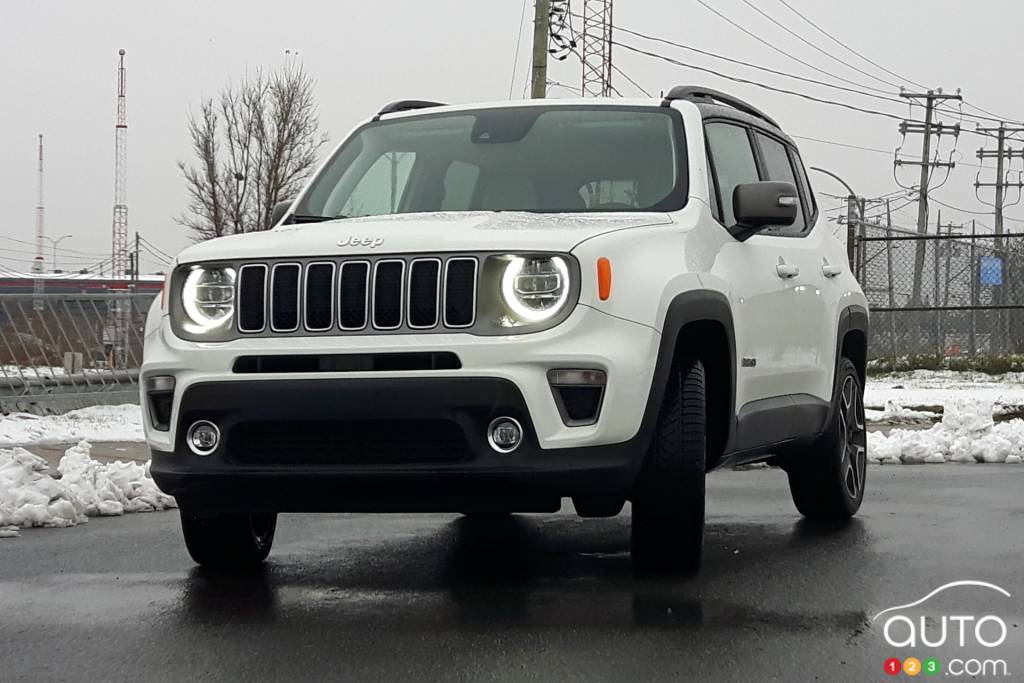 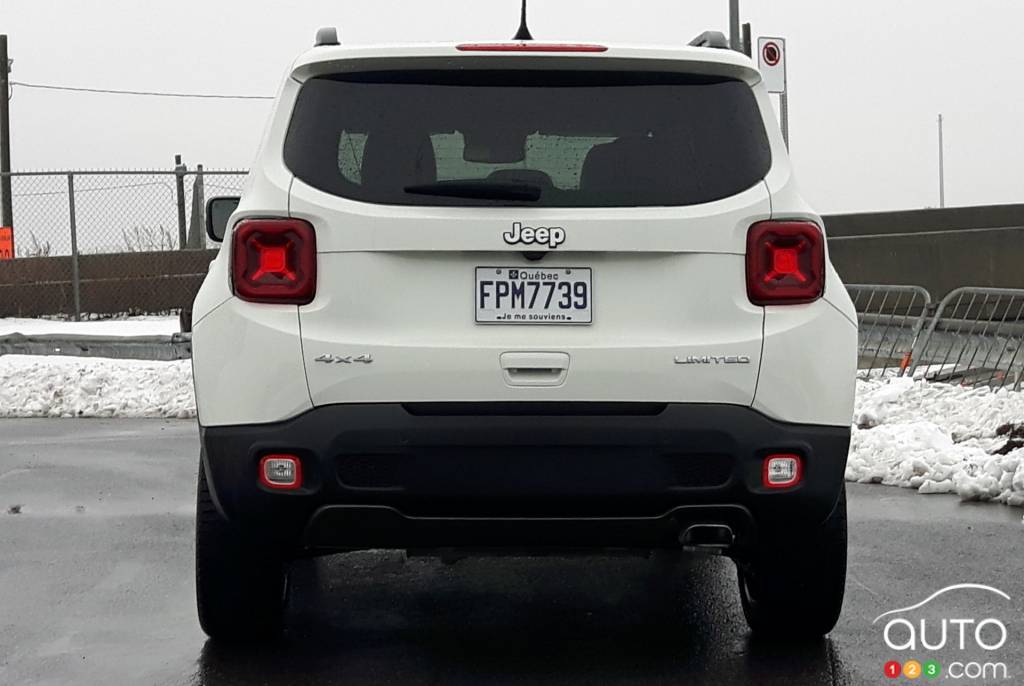 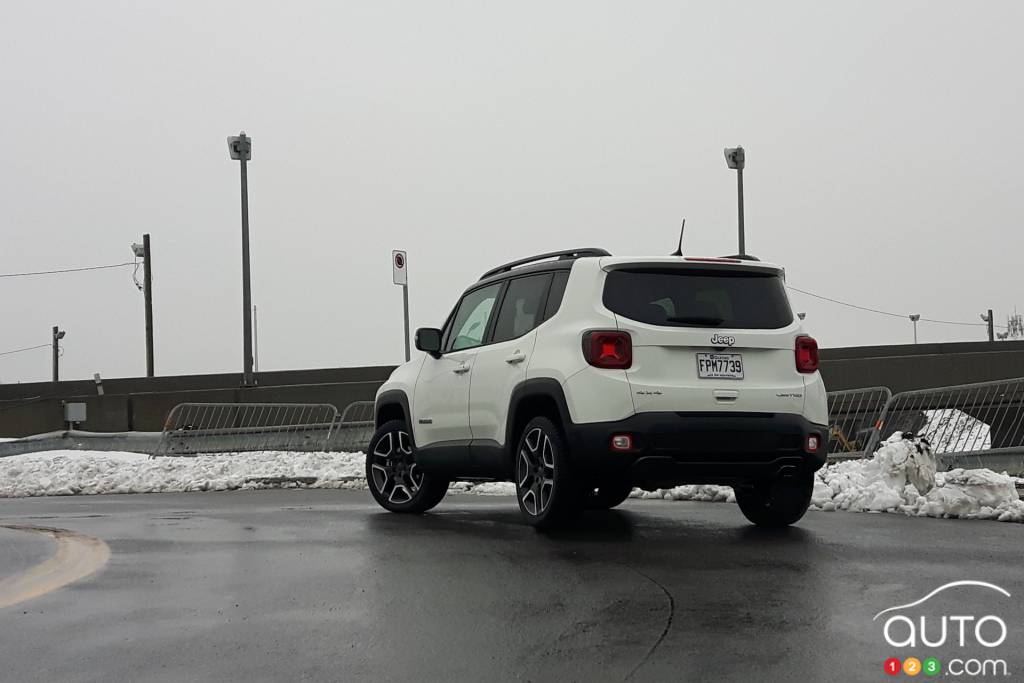 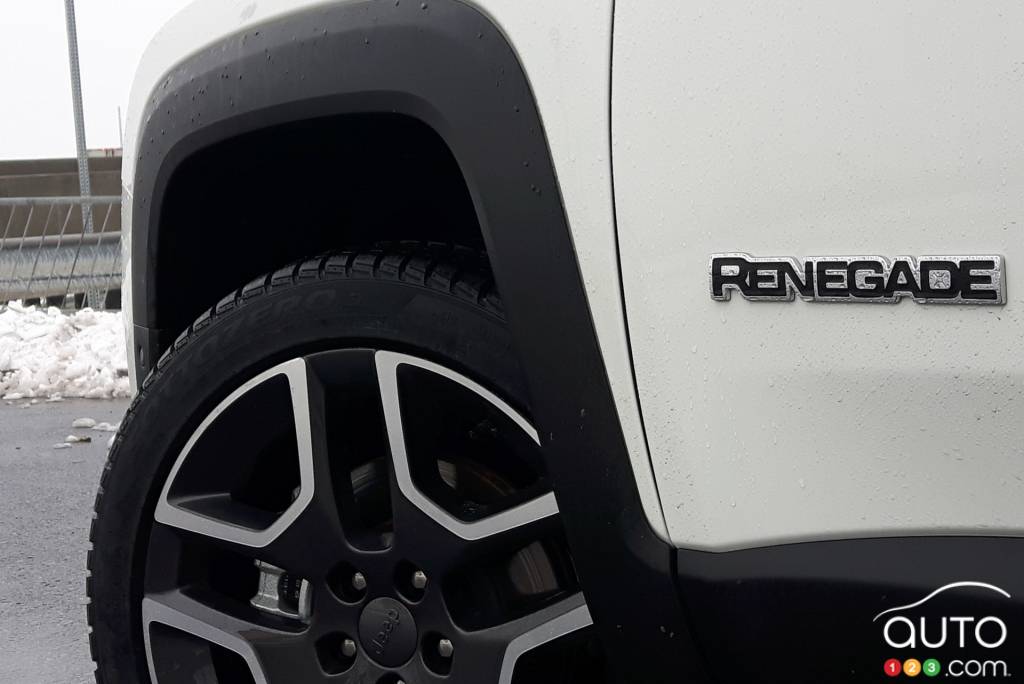 Jeep has announced the return of the Islander version of the Jeep Wrangler, and the debut of a Renegade Islander. The differences with these versions are ess...