There are many factors that can determine whether a vehicle model is successful or not in the marketplace. The price, the design, the brand logo on the hood/trunk, the value and reliability it delivers, the driving experience, etc. etc. Any or all of these can make – or break - a product.

In the case of Audi's Q3, the column listing its strengths is longer than the one listing its weaknesses. Better yet, it delivers that little je ne sais quoi that makes you like it as soon as you're in its presence and, above all, behind the wheel. Fact is, the Q3 is an easy vehicle to love.

Is it the perfect small luxury SUV? Nothing is perfect in the automotive industry, but things are going pretty well for Q3, the 2021 year of which was its best in terms of sales since its debut in 2014, both in the U.S. and in Canada. 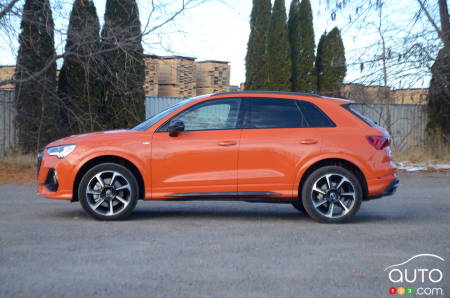 Thumbs-up styling
Thumbs up, doesn’t mean the Q3 has spectacular styling, exactly. In fact, with Audi, to drive a model that turns heads, you have to be at the wheel of an e-tron GT, R8 or TT. Otherwise, the German automaker likes to play conservatively. Its vehicles, the Q3 included, are nice, but they’re not stunners. But given how successful the company has been with this strategy, who we are to criticize it?

All that to say that if you want a flamboyantly styled SUV, look elsewhere. But you probably already know that.

Beyond that, the Q3 has the good fortune to be plying its trade in a growing segment. In many markets, subcompact SUVs are becoming more popular than cars, to the point where many of the latter are disappearing, as you may noticed. Fortunately, Audi still offers the A3 and A4.

A tip of the hat to the automaker for the availability of some bright colours starting in the middle of the lineup, including the Pulse Orange hue of our test model. Whether you like it or not, it's certainly not a shade of grey. 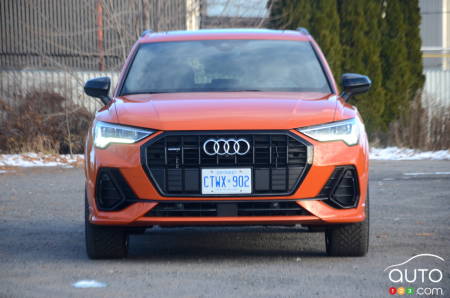 Choice
Another plus about the Q3 is the variety of the offering, which of course is often a reflection of a model's popularity. A product that doesn't draw much will have two or three variants. The Q3’s lineup gets five, in three different trim levels. The ball gets rolling with the Komfort version, offered in 40 and 45 configuration; the same goes for the Progressiv model, next up the ladder; and the Technik trim, available only as a 45 , sits at the top.

So what’s the difference between 40 and 45? Apart from the fact that we don't quite understand the strategy behind Audi’s naming choices, the numbers relate to the power of the 2.0L turbocharged 4-cylinder engine serving the model. Basically, you get 184 hp and 221 lb-ft of torque with a 40 model, and 228 hp and 258 lb-ft of torque from a 45 model.

Quattro all-wheel drive is standard throughout.

Our test model was a Technik 45 TFSI version, but we’ll save the details on it until we dig a little into the general offering. 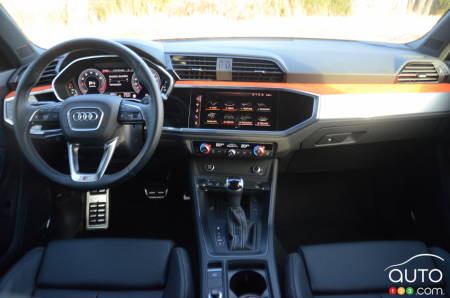 The pricing
With some model, especially from German manufacturers, you have to be careful regarding the price, specifically the gap between what you’re pitched and what you end up paying once you’ve ticked off the options you want.

Here, in base configuration, the asking price for a Q3 is $38,650 ($41,150 with the more-powerful engine), which isn't too bad, because at that price, most of the usual amenities are included, for example heated and leather-covered seats and steering wheel, 10-speaker audio and a panoramic sunroof.

It's a similar story with the Progressiv models, which offer most of the bells and whistles for an asking price of $40,950 (or $44,050 depending on what's under the hood).

As for our Technik variant, it was fully decked out with heated, folding and auto-dimming mirrors, driver's seat with memory settings, rear USB ports, navigation, Audi's Virtual Cockpit, traffic sign recognition, wireless access to Apple CarPlay and a Sonos system with 3D sound.

Option packages are available, but at least they fall into the category of frills and not basics. A black optics package for $500, and the S-Line package ($1,150) that adds 19-inch wheels, brushed aluminum appliques, black roof arch, front sport seats and stainless-steel pedal are some of the ways you can increase the cost if you want to. In terms of safety, there are upgrades to the existing offering, including various advanced driver assistance systems ($1,250 and $750), as well as Audi Connect navigation and multimedia services ($420).

In short, it's relatively easy to navigate through the offering and find what you need without breaking the bank. Of course, if you opt for the version we tested, you'll quickly find yourself with a bill of more than $50,000, before taxes and fees.

A Komfort model with the more powerful engine might be the best deal in the range at $41,150. It's up to you. You know best what your needs are and what your budget is, so just shop accordingly. 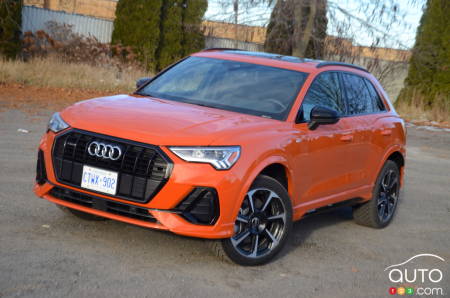 Behind the wheel
To drive the Q3 is to fall in love with it, essentially. While the less-powerful engine in the offering is certainly more than competent, the one that will really seduce you is the big boy. No, it's not a bomb and that's not the point. However, performance is lively and it performs quickly when called upon. If there's a criticism to be made, it's that the turbo is sometimes lazy (though that improves with the S drive mode selected). The 8-speed automatic transmission does very good work and is very forgiving, which is always a good thing with a transmission.

As for the handling, it's dynamic, the result of a more aggressive chassis setting. The Q3 has more character than the Q5, for example. And most importantly, it’s got nothing to feel inferior about in relation to its direct rivals, the BMW X1 and Mercedes-Benz GLA.

An excellent grade as well for the steering, which is well-calibrated and gives you the impression of being in full control at all times. And lest this sound like a gimme, this is not the case everywhere in the industry.

Among the irritants, because there are some, is that space is at a premium on board. It's borderline miserly in the back. To put it in a positive light, let's say that the small amount of available cargo space might make you a more-disciplined shopper. 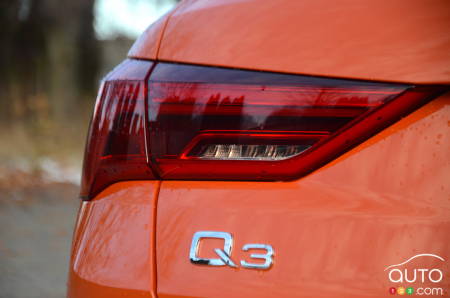 Lease or buy
When it comes to German models, we often recommend leasing rather than buying, for two main reasons: reliability can be so-so over the long haul, and maintenance costs are high. Our recommendation holds for the Q3.

In addition, when analyzing the data from Consumer Reports, there are a few things to note. First, customer satisfaction. Let's just say it's not very high with the Q3. Owners might get seduced by elements like the styling, but they tend to feel disappointed by the overall value the SUV delivers. When asked “would you buy this vehicle if you had to do it all over again?” in a 2020 survey conducted by CR, the Q3 came last in its class, behind models like the Cadillac XT4, Buick Encore GX, Lexus UX, BWM X1 and Volvo XC40.

In short, take the time to evaluate the Q3. It's an attractive vehicle, but it may not deliver everything you'd want from a utility vehicle of this type on a daily basis. That's why it's probably smart to limit the length of your commitment (see: Leasing).

Conclusion
As mentioned, the Q3 has more strengths than weaknesses, and life is good for it and for Audi on the sales front. And when you’re behind the wheel, it is virtually beyond reproach. However, as always, keep in mind that our tests are generally limited to one week, which is enough to enjoy all the good stuff but often insufficient to get a read on of all the irritants that might become apparent over the longer term (see: CR’s consumer satisfaction rating).

So be a smart, careful shopper. Evaluate your needs precisely, and maybe consider leasing the Q3 if you really want it. 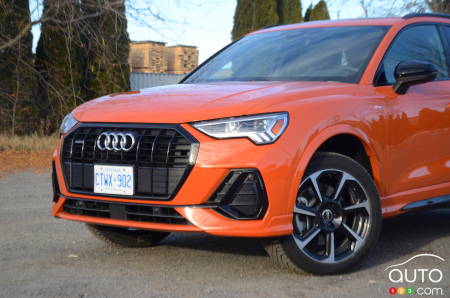 Limited space in the second row
A so-so reliability track record
The base engine (40 models) won’t do much for the resale value; go for a 45 version 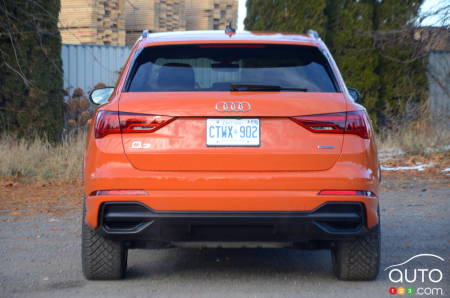 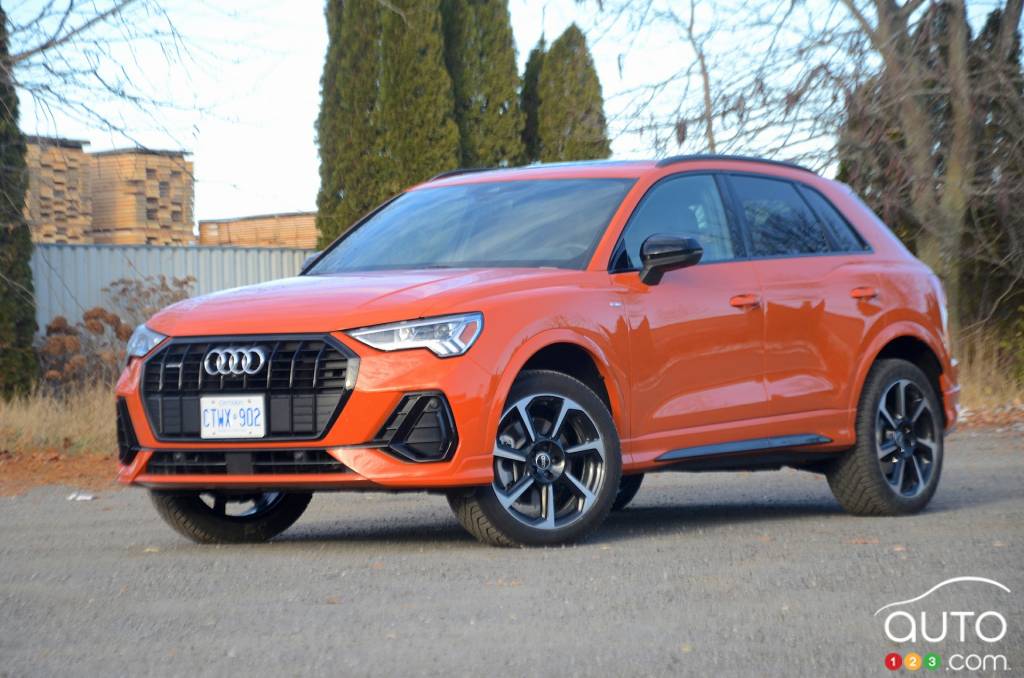 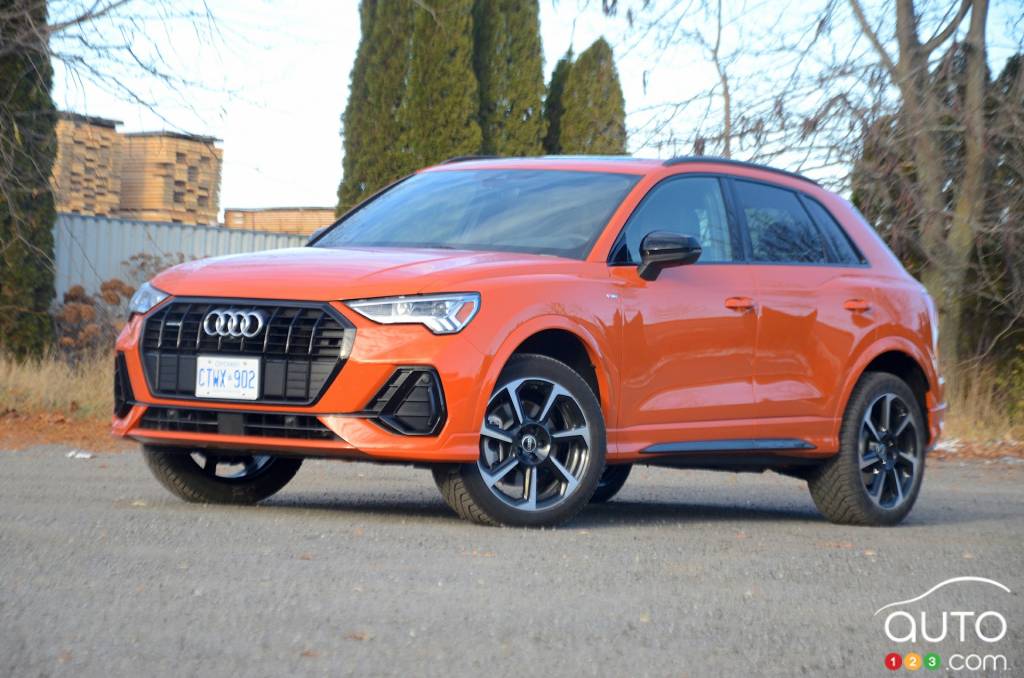 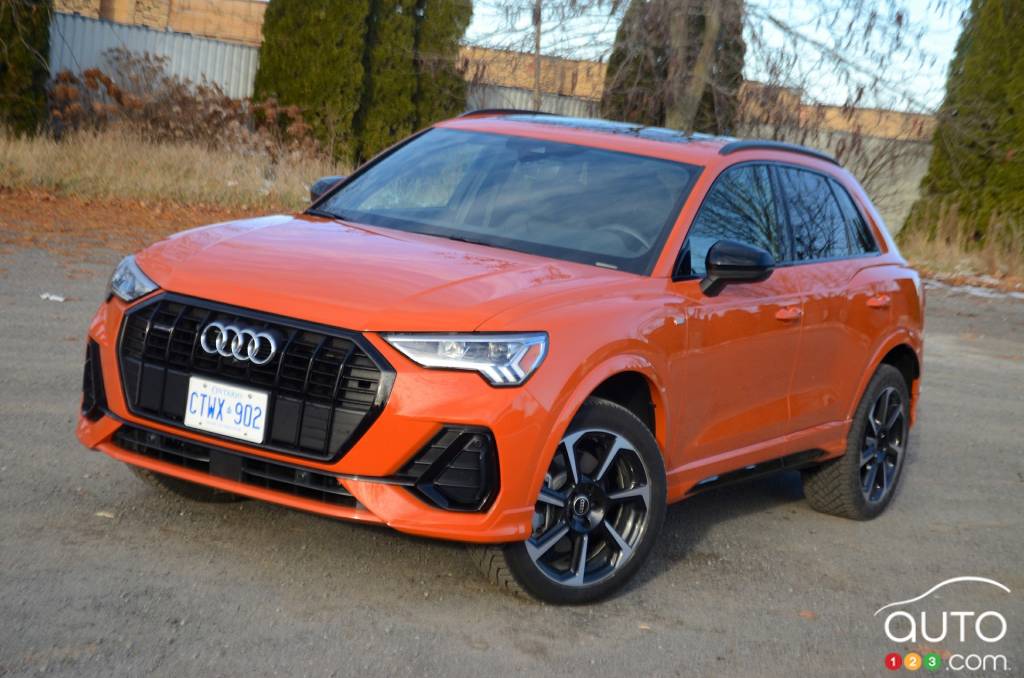 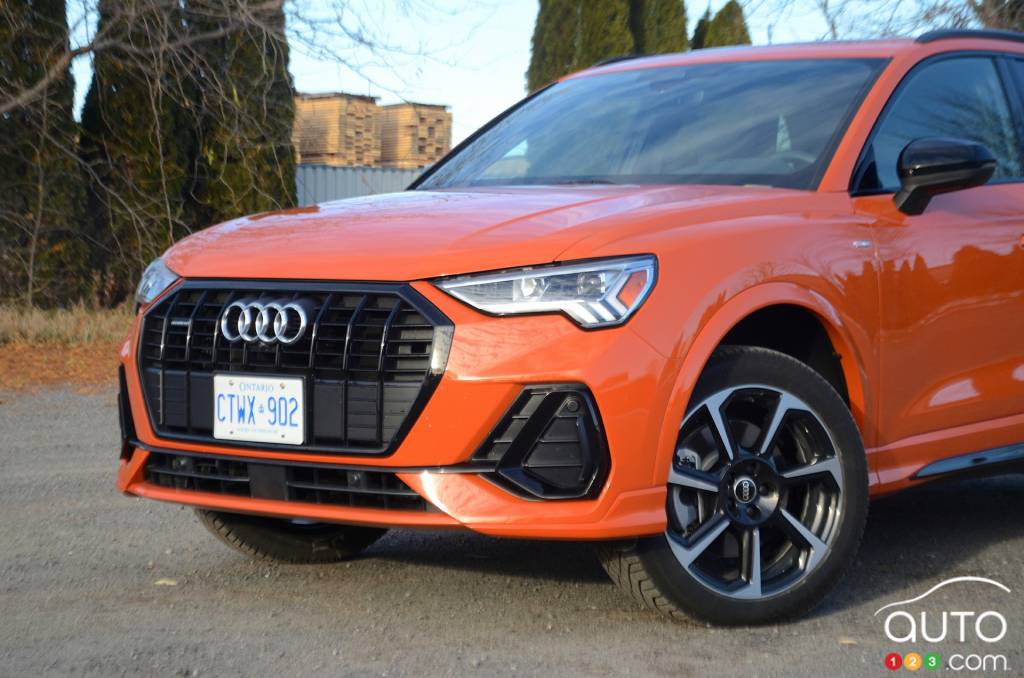 Canadian consumers will be able to get their hands on the RS version of Audi’s new Q3, according to a report by Car and Driver. The 2.5L 5-cylinder engine po...