Can an SUV be as much fun to drive as a small, agile sports car like the Mini Cooper S? In theory, the heavier weight and higher centre of gravity of these high-sitting vehicles affect overall balance, so they shouldn’t be. In theory.

The problem is that the really fun little Minis aren't for everyone. Can you imagine having to lug two kids and their gear around in a little Cooper? You can but it won’t be pretty. Into the picture rides the 2021 Mini Cooper S Countryman ALL4, the brand's crossover that's been around since 2011. For 2021, the most maxed-out MINI gets some mid-cycle revisions for the present generation, which debuted in 2017.

My tester carried the S designation, which holds down second spot on the model hierarchy, at least if you go by engine power (the plug-in hybrid offers 220 hp, compared to 189 for this Countryman S, but we won’t count that). The base model has to make do with the little turbo 3-cylinder, while the JCW (John Cooper Works) model shows off its muscles with 301 hp.

Regardless of its position in the lineup, I approached this road test with a particular focus on one facet that generally runs across the Mini lineup: driving pleasure. You know, the feeling that translates into a smiling driver. The feeling that makes the owner forgive flaws in the car and feel good about their buying decision.

A brief walkaround
The 2021 Mini Cooper S Countryman ALL4 changes things up a bit this year with a redesigned bumper, headlights, grille and lower portion of the bumper changing for a slightly more truck-like vibe. Let's just say that the crossover is gradually moving away from the original Cooper's nice curves - and, in my opinion, that's all to the good!

The same is true of the rear, where the LED marker lights have been given a Union Jack signature. The front lighting is entirely LED. As for the rest, the Countryman remains true to the vehicle introduced in 2017, though the availability of a "Piano Black Exterior Trim" package adds a touch of class to the package.

Anything new inside?
Actually, the changes are Mini-malist! Ahem. My tester features an available fully digital information screen for the spot behind the steering wheel. The piano black finish covers much of the dashboard, while the manufacturer alters its choice of leather upholstery and interior surfaces. The 8.8-inch centre touchscreen is also revised for 2021, as are the buttons around it. In short, we're not talking about a revolution here, but a mild update. It's a mid-cycle redesign after all!

While front row passengers aren't exactly short on space, especially above their heads, things are less expansive for rear seat passengers. Which is rather par for the course with these pocket crossovers, by the way. Fortunately, you can slide the 60/40 seat from front to back to increase passenger space or simply to allow storage of larger items in the trunk. I wouldn't go so far as to say that the seats are amazingly comfortable, but there are worse ones in the industry.

Driving a supercharged car
Now that we’re so many years into its return to the market, the Mini brand is a very known entity among consumers today. Everyone who cares to knows that its main focus is on pleasing the inspired driving enthusiast. The Countryman SUV is no exception. Granted, a three-door MINI Cooper S is still the purest expression of what a Cooper should be, but the 2021 Cooper S Countryman ALL4 offers a formula that few luxury crossovers can match.

Quick and precise steering, a suspension that's on the firm side of the divide, a very effective all-wheel drive system and even the 189-horsepower turbocharged 4-cylinder engine: all contribute to enhancing the driving experience of this curious small SUV.

The Cooper S Countryman ALL4 comes standard with three drive modes (Green, Mid and Sport), but it really shows what it can do in Sport mode in either S or M. Sure, a good old-fashioned manual transmission would be great in a vehicle like this, but it’s not essential. Like the rest of the industry, Mini has no choice but to think about its bottom line first. And frankly, the 8-speed automatic transmission does an excellent job in any mode.

It's true that the suspension is occasionally stiff, but it’s only an issue when the road is in poor condition. And that firmness pays off when you want to have some fun. Even though the centre of gravity is higher and the weight is greater, the Cooper S Coutryman ALL4 follows the curves of the road with ease thanks to its ALL4 all-wheel drive.

The last word
Admittedly, at $47,000 and change, this Cooper S Countryman is no bargain. But for young families - or active couples - the British crossover takes advantage of German know-how to deliver very impressive performance for an SUV that doesn't command a sum approaching the $100,000 mark. Either way, let's be clear, underneath that Mini-like body is a BMW 2-Series Gran Coupe, a vey able sedan.

Stiff suspension at times
Soundproofing could use improving 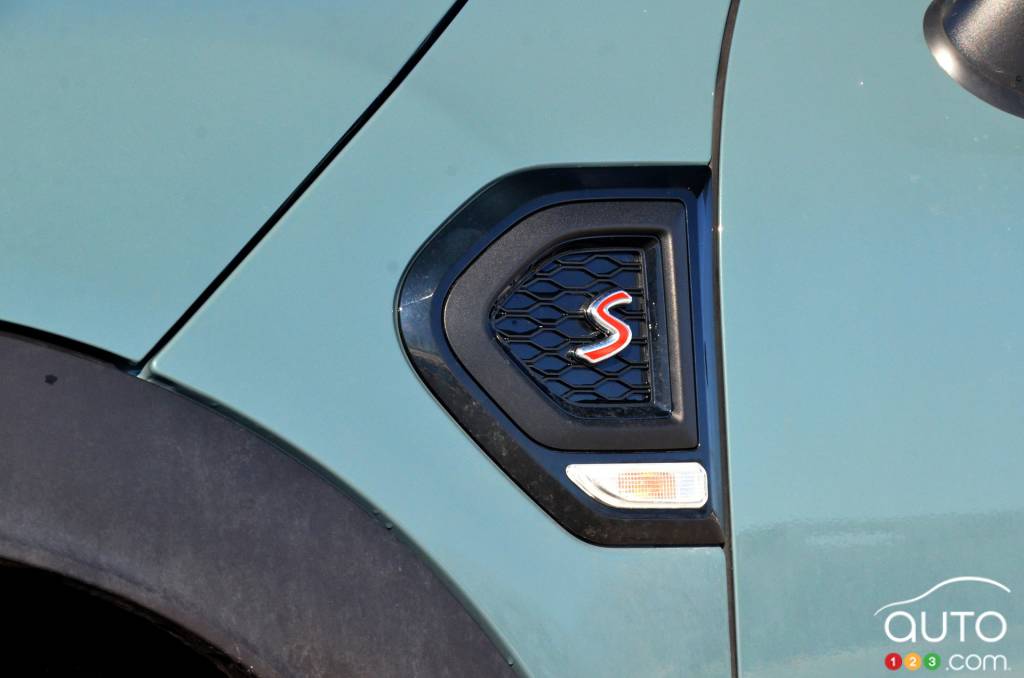 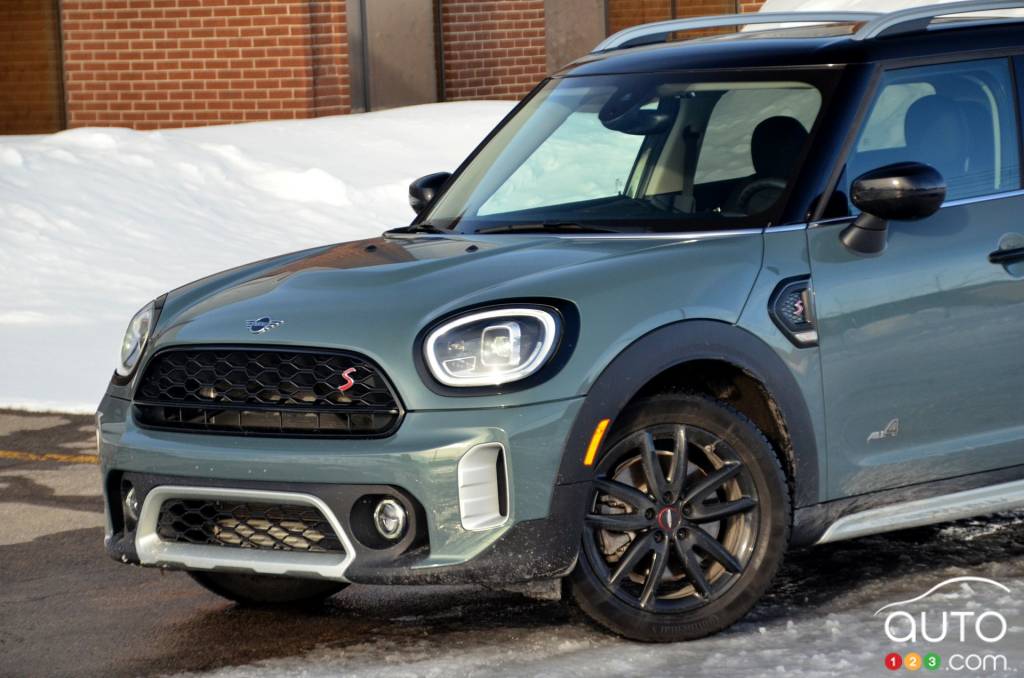 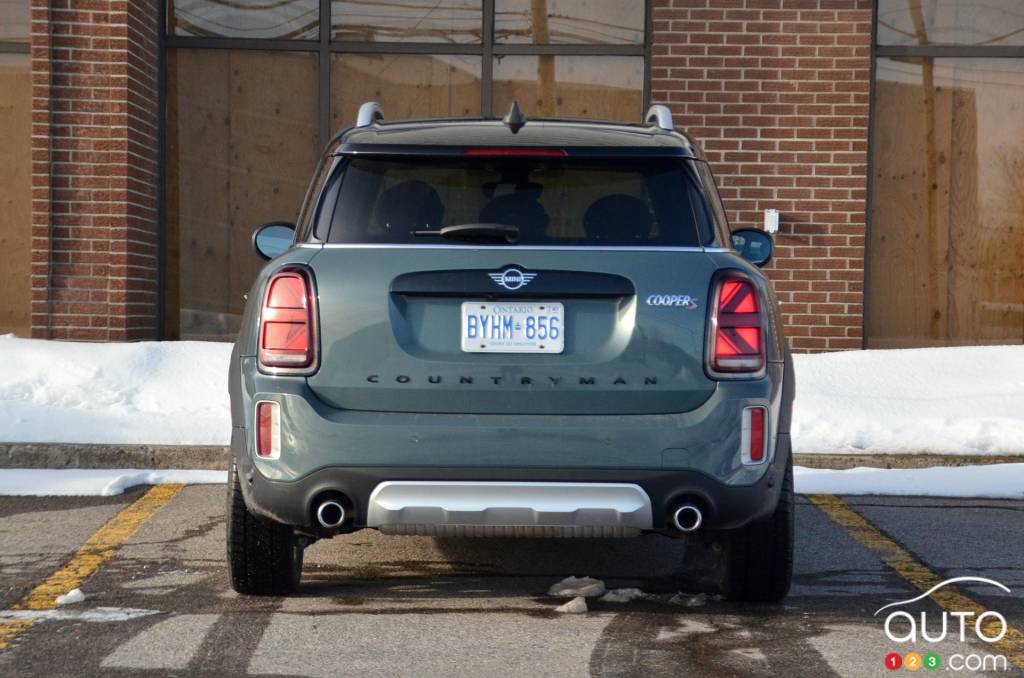 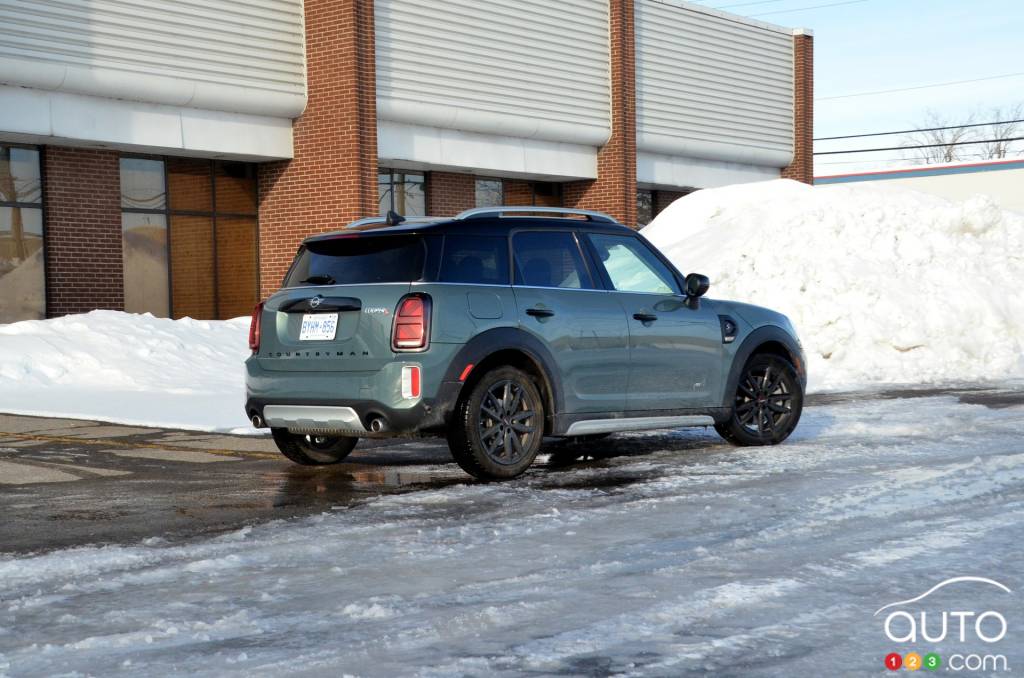 The BMW X4 M Competition 2021 could confuse consumers: is it a sports car or a sport utility vehicle? For those who get behind the wheel, the question quickl...