The glorious past of the three-shield division is just that – past. The era when the sedan dominated the American brand's lineup is coming to an end, with the Regal Sportback the only model still active, along with its GS version. Since the arrival of the Enclave in 2008 - and maybe even the Rendezvous in the early 2000s - the automaker has been growing its presence in the utility segment, much like the rest of the automotive industry.

For 2020, Buick welcomes a new member, the Encore GX, which positions itself between the Encore and the Envision. At the time of writing, we already know that the Envision will be completely revised for 2021, but for the "regular" Encore, nothing has been announced yet. Does the arrival of the Encore GX mean the end of the "regular" Encore? It probably does, but for now, Buick has content to offer two Encore models to its customers. The more the merrier, in SUV-land. Remember that Chevrolet is also splitting its small SUV lineup, as the Trax gets nudged over in the lineup in 2020 to make room for the Trailblazer, a non-identical twin of the Encore GX.

I had occasion to drive Buick's newest utility model, the Encore GX, in its Essence trim, the most luxurious in the lineup. At $37,678, this little urban vehicle isn't exactly a bargain for first-time buyers, but for those who want an agile, easy-to-park crossover, the Encore GX could be a viable option. Here's what I've learned about this newest Buick, and yes, another SUV!

Slightly larger than the Encore
The Encore GX name suggests we can expect a cancellation of the Encore model that’s been with us since 2013. At the same, it could just be a case of the brand's strategists deciding to make good use of the badge’s name recognition After all, the Buick Encore quickly became Buick's best-selling model after it debuted. The addition of the Encore GX is strategic in my opinion, a bit like the Ford Bronco and its more affordable equivalent, the Bronco Sport.

What's worth noting about the Encore GX is that it offers very similar dimensions to the Encore; it’s barely larger. A little longer and a little wider, the Encore GX is also lower to the ground than its cousin in name, while the wheelbase is longer as well.

Same story inside?
These bigger dimensions, even if the differences are slight, do translate into improved interior volume. It's not a significant gain in both rows of seats, but in the trunk, the Encore GX boasts more than 100 litres more cramming space than the Encore (665 vs 532 ). In this segment, every litre counts!

The interior is also very similar to that of the Encore. The dashboard has several similarities, especially in the curves of the dashboard and the layout of the ventilation and central touch-screen controls. You can feel it's less cluttered in the centre console; some buttons have been relocated not far from the transmission lever. What's more, the overall quality of execution is in line with the brand's other products.

Three cylinders, a turbo and questions
The choice of engines is, of course, the subject of some debate. By choosing to offer two tiny 3-cylinder turbocharged engines, GM is betting that consumers will target the Encore GX for its fuel economy first and foremost. It's also worth mentioning that small-displacement engines are popular in China, a market which is of course crucially important for Buick and where its products sell far more than here.

Equipped with the "big" 1.3L engine, my tester wasn’t exactly an acceleration monster. With 155 hp and available low-end torque of 174 lb-ft, the Encore GX is barely better equipped than the Encore. However, it’s helps by the fact that despite its bigger size, it weighs less overall The power-to-weight ratio is therefore better in the GX.

The only transmission available is a 9-speed automatic unit (compared to 6 speeds in the Encore) and it works in the shadows without grumbling. As for the all-wheel drive, it's a partial configuration. Which means that to benefit from four-wheel drive, you have to press that little AWD button located a few centimetres from the gearshift lever. The great par of that of course is that it's possible to drive in two-wheel drive mode to save a few pennies at the pump.

At the wheel
So, how does this Buick Encore GX perform on the road? In two words: very well. OK, the experience is somewhat similar to that offered by the Encore, but you can feel that the GX is more stable because of its wider track, while the power steering seems to give better feedback to the driver. As expected, accelerations aren't lightning-fast, the transmission doing its best to reduce fuel consumption and the little engine's RPMs when working hard.

Soundproofing could be improved somewhat, but at the risk of repeating myself, the Buick Encore GX is an entry-level vehicle. Its mission is different from that of the Enclave. Compared to the old Encore, the new model is much quieter, which is not surprising given the design difference.

During my time with it, I was also able to test the AWD drivetrain thanks of a heavy rain shower during a ride in the Laurentian mountains north of Montreal. While not the sportiest creature on the market, the Encore GX has the substantial merit of sticking the vehicle to the ground even when the pavement is wet.

In the end, by alternating between inspired driving and a quieter ride, my average fuel consumption came in at 8.9L/100 km - a satisfactory statistic considering my – ahem - driving style and the fact that the AWD button was used several times during my week behind the wheel.

The last word
Buick can finally count on a trio of modern crossovers; the new 2020 Encore GX joins the Enclave redesigned a few years ago and the Envision that's about to be renewed. The original Encore, meanwhile, lives on borrowed time. Or maybe it doesn’t. Time will tell, but given that the American crossover is based on the same formula as its predecessor, but is improved in most every way, the old Encore is just that – old. And small.

The only flaw in the ointment for the GX is that it’s not equipped to face the luxury models that Buick likes to try to compete with, mainly because it doesn't offer the same level of power under the right foot. The German, British or even Japanese models are all more dynamic in this regard.

It’s fairer than to compare the newest Buick to generic brand models. But at close to $40,000 before applicable taxes, this pocket-sized crossover is suddenly less appealing, despite all the charm it exudes. It's a nice little product to consider, but the competition is fierce, very fierce! 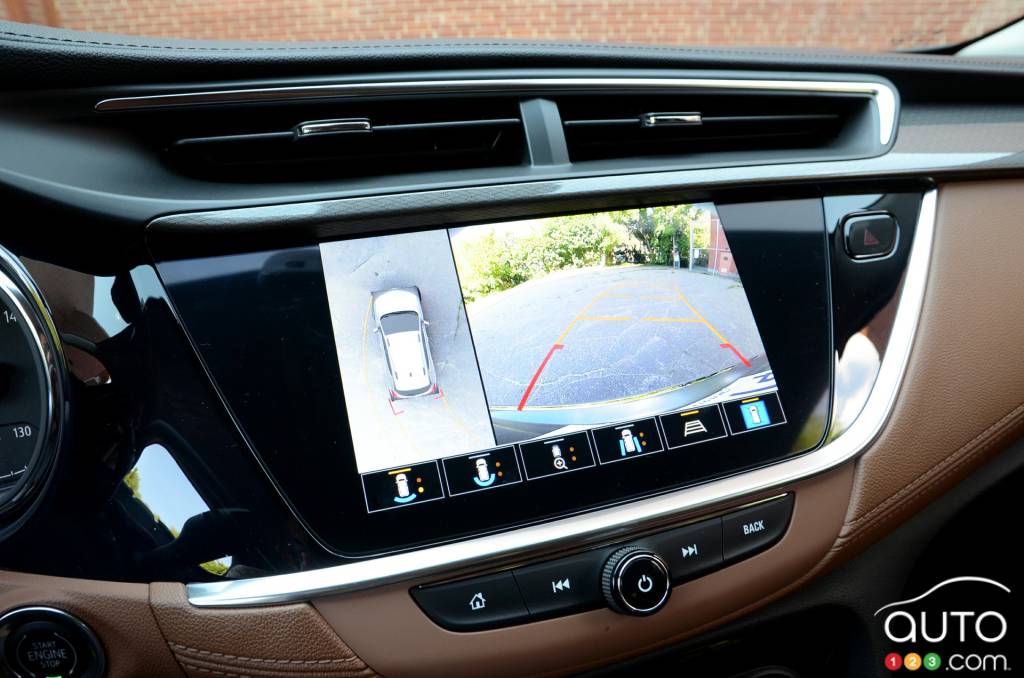 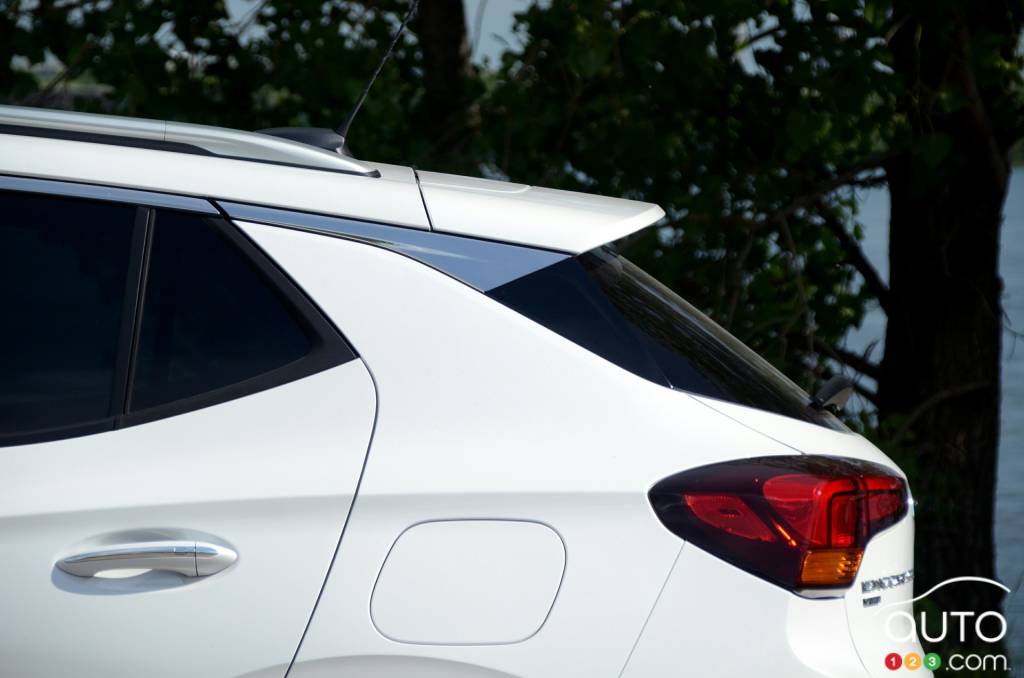 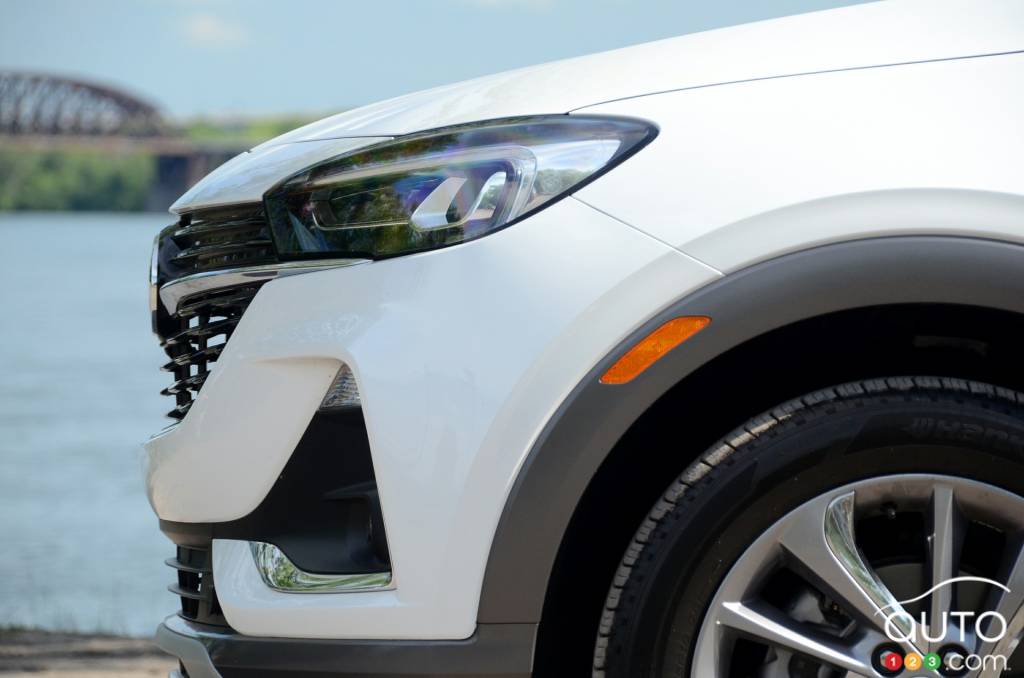 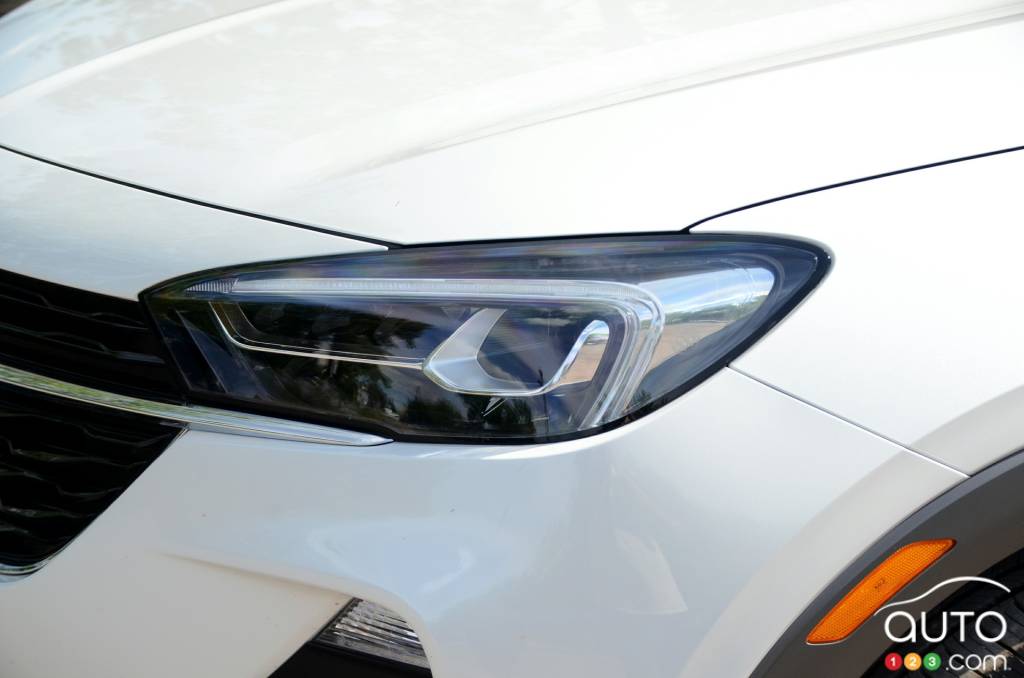