When an automaker sets out to overhaul the model that represents its bread and butter, there's no room for error. Designers and engineers must improve it and take it to another level, but without distorting it; one misstep can prove fatal.

Being too passive can be just as deadly, of course. Tastes and trends change, so standing still is not a smart option. In other words, achieving the right balance between evolution and continuity is crucial. Call it an art, and one that’s not always easily mastered.

In the case of Nissan, this perilous exercise comes at a time when the company's financial situation is, shall we say, precarious. This was its reality before the pandemic. Imagine now.

That's why Rogue's redesign is a big deal for the future of the brand. The model accounts for 30 percent of Nissan sales. That's huge.

So, is this renewal successful? 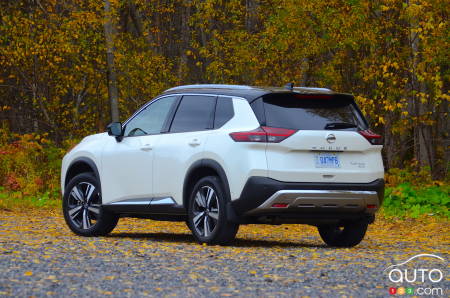 Bringing it level
The first Rogue appeared in 2007, and while it was a success, that was due in good part to the novelty effect and great timing, as the segment it was in was just emerging and gathering strength. The redesign in 2014 gave the model added credibility. There were notable improvements in terms of quality, ride, styling. Despite its evident qualities, however, the Rogue wasn't quite in the same league as the Toyota RAV4 and Honda CR-V.

Well, now it’s been called up to the big leagues, you might say. 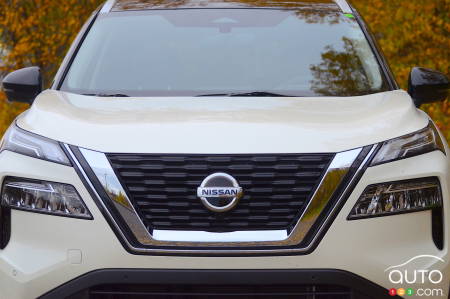 We should point out that for our first drive Nissan put us behind the wheel of the more luxurious version of the new Rogue. Here, anyways, the presentation is impressive and the quality undeniable. User-friendliness is at the forefront and a few features and details really stand out.

Behind the wheel, the one criticism that often came up regarding the Rogue has been addressed. The somewhat slack suspension of the outgoing model has given way to better-calibrated components and, more importantly, a more solid structure. How much stronger? The new platform offers 27 percent more torsional stiffness than before. In the rear, there's a new multi-link approach and dual-piston shocks. Also, the ratio of high-strength steel has increased from 19 percent to 35 percent with this generation. Finally, the doors and hood are now made of aluminum. In total, the mass has been reduced by 40 kg.

In short, we're not dealing with the same model.

And as soon as you hit the road, the solidity explained on paper becomes obvious. This is confirmed when you take the curves on a winding road; the Rogue has never been so solid.

The organs
What about Nissan's CVT, which has been widely criticized since it was first introduced? It’s been improved to the point where now it gets annoying maybe 5 percent of the time. Meaning that 95 percent of the time it does its business quietly and effectively. In 2007, it was the opposite. The  improvements include that its internal friction has decreased by 29 percent, which translates into sharper acceleration and better fuel economy. To achieve those accelerations, however, you have to crush the throttle to wake up the 181 hp produced by the powertrain. (torque is also at 181 lb-ft).

But if you drive reasonably and normally, you forget the CVT there. Within those parameters, the simulated gear ratios it offers give you the impression of having a conventional automatic transmission on hand.

As for the 2.5L 4-cylinder engine, its size is the same as before, but in fact it's mostly new.

In addition, new driving aids that are part of a feature called VMC (Vehicle Motion Control) subtly contribute to overall performance that’s more solid and gives better feedback. Nissan also says it has improved the all-wheel drive system; we'll have to see this winter for that. Finally, there are driving modes for greater customization of the experience under certain conditions.

All of these elements together mean that the Rogue has really taken a big step forward. 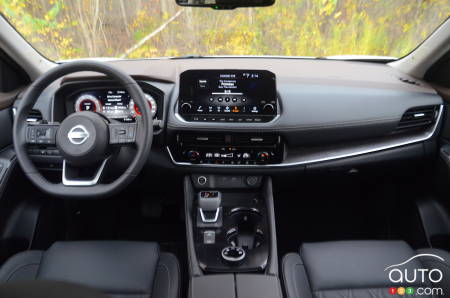 On board
Inside, the bar has been raised to match. I should remind you again that for our initial drive of the model, Nissan put us behind the wheel of the most upscale, fully equipped variant. I have to say I’m eager to see what the other variants look like.

That said, the quality of the finishing and materials is definitely improved, as is the presentation. You'll notice a small selector for the gears, a different approach that frees up space. And there's a lot more space now with a tray under the console, perfect for holding bulkier items.

On the version tested, there was a highly customizable instrument block that consists of a 12.3-inch digital display, 9-inch central information screen and 10.8-inch head-up display. In the case of the latter, quite frankly it’s the most fully realized one I’ve seen to date. I was impressed by the clear, colourful graphics and markings that are large enough to be clearly legible.

Apple CarPlay and Android Auto (standard in all versions), wireless charging for smartphones, wireless network access, Nissan's connected services, and the Pro Pilot Assist semi-autonomous driving system were also part of the package. Our model was well-equipped, to say the least.

Nissan has made several improvements to its Pro Pilot Assist, including the ability to better keep to the centre of the lane. So much so, however, that I quickly lost patience. The system spends its time correcting the vehicle's trajectory to stay in the centre of your lane, and frankly behaves worse than a nervous driver. Anyway, before I'm converted to the cause wholeheartedly, there will need to be more tweaks. 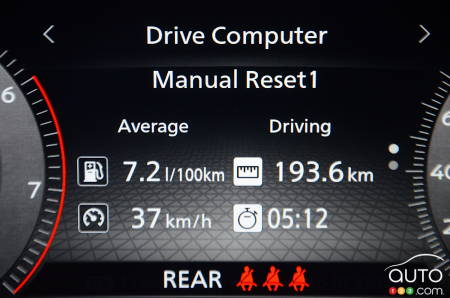 And as for towing capacity, in case you were wondering, it's 1,350 lb.

The offer
Basically, three models and six variants make up the lineup. The offer starts with the S version, available in either FWD or AWD configuration. It comes with heated front seats and steering wheel, Nissan's Safety Shield 360 safety suite, Push Button Start, rear seat belt warning, 17-inch wheels and the Apple CarPlay and Android Auto applications, as mentioned. The essentials are there. Starting price: $28,498 for the front-wheel drive version.

Next up is the SV variant, also available in FWD or AWD configuration. It adds 18-inch wheels, Pro Pilot Assist, Nissan Connected Services, panoramic roof, roof rails, 360-degree monitor, Internet access and 8-way power-adjustable driver's seat, and it’s priced at $31,998. For an additional $2,200, you can add the Premium Package that offers heated rear seats, leatherette finish for the seats, rear-seat sunshades and a power-opening tailgate.

Finally, the king of the castle at $39,998 is the Platinum version, which comes with all-wheel drive and all the above-mentioned features included in our tester. A good word for the clear-sounding 10-speaker Bose audio system. 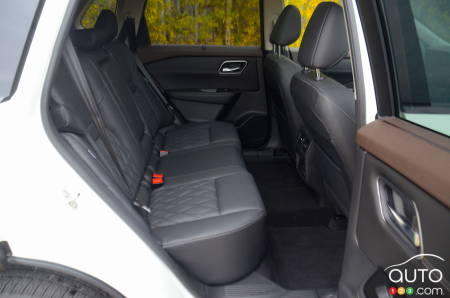 Not perfect
No vehicle is perfect, of course. Our test drive was a single-day affair, so some of the imperfect elements of the new Rogue may have escaped us. We did note a small cracking sound was sometimes heard coming from the rear compartment, though. Considering Nissan's history of quality-of-assembly issues, you just have to keep your eyes - and ears - open.

And there's that slow throttle response when you need a snappy reaction from the powertrain, for instance when you’re passing on the highway; this can get irritating. And as I mentioned, there's the overbearing nature of the Pro Pilot Assist system when it overcompensates to keep you in the middle of the lane.

Conclusion
All in all, however, there’s no question this new generation represents a successful overhaul of the crucial model, which should translate into excellent sales for Nissan.

For the first time, as far as I'm concerned, the Rogue earns its spot in a conversation involving the Honda CR-V and Toyota RAV4. Before, it could really only be seen as a worthy plan B.

And with the rest of the offering in the category, including the improved 2020 Ford Escape in and the CX-5 that remains relevant, buyers have never had such a rich choice of quality products in the segment.

Pricing for the 2021 Nissan Rogue: 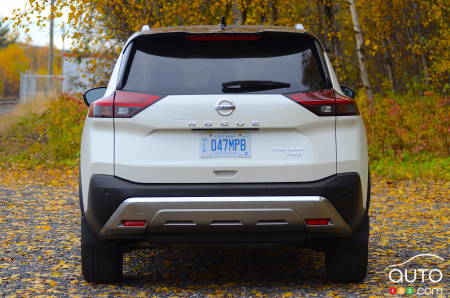 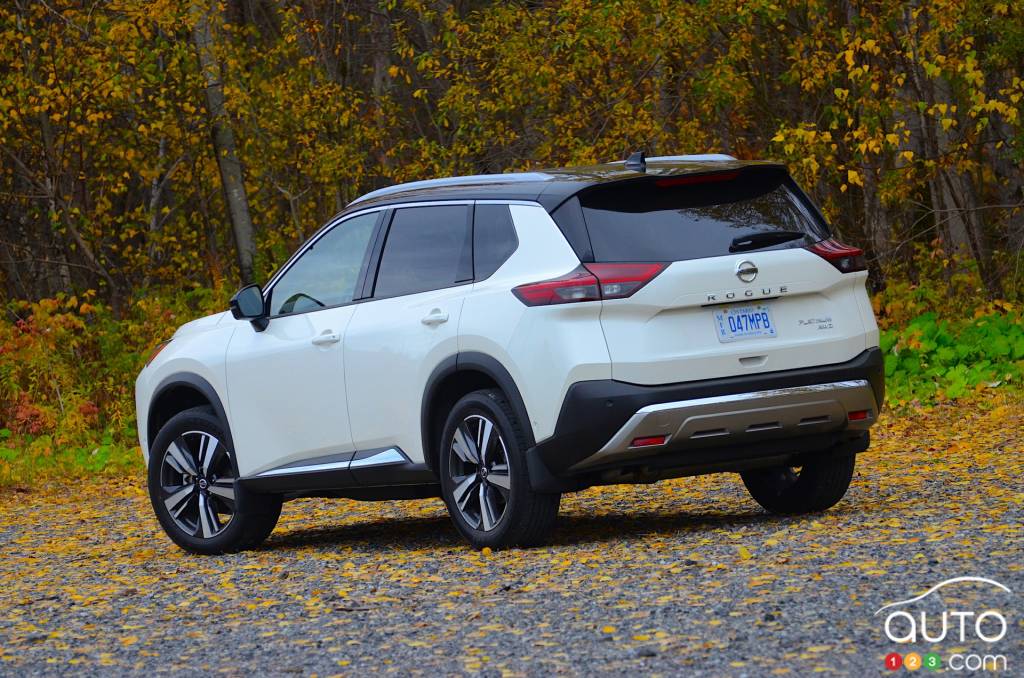 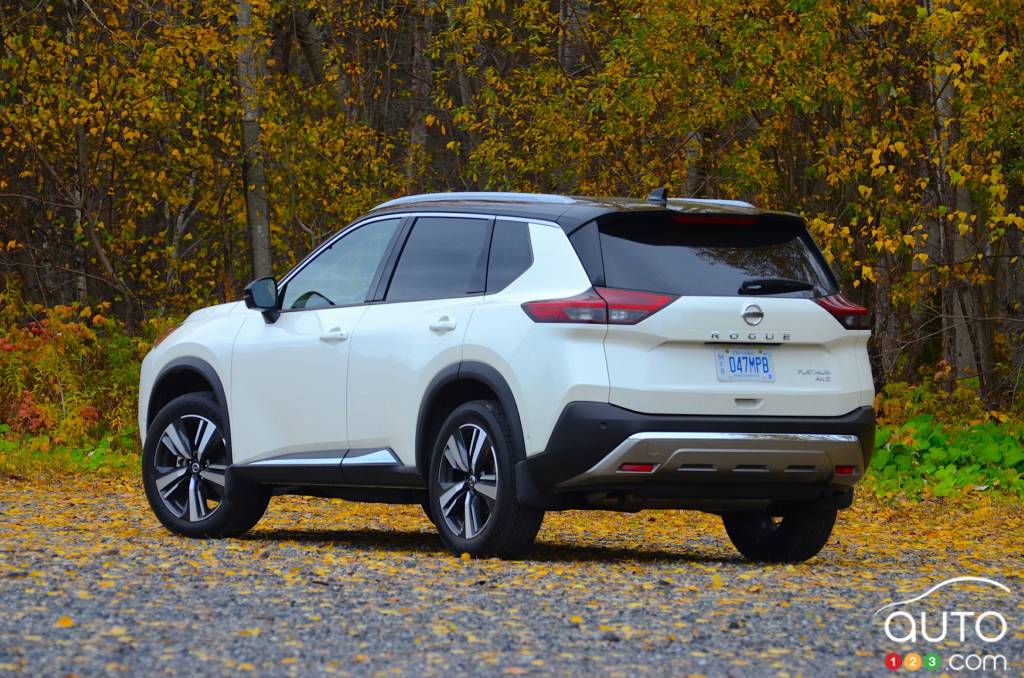 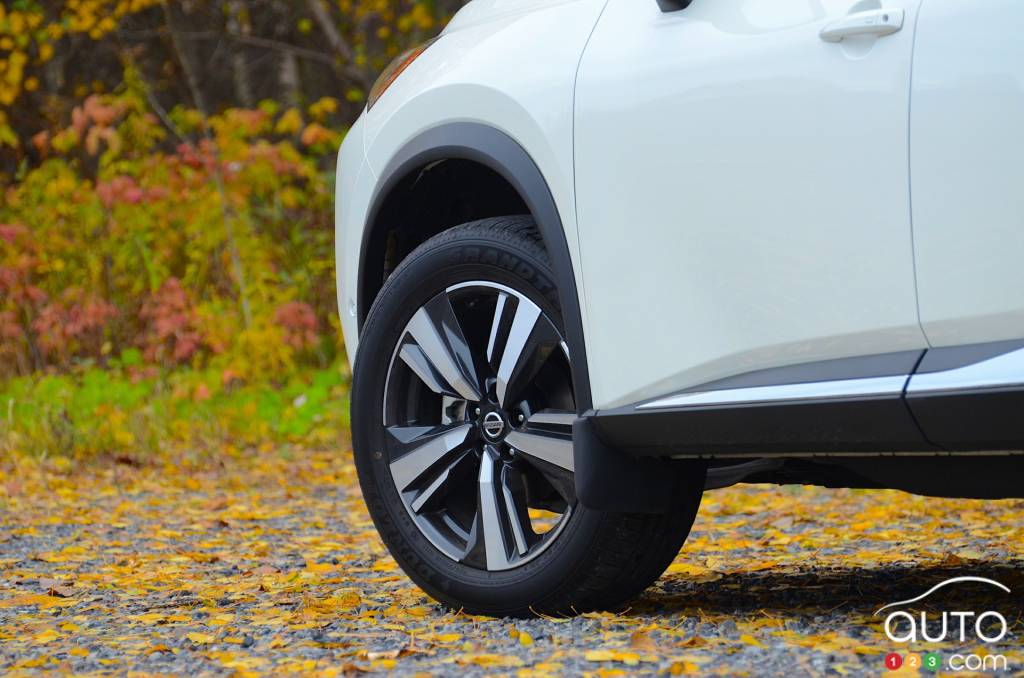 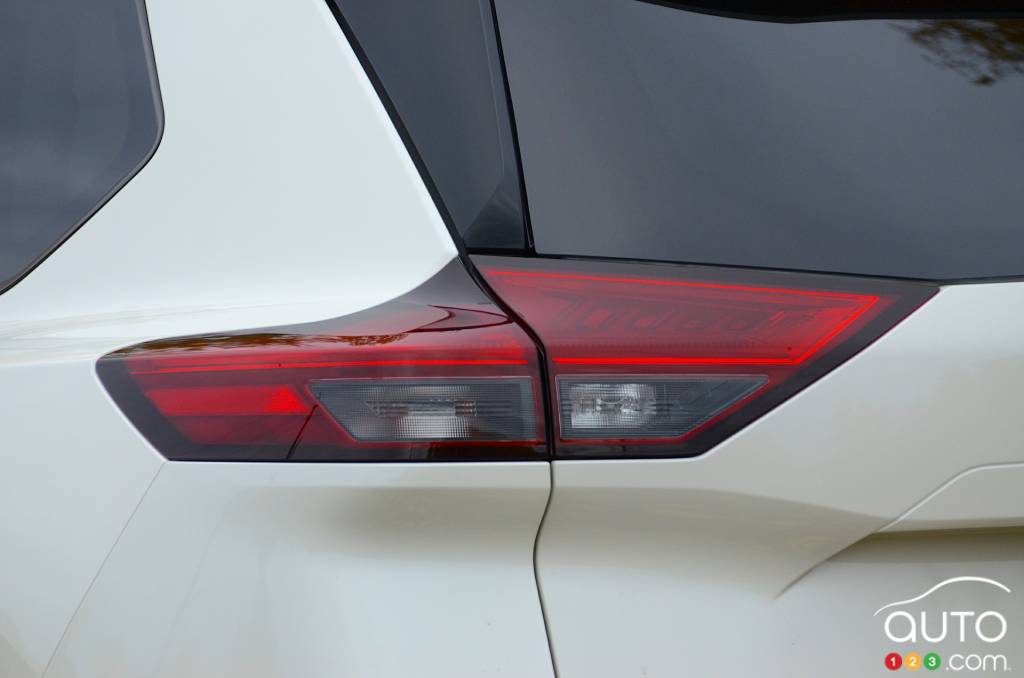 It's clear, the 2021 Nissan Rogue is greatly improved with this new redesign, in fact it’s now equipped to do even battle in its very tough segment. Not ever...