In the Porsche mindset, racing is never far away and that always influences the design of the company’s production models. In 1974, the Zuffenhausen-based manufacturer finished second at the 24 Hours of Le Mans with its 911 Carrera RSR powered for the first time by a turbocharged engine. The following year, the brand launched the very first 911 Turbo, better known as the 930, which immediately became the world's fastest production car.

After twenty years and eleven victories at Le Mans with turbocharged cars, Porsche launched the first all-wheel-drive 911 Turbo. This now-highly sought-after type 993 variant would mark the pinnacle of the 911's air-cooled engine and take it to a new level in terms of performance, handling and versatility.

Three complete generations (996, 997, 991) and a quarter-century later, Porsche now presents an eighth edition of the 911 Turbo, now built on the architecture of the type 992 that was launched last year. First up to bat are the coupe and convertible versions of the Turbo S, still the range’s most powerful iteration; it should debut in the spring of 2021. The 'regular' Turbo will come later, with a slightly more modest cavalry.

Auxiliary rockets not required
The new 911 Turbo S is powered by an upgraded version of the 3.8L flat six that now produces 641 hp at 6,750 RPM and 590 lb-ft of torque starting at 2,500 RPM. That's a significant 61 hp and 74 lb-ft increase over the previous S. This is due to larger 'variable geometry' turbine wheels, new piezoelectric injectors and a redesigned four-vent intake, among other things.

All that muscle is managed by a new 8-speed PDK dual-clutch transmission with all-wheel drive; it features a stronger multi-plate centre clutch that can deliver up to 369 lb-ft of torque to the front wheels while an electronic, torque-transferring limited-slip differential takes care of the rear wheels. This system’s fiendishly efficient control makes itself fully felt under full acceleration as you remain glued to the bottom of the 18-way adjustable seat.

In fact, the Turbo S clocks remarkable times of 2.54 seconds for the 0-100 km/h and 10.27 seconds for the traditional quarter-mile, with a top speed of 216.8 km/h. And as always with Porsche, it's all remarkably easy, thanks notably to the virtually infallible launch control mode. Simply switch to Sport+ mode by rotating the steering wheel-mounted thumb wheel, apply the brake with your left foot and depress the throttle with your right. The needle on the big tachometer then jumps to 5,000 RPM, you release the brakes and it takes off - fiercely, in the case of the Turbo S.

The designers also had the brilliant idea of adding a second hot-start mode that raises the revs to 4,000 RPM in Sport mode. That'll probably be enough to get you ahead of just about any other vehicle on the road when you decide to sprint.

To slow down, you have Brembo brakes with large carbon-ceramic discs pinched by 10-piston calipers up front – yes, 10 - and four in the back. Their diameters are 420 and 390 mm, respectively. In my test, this queen bee of the 911 hive stopped from 100 km/h in 32.6 meters - the best distance I've measured to date. Under normal driving conditions, the brakes are easy to modulate and never squeak, unlike many others of its kind.

Onward and upward
The 911 Turbo has grown bigger again, just like it has gained in power and performance with every metamorphosis since the 930 in 1975. The car is now 27 mm longer, 45 mm wider at the front and 20 mm wider at the rear; it also rides on wider, low-profile tyres (255/35 in front and 315/30 behind) mounted on 20-inch front and 21-inch rear wheels for the first time.

With the arsenal of horses available to it, the new Turbo S doesn't care one whit about the 40 kg it gained with these changes and due to the 8-speed PDK transmission and new systems and accessories. Especially since it sits on a suspension that Porsche has tightened with firmer springs, anti-roll bars and shocks, guided by stiffer bushings and ball joints. It's all about making full use of the tires’ bite.

Cornering ability is particularly impressive, although the tremendous road grip of the car actually makes it difficult to explore its limits. Pushing hard erases a hint of understeer and the Turbo S swivels, points its nose towards the apex point and even drifts slightly if you modulate the throttle. Roll is nil and the electric power steering is crisp and precise. To find out more, you'd need to stick it on a track – alas, the conditions of our test drive didn't allow it.

On the road, its many virtues are enjoyed at the cost of a pretty firm and fairly noisy ride that's reminiscent of the nerdy 911s of a quarter-century ago. Especially when the tires slam on the slightest bump or crack. There's little difference between the Normal, Sport and Sport+ modes on the road, apart from a rise in RPM in each gear and sharper throttle response. The integration of the electronic driver assistance systems is also flawless. These never affect the pure pleasure of driving the Turbo S.

So discreetly modern
At first glance, the silhouette of the new 911 Turbo S looks identical to the old, this even though its body is completely new. Aerodynamics are managed by a soft front spoiler that deploys to add up to 15 percent more support when the large rear spoiler is raised, while cooling is controlled by flaps that open or close in front of larger air intakes in the front grille.

Sitting at the controls, in that perfectly molded 18-way adjustable seat, you appreciate views both inside and out: the 911's exemplary visibility and the resolutely digital dashboard found in the 992. The dials lining the traditional centre rev counter offer an abundance of data that's can be swapped in and out with controls mounted on the superb GT steering wheel. The 10.9-inch central touchscreen is very clear, but the selection buttons are really too small. Long resistant to digital technologies, Porsche now integrates and masters them like it’s been at it forever.

Of note, my test car was a European pre-production model that made only a brief stay with us before returning to Zuffenhausen. I would have liked to know if the optional sports exhaust system would give it a more haunting sound, but it wasn’t included here. Also, it doesn't seem to have much need for the hydraulic system that lifts its 40 mm snout up to 35 km/h.

With a few options, the price of this GT Silver-coloured Turbo S goes from a $231,700 starting price to $241,540. That's a significant sum, but for a great, wonderfully refined sports car that can compete with or surpass much more expensive exotic cars, it sounds like a bargain. 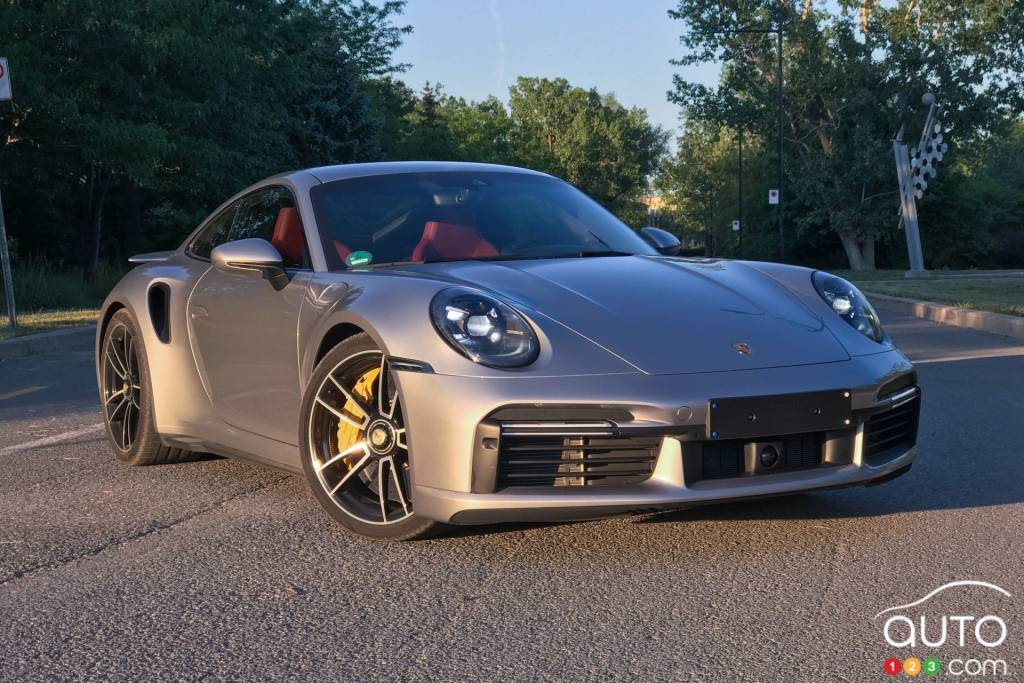 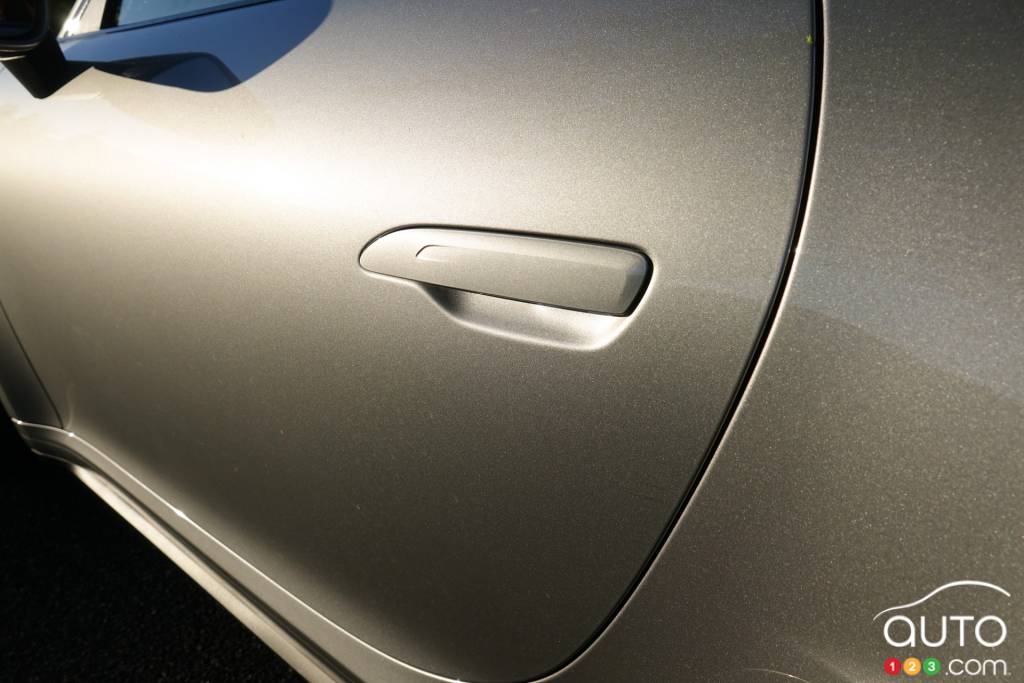 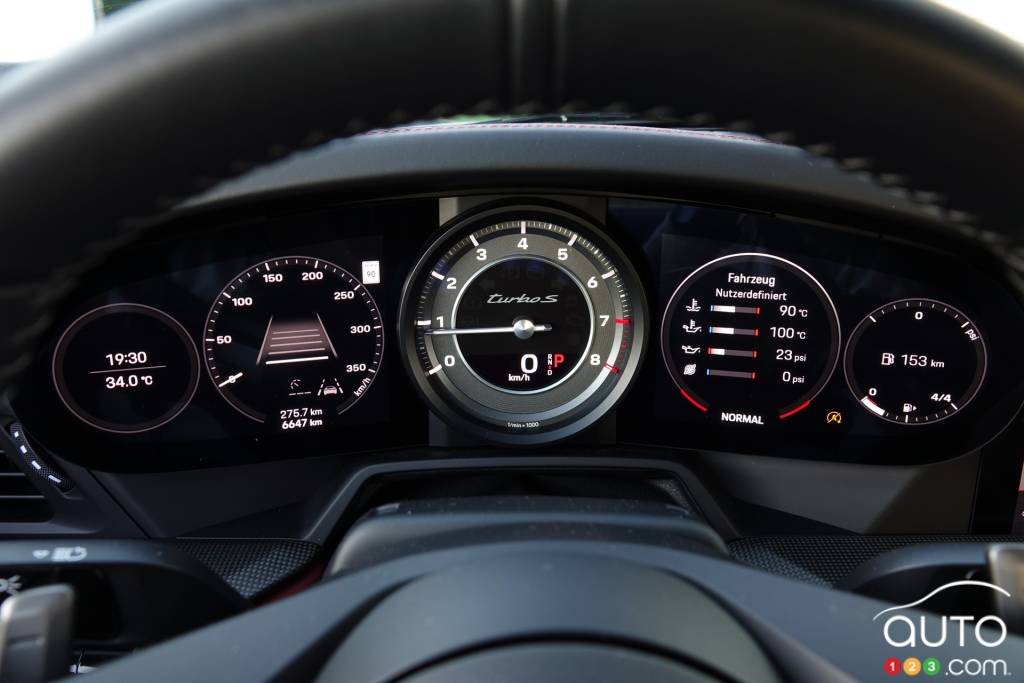 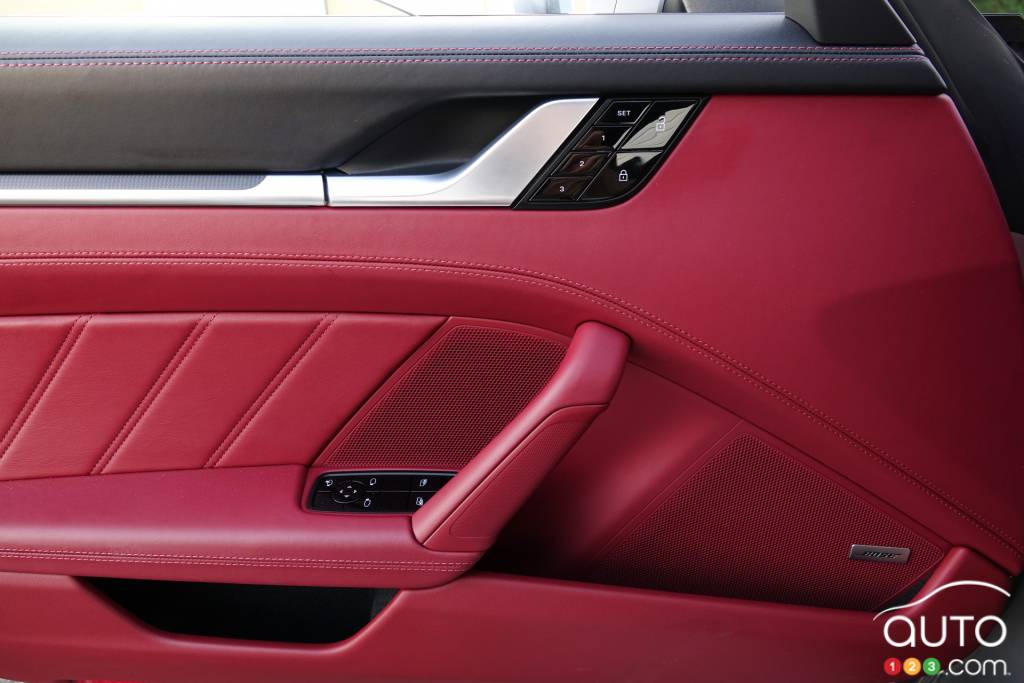 Porsche's 911 Gets its Manual Gearbox Back

Porsche announces the return of the manual transmission for its iconic 911 model. This option will be available with the 911 Carrera S and Carrera 4S version...

Undeterred by the cancellation of the Geneva Motor Show, Porsche premiered its 911 Turbo S online. The most powerful variant in the lineup now sees its outpu...