Introduced in 2013, the Toyota 86 (first marketed under the Scion banner as the FR-S coupe) has, in its own way, made a mark on the recent sports car scene. Compared at times to the Mazda MX-5, and at other times to the Nissan 370Z, and occasionally even to the Ford Mustang, the 86 stands out in modern automotive history as one of the very good affordable sports cars of its time.

Akio Toyoda succeeded in his bet by approving this project that was developed in partnership with Subaru. The FR-S/86 coupe proved that Toyota didn't have to stick to making vehicles resolutely beige in nature, a term too often used to describe the brand's philosophy in the early 21st Century.

Nine years after its arrival on our roads, Toyota returns to the arena after a very brief hiatus (the 86 coupe was not offered in 2021). A few weeks ago, the automaker’s Canadian division offered us an hour behind the wheel of a pre-production version of the 2022 Toyota GR 86, which we're told should arrive in Canadian dealerships this fall.

Considering the success of the modern reincarnation of the Toyota AE86 (or Corolla GT-S for North American enthusiasts), has Toyota - and Subaru for that matter - made the necessary adjustments to make this 2.0 version a worthy replacement for the 86? That's what I went to see... for an hour!

It's still an 86 – sorry, a GR 86!
Let me tell you, an hour goes by fast. You have to devote 10-15 minutes or so to take a few quick shots, and a few more to figuring out what's new in the cabin. That left only a puny amount of time to appraise the appearance and on-road chops of the 2022 GR 86 (know that the coupe, like the GR Supra, gets the two letters of the Gazoo Racing sports division. This is the first change to note).

The new model is cut from the same mold as the old one, meaning the proportions are the same and the silhouette respects the lines of the first generation, with a few changes of course.

The side windows are no longer as sharp towards the rear, for example, and the opening in the front fenders is functional and adds character to the whole. The rocker panels are more rounded than in the past, and the duckbill-shaped trunk sits above C-shaped parking lights. Under the rear bumper, you'll find a pair of exhaust pipes installed in the black plastic diffuser. As for the front end, the GR 86 shares its headlights and hood with the Subaru BRZ coupe, but no more than - the bumper is exclusive to the Toyota model.

In the end, the only word that comes to my mind after this hour spent looking at it, studying it, is... maturity! The Toyota GR 86 coupe is more mature than its predecessor. Personally, I must admit that I particularly like the motorsport-inspired front end.

What about the interior?
Since the new car is based on a modified version of the previous version’s platform, the interior hasn't changed much. You can still seat passengers in the second row, but they'll have to be young and small because legroom is very limited, especially if the front-seat occupants are tall and push their seats back.

Up front, it's business as usual. The GR 86 offers two seats just big enough for an amateur race driver to have fun on a closed circuit; maybe best of all, a perfect driving position is within very easy reach!

During this blink-and-you’ll-miss-it test drive, I found the steering wheel to be thin, but in my opinion, that's the only flaw of this driving fan’s car. The manual transmission knob falls perfectly in hand and the close pedals make it easy to “heel and toe”, a maneuver that can be repeated over and over again. Oh yeah, the designers managed to integrate these cup holders into the door panels, a much more logical location than the centre console.

The dashboard won't win any design awards, but its sobriety is well-suited to those driving the car daily. Everything is sensibly placed, with large buttons and even a larger touchscreen than in the past.

Driving a bomb
The former edition of the coupe was lauded for its overall balance on the track or on the road. Driving pleasure was clearly its primary mission, but it lacked just a bit of power, and especially torque under the hood. Let's just say it took a lot of work to get the full potential out of the old version.

With its new, larger displacement engine (2.4L versus 2.0L), the GR 86 can fly on the road! Now, don't expect a monster of acceleration, but the 228 hp (23 more than before) and 184 lb-ft of torque (up 28) are very welcome. The brand's engine builders didn't set out to change the car's character, just make it better. Some would like to see the Legacy GT's turbocharged engine bolted on instead, but this naturally-aspirated unit respects the philosophy of the previous edition... and even of the Corolla GT-S of the 1980s.

In a nutshell, the sound of the car is more convincing, the chassis is firmer, the steering is quick and precise and the manual gearbox is still fun to use! Honestly, I can't wait to put this second edition to the test on the track. As for the handling, it has improved thanks to the presence of Michelin Pilot Sport 4 tires.

The last word
The 2022 Toyota GR 86 certainly won’t become the brand's best-selling car, or even get into the same ballpark as the holder of that title, the juggernaut RAV4. Its raison d'être is completely different, namely to seduce lovers of driving. The new edition is more mature and sharper and its heart is bigger... by 0.4 litres.

For those impatient regarding the advent of electric vehicles on our roads - I admit I'm one of them - the 2022 GR 86 serves as a quick reminder to drivers how a simple, attractive, sharply-put-together car has the power to put a smile on their face. 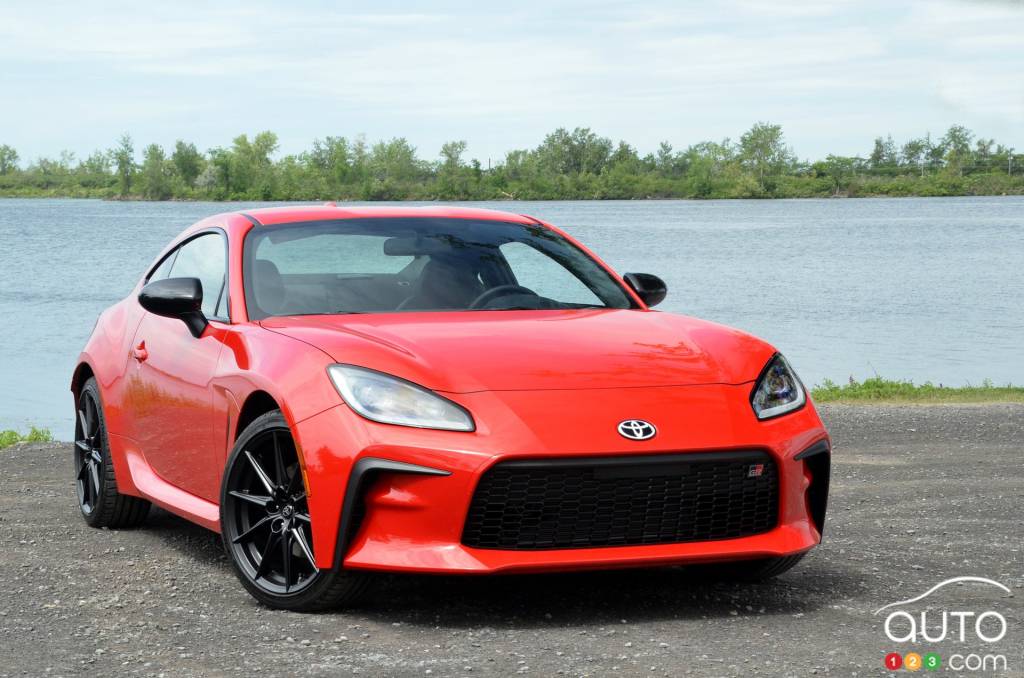 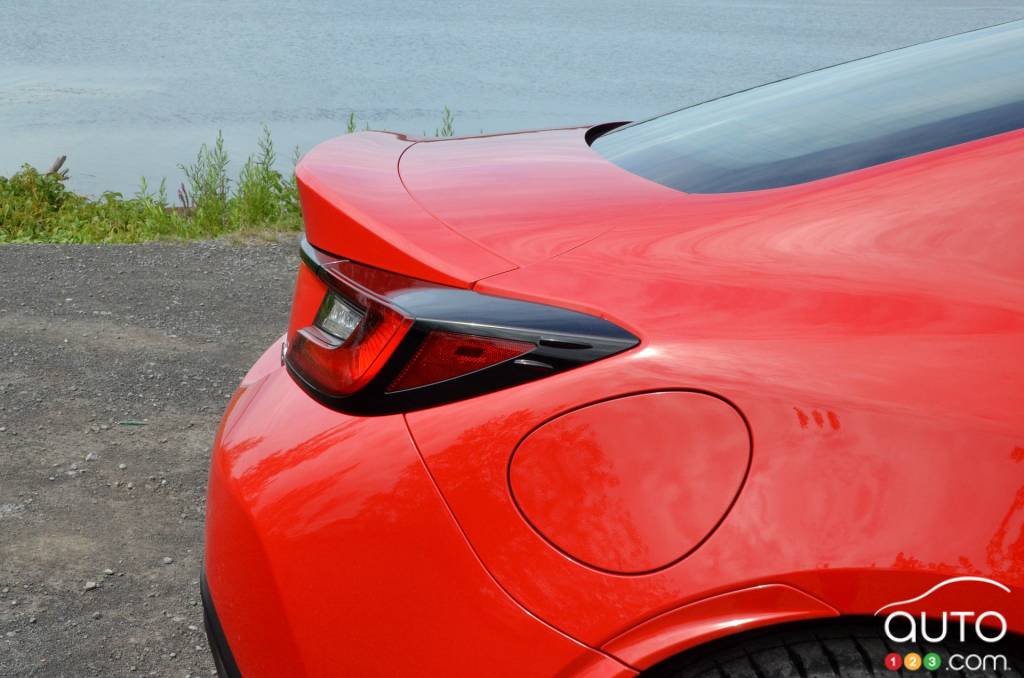 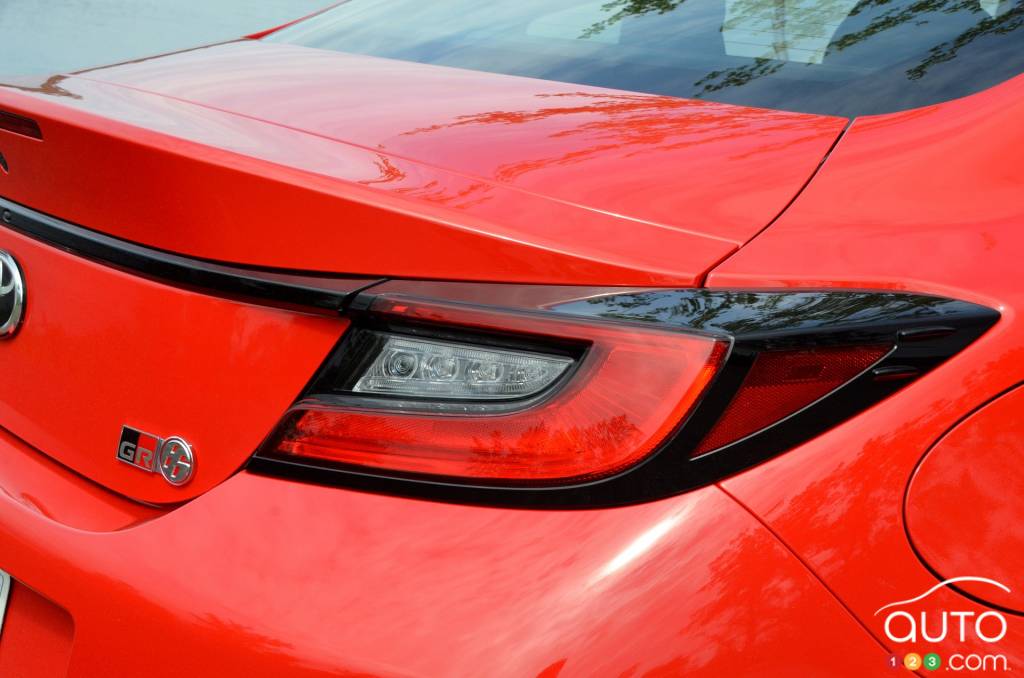 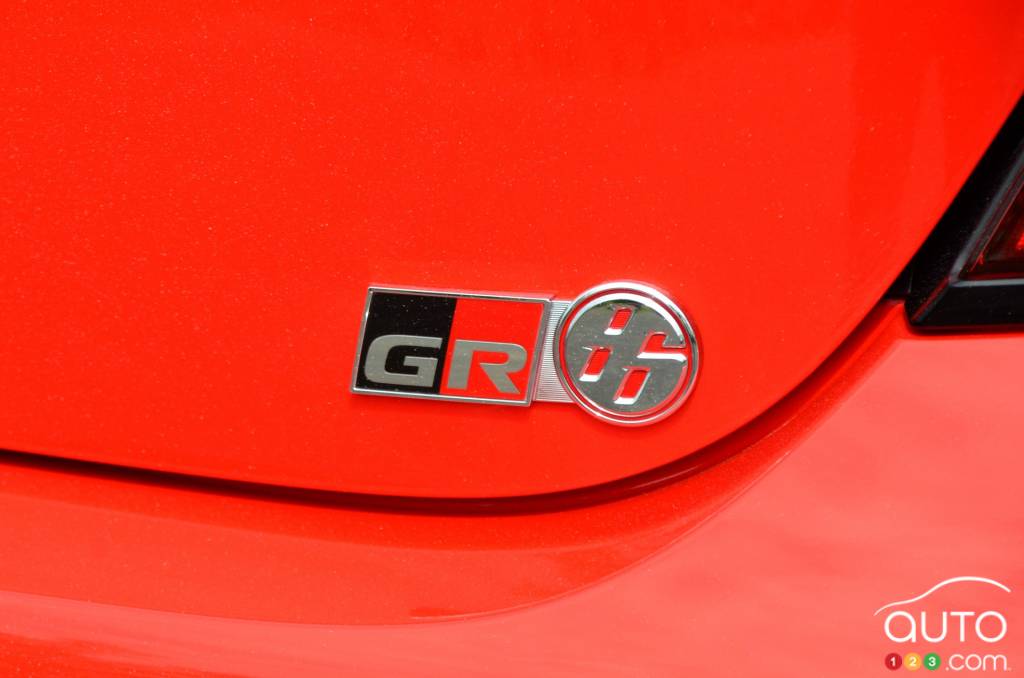 Next Toyota 86 Makes its Virtual Debut

Toyota has presented the next generation of its 86 sports car, the close cousin of the Subaru BRZ if you recall. As expected, the aesthetic differences are m...