With this new variant Kia shows just how far they can take the E-GMP platform Automotive columnist: Dan Heyman , Updated: 2022-12-27

•    This model is Kia’s opportunity to show just how far the Hyundai Group’s E-GMP platform can take things.

More performance
This hi-po version of their popular electric grand-tourer-slash-crossover is full value on the power front, delivering 575 hp and 545 lb-ft of torque, sent to all four wheels through two EV motors (a 160-kW offering on the front axle and a 270 kW rear motor plus a rear electronic limited-slip differential (eLSD)).

The motors are powered in turn by a 77.4-kWh battery that provides 332 km of range and can be taken from 10-80 percent charge in just 18 minutes on a 350-kWh Level 3 DC fast charger. Kia says that since the GT can accept an 800V rate of charge as opposed to the 400V most EVs do, it can maintain the faster charge rate for a longer period of time; picture a flat torque curve, just in the charging sense.

The rate will slow down at 80 per cent to maintain battery life, but the battery can be pre-conditioned if you let the system know you’re going to be arriving at a charge spot through your navi. This only works with charge stations, however; the battery can’t be preconditioned as you arrive to the Level 2 charger you may have at home.

The looks
Styling-wise, there are a few choice details reserved for the GT as opposed to the lower-spec (and somewhat confusingly named) GT-Line trims.

The wheels have a unique design and at 21 inches, they’re the largest found on any Kia, including the Telluride SUV. They’re wrapped in Goodyear Eagle F1 rubber and shroud lime green-coloured brake calipers which, in turn, clamp larger brake rotors. The front ones measure 15 inches, the rears 14.2, both up from 12.8 on other models.

Overall, it is a good look, and while the spoiler, front clip and rear facia remain unchanged from other EV6s (the GT does get a unique rear diffuser), the wheels look great and coupled with the bright brake calipers, help the GT look distinct from other models but without going to quite the extremes Ford does with the Mustang Mach-E GT, for example.

The one thing I do wish Kia had done is to flare the fenders a little bit. As it stands right now, I feel the same way about the EV6 GT as I felt about the standard EV6: because of the way they’ve shaped the headlights and front fascia, I can’t shake the feeling that it looks like someone has taken the front end of a vehicle that’s wider overall, and grafted it on here. Think a standard Ford F-150 pickup with a F-150 Raptor front-end swap.

The long wheelbase, meanwhile, prevents the full-squat effect you might expect from a performance model.

Inside
The theme of subtle differences continues inside. The green used on the brake calipers is present on the contrasting stitching on the seats and the steering wheel, the GT mode button on the wheel – more on that party piece in a minute - and some dash stencils. The gauge cluster will also glow said colour when the GT button is pressed.

The main difference in the GT has to do with the seats, which are specialized sports versions meant to grab occupants more firmly ‘round the hips and ribs. Which they do, but not uncomfortably so. They don’t dig into the outer thighs like seats of this variety so often do, even on the 120-mile test drive (plus track experience) we undertook in the Las Vegas area.

The rear seats haven’t changed but they, too, benefit from the new front seat design. Because the front seatbacks are thinner, there’s actually more rear legroom.

Even though the GT pushes the EV6 to new extremes, at first blush you feel just as you do in the standard car. It rides incredibly well even on those big 21-inch wheels and even with the firmer chassis it also gets.

On the road
The EV6 GT also has the inherently quiet operation of an EV and is a joy to drive on the highway, which is where the car delivers on the promise implicit in the GT designation. Coupled with the supportive seats, curved gauge cluster and infotainment display and low-clutter interior thanks to the shift dial and open centre console, this all makes the GT a relaxed place to be when it comes to everyday use.

Granted, it’s a little more cramped in here than it is in the EV6’s Hyundai Ioniq 5 cousin, but the EV6 is the more driver-centric of the two. Not to mention the way the ensconcing cabin brings all the controls within easy reach – I’m especially a fan of the seat and steering wheel heater buttons sitting conveniently at the leading edge of the centre console, which means driving is more distraction-free.

Of course, while on the highway you can take advantage of the GT’s suite of driver aids, for instance lane centering, adaptive cruise control, auto high beams, augmented-reality navigation and in-gauge blind-spot cameras.

Range
Being an EV, power is one thing but your range – and how best to make use or maintain it – is equally important. To that end, Kia has provided the GT with four levels of brake regeneration (five if you include the “off” setting) adjustable by wheel-mounted paddles, the most aggressive of which is called “I-Pedal” and provides one-pedal driving. In this mode, I came to a number of intersections without ever having to touch the brake pedal, as releasing the throttle is enough.

In addition to the regen modes, there are three drive modes that come with their own set of parameters: Eco, Normal and Sport. Even if you keep your pedal pressure constant, you will feel the car start to drag a little more as you move through the modes as they provide access to either 214 kW or 320 kW of power.

On this day, we started with 209 miles of range on the clock (about 336 km, more than Kia’s claimed range on full charge). After driving 193 km, we were left with 130 km of range, which is just a little less than what was originally predicted but only by about 15 km. For an insanely powerful EV, that’s not bad at all.

On top of all that, we have two more little easter eggs: the GT button and drift mode. The GT button provides access to two additional modes: GT – which makes 430 kW -- and Individual, which allows you to set aspects like the steering, throttle response and suspension to your heart’s content.

Drift mode is a bit of a different animal in that you don’t access it by simply pressing a button. Sport mode must first be selected, the traction control switched off and both regen paddles pulled at the same time. It’s complicated. And note that in drift mode, up to 100 per cent of power can be sent rearwards, and the computers manipulate the eLSD so much that it really is reserved for track mode only.

So why do it? Well, according to Kia, the answer’s simple: because they can.

On the strip
A further word regarding power:  With no need to worry about power making its way through gears and half shafts, delivery on tip-in is instantaneous, blasting you down the road on a futuristic-sounding wave of power totally unbecoming of a vehicle whose curb weight crests the 2,100-kg mark.

Yes, this car is searingly quick, in fact Kia claims it can take as little 3.4 seconds to go from 0-100 km/h. We didn’t get a chance to measure that, but we were able to test its quarter-mile performance on a proper drag strip at Las Vegas Motor Speedway.

I’m just going to come out and say it: I have zero experience at the drag strip. Never done a drag race, never had to stage a vehicle, never had to react to a Christmas tree. I was as green as the GT’s brake calipers… and still managed to cross the line at 11.65 seconds and 116.29 mph. Which isn’t too bad and goes to show that a) I guess my reflexes honed through years of playing goal in ice hockey aren’t completely lost and b) the EV6 GT is damn fast in a straight line and it doesn’t take much to get there -  activate GT mode, stamp the throttle, and Bob’s your uncle.

Even when at speed on the highway it still had enough to give for easy passing manoeuvres.

In addition to the drag strip, we were also given some track time and while the EV6 GT remained immensely fast, through the turns you do start to feel that weight as the body leans and the tires – as performance-oriented as they are – chirp, chirp and chirp some more. Beyond weight, I found the steering not quite communicative enough, which caused me to be constantly adjusting, upsetting the balance and making for less efficient progress.

The handling was helped by the way the eLSD works, however. It is so quick to react and the system is so smart that it almost feels like you’re working with rear-wheel steering. You’re not, but the way power is distributed to scrub off understeer certainly makes it feel like you are. In the real world this can be very helpful when negotiating winding two-lane highways.

Also important here are the brakes, of course, and these binders are strong. Kia has even managed to remedy the mushy brake pedal feel so many EVs and hybrids have due to the regen qualities of their brakes.

The final word
The power the EV6 GT delivers is top drawer, and so is the level of prestige surrounding it. It was revealed at supercar-crazy Pebble Beach, no less, and it will be a limited-run model.

But there’s a problem, and its two-faceted. There’s the starting price of almost $75,000, for one, and the existence of a similarly sized vehicle with more luxury, for two. That would be the Cadillac Lyriq, which delivers more range and more room inside, and costs less than does the EV6 GT by about five grand in RWD form. (Canadian pricing for the AWD Lyriq has not yet been announced, but it’s hard to imagine the Lyriq AWD will carry the $5,000 premium required to equal the GT’s starting price.)

The GT does have a bit of an ace up its sleeve, however, in that it’s expected at Kia dealers imminently, and the Lyriq AWD is farther away o the horizon still. The availability plus the power on tap may just allow the GT to snag a potential Lyriqcist or two, and even attract some of the more well-heeled EV buyers. 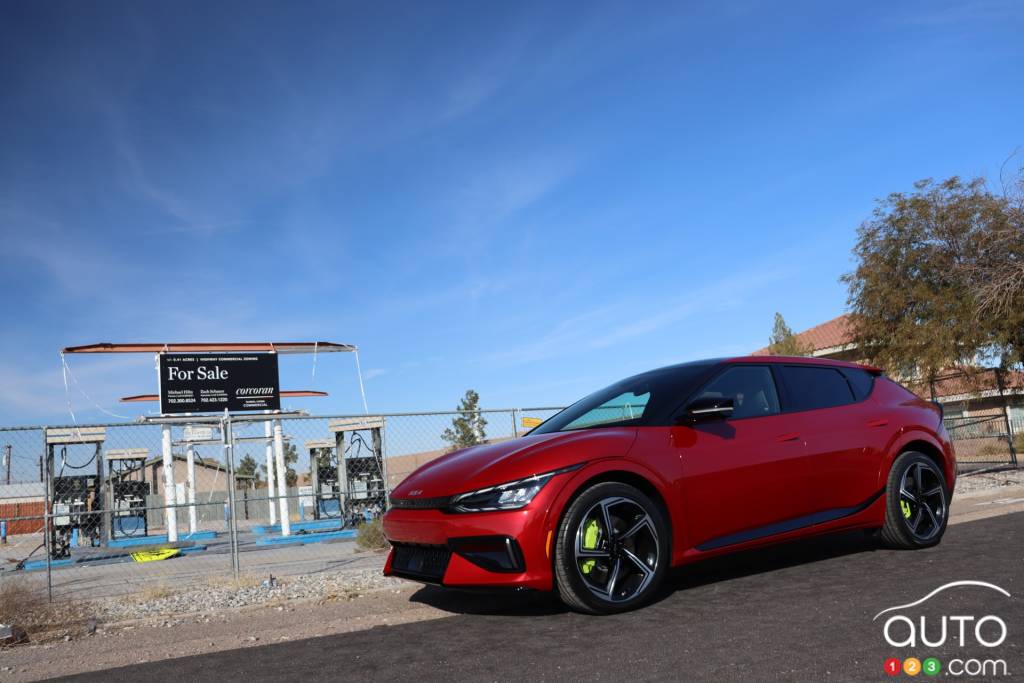 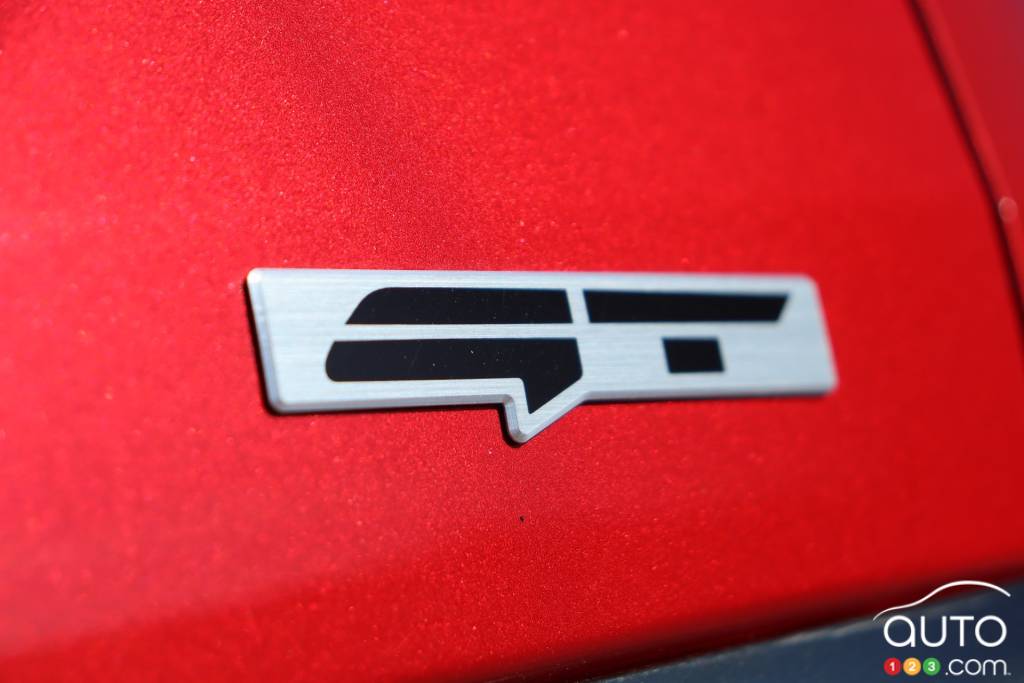 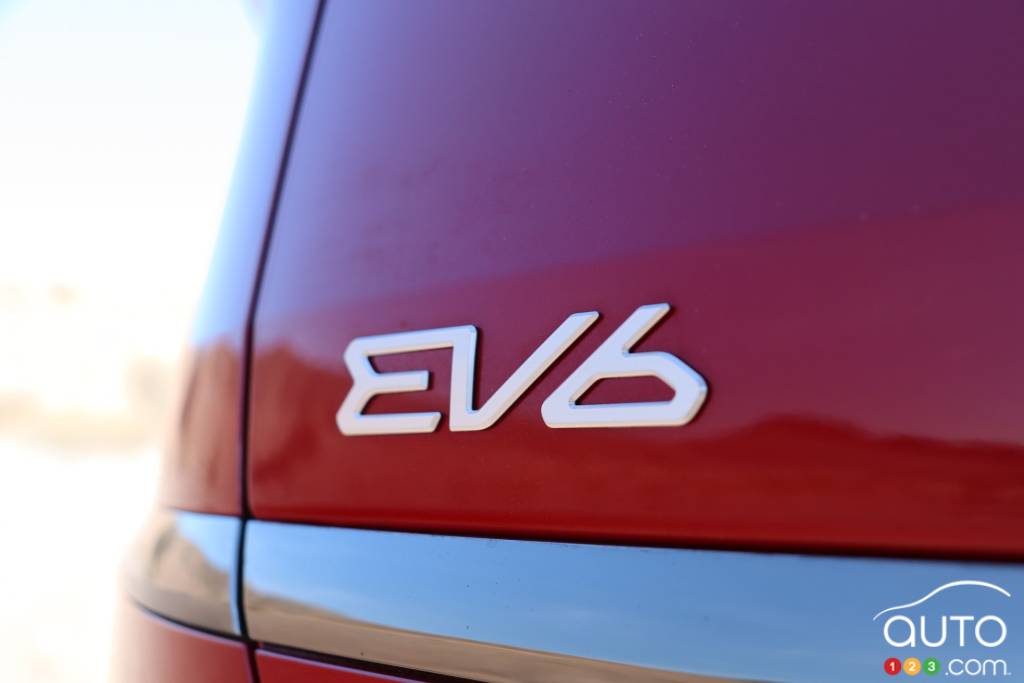 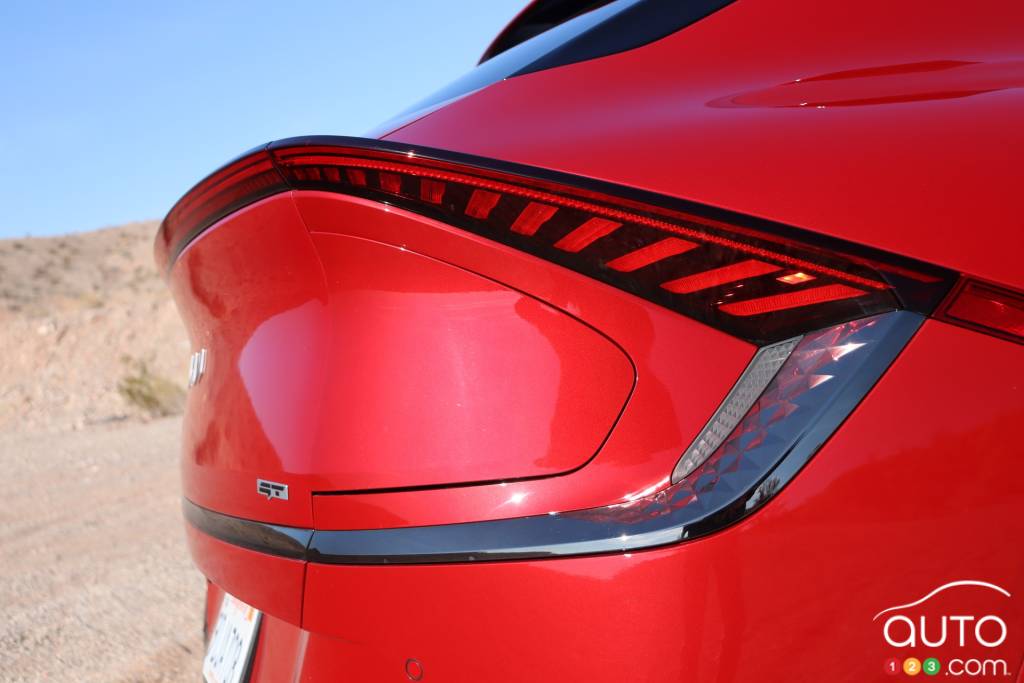