We can say without a doubt that the arrival of the Ford Bronco is one of the big news events of the year, if not THE biggest in the automotive world. Its official presentation in the midst of a pandemic last year sure attracted a ton of attention.

So much that its debut on the road is happening almost... silently.

That is to say, there's publicity surrounding the market debut of the Bronco alright, but it's maybe not the kind Ford would want. We're talking about production and delivery delays caused by multiple factors, then issues with roofs, microchip shortages, forced shutdowns in factories, etc.

That's not just a Ford problem of course - the industry is going through a tough period right now. But the Bronco has been slightly bedeviled by launch hiccups.

We'll have the opportunity to revisit these details, surely - but today, let’s focus on the positive, our first moments behind the wheel of the model. We've been waiting for this one for a long time already…

And we're going to do it simply. If we tried to tell you everything about the Bronco, you'd need a good two hours to read it all. Ford is giving birth to a product that presents itself in a varied, even complex, but extremely comprehensive way. The new vehicle is there to meet the needs of amateurs and his endowment is among the most generous that we've come across in a while.

We'll therefore focus on the essentials with a few words on style, the offering, a particularity of the models driven on that day, the interior, as well as the general impression left by the driving experience.

Then we'll have the opportunity to come back and deliver more features and reviews on other things that define the new Bronco. Looking at the Bronco, one thing comes to mind; we're in the presence of a life-size toy. Yes, Ford was true to the original design, the one from 1966, but beyond that, it feels like this is the kind of vehicle a child would want and could have fun with for hours in a sandbox. Is that a criticism? Not entirely sure, but I don't think so.

The other obvious observation is that it generates emotion. Rare is the model the looks of which make so much headlines. Some - like me -  love it, and some don’t.

Polarizing is the word. My take is that, in a world where gray and straightness dominate, this is refreshing. So far, more than 150,000 prospective buyers seem to agree. That's how many made reservations before the Bronco launched.

Again with the childhood analogy. Here, it feels like your inner child has stumbled into a candy store. There's choice by the ton, many colours, eye-catching packaging. The offering includes a total of six variants, including Base, Big Bend, Black Diamond, Outerbanks, Badlands and Wildtrak.

Only that? No. Each Bronco can be delivered in a two- or four-door configuration. Best of all, all can be fitted with the Sasquatch package, the ultimate package that allows any off-road enthusiast - and any novice, too - to go where it's not allowed at all.

This is made possible, among other things, by the different drive modes offered. We find a variety of them. Some are available through the range, others reserved for certain versions. After all, each Bronco caters to different types of adventurers.

And add to that a colour palette capable of confusing a painter, two types of roofs (rigid and flexible), two engine options (4-cylinder EcoBoost 2.3 liters, V6 Ecoboost 2.7 liters), two gearboxes and accessories by the ton (more than 200 and more to come), in particular. If you feel like building yourself a model online, make sure you have time. A lot of time. All Broncos promise to be special, but what sets the bar higher is the Sasquatch option. Obviously, the models tested during our first drive were equipped with this one, as evidenced by the presence of these huge tires (315/70R17, 35-inch tires) wrapped around the 17-inch rims. It also adds a 4.7 final drive ratio with electronic locking front and rear axles, high clearance fender flares, and a raised suspension. Its price varies according to the version selected.

Moreover, to understand what and what can’t be combined with this or that variant, just one tip; try out the configuration tool on the Ford website. The possible combinations are practically endless.

It’s now inevitable, when it comes to the Bronco, the comparison with the Jeep Wrangler needs to be part of the discussion. In fact, we could compare everything between the two vehicles; we'll save that for another time, if you don't mind.

However, I have to deal with one aspect here, which is the interior. Inside the Wrangler, the driving experience has always been rustic. We like the Jeep that way, but longer drives are harder on the body and the soundproofing could still be improved, among other things.

With the design of the Bronco, Ford was able to focus on offering a recipe for the Wrangler in terms of presentation (dashboard arranged vertically, original and unique touches to the model, unique ergonomics, etc.), but by adding a lot more comfort.

In fact, the two vehicles are very different. Jeep needs to already think about the next generation of its Wrangler, but since the current model got a major revamp in 2018, we will need to be patient.

As for the equipment, once again, I recommend a look at the Ford website. The choice is impressive. This review isn’t complete without a few driving impressions. It’s also important to note that we only drove one version of the 4x4. Above all, the Bronco is a vehicle that can be operated under different conditions. A few extra test drives will give us the opportunity to really get a clear picture of this new product.

This first drive was mostly spent off the beaten track. On the road, the Bronco was very stable and quite comfortable, these big tires giving the Bronco enough rebound to keep it comfy.

On the trail, we experienced the capabilities in two stages. First, in the heart of a mostly rocky and bumpy cottage trail, a course where the cruising speed varied between 40 and 90 km/h. On that surface, the Bronco gave us the impression of being behind the wheel of a Big Foot. Every imperfection on the road were annihilated by the SUV’s big shoes. The Bronco leaps over the bumps with the ease of a cowboy on his horse at full speed.

Following this fast trail, we embarked on a narrower and steeper path where everything takes place at low speed, in 4 Low. That’s where we discovered how the truck can handle every obstacle on that tighter trail. Unsurprisingly, the Bronco is designed to follow a Jeep Wrangler  in any type of situation. But, let’s keep these comparisons for another time if you don’t mind. One thing is for sure, both go where others don't.

The Bronco has many electronic tricks that can transform a driver into a  true off-road professional. Know that the list is too long, but let's remember a few things that are essential to any successful off road expedition.

First, we have the classic front and rear differential lock functions, which is done at the push of a button. Above all, as with the Rubicon version of the Jeep Wrangler, it is possible to disengage the front stabilizer bar, which then allows greater articulation of the wheels, enough to shake the obstacles that stand in front of us.

Then, a novelty as interesting as it is fun, a system that allows you to make a tight turn. Basically, if you're turning left, just steer at full lock and then push a button that locks the left rear wheel. You can then do it, still keeping the steering wheel fully focused, and practically turn in place. It is impressive, especially to get through very tight spots without having to perform reverse maneuvers.

Otherwise, the Bronco behaves like a veteran off the beaten track and behind the wheel, you quickly gain confidence. 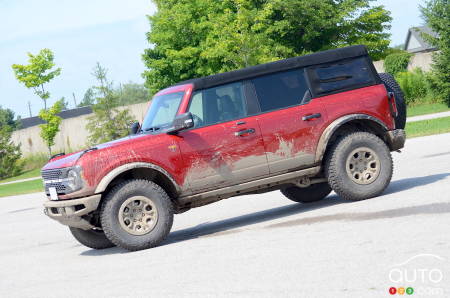 We could have spent a lot of time on this new Bronco. And we will have the opportunity to come back to it, don’t worry.

For now, there is no doubt that the first step has been successful for Ford, which is to bring a competent product to the market, one capable of stealing direct sales from the Jeep Wrangler. We haven't seen this for a long time.

Besides, it's up to you, because the Bronco also remains a toy for wealthy people. If the base price is tempting at around $ 40,000, it jumps at lightning speed as you move up the lineup and add options. Pretty much like the Wrangler, after all.

The initial quality issues
Reliability and a reputation to build
The price which is skyrocketing rapidly
The availability; new buyers will have to be patient 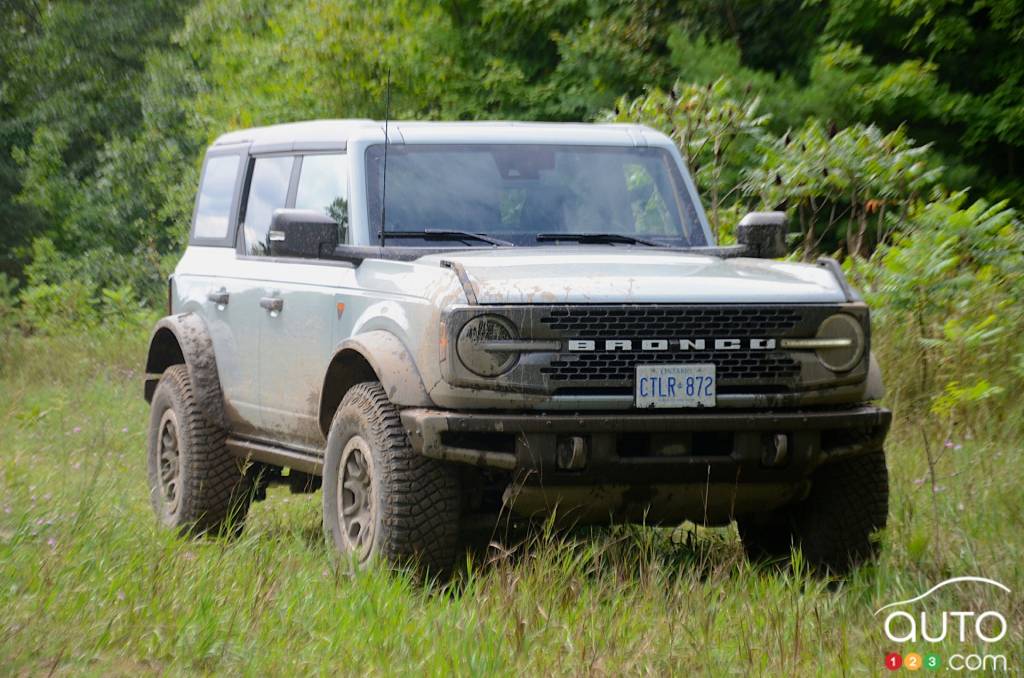 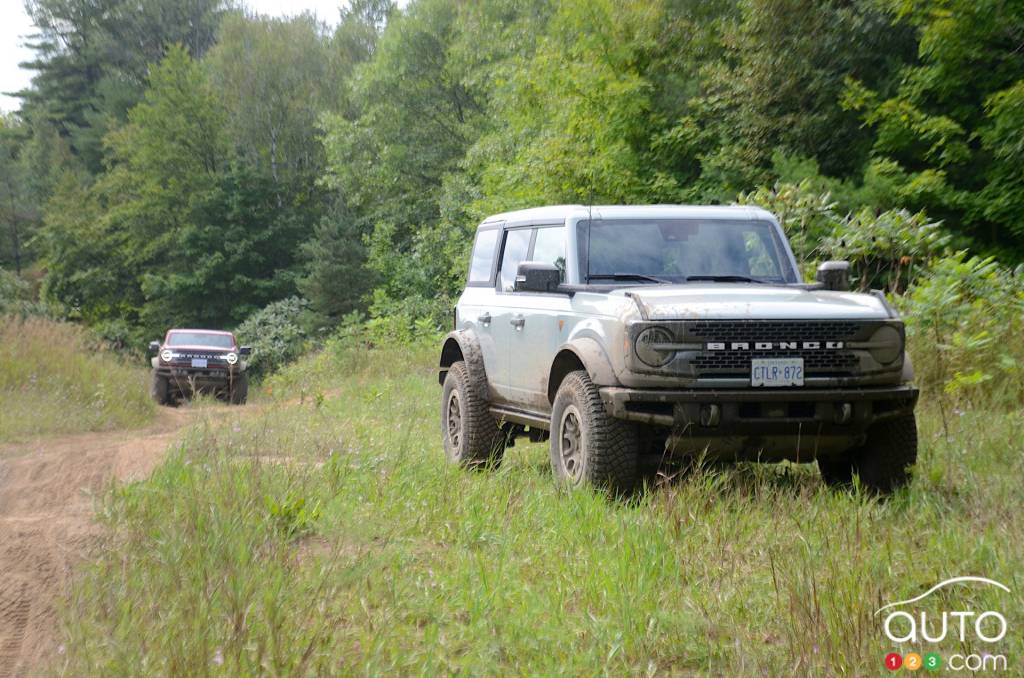 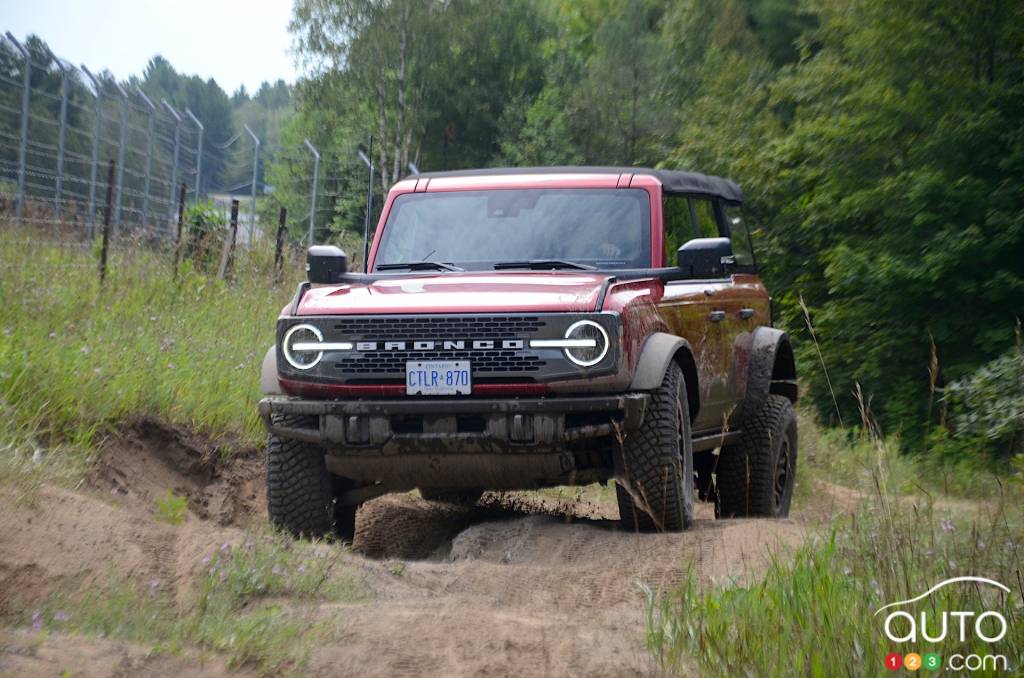 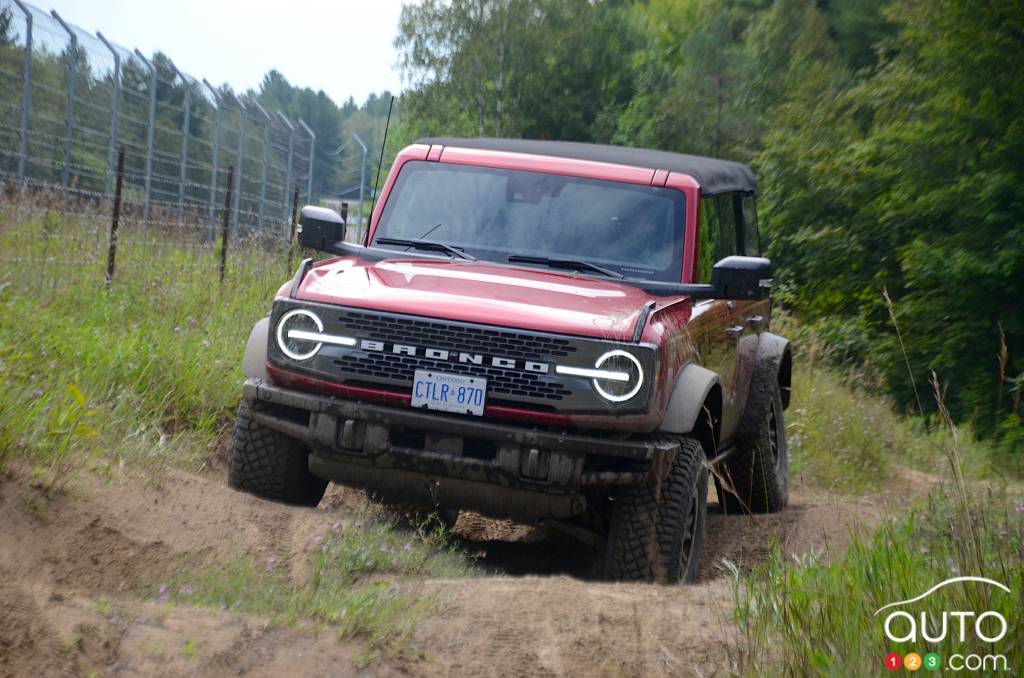 Ford Will Replace the Hardtop on Broncos

Ford is forced to replace every hardtop on all Broncos sold so far. The problem is related to the supplier.