To place this battle of compact SUVs in its proper context, know that the Nissan Rogue outsells the Mitsubishi Outlander by a margin of 4 to 1 in Canada. The combined sales of the Outlander PHEV and the regular model are about 11,000 units while Nissan has sold over 41,000 Rogues in 2018. Nissan starts with a certain advantage in this duel, we can safely say. But as you know, it's not all about numbers.

The Outlander begins its fifth year on the market with no major changes; its last complete overhaul dates back to 2014. The arrival of the PHEV model gave this aging SUV a serious second wind, but for the purposed of this comparison, we’re appraising the gasoline-fed models only.

The Outlander powered by gasoline only is available in ES, ES Touring, SE and GT versions. All are equipped with the automaker’s All-Wheel Control all-wheel drive system, which can vary the torque between the front and rear axles, while the GT offers a more sophisticated version with a front differential with torque vectoring that shifts grip from left to right as needed. 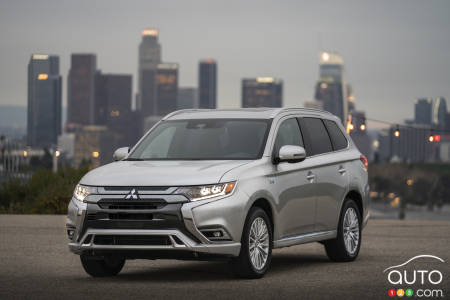 Four or six cylinders
The ES and ES Touring models come with a 2.4L 4-cylinder engine developing 166 hp and 162 lb-ft of torque, coupled with a CVT (continuously variable transmission). The SE and GT models run on a 3.0L V6 offering 224 hp and 215 lb-ft with a 6-speed automatic transmission.

These two engines are prehistoric but their reliability is flawless and performance is decent. The fact that the Outlander still offers the choice of a V6 is a rarity in this segment; most of its competitors offer a base 4-cylinder or 4-cylinder turbo.

Choosing a third row of seats
Unlike the Rogue, the Outlander still offers the choice of a third row seat. It’s more of a 4 + 2 situation (strictly for emergencies), but it can be convenient for short trips.

While the basic ES version adds only a small amount of equipment, the ES Touring comes standard with blind spot monitor and rear cross traffic alert.

If you want items like lane departure warning, pedestrian detection and adaptive cruise control, the GT is the only version in which you'll find a comprehensive offering of electronic drive assist systems. 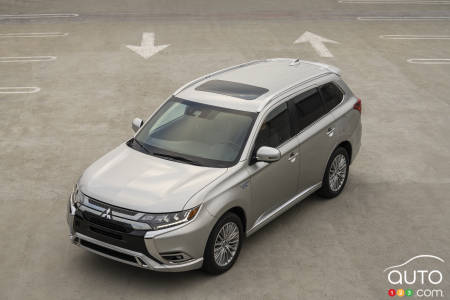 On the road
With the redesign of the model in 2016, in-cabin noise level went down and road handling improved, even on winding roads. The 6-cylinder, which remains the choice of 70% of buyers in Canada, is the most interesting model. In addition to being able to tow 1588 kg, the GT version boasts one of the best all-wheel drive systems on the market; the Super All Wheel Drive Control (S-AWC) controls an active front differential and manages brakes and steering.

However, we should point out the great improvement of the 4-cylinder version. The CVT8 transmission greatly enhances the driving experience. In addition to ensuring a more-comfortable drive, this transmission reduces wheel torque loss by 26%, resulting in higher power output at low speeds. Not particularly impressive in the past, the 4-cylinder has suddenly become a more-compelling choice.

Conclusion
With a 10-year powertrain warranty, one of the few V6 engines in this class and rock-solid reliability, the Outlander is still a great buy, even with the 4-cylinder. That said, overall the model is ripe for a complete redesign. 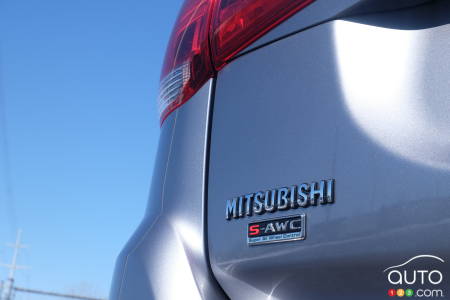 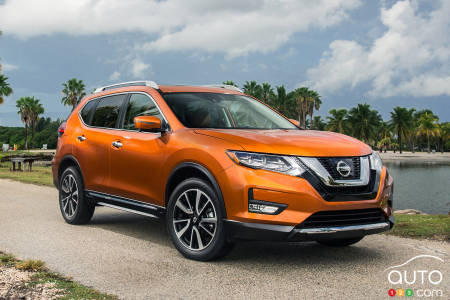 The Rogue is Nissan's best-selling vehicle in Canada. In recent years, the Japanese automaker has made great efforts to capture more market share in North America, and done it by offering rebates and promotions. The campaign has for the most part worked quite well and many people bought a Rogue at least in part because of the attractive offers.

A little more technology
Nissan has made some technological changes in 2019. These include increased availability of lane departure warning and intervention systems, automatic pedestrian emergency braking and automatic high beam in the base model. The SL model benefits from automatic rear braking and parking sonar. Meanwhile, Nissan's ProPilot Driver Assistance System becomes an option in SV and is now standard on the SL, where it was previously optional.

One engine
The Rogue is powered by a 2.5L 4-cylinder engine producing 170 hp and 175 lb-ft of torque working with continuously variable transmission (CVT). The S and SV versions are available with front-wheel drive and can be equipped with optional all-wheel drive. The SL version comes standard with all-wheel drive. 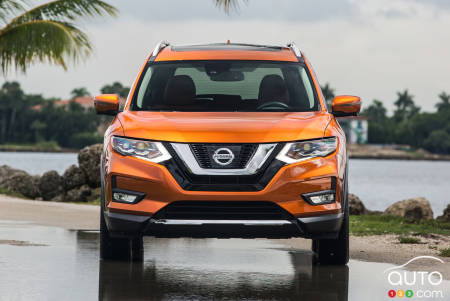 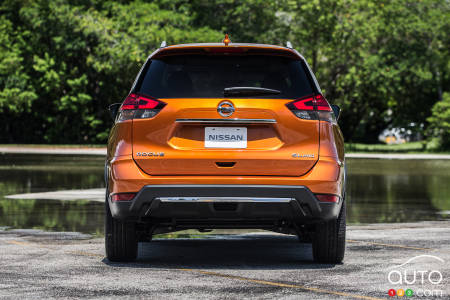 No joy behind the wheel
That’s all great, but the driving experience is disappointing. The engine is underpowered and Nissan has one of the worst CVT box solutions on the market. Unpleasant to use, it drains a lot of the energy from the engine and makes driving very unpleasant.

Steering is not very communicative, and Nissan has a very invasive drive-assist system that drove me crazy after a week of use. To top it off, the brakes are inefficient and the four-wheel-drive system is not nearly as convincing as Mitsubishi’s.

Conclusion
While it’s true that the Rogue offers more-generous space and fairly low fuel consumption, for rest things aren’t that bright. Despite the excellent sales performance of the model, we feel like that people have been buying it for reasons other than its qualities as a vehicle.

When it comes to the warranty, its 4WD system and towing capacity and the availability of a third row, the Outlander wins in a sweep. The CVT8 transmission is also more enjoyable to use and only the Outlander offers a V6.

With more width and a higher roof than the Outlander, the Rogue offers a little more space both for occupants and cargo. The base price of the Rogue is lower than the Mitsubishi and the base version is better equipped than the base Outlander.

On the road, fuel economy for the 4-cylinder engines is comparable and the cost of more-equipped models is very similar.

Despite its age, the Mitsubishi gets our vote. It offers a more enjoyable ride, especially with the V6. The reliability of the model is proven and the superior warranty offers additional peace of mind. 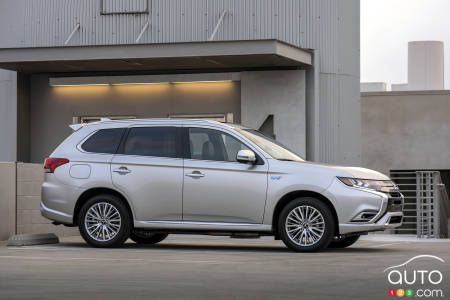 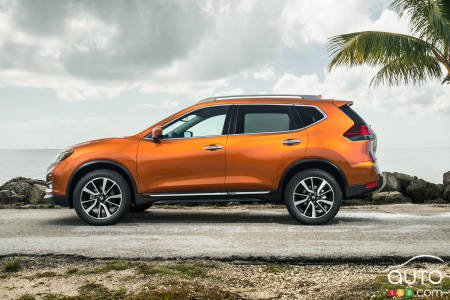