Unassuming on the outside but a total firecracker in its guts, the new 2018 Volkswagen Golf R is the most explosive of VW’s iconic and widely beloved Golf models. Though if you’re looking to advertise to the world what a bitching-good-time-of-a-ride you own, stay away from this one, its subtle appearance won’t get you anywhere. The Golf GTI, somewhat less powerful but no slouch in the fun department either, offers more outward design cues pointing to its performance chops, if that’s a concern for you. Check out our review of the 2018 GTI here.

The R displays almost no outside indicators to differentiate it from the regular Golf, with the exception of the small R badge found on the passenger side of the front grille, on the back hatch and on the car’s flanks, as well as in a few other discreet places. Other than that you’re driving a car that stands out not at all – until you put the 292 horses and 280 lb-ft of torque of the 2.0L inline-four turbo engine to work.

The Golf R is actually due for a redesign in the next year or two, if past history is any guide. VW has tended to refresh the model every 3-4 years, and the R’s last major one dates to 2015. No matter, people who like Golfs tend to like the model not for the changes that have been made to it, but for what stays the same. And the 2018 Golf offers much the same looks and driving dynamics as we’ve come to expect.

I said subtle, not boring
The looks may be the same, but that’s not to say this is a boring-looking car. The Type R gets revised and unique LED headlights so it has a slightly meaner disposition when looked at from the front. Its R-specific 19-inch wheels have also been redesigned, and I have to say they do add a touch of performance appeal; they’re complemented by exclusive black R-badged brake calipers. Those headlights are adaptive, by the way, meaning they turn slightly (13 degrees) in the same direction as the steering wheel.

Inside, the Golf R benefits from Volkswagen’s usual excellence at delivering solid quality of construction and a level of finishing that always seems to be ahead of everyone else in similar price range. The leather seating with R badging is really well-presented and comfortable to boot. Both front sport seats are enveloping enough to help keep bodies in place when cornering at speed, and the driver’s seat is 12-way power adjustable. The ambient interior lighting on the door sills, footwells and centre console is a nice touch, though I have to say I took little notice during my time driving the R, my attention being joyfully occupied by the act of driving. The digital cockpit display (new for 2018) can be changed to show the readings preferred.

The console is well-laid out, and the large screen (now 8 inches) provides intuitive access to all the commands you’d want to use. Thank you VW for making the buttons on them large enough that you can push them with confidence that a slight bump on the road won’t send your finger flying off on to the wrong button! (Can you tell that’s a pet peeve of mine?). Beneath that screen are the knobs for controlling the dual-zone climate control system. The button for choosing the different drive modes is close at hand, just to the left of the gear knob. I have a particular fondness for dials and buttons that are smartly placed in that area, where the driver’s hand tends to come to rest. Placing them there removes the need for reaching for the touchscreen, and helps the driver keep his attention on the road. The steering wheel in the R comes leather-wrapped, and is frankly a joy to hold and handle, with its flattened bottom section.

The drive
On to the fun stuff. And I mean fun, with capital F, U and N. So, the Golf is a famously fun car to drive even in its base form. The R is that, times 10. It ramps up the horsepower, but even more importantly its powertrain provides the torque required to make for stunning acceleration. That 280 lb-ft of torque I mentioned? It becomes accessible at just 1,800 RPM. The result is that it takes the R less than 5 seconds to go from a stop to 100 km/h. Volkswagen says that for 2018 the engine’s turbocharger has been “upsized”, and its cylinder heads, exhaust valves and pistons upgraded. What was really good just got even gooder. And of course it’s got that sweet, sweet music (to my ears anyways) of an engine warble that so distinctly says Volkswagen.

The car also comes with available Dynamic Chassis Control, an adaptive damping system that continually adjusts the suspension system and the steering depending on the road conditions and the way the driver is behaving. As well, the 4MOTION all-wheel drive system does great work keeping torque directed to the right (as in correct) wheels. These last two systems help make the handling of the 2018 Golf R a marvel to behold and experience.

For 2018 Volkswagen includes stop-start technology, a great addition that will help reduce fuel consumption. Engineers also added one gear to the available automatic transmission to make it a 7-speed. Other than a slight stutter when first getting going from a stop, I found nothing to dislike about the automatic gearbox my tester came with. Once the turbochargers kick in, it’s away you go with that aforementioned acceleration and precise gear-shifting from the DSG transmission. What a joy.

By the way, about those drive modes: There are five of them, ranging from Eco and Comfort to Normal and Race, along with a Custom setting. Now, there are cars I’ve driven whose Sport/Race mode verges on dangerous, quite inappropriate for everyday drivers, with steering that is too tight (or too loose), rock-hard suspension that makes a normal bumpy ride a white-knuckle experience, and so on. But that’s the particular genius of the Golf R. It is undeniably a performance car, and as such the natural mode for using it to its proper potential is Race. That’s when it does what it is mechanically designed to do. But at the same time, the drive it offers in that mode remains really comfortable and the car never feels like it’s not under the driver’s proper control. VW’s engineers have found a real sweet spot in providing Golf R owners with thrilling performance right alongside comfort and practicality for daily use.

What’s more, this thing is pretty darn fuel-efficient. In highway-only driving I had no trouble coming in at just over 7.0L/100 km on a tank; in mixed city-highway driving, it was around 9.5L/100 km. That’s not a lot of buck for a heck of a lot bang that you get with the little Golf and its big engine and performance capabilities. It may not totally satisfy the hard-core performance fanatics, who will likely prefer Honda’s raunchier Civic Type R, for example, but it provides an amazing amount of driving joy while being just fine for day-in, day-out use.

So, looking for a comfy hatchback with decent cargo space and the dimensions to make it practical in the urban environment, but want a car you look for excuses to drive? The 2018 Golf R is for you. The only cause for pause in its case might be the price point. With a starting price of just over $42,000, the R is a lot more demanding of your dineros than the GTI, for which the minimum price of entry is $30,000 and change. That’s a big leap. The jump in power is 72 hp, which is significant, but is it 12-grand significant? On the other hand there’s the 4MOTION all-wheel drive system to consider; the GTI comes only with front-wheel drive.

Among VW fans the debate between the GTI lovers and the R fanatics is a long-running and ultimately unresolvable one, kind of like the gulf that separates Canon and Nikon camera loyalists. The only way to know is to try them both, and choose your side.

Fun fact
In addition to the standard five, VW is offering the model in 30 additional different colour choices – for a price. $3,000 to be exact.

Minuses
Price point, perhaps
Don’t take back-seat passengers on any long road trips
No sunroof, either as standard or option
Understated looks, to the point of being totally disguised 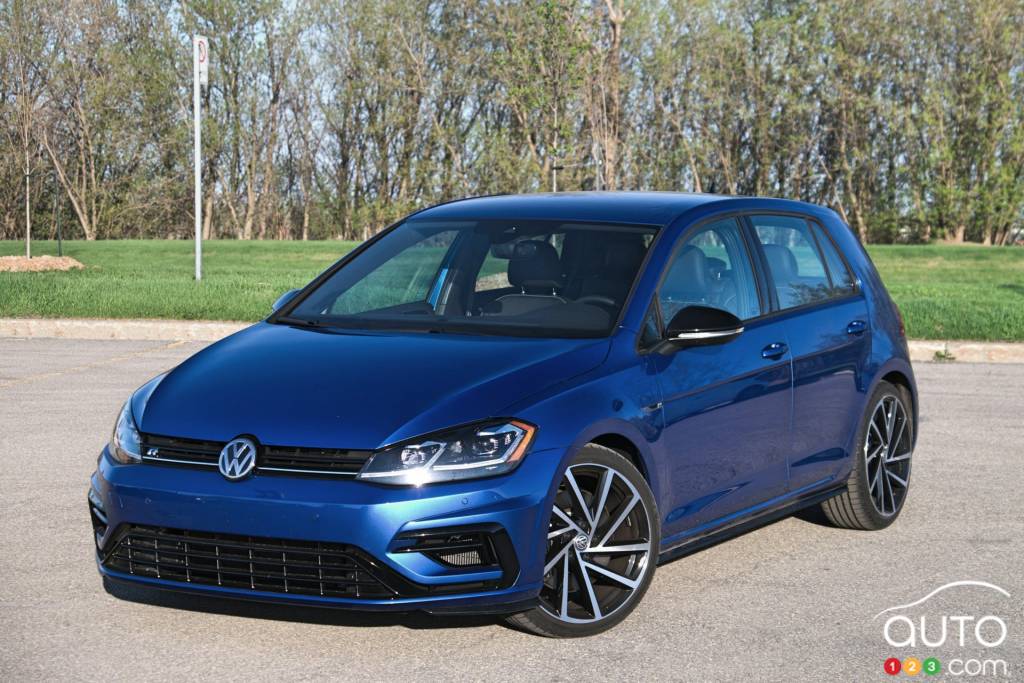 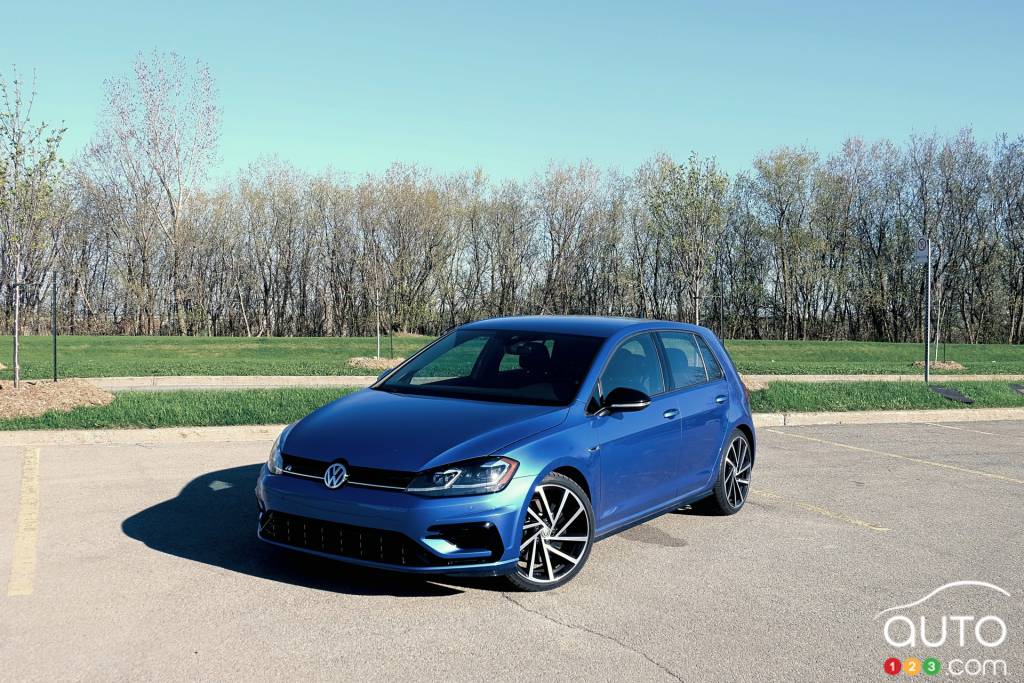 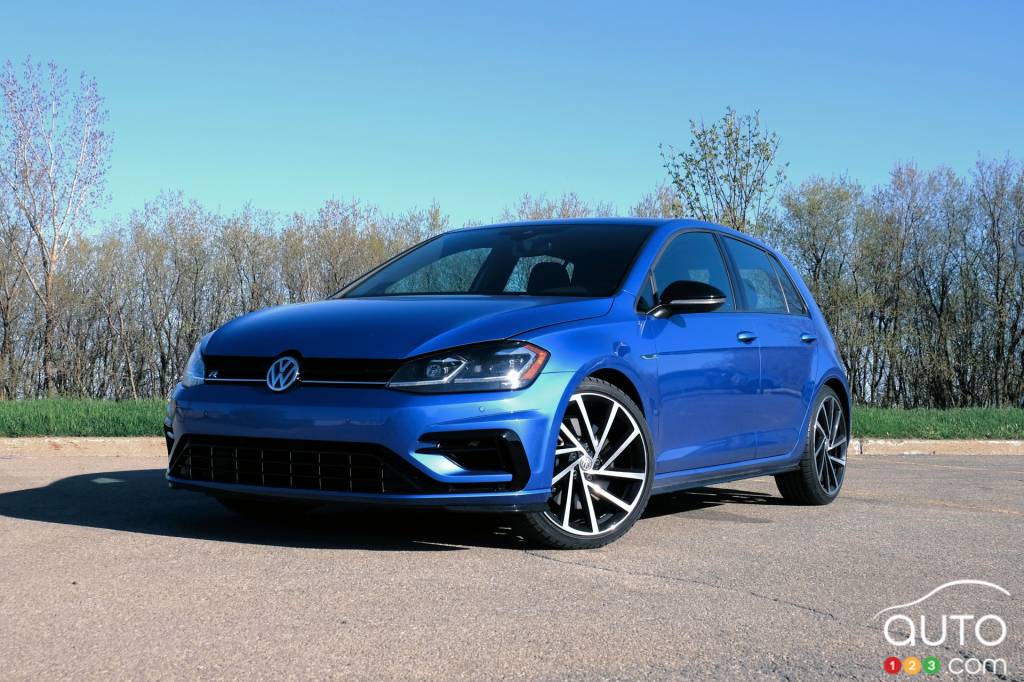 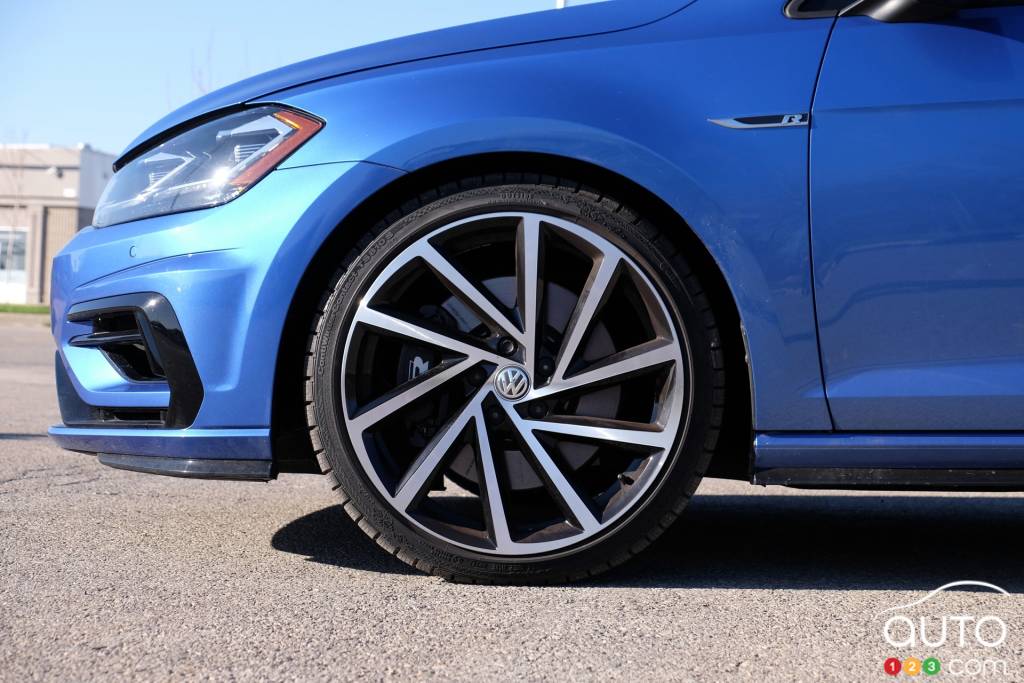 The 2018 Volkswagen Golf has been slightly revamped, and joins the rest of the Golf lineup on display at the 2017 New York International Auto Show. Check the...

Volkswagen has officially debuted its Tarok pickup at the Sao Paolo auto show. Brazil will be the first market for the truck, which represents a new vehicle ...