Let’s start by stating the screamingly obvious: the new 2018 Volkswagen Passat TSI R-Line is a… Volkswagen. And that means you get all the good and maybe not so good aspects of a VW with this mid-size sedan, depending on your point of view and your tastes. The engine, the outer shell, the interior, the performance and handling – all of them bear the Volkswagen imprint. If you like what the brand does in general – as, for the most part, I do – then you’ll enjoy this roomy, passably capable car. If you don’t, well then you probably aren’t reading this because you’ve crossed VW off your shopping list anyways.

The problem facing the 2018 Passat is that the model’s share of the consumer pie has been eaten into on the one hand by the SUV segments, and on the other by aggressive competition in its own category, by the likes of the Camry and the Accord, of course, but also by German rivals and even some of the American mid-size sedans, many of which offer more raw power and sportiness. Add in the repercussions still being felt by the brand in general in the wake of the diesel-engine scandal, and you can appreciate the challenge facing this undeniably solid entry in the adult-oriented intermediate sedan segment.

R-Line
This package, available only with the highest of the three available trims for the Passat, the Highline (the other two being the Trendline Plus and the Comfortline), actually makes zero difference to the actual performance of the car. Though it does make it look sharper. It’s an appearance package, similar to Audi’s S-Line, so that at the very least ensures it lists ahead of its German rival in the phone book, am I right? Aside from that advantage, what this package does is, it makes the car look quite good, in fact better than good. I loved the R-Line edition’s restrained sportiness, decked out as it is with unique front bumpers, 19-inch wheels, side skirts, rear diffuser and R-Line badging on the front and sides (also inside, on the door sills for example), none of which ever feels like it’s heavy-handed.

Sporty yet stately
The 2018 Passat is a front-wheel drive mid-size sedan running on a 2L 4-cylinder turbo engine (replacing the old 1.8L) and a 6-speed automatic transmission with 174 hp and 184 lb-ft of torque at your service. The suspension is firm without being hard on humans and their spinal columns, and it handles like you would expect a Volkswagen to handle, though to be clear we’re not at the level of fun-ness that the Golf delivers. Note to all: raw power is not the car’s strength, and for that you’d be better off looking elsewhere. Handling-wise, though, it’s right up there with any other car in its class. I thoroughly enjoyed putting the car through its paces on winding roads, and even the engine sound, something I’ve always appreciated in VWs, seduced me all over again. It’s not a bass, and it’s not a tenor, it’s more like a finely tuned baritone, right in between. This may not be for everyone, but it’s just fine by me.

Old-school dash equals more space
The first thing that struck me when I sat down in the Passat is the sheer, almost audacious lack of a nod to modern cockpit-type considerations that so affect just about all recent-vintage vehicles, not just sporty little numbers but also SUVs. This car is a VW, and as such the interior is lean and uncluttered, led by the long straight horizontal line of the dashboard. It’s got the required touchscreen and all that, of course, but the feel is downright retro, and I was quite charmed by it - though I completely get how others might not feel so positive about the look and feel of the cabin. I even liked the beige colour scheme in my R-Line tester!

One undeniable benefit of not having anything remotely resembling a cockpit is that the cabin just feels so much roomier. For my money the Passat offers a more spacious environment than either the Camry or the Accord, for example. All seats (the front ones have lumbar support) were comfortable and remained so for the varying lengths of time I spent in each of them. Backseat headroom, a common problem in modern sedans with more sloping rooflines than this car has, is fine here. Front seats are heated, though not ventilated. The Fender audio system – yes, the Fender of the guitars – is pretty impressive, and Bluetooth as well as Android Auto and Apple CarPlay compatibility are included.

The Highline trim of the new Passat comes with some pretty notable standard features that make it hard to resist if you’re ready to fork over the extra cash. The power sunroof is always a good thing, appreciated by all who enter, as are leather seats and heated rear seats; even the ambient lighting adds an extra dash of class. All versions of the 2018 Passat feature a standard backup camera, which is rapidly becoming de rigueur especially in this price range.

My Passat tester came with the Driver’s Assistance Package, which includes blind spot monitoring, park assist, lane keep assist and adaptive cruise control, just to mention the ones I could actually remember after driving this active side-seat-driver of a car. Joking aside, for the most part these systems do their job well and I have no doubt they make the act of driving safer overall. But sometimes it all seems a little… much; you might find yourself gradually turning off the ones that annoy you the most. A quick word on the adaptive cruise control: it’s an amazing feature that is problematic to use in highway traffic in a place like Quebec, where for many drivers tailgating is just the way it’s done. Here, when the adaptive cruise control automatically slows your car down to keep you eight steamboats behind the car in front of you, drivers in the other lane will quickly move in to your lane in front of you because of that big empty stretch you’ve opened up. And what does your adaptive cruise control do? It will slow you down some more, to regain that safe distance. And so on and so on, until you get fed up and turn the cruise control off completely. Purpose defeated. Maybe automakers could make a ‘tailgate’ mode for that feature…

The 2018 Volkswagen Passat TSI R-Line is a car with an adult personality that delivers typically VW handling excellence (and an engine purr that I’m particularly fond of), mitigated by unexceptional power and acceleration. It also comes with a refreshingly spartan, old-school interior with nary a cockpit in sight. The R-Line appearance package is a big net plus, sprucing up the car without getting tacky about it. But some might consider those very qualities to be faults, and with the market share of sedans shrinking by the month, can the Passat make room for itself in a hard-fought category? Other cars are out there with more power, spiffier interiors, more bling, etc. For me, I thoroughly enjoyed its retro interior charm and the precise, Golf-ish handling it gave me. 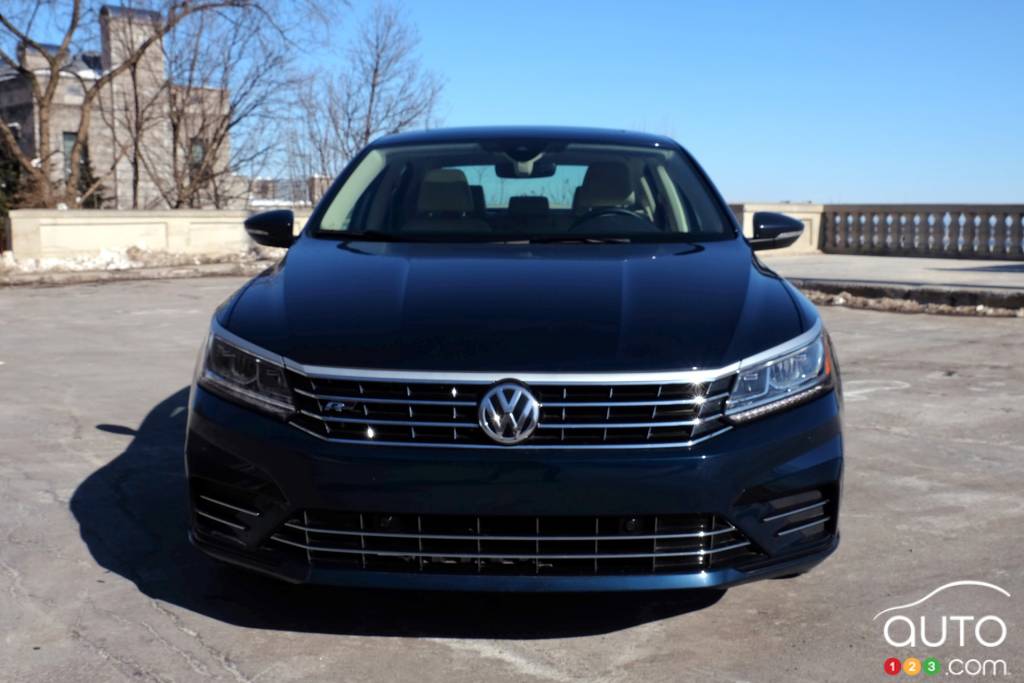 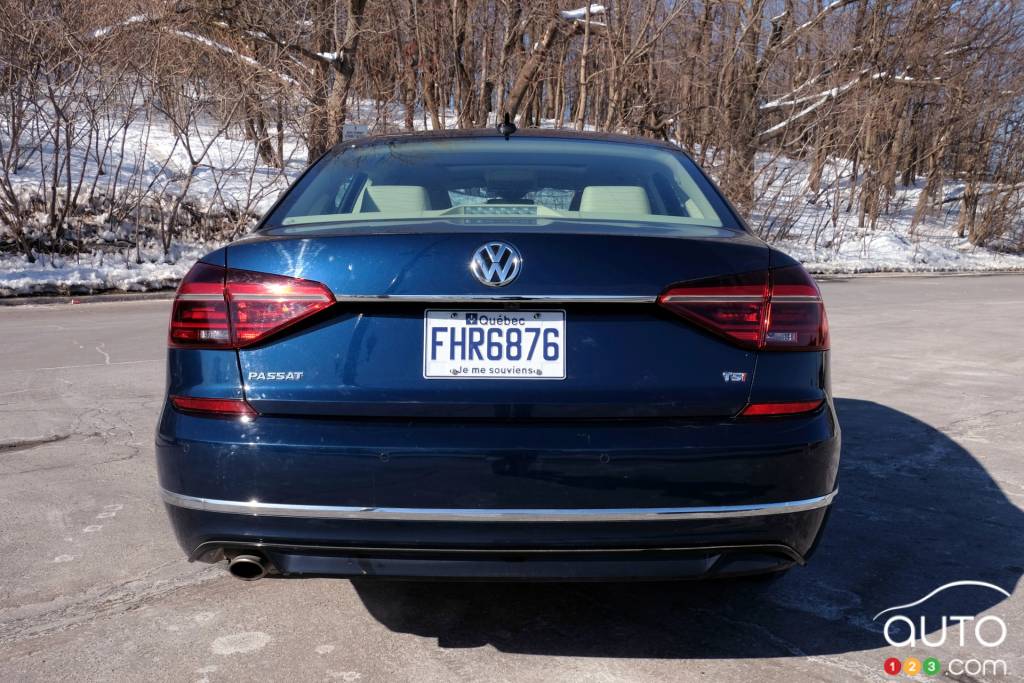 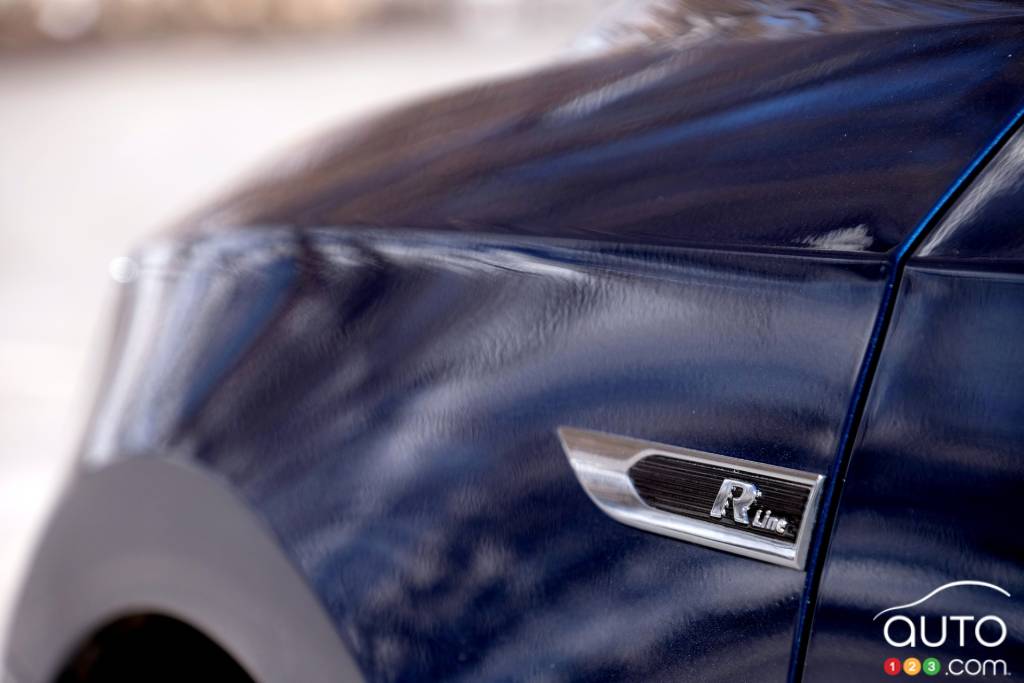 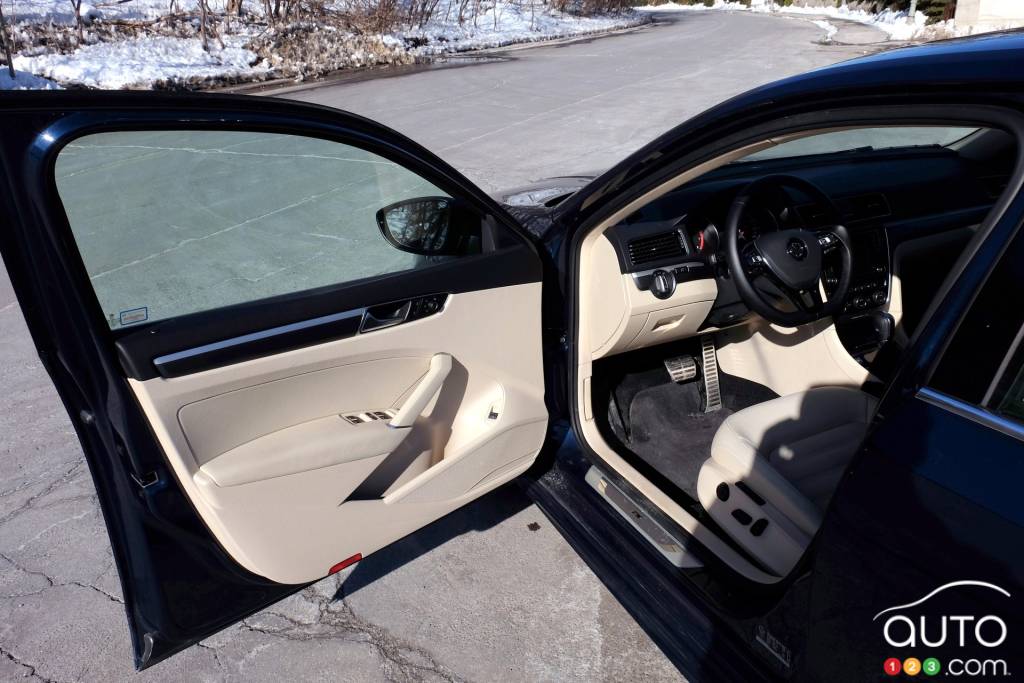 Unlike some other European manufacturers Volkswagen is at the Detroit auto show, and the German automaker used the occasion to debut its mildly refreshed 202...

We recently learned that the GT version of the VW Passat will get the axe in 2019, along with a couple of other trims of the sedan model. In the case of the ...