The long saga of the The Fast and the Furious movies is coming to an end. There have been so many entries in the franchise that if it wasn't for the numbers associated with the titles (the latest one is simply named F9), we would have lost track of where we are.

Without becoming film critics, we can safely say the first entry in the series is probably the best; in any event it has attained cult film status. Consequently, the cars that played an important role in it have become pretty iconic. In fact, many enthusiasts have built replicas over the years.

Well, for those who admire the 1994 Toyota Supra driven by late actor Paul Walker in the first Fat and Furious movie, restoring one may not be necessary: one of the models used in the filming is going to the Barrett-Jackson auction bloc, and will be sold to the highest bidder this weekend – more precisely, on Saturday, June 19. 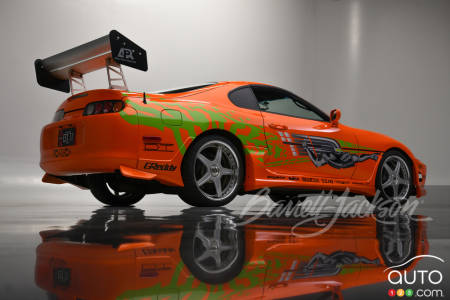 In addition to being driven by Walker, the Supra was also used for “multiple interior and exterior shots during the filming” of the first Fast and Furious, as well as of the sequel 2 Fast 2 Furious, according to the Barrett-Jackson site.

Not all movie cars look as good in person as they do on screen, but this Supra looks great in the Lamborghini Diablo Candy Orange pearl paint and “Nuclear Gladiator” graphics seen in the film. It also sports the full set of modifications made for the movie’s filming, including a Bomex front spoiler and side skirts, TRD-style hood, bi-plane APR aluminum rear spoiler and 19-inch wheels signed Dazz Motorsport Racing Hart M5 Tuner. 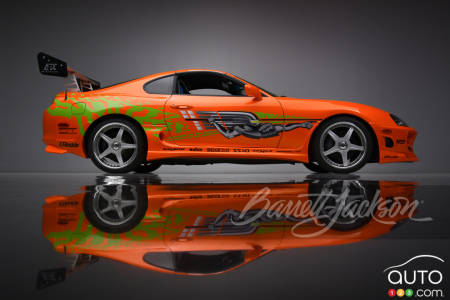 This Supra came out of the factory with a twin-turbo 3.0L inline-6 engine. However, it has a 4-speed automatic transmission rather than a manual gearbox. This is not unusual for movie cars, as automatics are easier to use and it doesn't have to be mechanically identical to what is portrayed on screen.

Its starring role in the movie that kicked off the franchise has made this orange 1994 Supra an icon and a collector’s prize. Barrett-Jackson did not provide an estimate of its expected selling price before the auction, but another authentic Fast and Furious Supra previously sold for $185,000 in 2015. 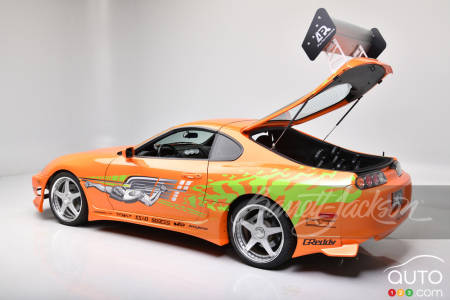 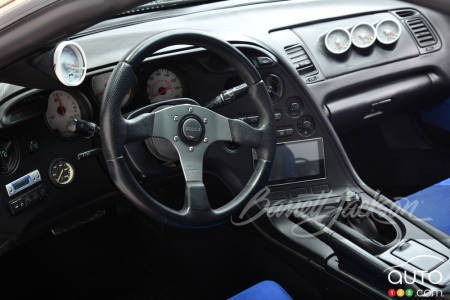 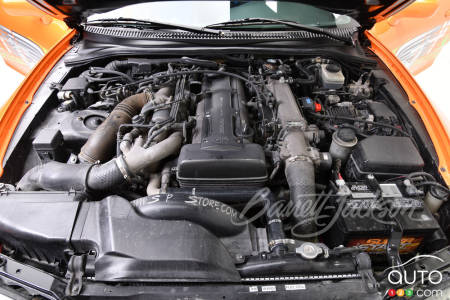 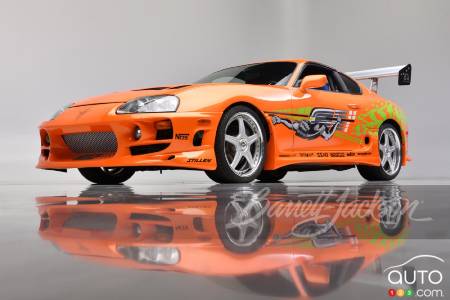 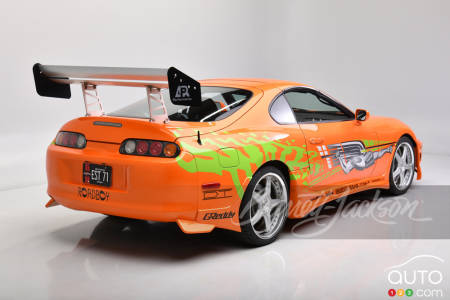 A Buick Grand National from Fast and Furious Is Going Up ...

One of the Buick Grand Nationals used in the fourth installment of the Fast and Furious series is going to auction. The 1987-vintage car will be offered at B...

The first 2020 Toyota Supra has been sold for $1.2 million USD at the Barrett Jackson Auction. It’s tempting to assume that the winning bidder is a collecto...