This week American organization J.D. Power published the 2018 edition of its annual study of initial quality among new vehicles.

Koreans in the spotlight!
For the first time in three years, Kia does not rank at the very top in the initial-quality study results. It has been knocked off its perch by… another Korean brand. This year, cars with the Genesis nameplate generated the smallest number of reported problems. Not that Kia has anything to be ashamed of: the mass-market manufacturer placed second behind the new luxury brand. 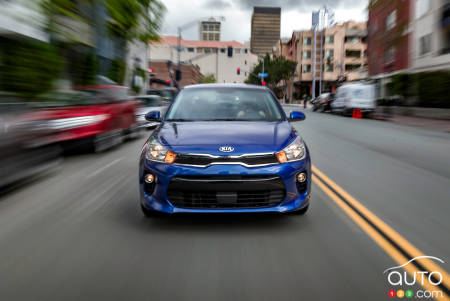 And just to make sure the message reaches the German, American, Japanese and other manufacturers loudly and clearly, the third spot on the podium was snatched up by… Hyundai, another Korean carmaker! For the latter, this year’s ranking saw it climb considerably from it 8th-place position in 2017. 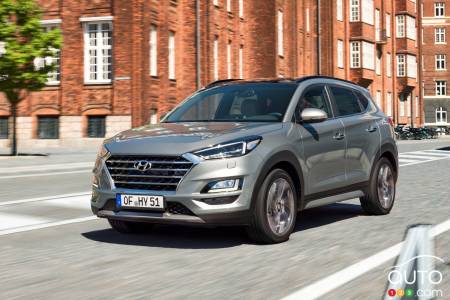 The study
The J.D. Power study complied results from a survey of 75,712 buyers or lessees of a new 2018 model, three months after acquiring their vehicle.
The scores tabulated by the firm are presented in the form of the number of problems mentioned per 100 vehicles (PP100)

The best
For every 100 Genesis vehicles included in the survey, owners pointed out only 68 problems. In the case of Kia, there were 72, and in the case of Hyundai, 74.

Behind the leading trio of Korean automakers sits Porsche, first among German manufacturers, with a score of 79 PP100, followed by Ford in fifth place with an 81 score.

In 2018, the big three American manufacturers all saw their results improve over the year before. Ford, FCA and GM also managed to come in ahead of the 2018 industry average, 93 PP100.

That average, by the way, constitutes another improvement in comparison with the previous year (in 2017 the average was 97 PP100).

“There’s no question that most automakers are doing a great job of listening to consumers and are producing vehicle quality of the highest caliber. That said, some vehicle owners are still finding problems. As vehicles become more complex and automated, it is critical that consumers have complete confidence in automakers’ ability to deliver fault-free vehicles.” 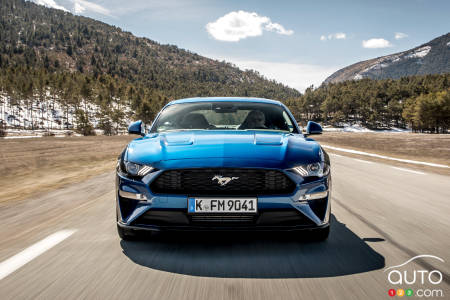 The worst
And who earned the most problems per 100 vehicles this year?  The study identifies Volvo (122), Jaguar (148) and Land Rover (160) as the most problematic brands for new-vehicle owners. Ranked just ahead of them are Subaru, Mitsubishi and Chrysler.

Take note that Fiat and smart, which were included in  the study, do not figure in the final rankings because the sample size for their models was too small.

The biggest gainer
This Mazda takes the honour of being the biggest climber in the J.D. Power rankings for initial quality. The Japanese automaker’s vehicles generated 100 complaints per 100-vehicle slice in 2018, compared to 125 in 2017. The company jumps from 27th to 22nd place on the list.

J.D. Power also provided a list of the best-performing models within each of its designated categories: 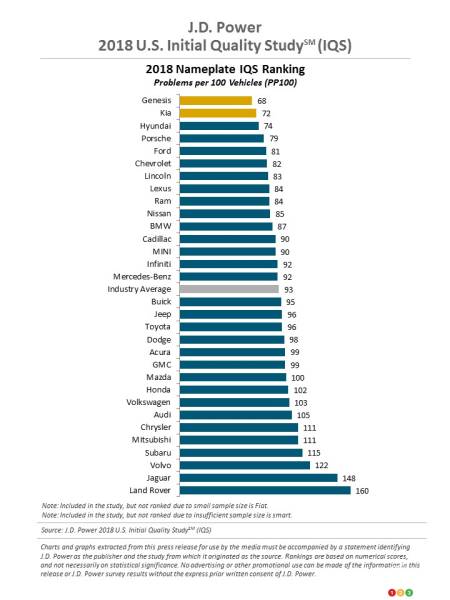 Research firm J.D. Power has released its annual study rating the initial quality of new vehicles on the market, but should their findings be taken seriously...