Auto123.com will be crowning winners of the 2019 Auto123.com Awards for best vehicles of the year on November 21 in Toronto. We’ve already unveiled the three finalists in each of the 19 categories; today we look in more detail at the Compact SUV of the Year finalists.

Barring some glaring flaw that is somehow escaping Canadian car buyers, it would have been inconceivable not to include the segment’s most popular model. There is no such flaw in this model.

Toyota sells tons of the RAV4 here and in other markets, and there’s a reason for that. Toyota’s exceptional reliability is undoubtedly a big selling point, for one, and then there’s the spacious interior, a decent amount of cargo space and a smooth, uneventful ride.

In the U.S., even as its current generation winds down, the RAV4 managed the incredible feat of holding down the fourth spot overall for vehicle sales, behind only the big three American manufacturers’ flagship pickups. 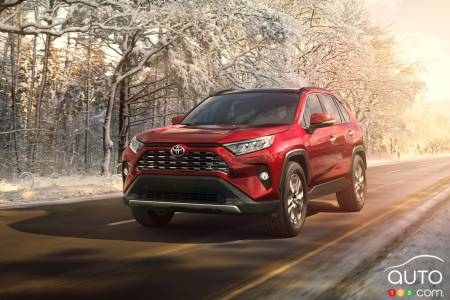 The second-generation CX-5 that debuted last year delivers an excellent driving experience, in fact it’s dynamic like no other model in it segment. Then there’s the impressive interior roominess of the CX-5, and its ability to sip gasoline in comparison with its rivals.

We do find there’s a bit of a lack of raw power available from the biggest engine in the catalogue for the model – though that’s a small complaint given all its other qualities.

This is a model that never seems to scream for attention in the marketplace, but just keeps on being a top choice for consumers. The fifth-generation CR-V is entering its third year on the market in 2019, and the formula behind its ongoing success is simple enough, but boy is it effective.

What it lacks in exhilarating driving dynamics, it makes up for in excellence in just about every other facet: fuel economy, reliability, interior and cargo space, versatile cabin, etc. The very definition of a smart, safe purchase… 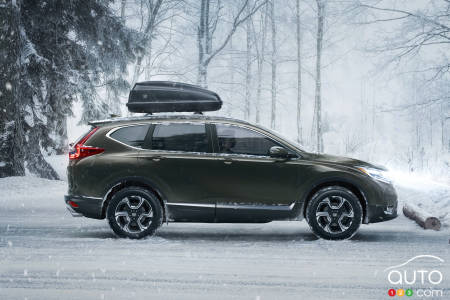