Auto123.com will be crowning winners of the 2019 Auto123.com Awards for best vehicles of the year on November 21 in Toronto. We’ve already unveiled the three finalists in each of the 19 categories; today we look in more detail at the Luxury Compact SUV of the Year finalists.

Audi’s bet with its Q5 paid off more handsomely than it or anyone else could have hoped for. This despite those interminable waits consumers who had ordered the model faced when it first debuted.

For its 10th year on the market the popular Q5 gets a full makeover, though as per Audi tradition the recipe hasn’t been too drastically altered. A few spices have been added to keep it flavourful, is all.

Once again offered with a 2.0L 4-cylinder turbo or a 3.0L turbo V6, the Q5 comes in a configuration to please all tastes, and almost all budgets. And it still delivers a responsive driving experience, unmatched quality of construction and an interior that is constantly referenced as a standard to aspire to in the industry. The Q5 is still and in the foreseeable future a leading choice in its segment. 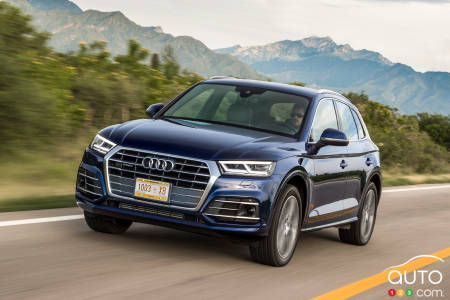 If you’re partial to driving something out of the ordinary and would like to find an SUV that drives like a car, Alfa Romeo’s Stelvio fits the bill. FCA’s Italian division has thought outside the box for this vehicle, a fiery utility model that is perfectly capable of delivering elevated driving sensations, especially in its  Quadrifoglio version, equipped with a 505-hp 2.9L twin-turbo V6. As for its styling, its front end is distinctive and bold.

Inside, there’s less to get excited about, especially when you consider the asking price for the Stelvio; the presentation is so-so, the quality of the materials uneven. As well, the multimedia system is not really up to par for a model in this class. On the plus side, the rear row of seats is well-conceived for allowing copious amounts of cargo. So some positive but more negative when it comes to the cabin, which means that Alfa Romeo still has work to do on its innovative SUV.

Volvo first introduced the XC60 back in 2009, and then the company hardly touched it, until this year. No surprise, it’s been a pretty outdated product in recent years. Patient consumers are rewarded this year, however, as the 2018 edition shored up a lot of the weak points of the old generation. We’re thinking for example of the lack of dynamism overall.

Really, the new XC60 shines on many levels; its design is a winner, the interior presentation is much-improved and the driving experience is much more positive.

Only one choice is offered to customers regarding what’s under the hood. That 2.0L 4-cylinder turbo engine can, however, be configured differently to generate more power depending on the trim chosen. 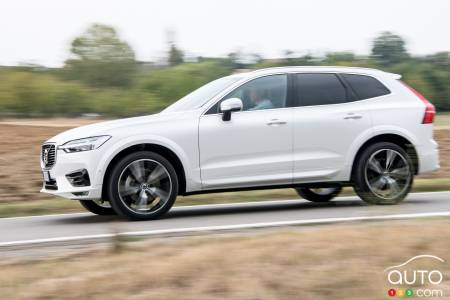 On November 22nd, Auto123.com will be honouring the year’s best vehicles during the 2018 Auto123.com Awards ceremony in Toronto. Today we look in more detail...

Articles By
Daniel Rufiange
GM Brightdrop EV Production Begins in Ontario
Article
Lexus Is Working on a Manual Transmission for...
Article
The Acura Integra Type S Is Coming for 2024
Article
More from this author