Over the course of the past year, BMW has launched a reworked new X3 and added the small, sporty X2 to its lineup. Now, the BMW X4 gets its own redesign, which you’ll be able to see up close at dealerships starting in July.

The second generation of the X4 arrives for the 2019 model-year sporting a more athletic, aerodynamic look. Longer by 81 mm (along with a wheelbase stretched by 54 mm, increasing back-row legroom), and wider by 37 mm, the new X4 retains its short overhangs. LED technology is used standard in all light functions, front and back. 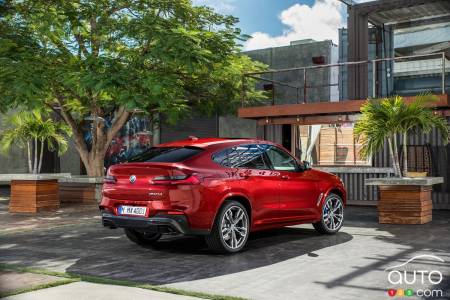 The base version of the X4 xDrive30i includes the xLine design package and its contrasting finishes, while the new X4 M40i from the M Performance division incorporates sportier front and rear aprons and side skirts and offers buyers BMW Individual options like an exclusive paint finish and 21-inch alloy wheels.

The interior of the 2019 BMW X4 is more spacious and streamlined than before. Its sport seats have been redesigned, the head-up display is 75% larger than before, the panoramic sunroof is bigger and the climate control system is now tri-zone. Created specifically and exclusively for the 2019 X4, Tacora Red Vernasca leather seating is another available option. 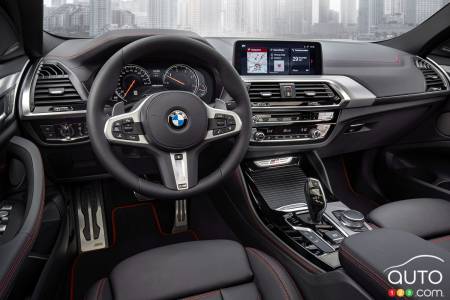 Buyers of the new 2019 X4 will be able to choose from a much wider array of options, ideal for personalizing their car according to their needs and preferences.

The X4 xDrive30i generates 248 hp and 258 lb-ft of torque thanks to its 4-cylinder turbo engine. It can accelerate from a stop to 100 km/h in a sprightly 6.3 seconds. As for the X4 M40i, it benefits from several performance upgrades, starting with the 6-cylinder turbo (355 hp, 365 lb-ft) and 8-speed Steptronic automatic transmission that together deliver a 0-100 km/h acceleration time of 4.8 seconds, as well as M sport-tuned differential, brakes and suspension.

Pricing for the 2019 BMW X4 will be announced toward the end of spring.

BMW products are offered in several variations, and the most highly prized are the ones produced by the company’s M performance division. The M3 and M5 have ...