As it had announced back in December, Honda presented the world premiere in Detroit of its totally new Honda Insight Prototype, the third to carry the name after models launched in 1999 and 2009 failed to stick. The production version of the new Insight will be available throughout Canada later this year. Signs indicate Honda will position the model as a luxury compact car one tier above the Honda Civic in the automaker’s lineup.

“The new 2019 Honda Insight signals we are entering a new era of electrification with a new generation of Honda products that offer customers the benefits of advanced powertrain technology without the traditional trade-offs in design, premium features or packaging.”

Fuel consumption figures have not been confirmed, but according to Honda the new Insight should burn less than 4.7L/100 km, placing it among the top performers among hybrids in the category alongside the Hyundai IONIQ Hybrid (4.1) and the Toyota Prius (4.5). The company is simultaneously promising the most powerful powertrain in the segment, thanks to the third-generation two-motor hybrid system developed by Honda, which includes a high-efficiency 1.5L Atkinson Cycle engine, an electric motor and a lithium-ion battery. The latter is placed under the rear seat to avoid eating into trunk space and to retain the flexibility of the available 60/40 fold-down seats. In most commuting situations, the Insight should be able to rely solely on electricity. 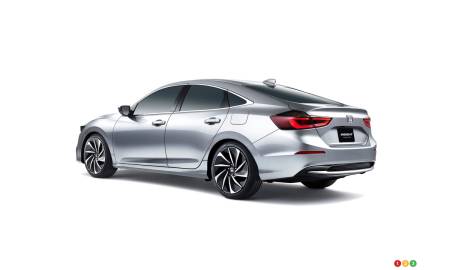 As for the Insight’s design, previously pointed to as a weak point of the model, Honda’s styling team this time produced a significantly more elegant design, which should appeal to many more consumers. The front end is quite similar to those of the Civic and Accord while infusing a touch of boldness into the mix; the design of the wheels is superb, and the model comes with LED headlights and taillights.

A longer wheelbase allowed the engineers to create in the 2019 Honda Insight the roomiest cabin in the category, and offer within it luxury features like available perforated leather seats, audio system with 8-inch touchscreen and 7-inch LCD instrument cluster. 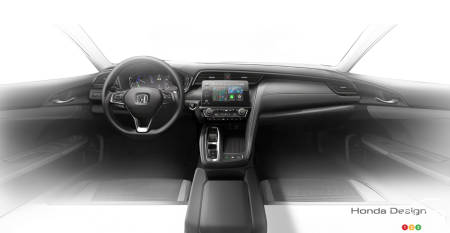 The new hybrid Honda will join the Japanese company’s Clarity Plug-In Hybrid and 2018 Accord Hybrid in its catalogue of electrified models, which the company has pledged should account for two-thirds of its worldwide sales by 2030 (counting hybrids, plug-in hybrids, all-electric and fuel-cell vehicles).

So what do you think? Is third time a charm for the Honda Insight?

Honda this week released the first batch of images of the 2019 Honda Insight, its third attempt at getting the model into orbit. The hybrid will get its offi...