Earlier this month Hyundai gave its new Sonata sedan a world premiere, and at that time it promised that a turbo variant would be presented soon. At the Seoul Motor Show in South Korea this week, the automaker delivered on its promise.

The big news here, obviously, is what’s under the hood of the car. This version’s 1.6L 4-cylinder turbocharged engine will deliver 180 hp in all, working with either a 6-speed manual gearbox or an 8-speed automatic transmission.

“This new Sonata variant… features a range of sporty and sensuous design enhancements that complement the vehicle’s performance capabilities.” 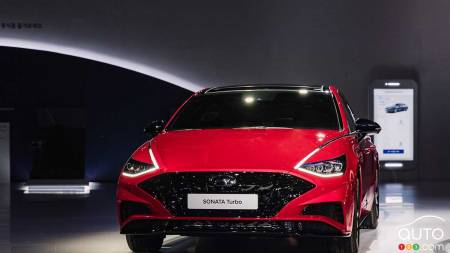 Apparent from the images released are the beginnings of a new visual signature for the front grille, which the company dubs “Parametric Jewel”. The design also includes air intakes under the headlights to help reduce drag and a rear spoiler in the form of a fin.

For the moment, that’s all Hyundai has revealed about the variant, but we could get the full monty on the Sonata Turbo at the upcoming New York auto show.

The model is expected to launch later on in 2019. 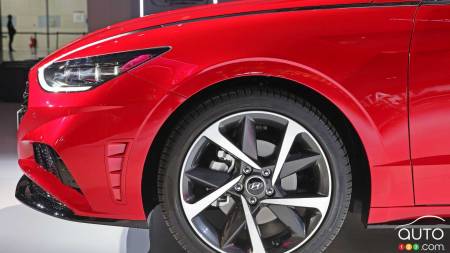 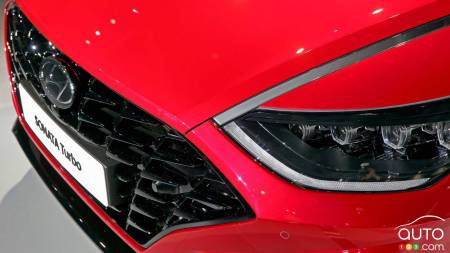 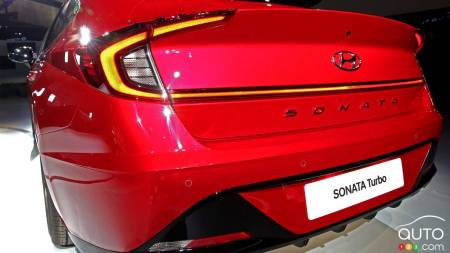 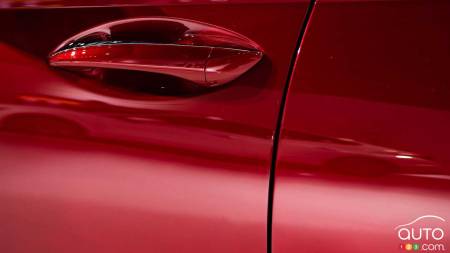 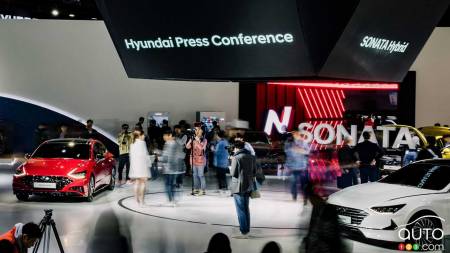 Hyundai releases a few details and images of its all-new 2020 Hyundai Sonata, the 8th generation of the Korean automaker’s midsize sedan. Sleeker and more up...