Porsche has introduced the most-powerful Cayenne models ever, and they’re hybrids. The standard and coupe variants of the new 2020 Porsche Cayenne Turbo S E-Hybrid come fitted with a 4.0L twin-turbo V8 engine (541 hp) working in conjunction with an electric motor (134 hp), for a combined output of 670 hp and 663 lb-ft of torque.

This kind of punch and quick torque under the hood gives the new Cayenne versions a 0-100 km/h acceleration time of just 3.8 seconds. Electronically limited top speed for the models is a hair under 295 km/h. On a full charge, all-electric range is around 40 km.

Also announced by Porsche today is the 2020 Cayenne E-Hybrid Coupe, which “settles” for a 3.0L turbocharged V6 engine working with the same electric motor as the two Turbo S models; in its case, combined output is 455 hp and 516 lb-ft of torque. The powertrain delivers 0-100 km/h acceleration in 5.0 seconds. All-electric range for this version is set at 43 km, according to European testing standards. 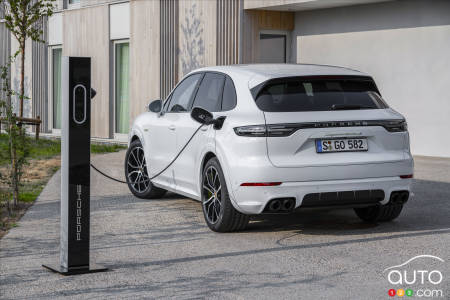 The Cayenne plug-in hybrids work from a 14.1 kWh battery that has 30% more energy capacity than the previous system used by Porsche. That battery can be recharged to full in 2.4 hours with the 7.2 kW charger included standard; plugged into a 230-volt outlet, charging time is 6 hours. In case you’re wondering, when in electric-only mode the Cayenne has a top speed of 135 km/h.

Porsche has borrowed a system from its 918 Spyder sports model whereby, in Hybrid Auto, Sport and Sport Plus (as part of the Sport Chrono package included standard) modes, the electric motor can support the gas engine and boost power available. In other words, the system is a performance-enhancer and not just intended to reduce fuel consumption. 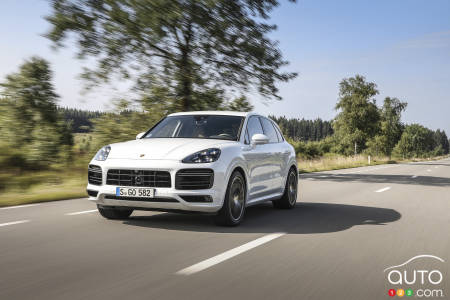 The pricing
Both standard and coupe versions of the 2020 Cayenne Turbo S E-Hybrid and Cayenne E-Hybrid models can be ordered starting now. The Turbo S variant will arrive at dealerships starting in the first quarter of 2020. Here is the pricing structure for Canada: 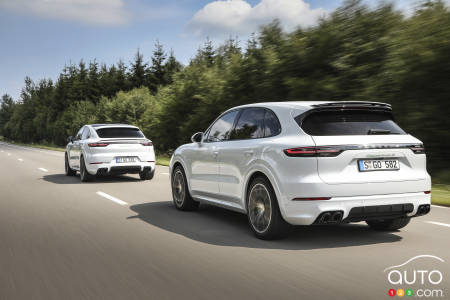 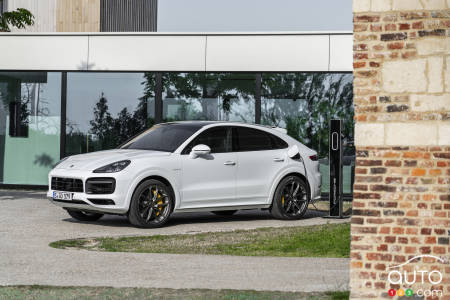