Over the past four decades, Toyota has been more adept than most at selling vehicles, and the reason is simple: the legendary reliability of the Japanese brand’s products was for a long time enough to draw in and retain consumers.

By any measure, today’s Toyota models are as reliable and trusted as ever. The difference now is that the company is now not alone in being able to produce vehicles that can rack up 300,000 km without any major issues.

In this new reality, Toyota has to offer more to stand out. Its products must be more distinctive and emotion-generating if it wants to hold on to its market share. 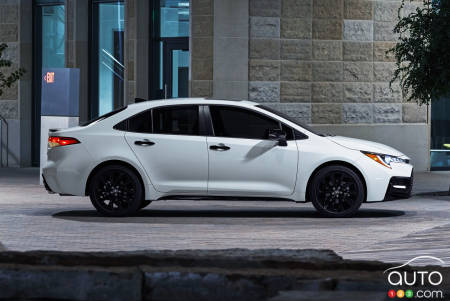 The company’s Corolla model was entirely redesigned for 2020 and hit the market just this past May. Already though, a new variant is being added to the product offering. Essentially it’s the Corolla decked out in a visual package called the Nightshade, which adds black exterior elements from the 18-inch wheels to the grille surround to the rear spoiler to the lower bumper.

Both the sedan and hatchback versions of the Corolla will be available in Nightshade editions, as of the SE in the trim line. In the case of the 5-door version, there’s also a special black interior and black diffusers for the exhaust.

Our review of the 2020 Toyota Corolla sedan

Our review of the 2019 Toyota Corolla Hatchback 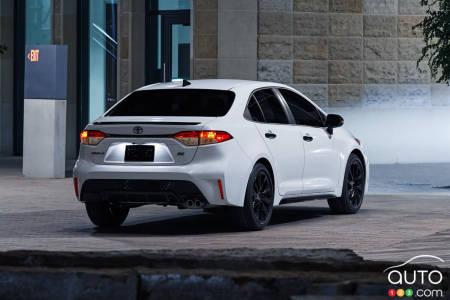 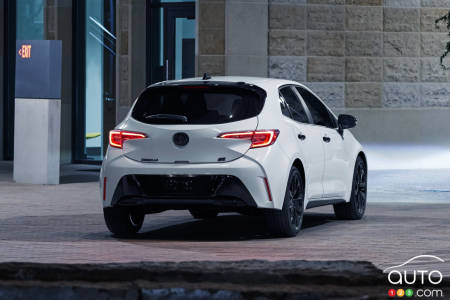 Toyota is clearly intent on having its products stand out, and who are we to complain about that? In the end, consumers have more choice and benefit from products that have more pizzazz, visually anyways.

Specifications of the 2020 Toyota Corolla 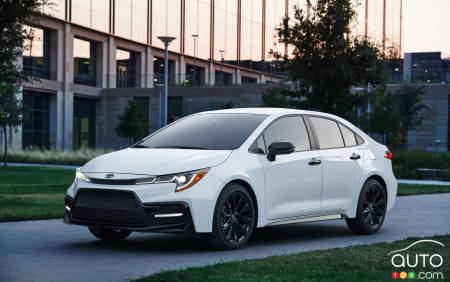 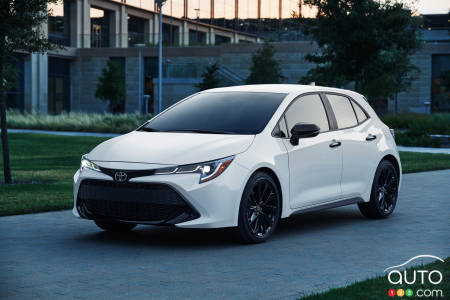 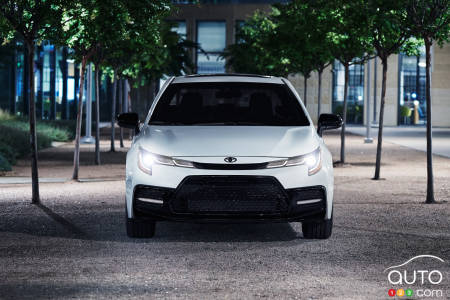 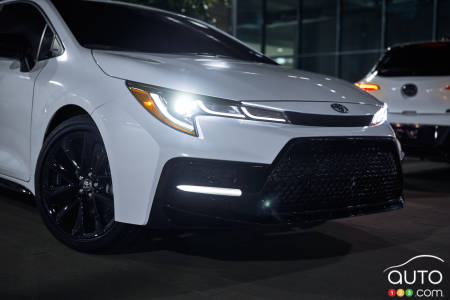 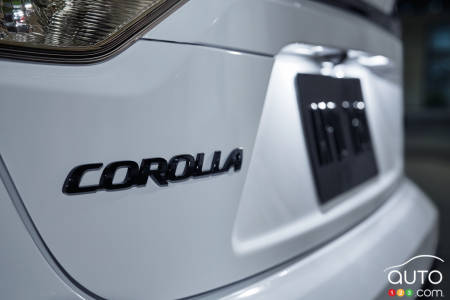 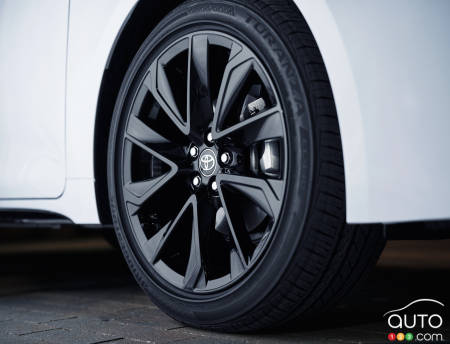