Detroit, MI – As the automotive industry continues to turn its big ship in the direction of electric mobility, Ford made a big splash at the recent Los Angeles Auto Show with the unveiling of its first all-electric SUV, the Ford Mustang Mach-E. Just days later, Elon Musk got a few people to pay attention to Tesla’s latest new project, the 100%-electric Cybertruck pickup.

Take a look at current sales figures for North America, however, and you see that full-size trucks continue to dominate and that new SUVs models continue to pour onto the market at a rapid pace. Despite their size – and the greedy fuel consumption that comes with that – big SUVs deliver high profit margins for their makers, particularly Ford (with its Expedition and the Lincoln Navigator) and GM (with its Chevrolet, GMC and Cadillac products).

For the 2021 model-year, the American giant that dominates the segment in its home and native land is giving its three mastodons major do-overs, and the first ones to be shown belongs to Chevy. Chevrolet Canada invited a few members of the automotive media to come and get a first look at the models’ new generation. 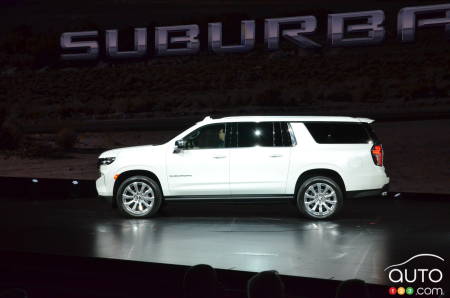 Unfortunately the visit did not entail getting any first driving impression of either the Tahoe or Suburban. We did get a consolation prize from the organizers of the event at GM’s facility in Milford Michigan, that of being to climb in and see the models from the inside.

Bigger, more modern
The new Tahoe/Suburban duo sits on a new architecture, a platform that will make its debut in 2021. The Chevrolet Tahoe is the biggest beneficiary of the big change, as it gains 4.9 inches of wheelbase and 6.7 inches of total length. This growth translated into a notable increase in space for passengers, and for gear in the now-cavernous trunk. 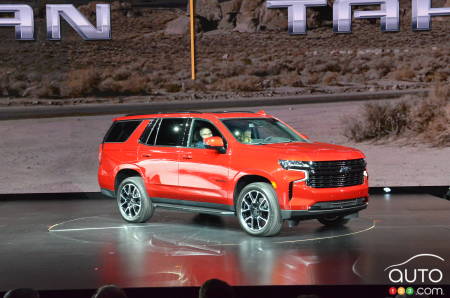 The Suburban’s wheelbase has increased by 41 inches, while its total length is stretched by 1.3 inches. It too is now roomier inside, and the cargo space it offers is the most humongous in the segment.

In both models, the floor has been lowered by nearly five inches to make it easier to load objects in the trunk, but also to provide increased space for legs and feet, especially in the third row of seats. The previous edition of the model was not exactly a paradise for those banished to that row. GM’s engineers have probably heard that from a customer or two or thousands, and have evidently done something about it. 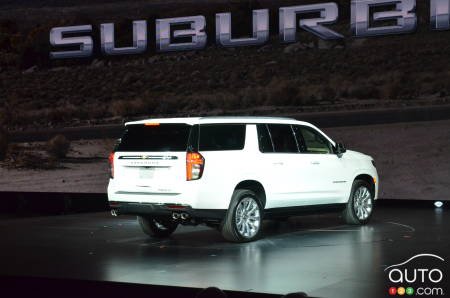 The switch in platforms also has an impact on comfort levels, as Chevrolet drops the rigid axle in favour of a multi-link independent rear suspension. Even better, the 2021 Tahoe and Suburban can be configured with any of three different types of suspension systems: the base version’s Macpherson struts as well as springs, a system using the highly regarded MagneRide shocks and a new air suspension system available on the highest trims.

In so doing, the automaker wants to create some more separation between its SUVs and its range of Silverado pickups – at least in terms of comfort. 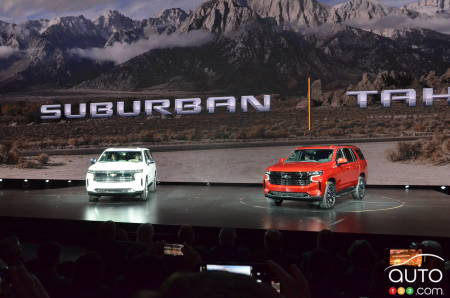 As for the designs of the new editions, these American pachyderms look basically like the pachyderms of old, which is to say they preserve the brand’s visual signature. The front end features an imposing grille jammed in between thinner optical blocs that now feature LED technology (they’re also in back).

Hats off as well to the designers for giving the Tahoe a fenestration that’s distinct from that of the Suburban with its more traditional look. For 2021, the Tahoe actually gets a bit of a 4x4 off-road vibe, with a new Z71 variant featuring a unique front fascia, more aggressive wheels and tires and of course special badging. By the way Chevrolet retains its usual six-version strategy (so you get LS, LT, Z71, RST, Premier and High Country variants). 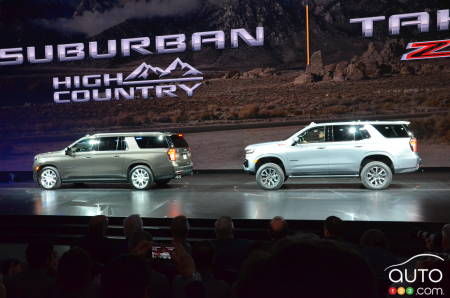 A more-welcoming interior
New model means new interior, of course. First thing I noticed is that the Chevrolet Tahoe and Suburban both have dropped the good old shift lever mounted on the steering column in favour of a line of buttons located between the instrument cluster and the 10-inch infotainment screen on the console. As per current trends, the SUVs can be configured with up to four-count-‘em-four additional screens: one behind the wheel, another a head-up display, and two 12.6-inch touchscreens to help those sitting in the second row pass the time.

Otherwise, while the steering wheel is back from the last edition, everything else inside the two utility models is new for 2021, starting with the streamlined dashboard, the central console of which is more user-friendly than before. 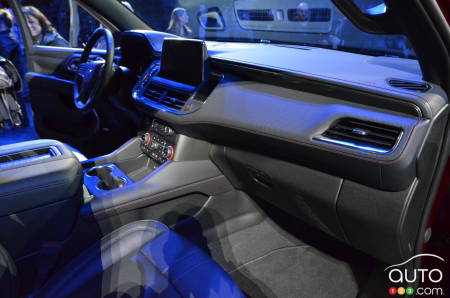 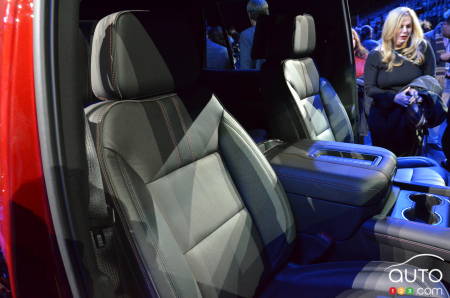 Two V8s and a new turbodiesel engine
Under the hood, the V8 engines (5.3L and 6.2L) have been reworked for (slightly) improved fuel efficiency. The bigger news is the addition of the Duramax inline-6 turbodiesel engine (3.0L), quite distinct from the other two options. For those who are at all mindful of spending lass at the pump, this will be the go-to choice. All versions come with a 10-speed automatic transmission and standard all-wheel drive.

The last word
In Canada, the full-size SUV segment is not as dominant a force as in the United States, but for bigger families or for those who regularly transport big groups or heavier, bulkier stuff, these old-school utility models are still really the only logical daily-use options.

With this major revision Chevrolet aims to retake the lead in a segment it already largely dominates. Canadian pricing has not been announced, but we should have that in the weeks prior to the models hitting the market, sometime in the spring of 2020. 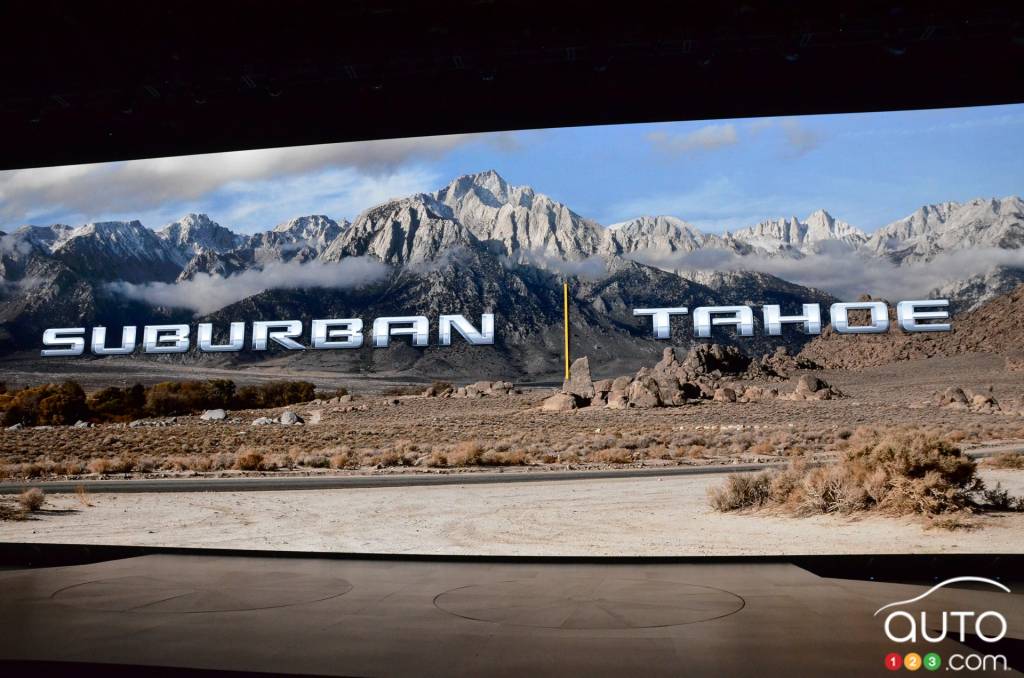 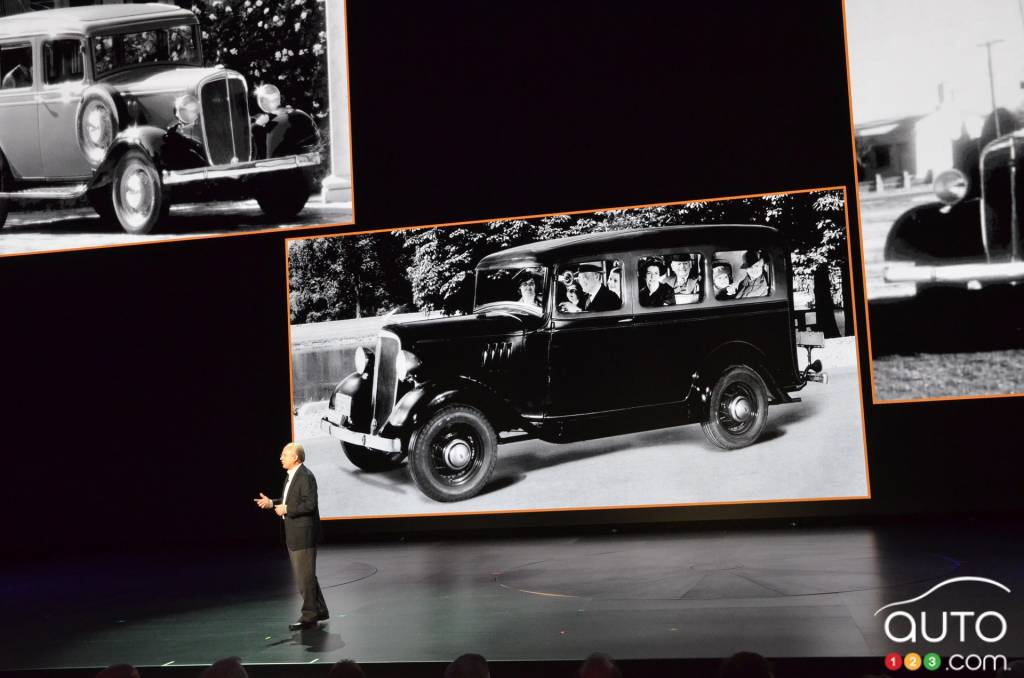 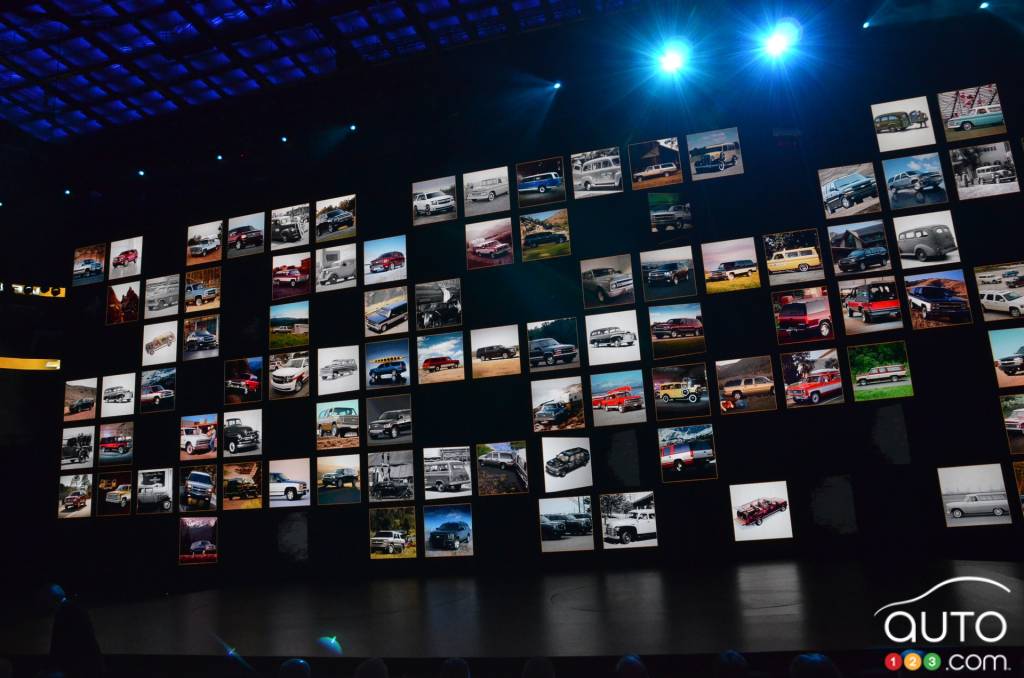 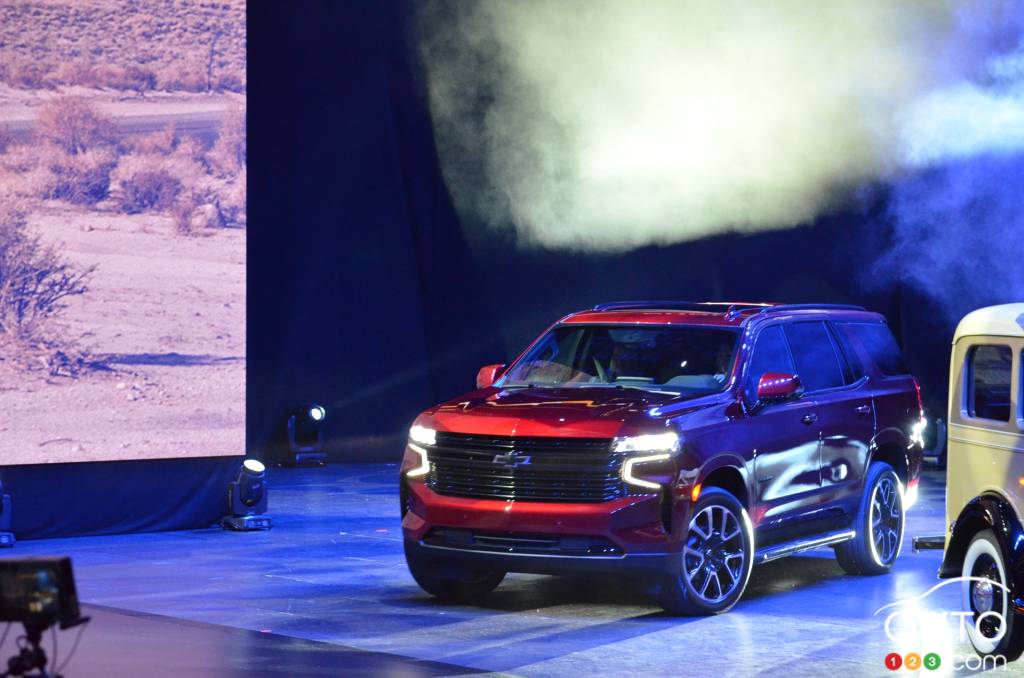 Chevrolet will soon be launching Rally Sport Truck (RST) special editions of its Tahoe and Suburban SUVs. The former will even be offered with a Performance ...