Ford has shared details and images of the reborn 2021 Ford Mustang Mach 1.

A few weeks after Ford dropped the next bombshell in the ever-evolving Mustang Mach saga by teasing a couple of images of a camo’d ‘Stang tearing ‘round the track, Ford has released more information and pictures to do with the next rebirth of a Mustang legend.

The Mach 1 follows a long line of modern Mustangs – from 2008’s Bullitt to 2015’s Boss 302 and most recently the 2018 Bullitt, not to mention on the Shelby variants in between. Better yet for Mustang enthusiasts, it means the Mach name has now made its way back to a Mustang sports car after a brief sojourn to the world of the performance EV CUV.

“With the recent 56th birthday of the Mustang, now is a great time to bring back the legendary Mach 1 name,” said Jim Owens, VP of Performance Marketing for Ford. “Generations of Mustang fans and enthusiasts covet the special edition Mustangs, and the sixth-generation Mustang offers the greatest platform ever for even more power, precision and performance.” 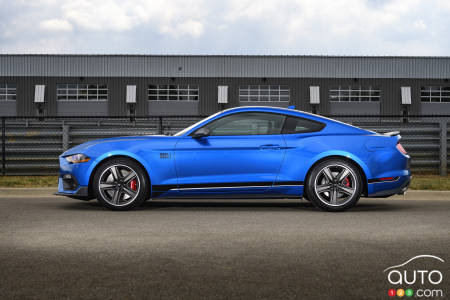 Not to mention that with the Bronco also being revealed later this year, the time was right to cash in on the classics for Ford. “It’s the year of the Ford icons,” said Owens.

While keeping dyed-in-the-wool Mustang enthusiasts happy is one thing, attracting more new fans to the brand is just as important, if not more so - and Owens thinks this Mach 1 will do the trick.

“Someone who doesn’t even know Mustang is going to be like ‘yeah, that’s cool’. It has to look fast even while standing still.” 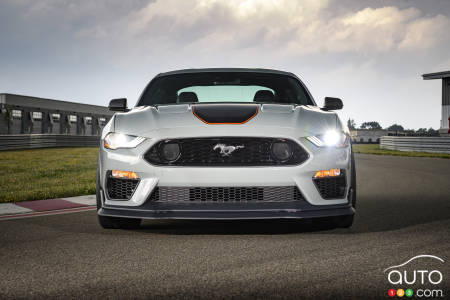 What’s new?
In order to do so, Ford has given the Mach 1 special matte-black hood striping with three accent colours – red, white and orange – as well as a low-gloss Pony grille badge and wing mirror caps, special fender badging (because what special Mustang goes without badging?) and hood-matched side stripes. The unique front fascia, meanwhile, extends beyond the GT’s and provides a longer, leaner profile that does lend itself to the idea of “movement while static”. A new colour, Fighter Jet Gray, will also be unique to the Mach 1.

The Mach 1 also gets a special 3D mesh grille (don’t get excited by the headlamp openings, though; they are fake), special 19-inch dark-painted aluminium wheels designed to recall the Magnum 500 wheels used on the 1969 car.

Inside, cars equipped with the ebony leather interior also get accent striping, and there is also a unique, darkened instrument panel with aluminum accents, new door sills, cue-ball shift knob and a number plaque denoting the chassis number. 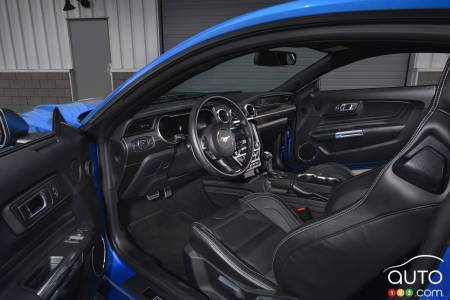 Speaking of the 1969 Mach 1: like the various Mach cars before it, the 2021 car will be built with the memory of racing conquests in the SCCA Manufacturer’s Rally Championships in the ‘60s and ‘70s in mind. The new car, Ford says, is the most track-ready to ever use the famous 5.0L V8 engine. An engine that, in Mach 1 guise, is good for 480 hp and 420 lb-ft of torque, equaling the Bullitt. The Mach 1’s powerplant also gets the Shelby GT350’s intake manifold, oil filter adapter and engine oil cooler.

Since that’s the same power figure made by the Bullitt, could it be a suggestion that the arrival of the Mach 1 spells the end of the line for the star-studded ‘Stang? If so, best get one while you still can, just in case.

In addition to the added power it lords over the GT, the Mach 1 gets its Tremec 6-speed manual gearbox, stiffer bushings, new front and rear subframes and Michelin Pilot Sport 4 tires from the GT350, and rear axle cooling system and lower diffuser from the recently-arrived GT500. A 10-speed automatic will also be available. 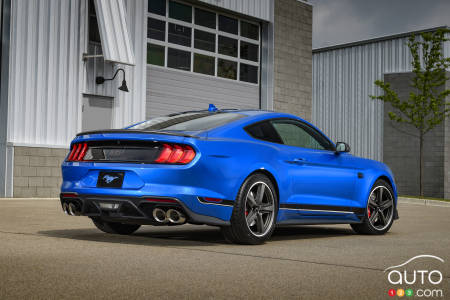 What’s really new?
That’s the borrowed stuff. All-new to the Mach 1 are, notably, a redesigned front clip with two-piece upper grille and new side grilles that are functional in that they meet the increased cooling demands of the tuned 5.0L. The big add to the handling, however, comes in the form of an underbelly pan larger than the GT’s for increased downforce. Handling is also improved by the standard fitment of magnetic dampers. 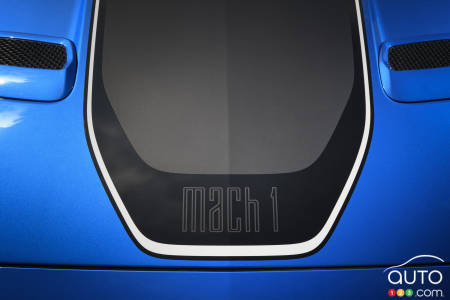 “The chassis changes and parts are much more significant vs. a base GT and even a Performance Package 1-level vehicle,” said Tom Barnes, Mustang Vehicle Engineering Manager. “There are more additional exterior and interior parts that are modified (from) the GT versus the amount of parts modified on the gen 4 car.”

Indeed, to push the envelope even further, there will be two trims of the Mach 1, suggesting it’s a more complete model than the last car. Furthermore, there are more free-standing options and more unique parts than previous, as well as a handling package that adds a higher downforce front splitter, aerodynamic mouldings over the front wheels and spoiler with Gurney flap shared with the GT500. Cars with the handling pack will be available only with the manual transmission.

Expect the 2021 Ford Mustang Mach 1 to arrive in dealers early next year as a limited edition model, though Ford is being coy on exactly how many are slated for production. Stay tuned. 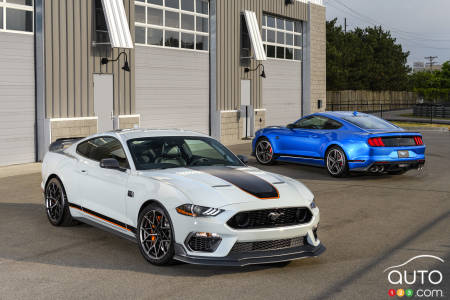 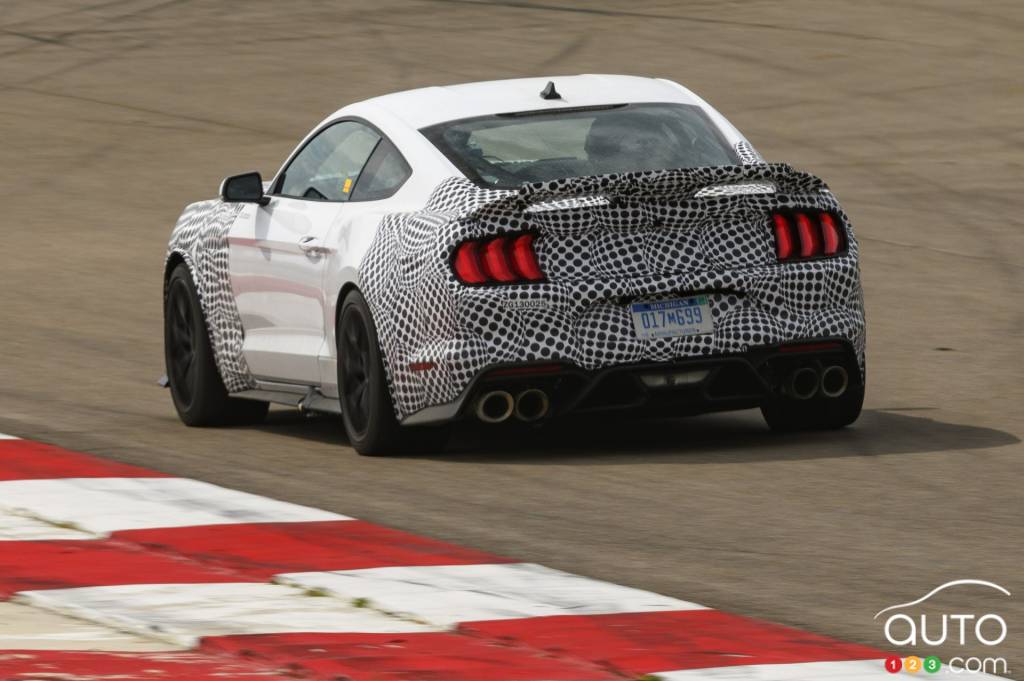 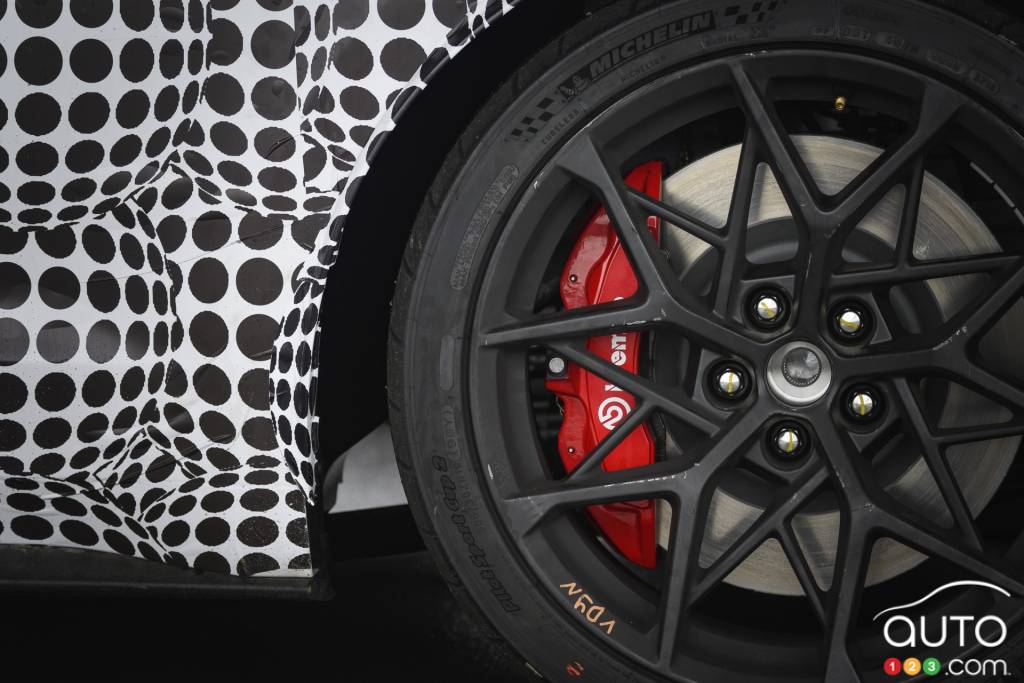 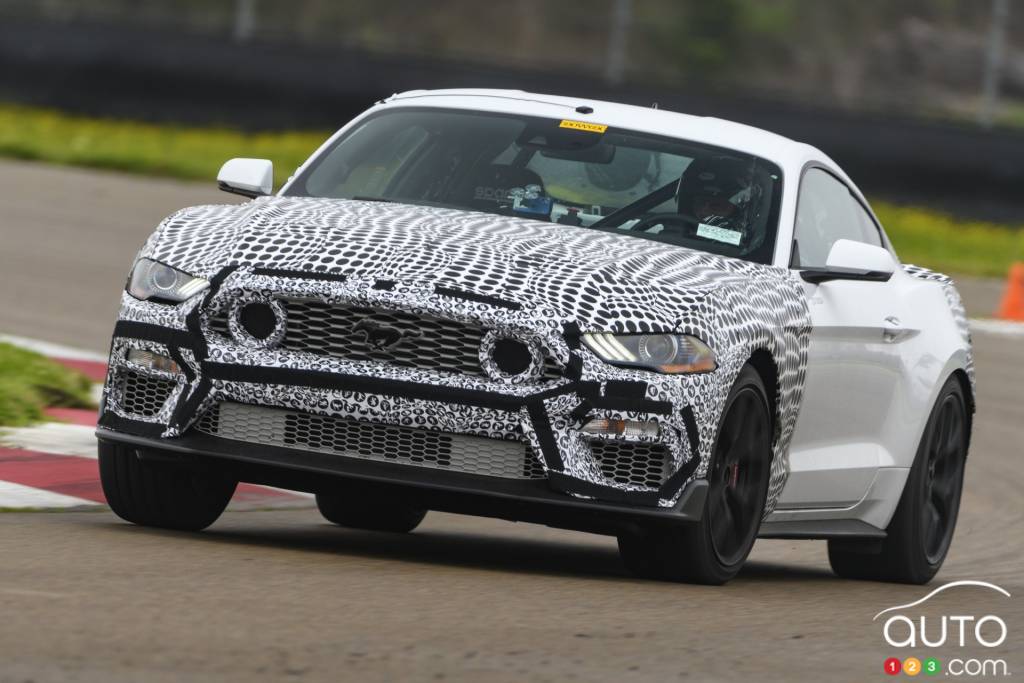 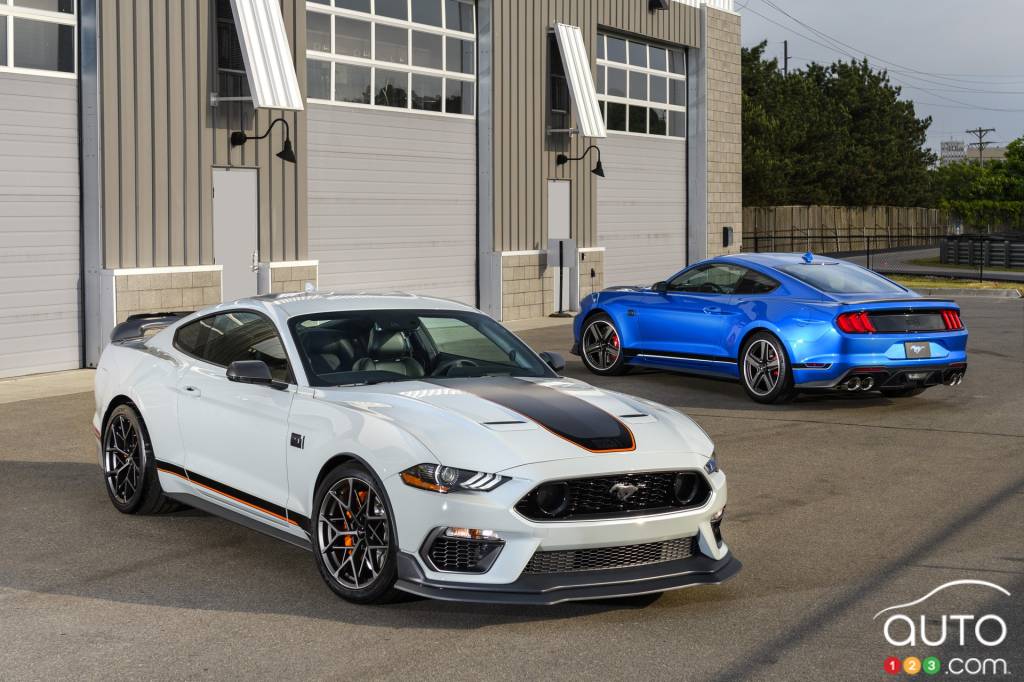 Ford Announces Return of the Mustang Mach 1 for 2021

Ford today announced the return of the Mach 1 version of its Mustang model. Few details are known at this time, but there’s reason to expect the most capable...

Ford has just announced what prices Canadian consumers will be paying for the all new 2021 Mustang Mach 1. The model slots in above the GT in the range in te...