The Kia Sorento that we see on Canadian roads made its debut in our market for the 2016 model-year. Now, in under a month, Kia will put on the global premiere of the fourth-generation Sorento. However, that won’t happen at the Chicago Auto Show taking place in February, even though that event is renowned for its big SUV and truck reveals.

Instead, Kia has decided to unveil it at a stand-alone event taking place in South Korea. We’ve seen this before, as sister brand Hyundai for example recently presented the GV80, the first SUV from its Genesis luxury division, all by its lonesome. The announced date for the next-gen Sorento’s premiere is February 17, which will coincide with Kia in South Korea starting to take orders on the SUV.

Interestingly, the Mohave (aka Borrego) is still available in that market. Last year, Kia proceeded with a second (fairly comprehensive complete) redesign of that ladder-chassis SUV model, which has been around since 2008. To some extent, the Sorento and the Mohave overlap in the carmaker’s lineup, but the former, more chiseled and sophisticated in appearance, is more focused on luxury while the latter is more oriented towards the off-road experience and sports a more rugged, squared-off look. 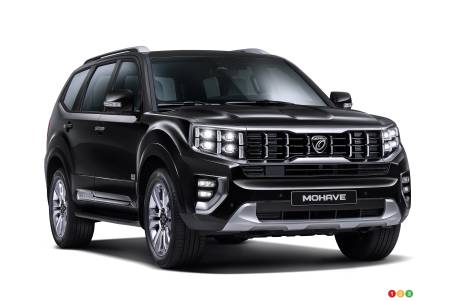 Kia has already confirmed that the next Sorento will be available with hybrid and plug-in hybrid powertrains, configurations that could be followed at some point by a fuel cell (hydrogen) variant. The North American version is expected to be launched before the end of this year as a 2021 model. However, it will likely be some time before we can take advantage of the electrified variants.

In the meantime, the global reveal is scheduled for three weeks from now. Before then, don’t be surprised if the company drops a few teaser images to whet our appetites.