Ram will offer a 75th anniversary edition of its 2500 Power Wagon.

The Power Wagon truck produced as part of the Dodge lineup first made a name for itself in the 1950s. It can truly be called most capable truck of its time, even the first high-performance off-road pickup. The model was first introduced in 1945 and celebrates its 75th anniversary this year. The Dodge Power Wagon was based on the military truck built by the automaker during World War II.

Production did not continue unbroken over the decades, however. Only in recent years has Ram restarted offering a Power Wagon version of its Ram truck. While this edition has all sorts of capabilities, it is much more discreet than the 50s-era model.

For 2021, Ram pays tribute to the icon of the time with a special edition. And it sends an immediate, unmistakable message with its front grille, the background of which is explicitly taken from the 1950s with its vertical slats. 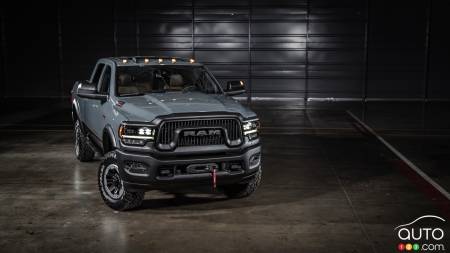 As for the features of the 75th anniversary edition, there are high-quality LED headlights and plenty of black trim and logos. Anniversary badges are also visible throughout, including on the rear doors. 33-three inch wheels complete the exterior styling. 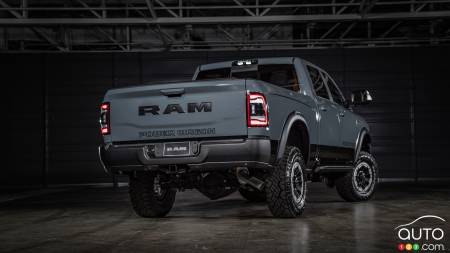 Inside, the most significant change is the addition of brown leather seats with 75th Anniversary logos inlaid in the seat backs. The dashboard and door trims adopt glossy black plastic and brushed aluminum. The 12-inch multimedia display features new information pages that show off-road driving details, items such as vehicle height, pitch and roll level, as well as auxiliary gauges. A 750-watt audio system with 17 speakers is present on board.

The special edition of Power Wagons will arrive at dealerships by the end of the year. The Canadian price for the model is $73,290, excluding freight and preparation costs of $1,895. 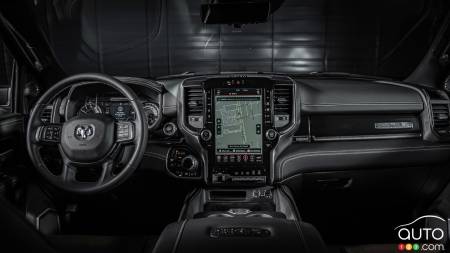 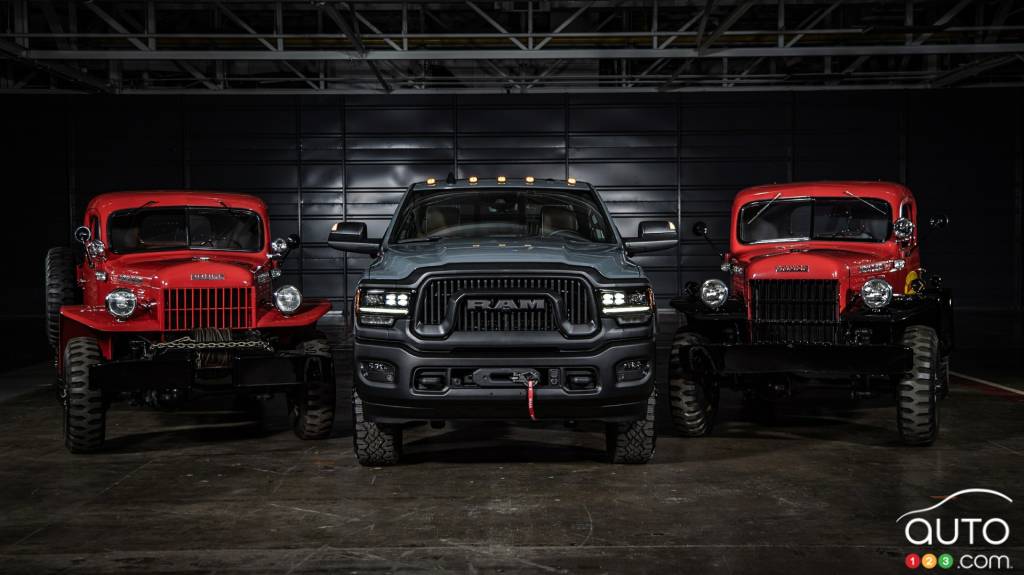 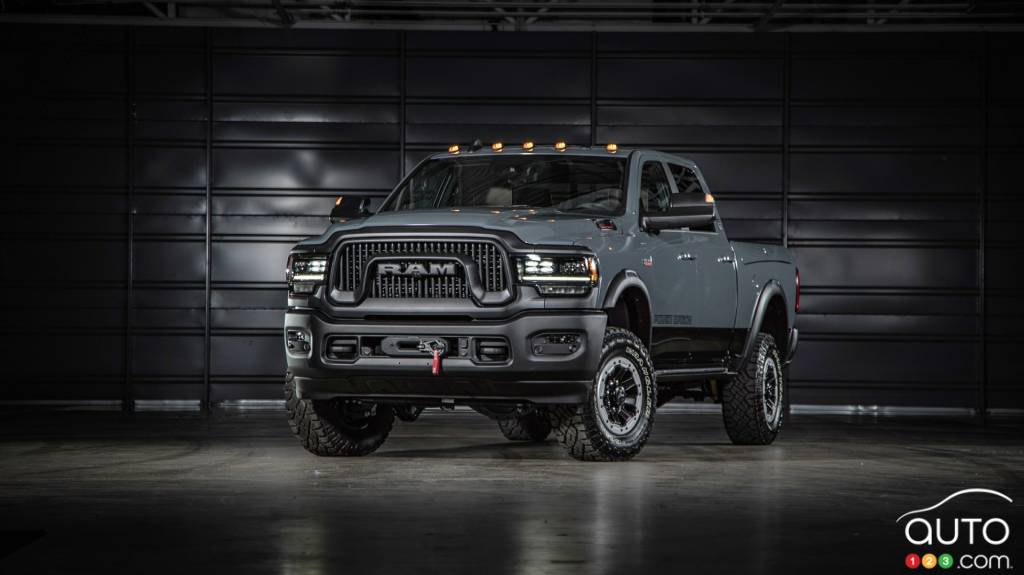 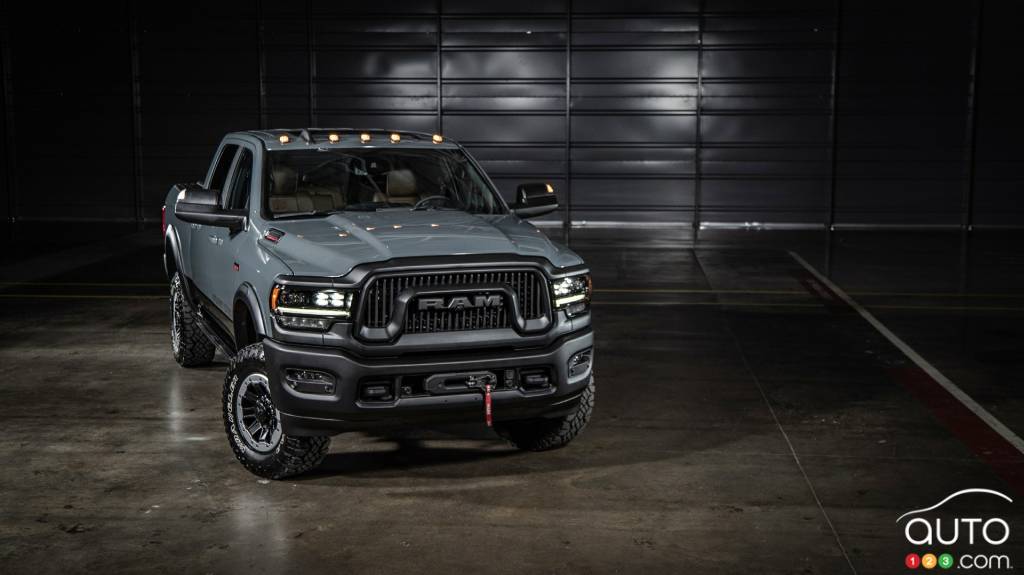 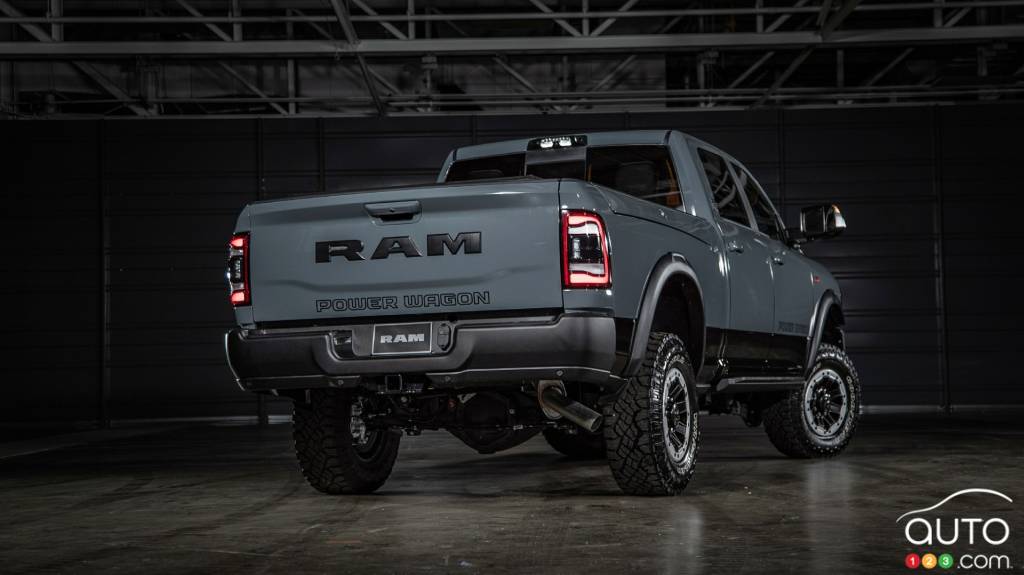 Ram is recalling just under 132,000 HD pickup trucks due to a fire hazard. This comes just days after the NHTSA opened an investigation into another potentia...

The 2019 Ram 2500 Power Wagon is big, and its heavy, but it’s also surprisingly lithe and capable as an off-roader. Its very aggressive tires are not the mos...