Deprived of the platform of auto shows to launch their new models, manufacturers are turning to virtual presentations on the Web, a strategy that, in any case, already existed before the pandemic hit and upended everyone’s way of doing business.

Earlier this week, the Japanese manufacturer launched two new hybrid vehicles for the 2021 model year. And so we got a first taste of the new Sienna minivan, getting a makeover after ten years of loyal service in its current form, as well as the revived Venza SUV. That nameplate thus returns to the fold a few years’ absence from the brand's lineup.

The two new models should normally have been unveiled at the New York Auto Show in April, but these not being normal times, that event was postponed until the fall.

Hats off to Toyota, first out of the gate with a “new concept” in-person presentation today, which allowed us to discover, for an hour, the second generation of Toyota's mid-size crossover. This reborn utility vehicle fits in between the popular RAV4 and the larger Highlander in the brand’s North American lineup.

Basically, we did the automotive version of a speed date.

Familiar architecture
Unlike the defunct model it replaces, the new 2021 Venza takes a more populist approach with a template very close to those of the other models vying in in the category. The first Venza was quite unique on the market with its sedan-like handling (thanks to Toyota Camry's platform), a wagon-like silhouette and ground clearance provided by huge 20-inch wheels on the more-opulent trims.

Beyond its very aerodynamic silhouette and scarily sharp bumper, almond-shaped windows, sloping roof and rear end that's actually reminiscent of a Jaguar design, the 2021 Toyota Venza 2021 is based on an already well-known platform, the TNGA-K, the same architecture that underpins the popular RAV4, among others. The wheelbase and track width are the same as those of the RAV4. However, the Venza is longer overall

As for the newcomer's design, it's nothing like other Toyota SUVs. While there are clear clues as to who put together this latest SUV to join the lineup - the blue Toyota badges and "HYBRID" badges on the sides, for example - the 2021 Venza could almost pass for a Lexus model.

Although you wouldn’t know it from the images, Toyota representatives insisted to me that this Venza is a pre-production vehicle. The finish and assembly of some components would not meet the company's standards. That may be true, but I didn't notice anything abnormal during that hour I spent with the vehicle. A good sign!

Ten hybrid models in 2021 in Canada
The manufacturer already announced its intentions when it comes to hybridity a few months ago: the objective is to electrify the entire Toyota fleet by 2025. In other words, the brand's hybrid technology is probably omnipresent on the drawing boards for upcoming Toyota models.

Like the 201 Sienna, which is dropping its venerable V6 engine, the new 2021 Venza also switches to hybrid technology exclusively, bidding farewell in the process to the naturally aspirated 6-cylinder engine of old. Better yet, all Venza models come standard with all-wheel drive, which is great news for Canadian motorists as they contemplate our next winter driving season.

Under the hood, Toyota engineers continue to rely on the brand’s proven RAV4 Hybrid formula. The efficient 2.5L naturally aspirated 4-cylinder engine is mated to three electric motors, two in the front and a third on the rear axle to provide added traction when the vehicle senses a four-wheel-drive situation.

The 219 hp output is certainly not the most impressive in the industry, but given the Venza's vocation, which is to transport its occupants in a quieter shell than that of the RAV4, it should be more than enough to move the mid-size SUV. Note as well that it's a continuously variable transmission (CVT) transmitting power to the wheels, as with all the other hybrids in the Toyota family.

A good first impression
Unsurprisingly, the folks at Toyota’s Canadian division brought in a fully equipped Limited trim for this static reveal event. We were able to discover the richness of this version’s materials and surfaces, as well as the new panoramic roof that "frosts" at the touch of a button located above the windshield in the passenger compartment. The effect is very impressive... and luminous!

Good news for families with young children: Toyota made sure not to install a button in the back, reasoning (correctly) that children could start amusing themselves changing the roof's transparency level at every turn! I should also mention that a canvas can be deployed to darken the cabin if needed.

What I took away from this very brief stint seated in the 2021 Toyota Venza is that those familiar with the brand's utility models will feel right at home here, despite the presence of an extra-large (and colour) head-up display, an even more impressive 12.3-inch touch screen and a few nice touches of ambient lighting here and there.

However, I have reservations about the choice of touch buttons located under the centre screen. Although they're a good size, the operation of these buttons is not always intuitive in everyday use. A more in-depth test drive is in order here!

I like the rear seat, which offers two reclining angles for the backrest, while the trunk appears to me to be on the right side of average for the category. Rearward visibility is likely to be, like in many modern SUVs, somewhat limited. Fortunately, the vehicle comes standard with a rearview camera, while a digital rearview mirror accompanies the Limited model for drivers who can then feel free to fill the cargo area all the way to the roof.

The Limited edition looks attractive, but the price of this version will certainly be hefty. Toyota told us they expect the XLE version to be the most popular with consumers in Canada. We should learn more over the next few weeks about the pricing of the various trim levels of the Venza, which is expected to hit dealerships in August.

Here to stay?
As Jocelyn Daneau, regional director for Toyota Canada, explained to me, the first-generation Venza was actually popular with Canadian consumers; but it was less so with our neighbours south of the border. And the fact that the Venza was assembled in the U.S. did not help its cause when sales began to dip there. His way to telling me the decision to pull the plug on Version 1.0 of the Venza was made in the US of A…

In contrast, this new version is to be built in Japan, which gives Toyota Canada more control over the fate of the Venza 2.0 here at home. If consumers embrace this all-hybrid formula, the new Toyota Venza should stay with us for quite a while. 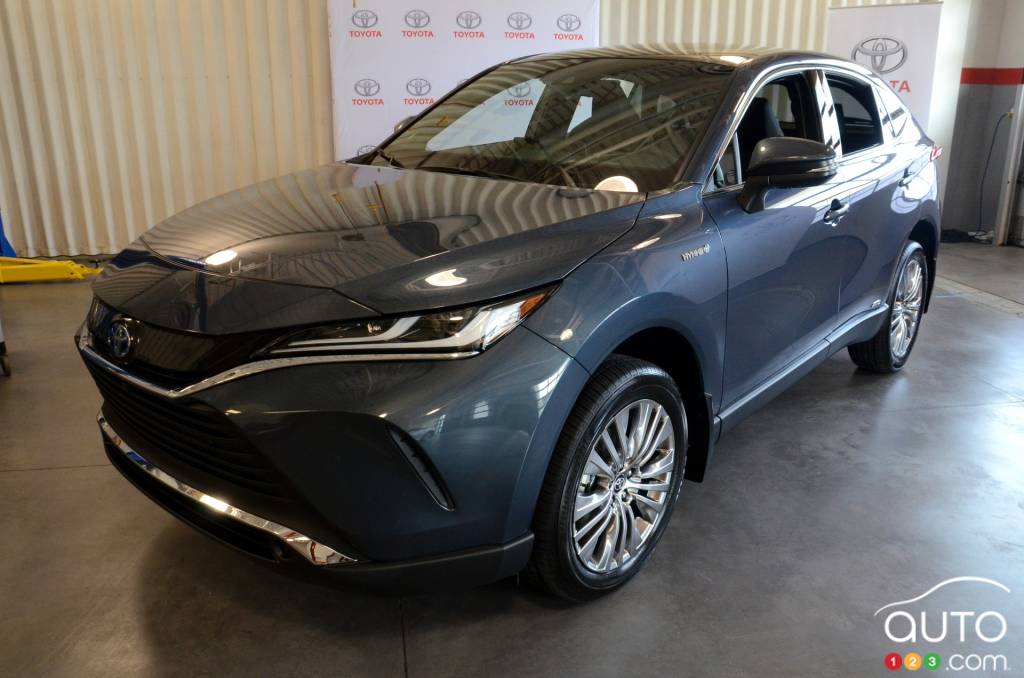 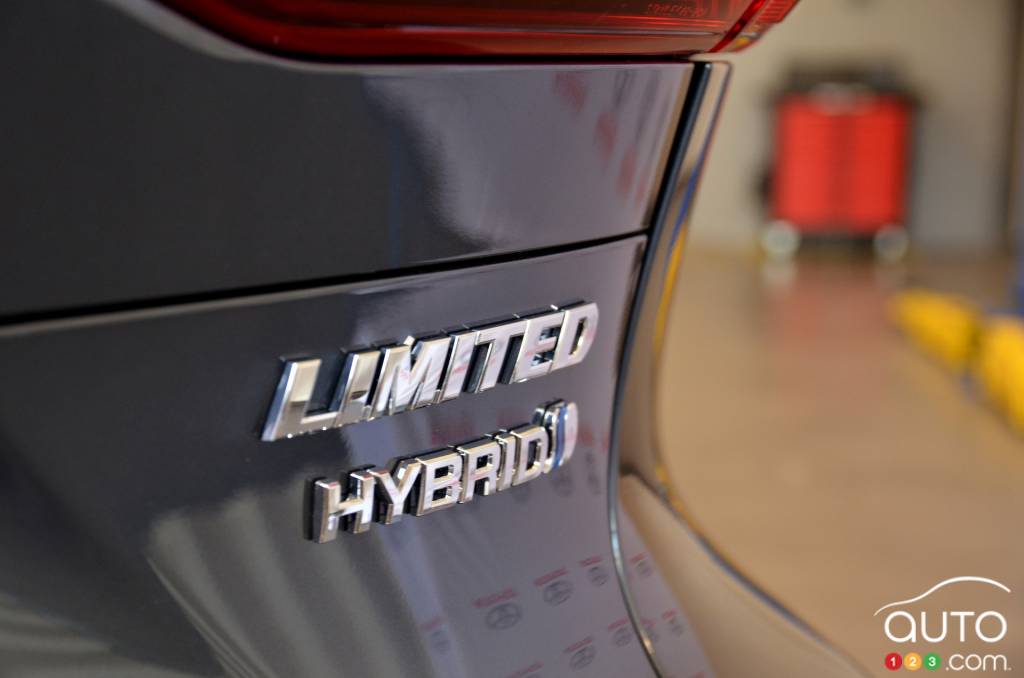 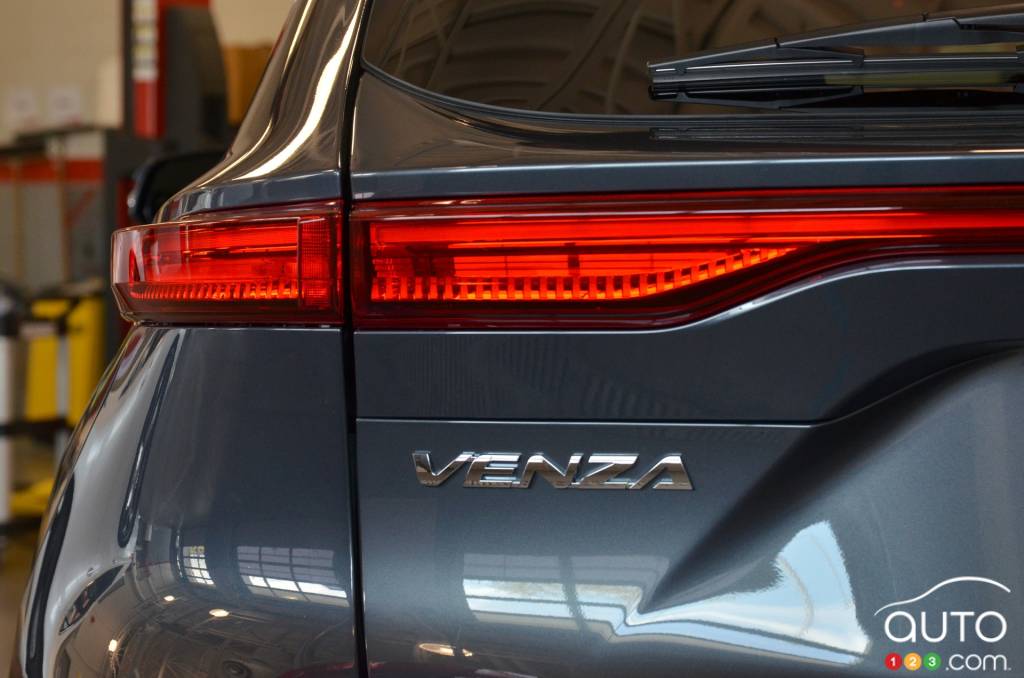 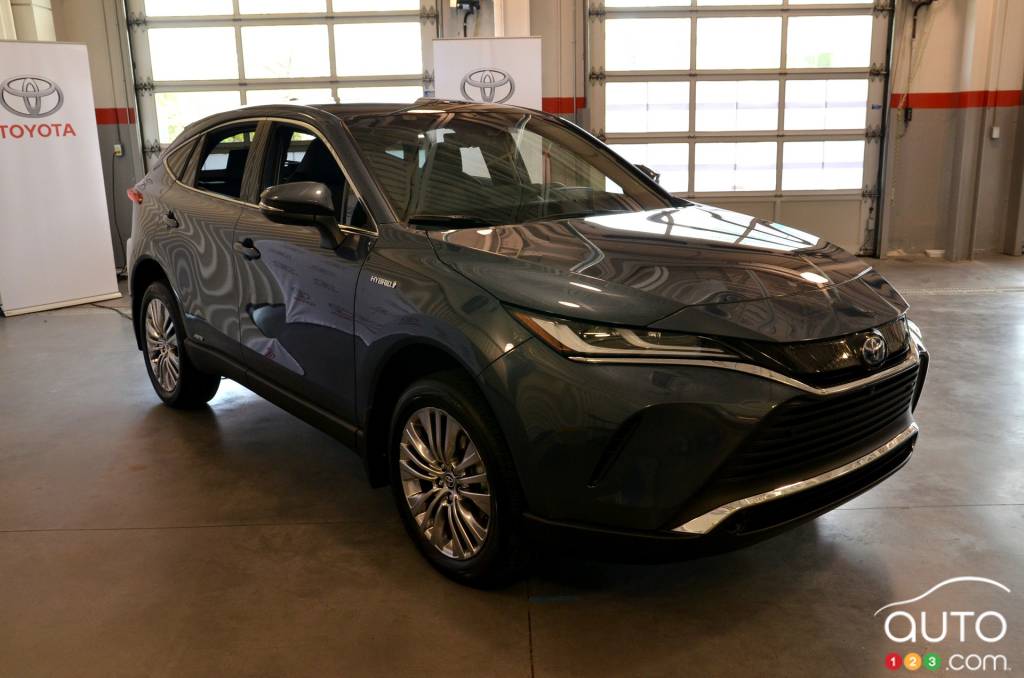