Like a butterfly emerging out of its cocoon, the BMW iNEXT concept, first unveiled in 2018, has been transformed into the 2022 BMW iX, the German automaker’s very first utility vehicle running entirely on electricity; it’s set enter the electric family crossover segment shortly before the end of 2021. This means that the first units of the vehicle will be delivered in Canada in early 2022. While we’ll have to sit tight for a while before its arrival, the manufacturer has provided several details about the newest Beemer.

The SAV concept, redefined
The manufacturer is looking to redefine its Sports Activity Vehicle (SAV) concept with its future iX, which we point out is still in development, so not yet a finished product. The exterior dimensions are quite impressive; BMW compares the iX to the X5 in terms of length and width, while the height is more like that of an X6. Oh, and the diameter of the rims is similar to what you get with the current X7. BMW will offer 20-, 21- and 22-inch wheels for its new flagship electric model. 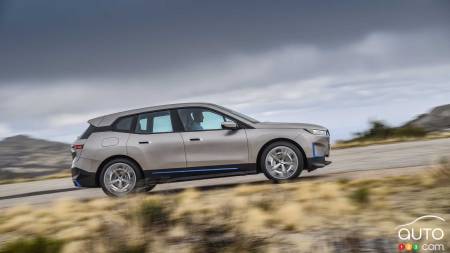 Design has also been a thorny issue for the past few months at BMW, which in transforming the iNExt prototype in the near-production-ready iX softened only the general silhouette of the model. In other words, the controversial huge front "grille" is still as prominent as ever - and is once again likely to be the target of brand purists’ ire - as it fits between two LED headlamps that have been slimmed down as much as possible. The same applies to the LED taillights in the rear. Also note the presence of sensors and cameras inside the grille.

From the side, the BMW iX looks almost like a wagon with its elongated roof that "floats" at the D-pillar. There’s little doubt this new all-electric SUV won't go unnoticed when it hits our roads.

“The BMW iX shows how we can give new technologies a very modern and emotionally engaging design. The car is technologically highly complex, but it feels very clear and uncomplicated. The BMW iX offers a mobile living space in which people will feel at ease and the car’s intelligence is always available without becoming obtrusive.” 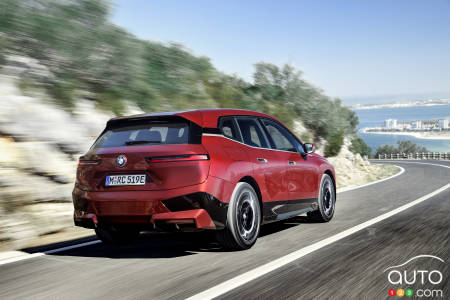 Fifth-generation eDrive technology
The BMW iX is based on a platform dedicated to electric propulsion, unlike the iX3 crossover marketed in China, for example, which is derived from a BMW X3 designed for internal combustion engines.

The manufacturer is using this launch to unveil the fifth generation of its eDrive technology. The iX crossover is equipped with a pair of electric motors that deliver a total of "more than 500 hp", according to BMW, which is probably trying to get the most out of its powertrain. The dual powertrain also ensures optimal driveability, with the SUV benefiting from all-wheel drive. Note to those interested in this kind of thing: this big vehicle is capable of reaching 100 km/h in under five seconds.

Since it's an electric vehicle, we should also talk about the theoretical range. BMW is predicting a possible distance of 300 miles (or 482 km) according to initial estimates from the U.S. EPA's FTP-75 test. It’s a fairly modest number, well below the the 597 km possible with a Tesla Model X, but we should BMW time to fine-tune this aspect of its first all-electric SUV. Who knows, maybe the engineers will be able to stretch the elastic a little bit more between now and market launch. 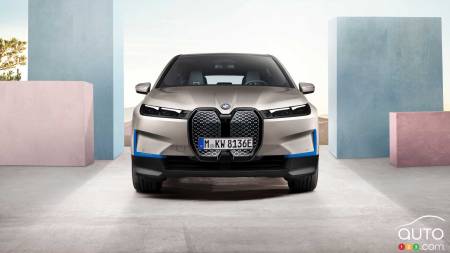 Quick recharging
The BMW iX features a 100-kWh battery pack and can handle 200-kW fast recharges, which translates into a 40-minute recharge time for 70 percent of the energy. The manufacturer also claims that in 10 minutes of fast charging, the vehicle regains 120 km of range.

A new kind of passenger compartment
Over the past few years, the German automaker has accustomed us to very similar interiors in its extensive range of vehicles. But lo and behold, a glance at the images of the new BMW iX reveals that the electric crossover breaks with convention.

The dashboard, for example, has nothing in common with other BMW vehicles, except perhaps the brand logo in the centre of the steering wheel. In fact, the steering wheel has a hexagonal shape, a first for the brand. The dashboard itself is flanked by a large screen placed on the forward-sloping surface, while the central ventilation nozzles occupy a large portion of the console. The centre console takes inspiration from certain competing EVs in being “detached” from the dashboard. On the front part of the console are all the usual controls (iDrive knob, transmission lever, audio system volume, etc.), while between the first-row seats, a cargo area is hidden under the armrests. Finally, on the door panels, the power seat adjustments are inspired by a solution used for several years now by a certain starry Stuttgart-based brand!

Semi-autonomous driving?
The BMW iX is, as you’d expect, packed with technology, which brings us to a subject that’s still controversial in 2020: autonomous driving or, as BMW points out, semi-autonomous driving in the case of the iX. Luckily, the driver will still have a say in how the crossover is driven. Without going into details, BMW has confirmed that the volume of information-processing capacity is 20 times greater than that of current models, which translates into twice as much information available from the vehicle's sensors. Driving aids - or semi-autonomous driving if you prefer - will therefore be an integral part of the BMW iX. We can expect some innovations in this area.

While much was revealed today, we’ll have to wait until the official launch before we can deliver our first real opinions on the BMW iX, which should be part of the brand's 2022 model-year lineup. 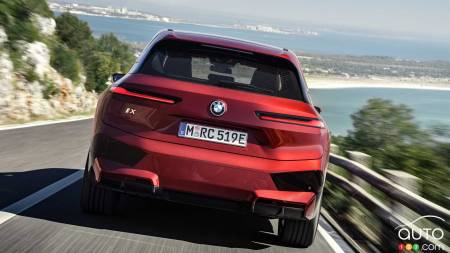 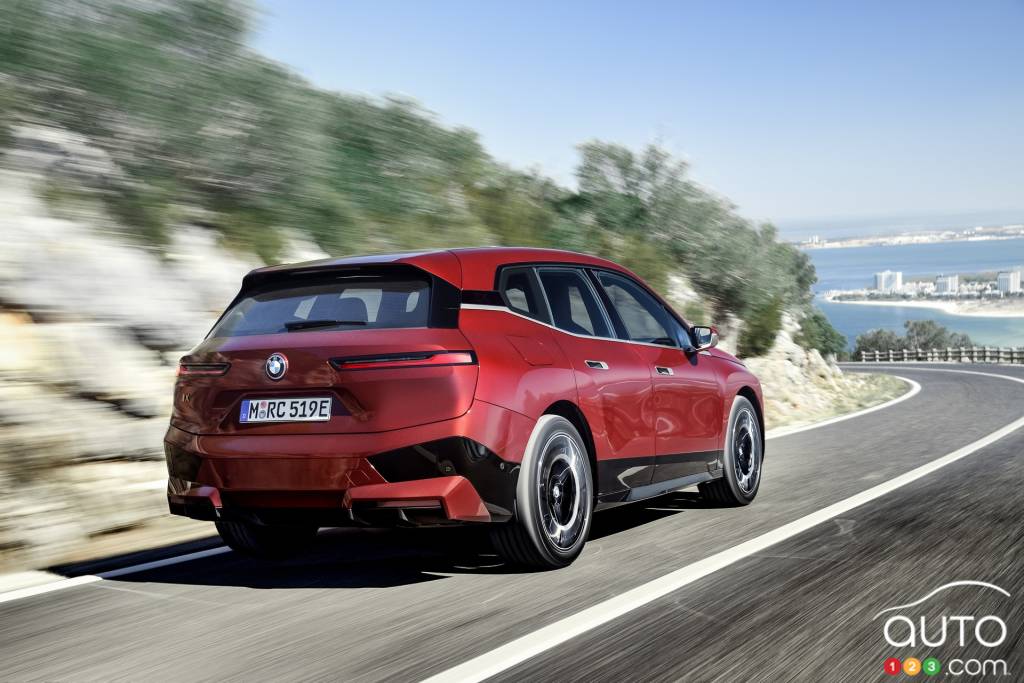 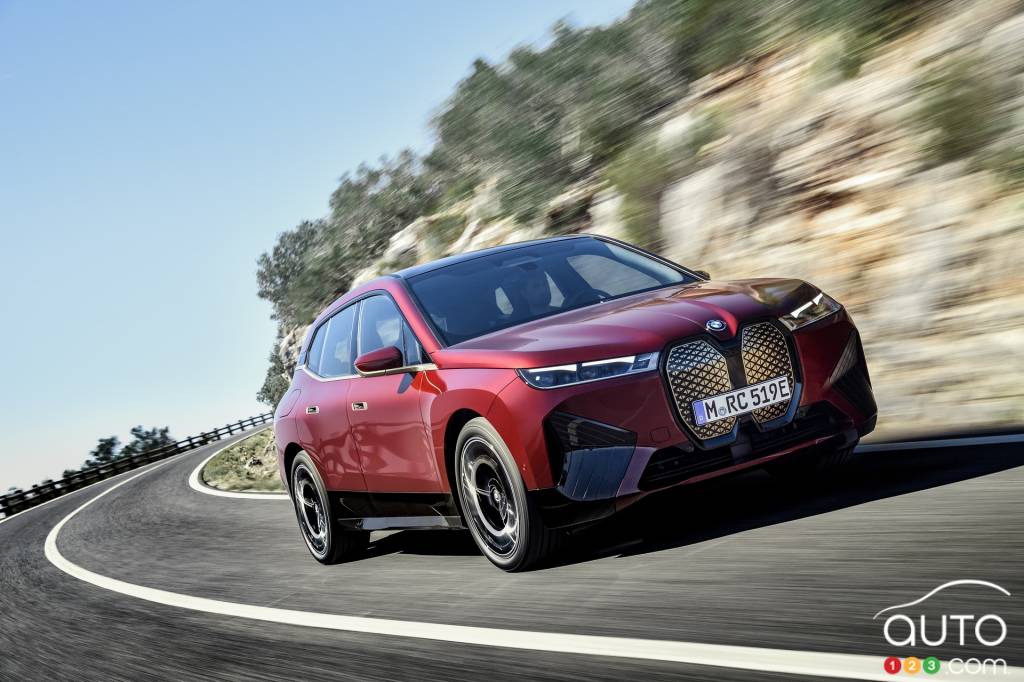 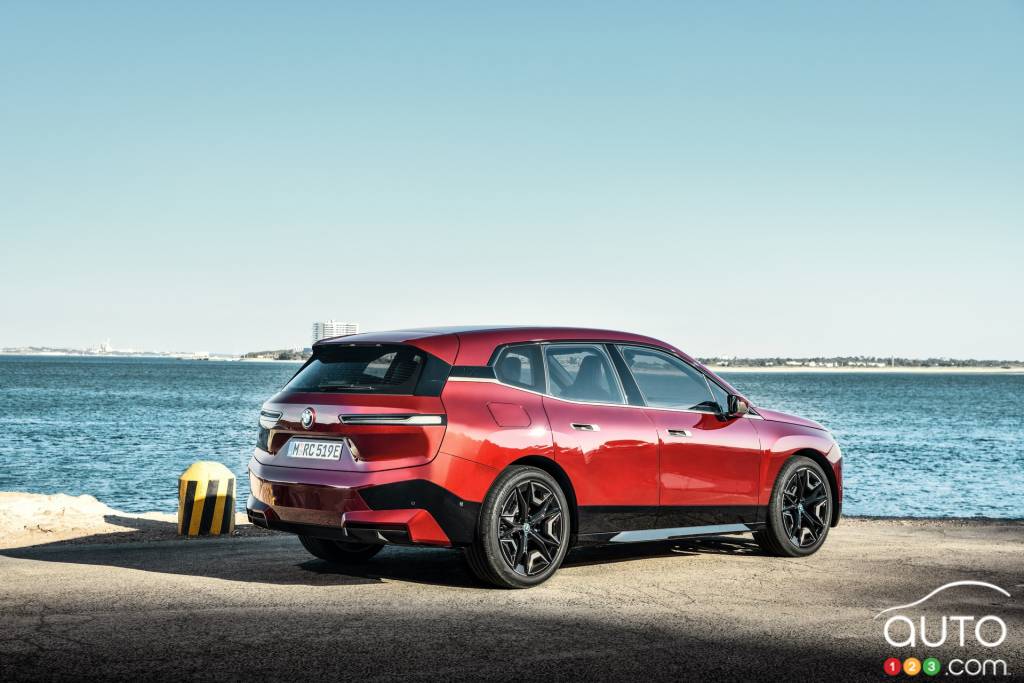 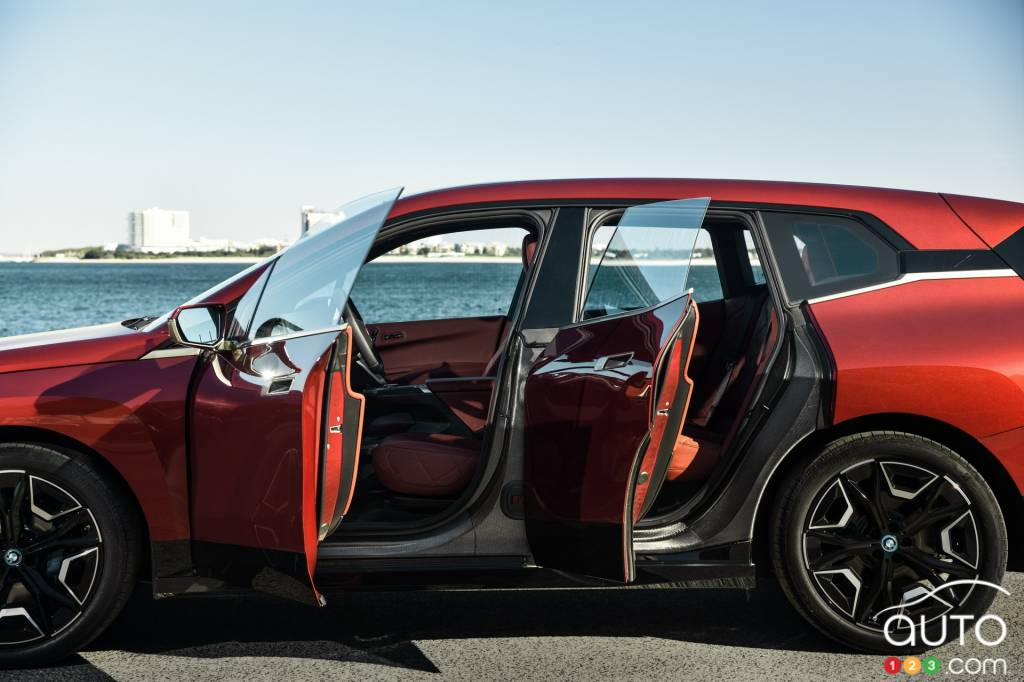