BMW's electric offensive is now hitting its stride as we get into the meat of the current decade, with a plethora of models in the works. Some have already been announced, others are rumoured, and in a couple of cases, the models in development are getting awfully close to ready for customers.

Those would be the iX SUV and the i4 sedan. Today, BMW officially presented the two all electric models, both of which will debut commercially in the first quarter of 2022. Here’s all you want to know about the iX (details on the i4 can be found here).

And we'll try to stick to the essentials, because as per its tradition, BMW has given us so much information that we could keep you prisoner for hours. Here goes! 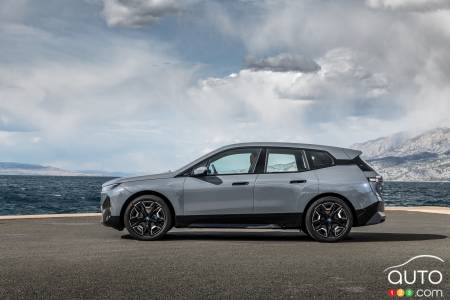 Design
As usual when it comes to a vehicle’s design, we'll let you come up with your own opinion, but overall, what's interesting is that the BMW signature, while still identifiably present, has been adapted enough to create the impression this iX is a different sort of vehicle. Its outline is smartly drawn, certainly very modern, but it isn’t a radical departure either.

At the front, fans of the massive grille that is a central element of the brand’s signature will be pleased. At the same time, that grille’s function is of course different. Instead of receiving the air needed to cool a gasoline engine, we find a panel housing all the radars and gizmos needed to ensure the proper functioning of the vehicle's various systems.

Architecture
This is not BMW's first experience with electrification. In fact, the iX carries within it the 5th generation of eDrive technology. It’s based on a drive unit that combines the electric motor, electronics and transmission, all in a single compact housing. This approach provides a power density that is about 30 percent higher than previous electric drive systems. The latest electric motors developed in-house by BMW are 93 percent efficient, compared to less than 40 percent for current combustion engines.

That's more than double the efficiency. 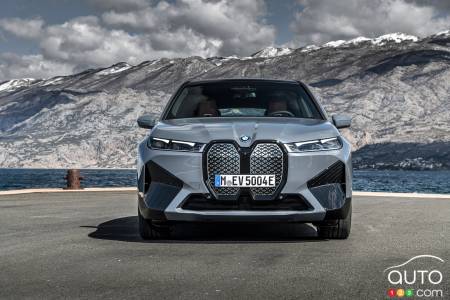 All-wheel drive
The letter X in the model’s name assures us of all-wheel drive. In fact, the first version to arrive is the xDrive50. Of course, this is made possible by the location of the electric motors, one in the front and the other in the back. The unit installed up front is rated at 268 hp and 260 lb-ft of torque; in back, we’re talking about 335 hp and 295 lb-ft of torque. In total, that works out to an output of 516 hp and 564 lb-ft of torque. The 0-100 km/h is promised in 4.6 seconds.

If that’s just not enough for you, know that an M60 version is in the works. It will offer something around 600 hp.

For power distribution, the rear axle is prioritized, but if needed, the necessary power can be sent to the front to ensure maximum grip.

In addition, the BMW iX is equipped with wheel slip limitation technology, an approach developed specifically for electric models. This allows the vehicle to maximize straight-line acceleration even on slippery surfaces, all thanks to extremely fast and precise responses. The system has been designed to handle the instantaneous power of the electric motors.

There will even be a Sport mode. It can be configured to allow a greater degree of wheel spin to allow the driver to have a little fun. 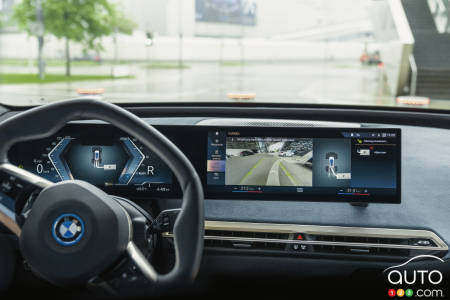 Redesigned interior
On board, you don't find the BMW the usual signature, or you do but it’s quite different. Most especially, the dashboard is dominated by a massive curved screen that combines two units; one 12.3 inches for the instrument cluster, the other 14.9 inches for the iDrive 8 multimedia system, which is the latest evolution in the field. The layout is very clean and a new centre console has been designed for the occasion. There's a lot to discover on board.

An interesting note: a camera mounted on the ceiling will allow owners to take pictures at their leisure, whether on vacation or simply to find out if something has been forgotten on board. All of this will be possible through the My BMW application. The connection between human and machine is taken to another level.

As for the dimensions, imagine an X5. The proportions are very similar. 400+ km range
Finally, because we have to end this somewhere (we could go on), recharging can be done in 11 hours at a Level 2 station. BMW claims a range of 475 km, but it does explain that these results were obtained on the WTLP cycle (Europe). We should therefore expect a little less, around 400 km. It remains to be seen.

As for charging at a Level 3 station, it will be possible to recover some 150 km in 10 minutes, or to increase the capacity from 10 to 80 percent in 31 minutes. 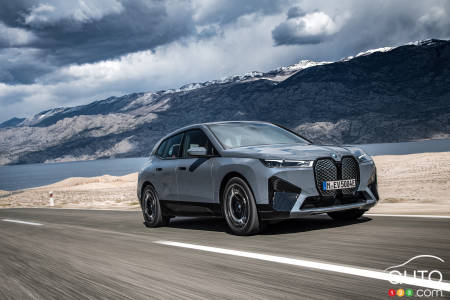 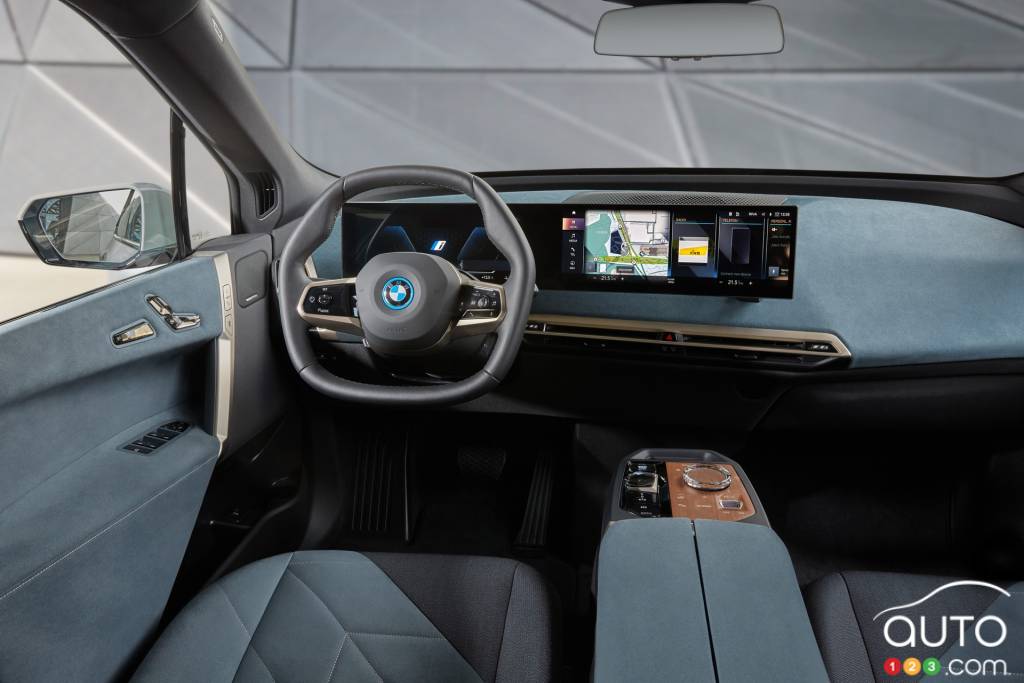 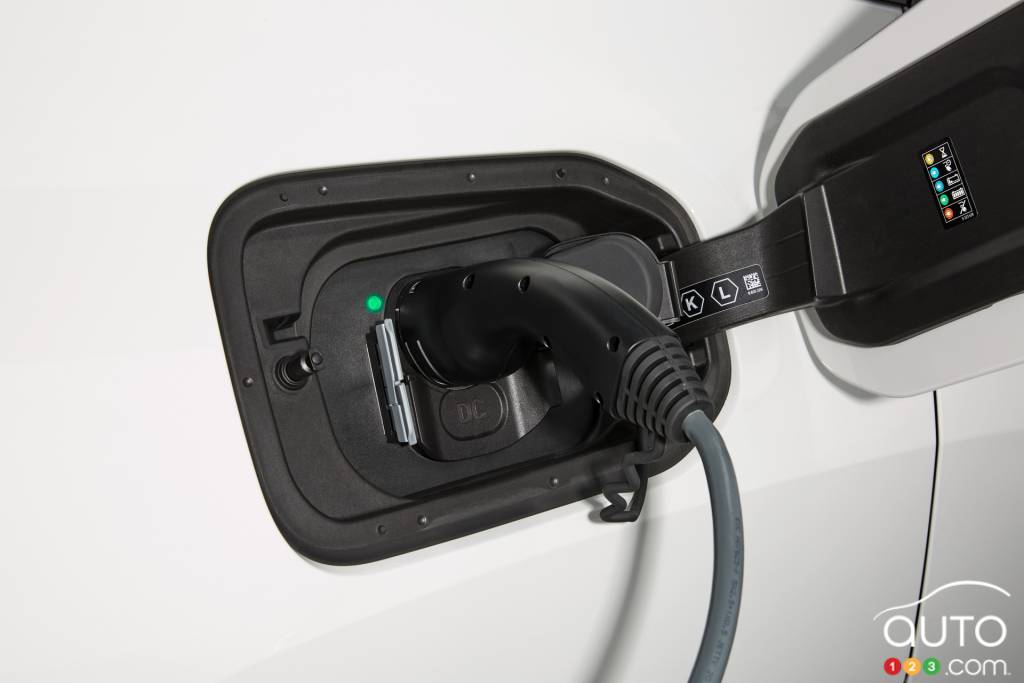 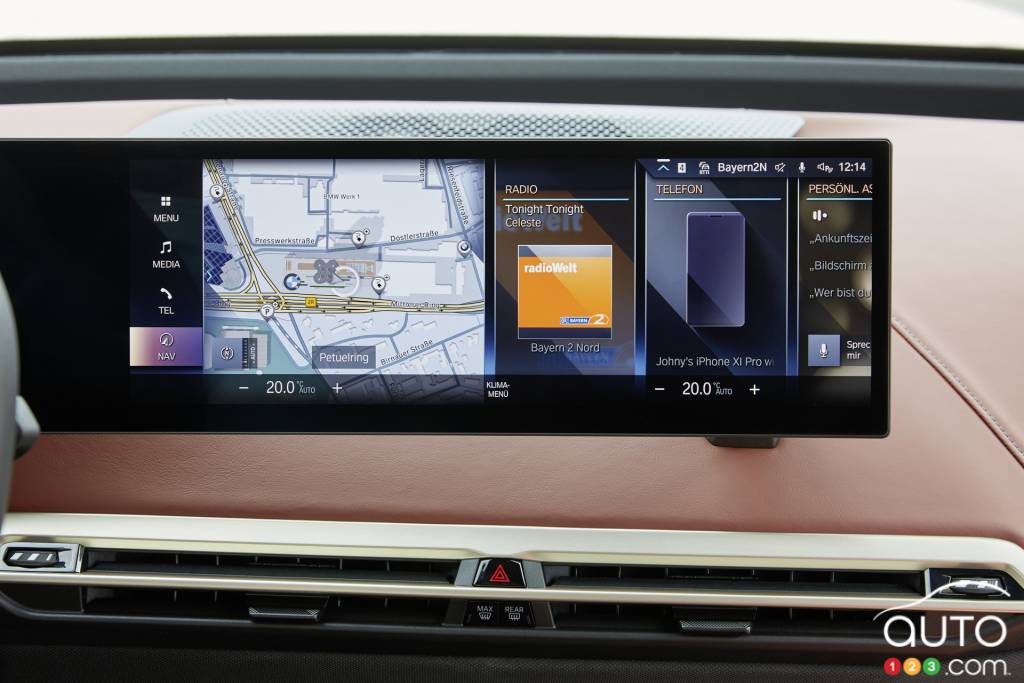 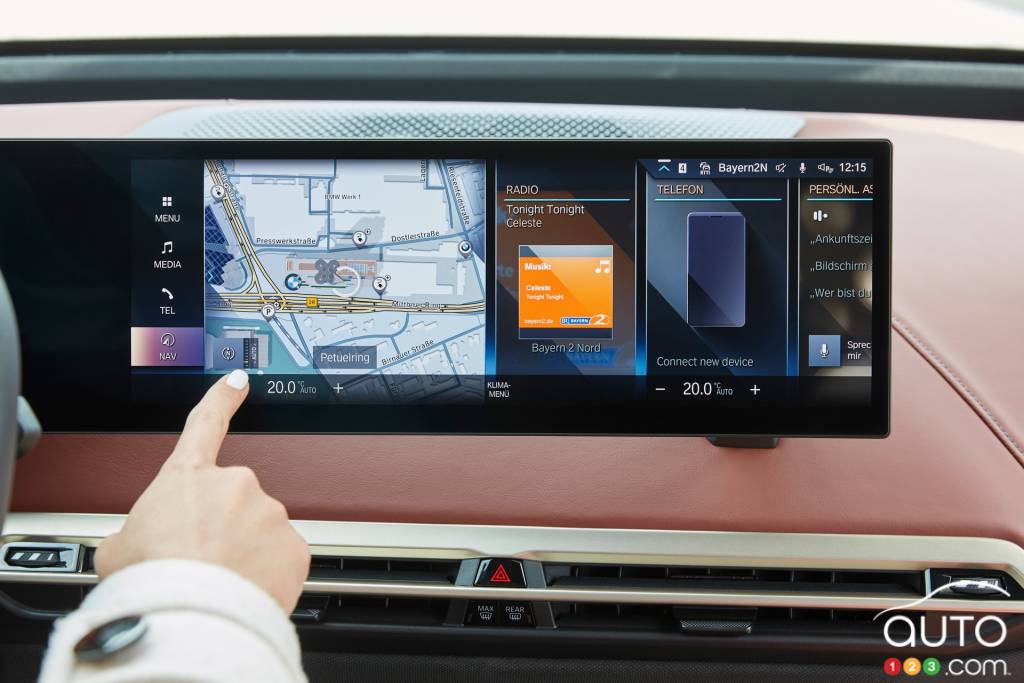