The one thing I was expecting to see more of was a smattering of Trailsport easter eggs, perhaps some molle straps on the front seatbacks like you find in the Ford Bronco Sport, or some waterproof hidden storage for smaller items. There’s none of that here and as you take all that into account, you start to realize why this is considered a trim as opposed to a sub-model in the Passport range. 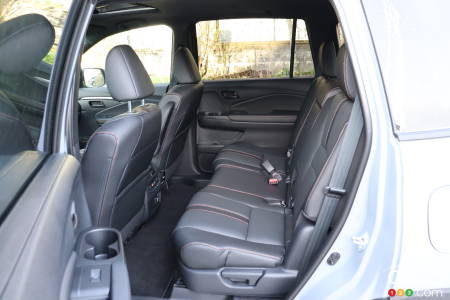 As far as the second row goes, there’s actually more passenger space there than there is in the Pilot, and that’s because the latter can actually only accommodate a third row by compromising the second. You will see over 100 litres more cargo room in the Pilot, however, assuming you’ve folded the third row.

Speaking of size differences: the Pilot is longer overall, but thanks to its shorter overhangs, the Passport has better approach and departure angles, even when comparing the Trailsport trim of each vehicle.

Power for the Passport Trailsport remains unchanged from other Passports (or Pilots, for that matter): 280 hp and 262 lb-ft of torque from a 3.5L VTEC V6, sent to the wheels via a 9-speed automatic transmission with paddle shifter accompaniment.

It’s a peppy powertrain that goes about its business in short order – such is the beauty of a naturally-aspirated powerplant attached to a short-ratio gearbox – to have you on your way in a jiffy with some surprisingly robust aural accompaniment. Seems those big tailpipes aren’t just for show, and I have no problem with that.

So brisk was the powertrain that I found myself making use of the paddle shifters more than I tend to in crossovers that don’t quite earn the “performance” adjunct. This is a Honda staple, in fact: regardless of a car’s creed, its engineers tend to give it some brawn in the power department, obviously helped along by the company’s VTEC technology.

The strong powertrain, meanwhile, works in concert with a fantastic ride and handling package. Similarly, Hondas tend to be known for their steering and so it goes that the Passport’s rack is a solid, direct and responsive one that you’re surprised to find in a vehicle of this type. It’s so lively that the chunky wheel makes sense and it does well to play into the Passport’s motus operandi, which really is a more athletic take on the Pilot blueprint. Left-to-right transitions are performed with a nice reduction in body roll and all that’s matched by a ride that absorbs the worst bumps, but makes sure there’s a little feel through the seat of your pants so you can get a nice idea as to what’s going on beneath the contact patches.

There’s also torque vectoring on the rear wheels to help swing this ‘ute through corners, and it does so with aplomb.

The AWD is a full-time system meaning there’s always power being sent to both axles and that can be done with up to 70 per cent sent to the rear axle and distributed according to where it’s needed.

The Passport competes with the likes of the Ford Edge and Nissan Murano, and it takes both of those to the cleaners in the handling department; and then it’s only barely eclipsed by the Edge in terms of ride because the Ford really is quite soft.

While the track is increased by 10 mm both front and back, that’s pretty much the extent of the changes the transition to Trailsport offers in terms of engineering upgrades, unless you include the slightly chunkier tread pattern on the Firestone Destination rubber. To put it in context, the Passport Trailsport remains much more a competitor for the Jeep Cherokee as opposed to the Jeep Cherokee Trailhawk.

Honda does provide three powertrain modes, however: Mud, Sand and Snow. So you get an electronic boost in that department. That said, the standard version also gets these so there isn’t a huge amount to write home about there. What’s strange is that Honda is already saying that there will be more additions down the line to add to the Trailsport’s trail-worthiness (such as different tires and suspension), which does beg the question; if you know you’re going to do it, why not go all the way and do it from the get-go? 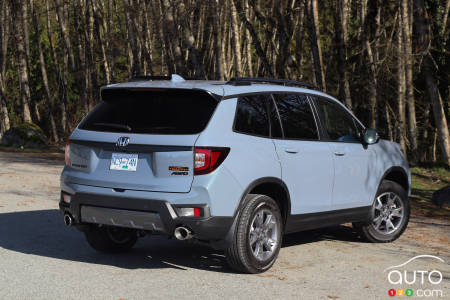 For the most part, though, the Passport does make good on its mission statement. Its smaller size makes it feel nimbler than the Pilot, but at the same time that second row is a roomy gem and makes this the perfect choice for three- or four-person families with a slightly more adventurous bent. It’s a fun drive with good interior accoutrements and though the Trailsport additions turned out to be a little more limited than I’d thought at the outset, there’s enough here to show that this particular Passport has something a little more special going on. 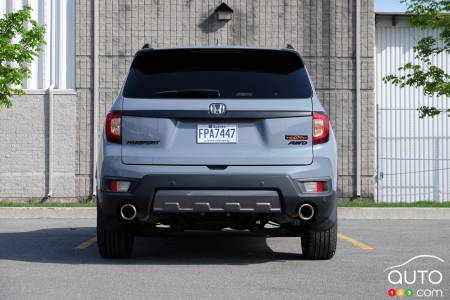 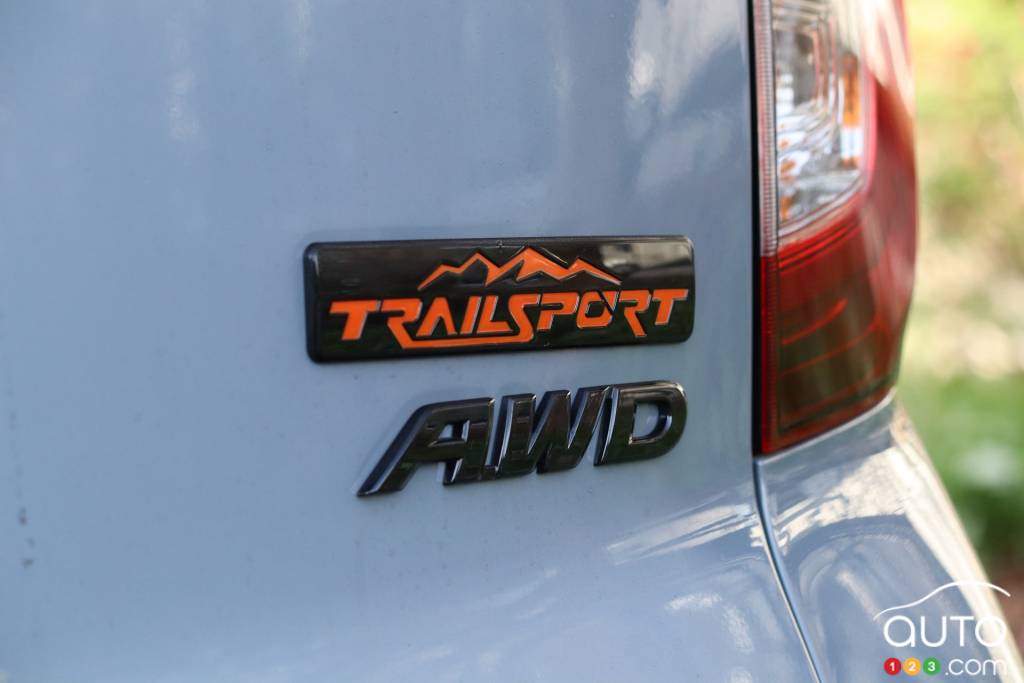 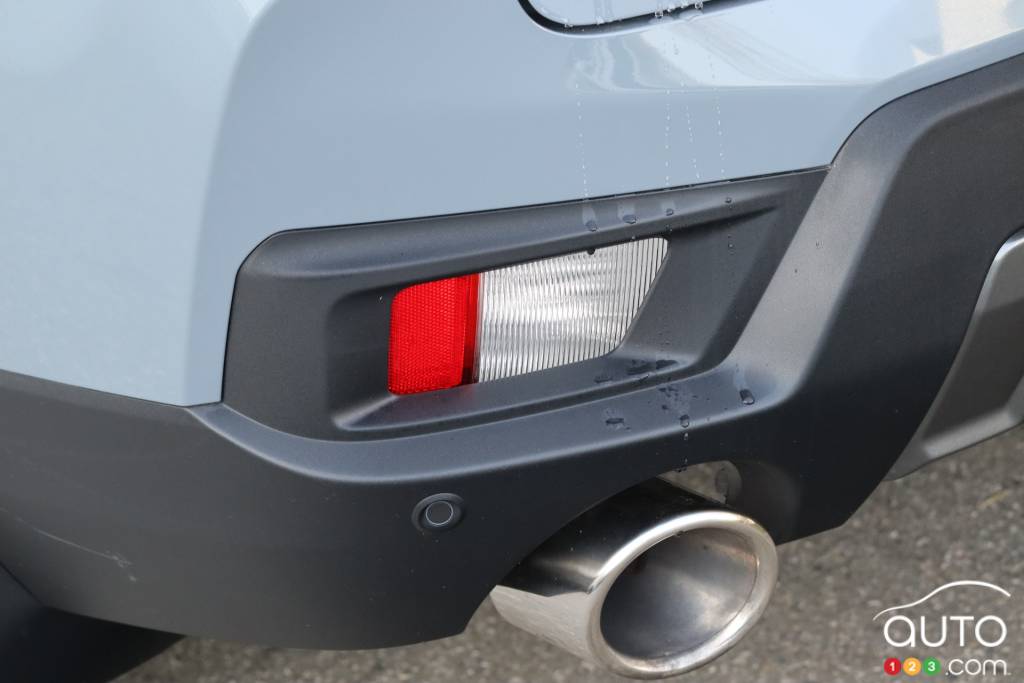 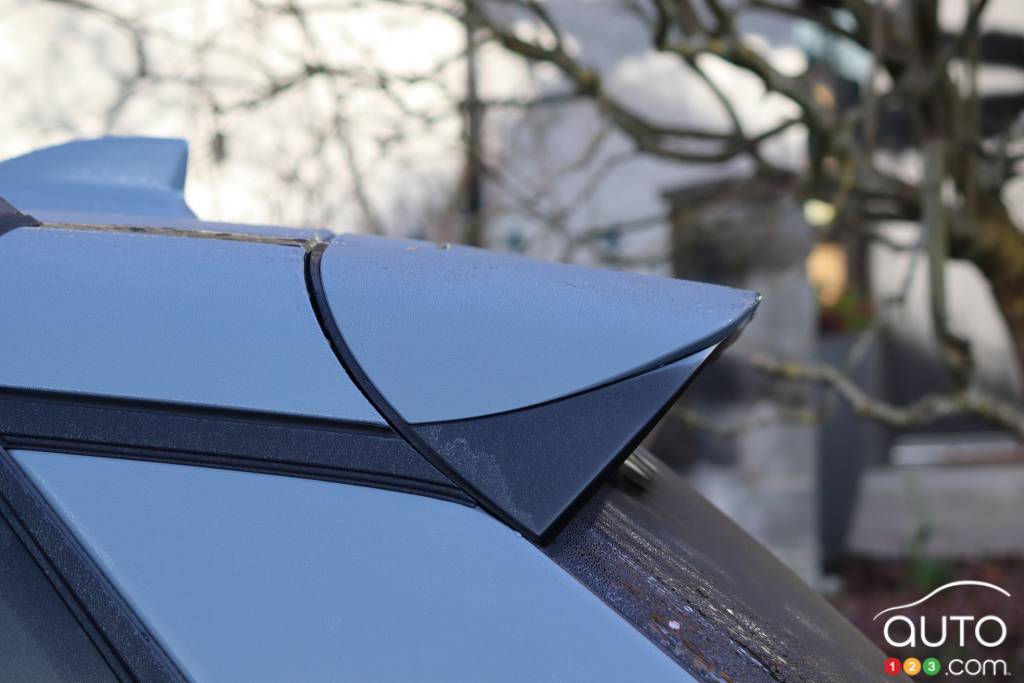 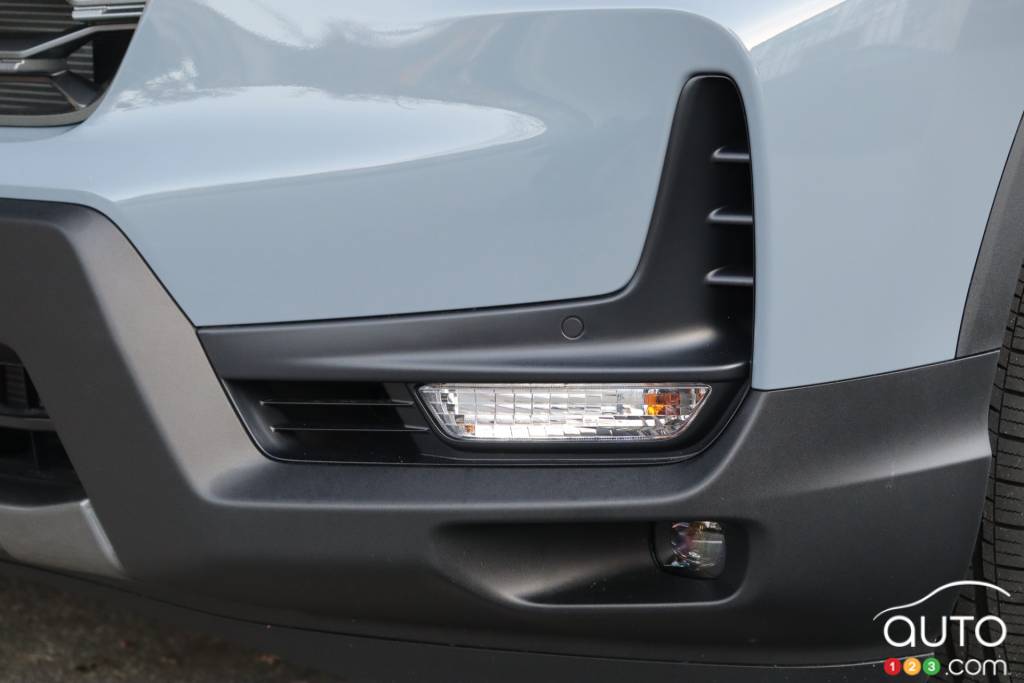