Infiniti, which has largely given the impression of running in place in recent years, has just unveiled an actual all-new product. It was no secret the Japanese luxury brand was working on the QX55 SUV, but now it has filled in the details.

Aesthetically, it's all a matter of taste, but let's just say that the front end, with its hyper-massive grille, might leave some scratching their heads. Yes, large front grilles are all the rage in the industry currently, but that doesn't mean it's necessarily beautiful. In the back, things are much rosier. And those who detect some connection with the brand’s FX model from the early 2000s get a medal. The roofline and back end of the QX55 are inspired by that pioneering luxury SUV that was all the rage nearly 20 years ago.

On board, the approach is pretty classic. Eyes are drawn right away to the two screens well-integrated in the centre console, a practice that actually runs counter to the trend towards floating screens seen in most new vehicle designs in recent years.  We tip our hats to this design, which frankly is much more pleasing to the eye. The centre console’s appearance is quite stylized with its contrasting line that runs from the instrument block to the armrest, a touch that adds class to the presentation. At least, we’ll take at face value the photos of the version presented tonight online.

Mechanically, Infiniti has placed under the hood of the QX55 its 2.0L 4-cylinder turbocharged engine with variable compression (268 hp and 280 lb-ft of torque), a unit that made its debut in January 2018 in the QX50. And when it debuted, Infiniti promised from it maximum power with minimum fuel consumption. While it has proved to be effective, its marriage to a continuously variable transmission is a wonky one that has drawn quite a bit of criticism from the likes of us. The CVT is back for this new QX55; we hope the improvements made to it will make the driving experience more enjoyable.

In terms of the equipment of each version, the rule to remember is that the Essential variant is the one that provides what you'd expect from a luxury vehicle. As an example, the basic version offers leatherette upholstery and a 6-speaker audio system. Upgrading to the Essential model brings leather seating and a Bose system with a more-respectable 16 speakers. This version also comes standard with navigation and adaptive cruise control.

To enjoy the ProPilot Assist system and head-up display, look to the top of the trim ladder. There's also natural maple wood trim with an open port, as well as a tailgate that opens with the movement of a foot.

For the rest, we'll have to see when we can get our hands on the model. The company hasn’t really reinvented anything here, this at a time when it could use a serious boost in its fortunes. Perhaps this product will serve as a transition between the current set of vehicles carrying the Infiniti badge and the next one, which could well be at least partially electrified.

The QX55 will make its commercial debut in the spring of 2021. Pricing and ratings will be announced as launch date approaches. 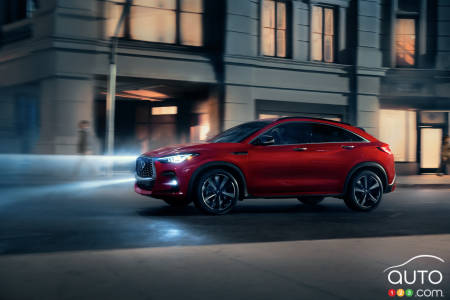 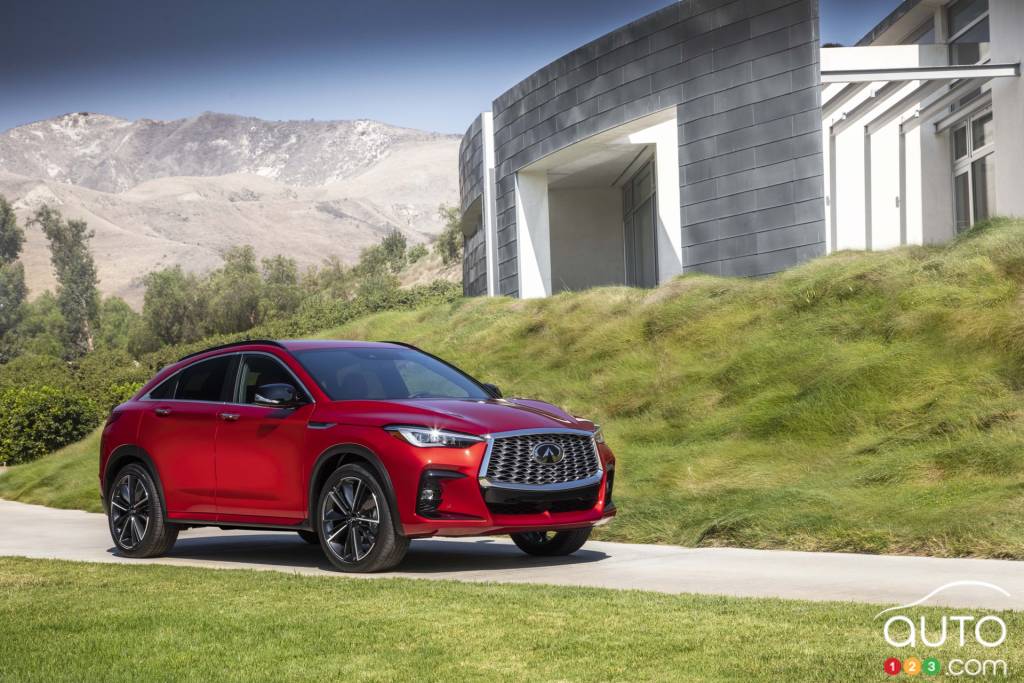 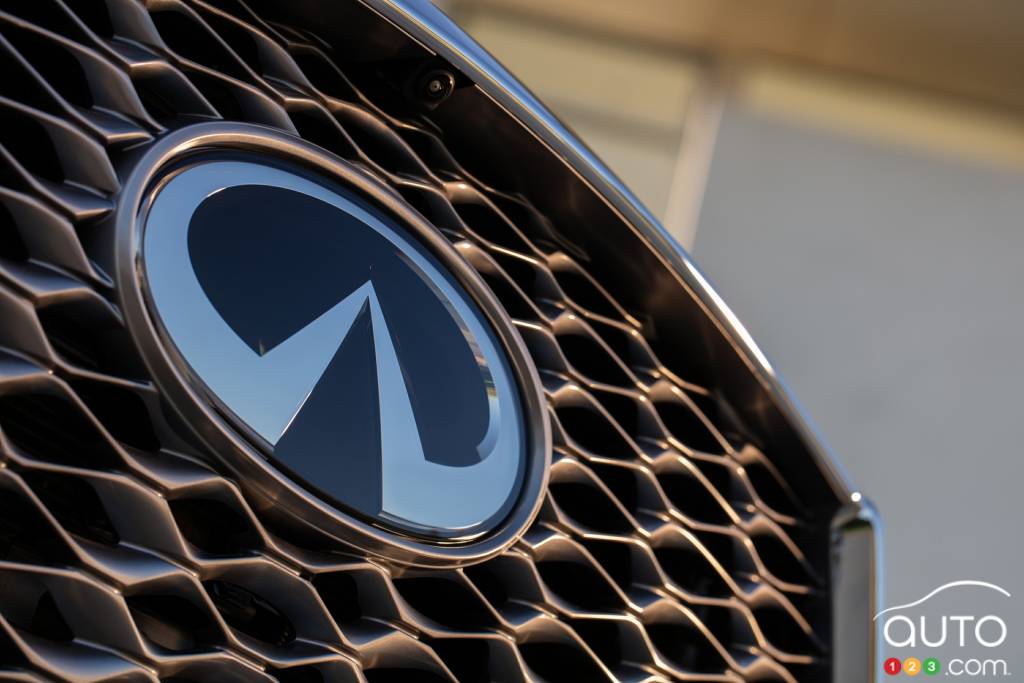 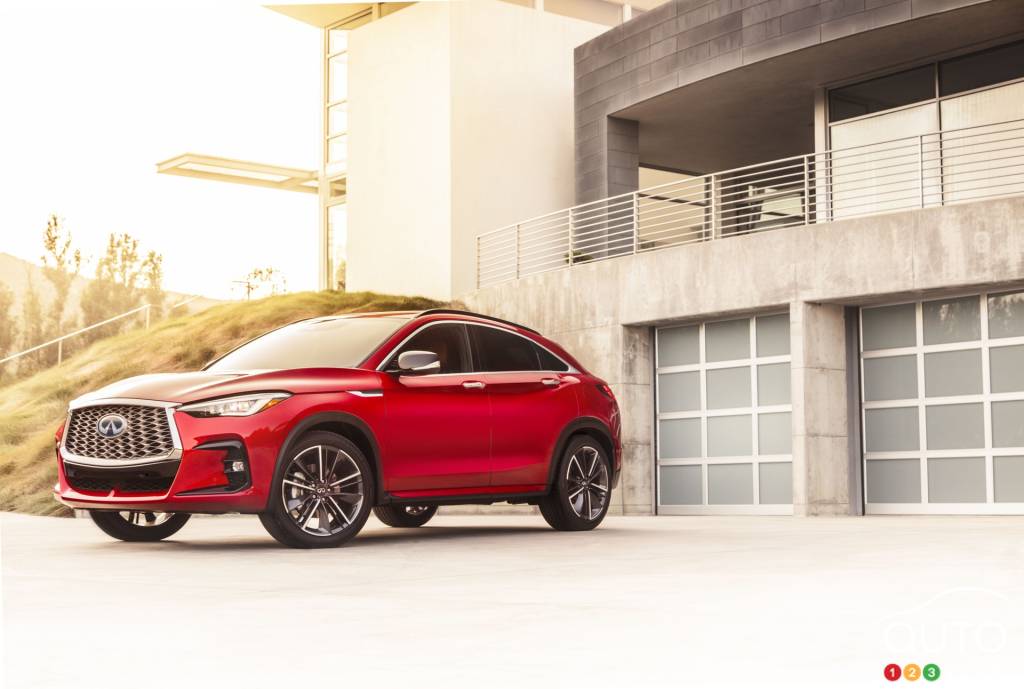 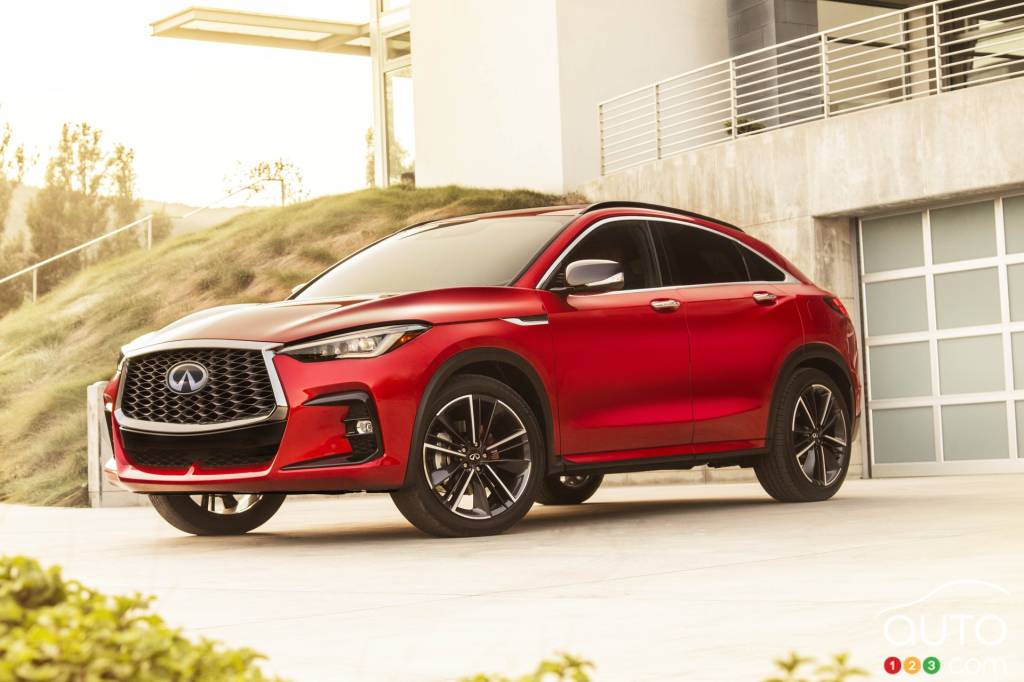 The 2022 Infiniti QX60 is the new and improved edition of a three-row SUV that has remained popular in Canada, despite it being a clearly aging model. Here's...