Although it remained popular in Canada, the automaker needed to give its three-row SUV a thorough overhaul Automotive columnist: Vincent Aubé , Updated: 2021-12-17

Picton, ON - In an ideal world where there are no huge development costs and infinite resources, a complete model renewal would occur every five or six years, or even more often. Some models do follow this demanding schedule, but in other cases, like the Infiniti QX60, the long-awaited redesign can wait and wait.

The first units of the Infiniti JX35 arrived in our market in 2012 as a 2013 model; the three-row crossover played third fiddle behind the two other SUVs in the Infiniti lineup. Some derided the JX - eventually to be renamed the QX60 - as a marshmallow on the road, referring both to the behavior of the spongy suspension and the elasticity of the CVT. We kind of have to say they were right.

It's true that compared to the brand's two other utility models at the time - you remember the EX35 and FX37, don't you? -The JX35/QX50 almost looked like a minivan minus the sliding rear doors. However, this criticism betrayed a misunderstanding of what consumers wanted. They quickly adopted the Infiniti, QX60, which was in essence a more luxurious cousin of the Nissan Pathfinder. So much so, in fact, that the QX60 is Infiniti's best-selling model, accounting for 35 percent of sales in Canada.

Needless to say, this first complete redesign is important to the brand. I got to drive the new model for a few hours in the Picton area of Ontario. Here's what I learned from this first contact.

A sleeker silhouette
Compared to the outgoing model, the new QX60 abandons the curves in the sheet metal and the windows in favor of a theme closer to the brand's origins. As we've already seen with the QX50 and even more so with the QX55, the focus is no longer on grabbing attention at all costs. The 2022 QX60 is more self-effacing with its windows sitting on a horizontal beltline. Also, as is increasingly standard in the industry, the last pillar on the sides is darkened, so as to "detach" the roof from the body.

The two ends of the crossover are also tweaked, so you get a familiar, but more imposing grille with slimmed down headlights and origami-inspired details inside them. Infiniti, like Nissan with the Pathfinder, proudly displays its letters, whether at the base of the front grille, in the middle of the tailgate at the back and even inside the side sills. Frankly, the QX60 2.0 should age better over the years than its predecessor.

The only downside to the exterior, for authentic design enthusiasts anyways, is that the chrome faux exhaust pipes from before remain in place. The real pipes are under the vehicle. On the other hand, the new, simpler arrangement will be less expensive to replace in several years.

A different interior than the Pathfinder
On first glance at the interior, it's clear the 2021-era atmosphere of the outgoing edition is gone, replaced by a decidedly more inviting space. The dashboard, with that centre strip that runs across from left to right, also houses the ventilation nozzles, while the centre touchscreen, though dropped over the leather-covered panel, doesn't seem to obstruct vision like we see elsewhere in the industry.

The centre console, with its piano black surface, is covered with a multitude of haptic buttons that are, well, fun to use, with each press of the fingers accompanied by a slight vibration. Fortunately, there are still a few physical buttons, knobs or levers here and there, a solution that may be less "design", but oh so much more intuitive.

Behind the steering wheel, the QX60 - with the exception of the Pure base model - has a new digital display that delivers maximum information to whoever is holding the wheel, which is also part of the Pathfinder's option list. Up front, the zero-gravity seats can also be accompanied by some massage functions, but as with most of these systems, you get tired of the artificial pressure pretty quickly. It's true that it's relaxing, especially with the heating system as a bonus, but nothing beats a real massage... from a massage therapist!

In back, the space is quite similar to that of the model sold until 2020. Second-row passengers get a fairly plush bench seat that can slide forward or even tilt with the help of a handy little button on the sides of its base. The goal here is to give a little more room to the occupants who have to sit in the third seat. Even so, only children or smaller adults will be comfortable sitting there.

At the wheel
One of the things that infuriated journalists about the first generation, including yours truly, was thecontinuously variable transmission that made acceleration painful and shrill. The good news is that this unit has been retired, in favor of a 9-speed automatic transmission. Which is only fair - the Pathfinder has gotten it too. It would have been inappropriate to keep the old transmission for the more luxurious model.

The naturally-aspirated 3.5L V6 is still there, but it's undergone a few custom modifications to improve performance and fuel economy. Like the Pathfinder tested earlier this summer, the 2022 QX60 can finally boast of delivering a modicum of driving pleasure. When the right foot sinks to the floor, the gears shift normally, with the 6-cylinder emitting a progressive sound. Infiniti did add paddles behind the steering wheel, a detail that should be reserved for Sport mode in my opinion, though even then, the gear changes are nothing like those of the legendary GT-R and its dual-clutch transmission.

Fortunately, the engineers didn't limit themselves to changing a gearbox. The new platform is stiffer and it shows in corners, thanks to a firmer suspension. The vehicle doesn't pitch as much when you push it a bit; in the previous model, this aspect of the vehicle was a bit dizzying. The new electric steering isn't as precise as the Z's, but you can feel an improvement in the connection with the road. Even the soundproofing has improved, with more insulating material, but also acoustic glass. All in all, the 2022 QX60 is a better choice than in the past for extended rides, at least as far as the driver is concerned.

The last word
Auto giant Nissan has lived through all sorts of travails the last few years, with the automaker even having to scale back its ambitions for the coming years. This is even more true for luxury brand Infiniti, which is still struggling to break into a niche as important as compact SUVs, for example.

The good news is that the most popular model in the lineup is finally renewed, and all indications are that fans or even those open to trying the brand will be delighted with this second generation. The ride is more inspiring, the interior is more inviting and the design is nobler, and should age well.

The vehicle isn't perfect - fuel economy if only slightly better, the third row is good for little ones only and navigating through the multiple menus of the infotainment system can be awkward - but the fact is that the new model will quickly make you forget its predecessor. What's more, the QX60 is less expensive than many of its direct competitors. 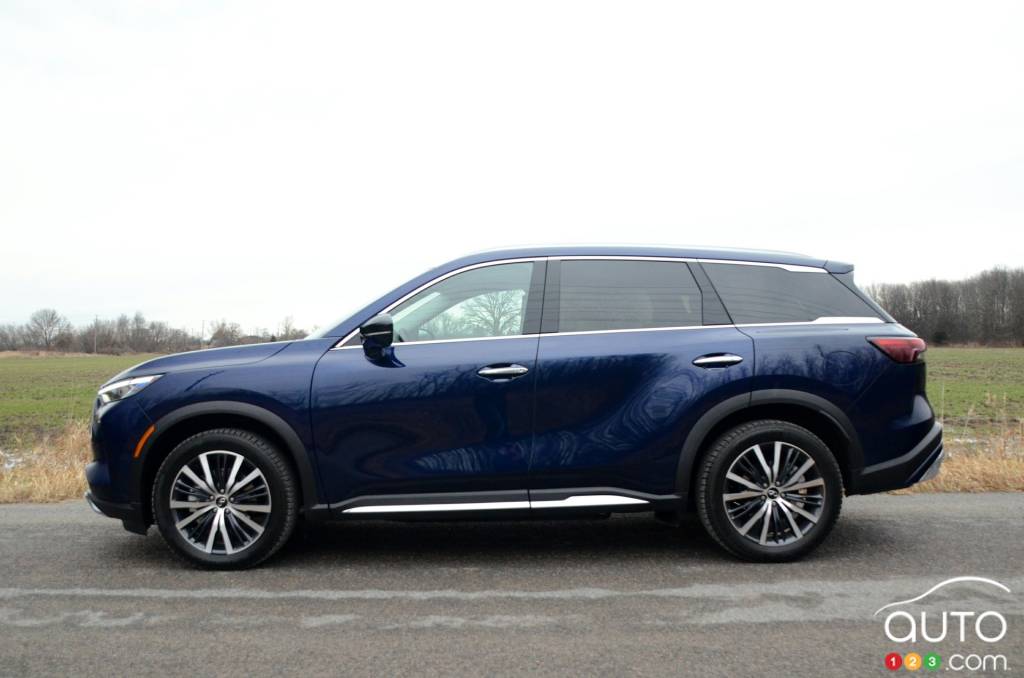 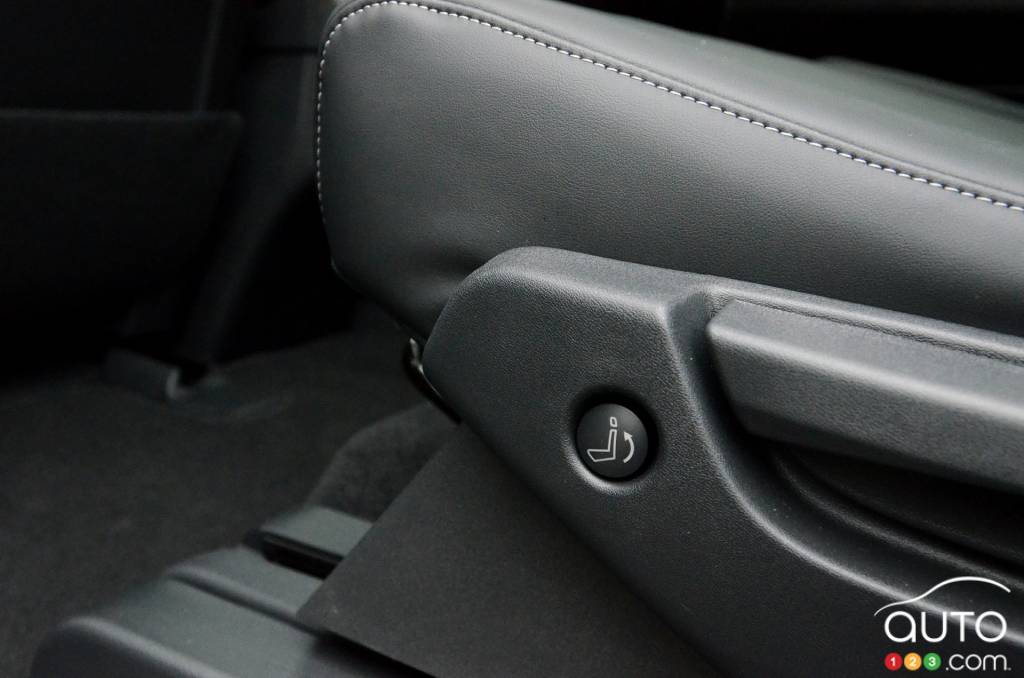 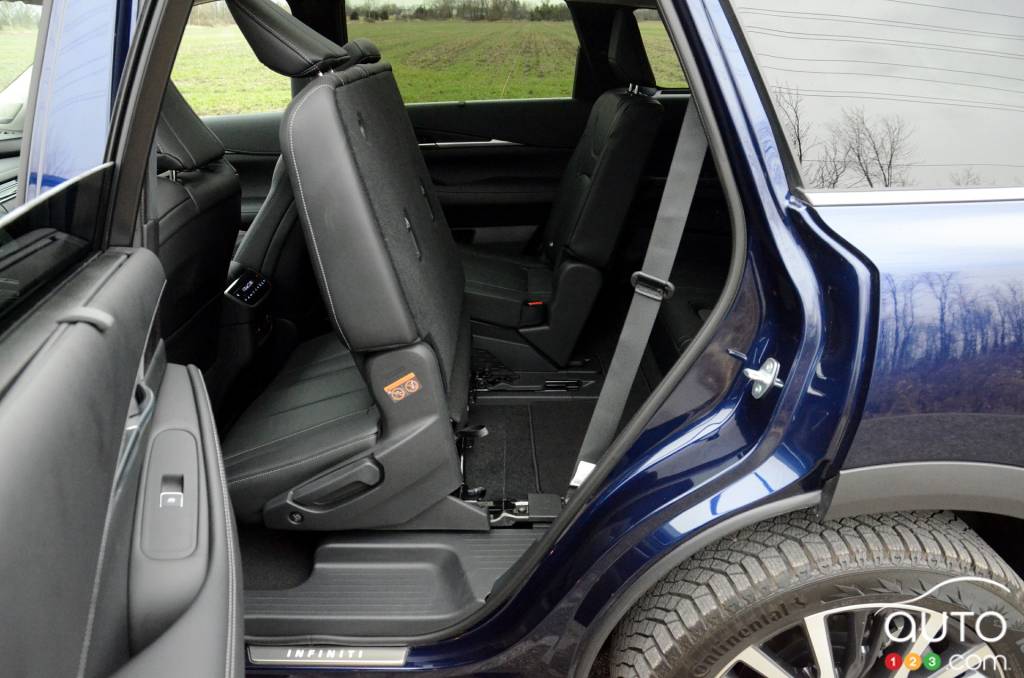 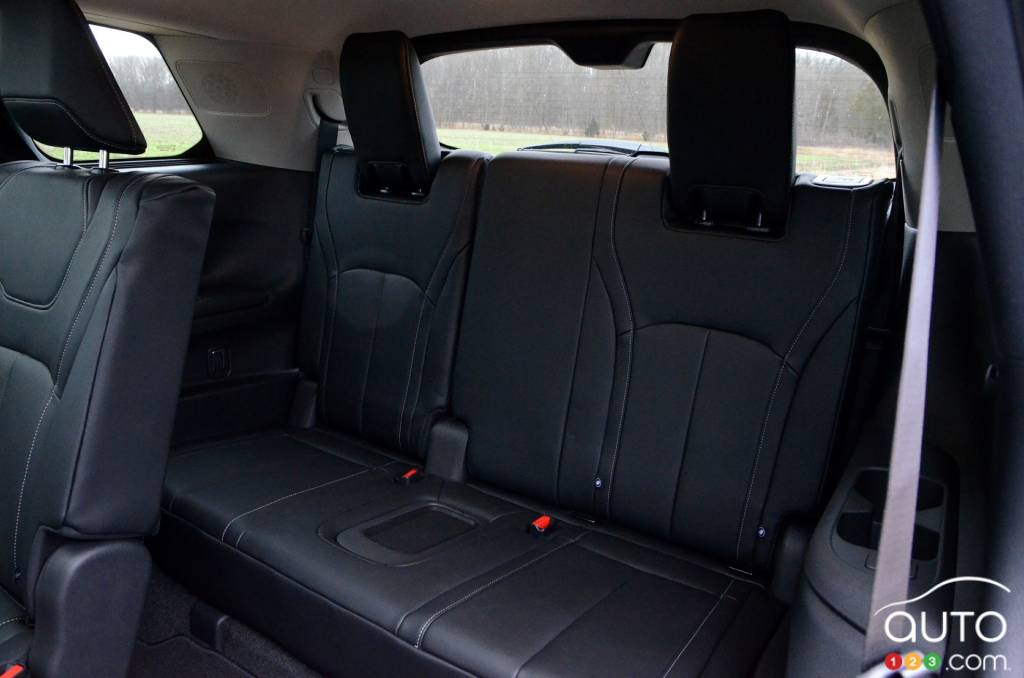 A 9-Speed Automatic Transmission for the 2022 Infiniti QX60

Infiniti announces its new 2022 QX60 will come with a 9-speed automatic. The fact that the transmission is introduced before the vehicle is tells us a lot ab...