The Mitsubishi Outlander is getting a big makeover for 2022, but we won't have to wait for the official presentation to know what the production version will look like. Images of it have started to make their way around online. Indeed, the next-generation model was spotted during a photo shoot, confirming the design we first saw in Geneva in 2019.

Mitsubishi quickly followed with their own first teaser image of the model.

In the first instance, an anonymous photographer took a few shots before sharing them with the Allcarnews website on Instagram. The quality and resolution of the photos are average, but there’s enough detail to confirm the link between the design of this new Outlander and the Engelberg Tourer concept unveiled at the 2019 Geneva Motor Show, meant to foreshadow the next Outlander.

What's striking is that the front and back seem to belong to different products. While the back is rather elegant, the face is frightening. It's busy and it's anything but harmonious. The Japanese origins are undeniable, however.

Mitsubishi did not accompany their teaser image with much in terms of deeper information, so we don't have any more details to share, especially with regards to what to expect from the model’s powertrain. Recall that the Tourer concept was equipped with a plug-in hybrid system similar to that found in the current Outlander PHEV, but with a 2.4L 4-cylinder engine instead of a 2.0L unit.

The electric range for the prototype was estimated to be about 65 km, which would be a substantial improvement over the 35 km of the current Outlander PHEV. And that would be the least the company could do on that front - elsewhere, the competition is offering between 60 and 80 km of range.

As for conventional gasoline engines, it's still a big unknown. Information dating back to early 2020 suggests that Nissan powertrains could be found in the Outlander's lineup. Remember that the company still holds a majority interest in Mitsubishi. In exchange, Mitsubishi would provide its plug-in hybrid technology to serve the Qashqai over at Nissan.

Much remains to be revealed, but for now, at least we now know what the production version of the Outlander will look like starting in 2022. Mitsubishi has confirmed it intends to present the model officially in February of 2021.

See also: 2020 Mitsubishi RVR Review: For the Freethinker in You 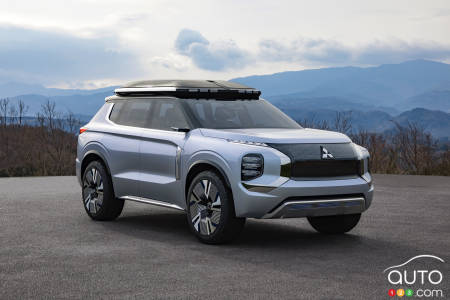 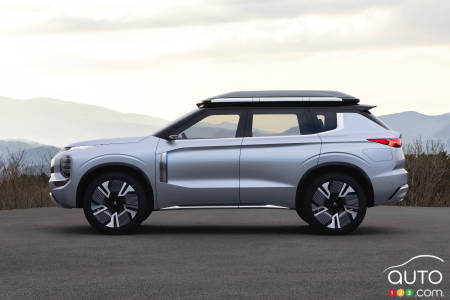