For the first time in many moons, the Mitsubishi Outlander SUV is getting a big makeover. The model has just been unveiled on the new Amazon Live platform - a novel way to launch a new product while our normal way of doing things in the trade remains anything but normal, thanks of course to the coronavirus.

Not that we were deprived of information regarding the next-gen Outlander. Bits and pieces have been filtering out since last summer, plus the obligatory spy images have given us a fairly good idea of what the model now looks like.

We also knew that this renewal was made possible in part thanks to the alliance between Renault, Nissan and the Mitsubishi group. The result is that the new Outlander coming to dealers soon has a bit of a Nissan taste to it, more specifically a Rogue taste, seeing as how the two SUVs share a structure, mechanics and several other elements.

Here are the relevant points then. We keep it short because in exactly six weeks I'll have the opportunity to get behind the wheel of the vehicle. At that time, it will be easier and more appropriate to delve more deeply into the next Outlander. 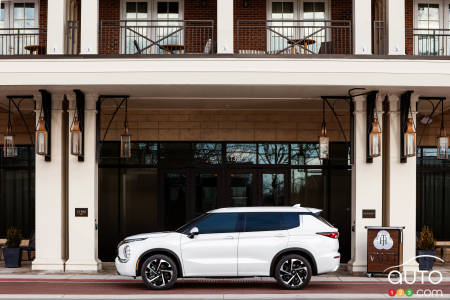 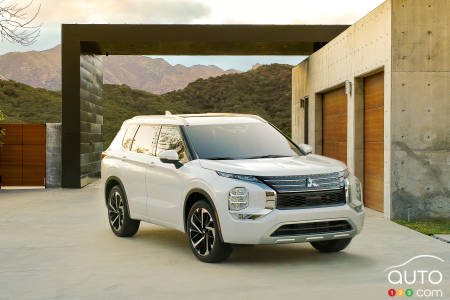 The design
This element is always a very subjective matter and I don't want to dwell on it too much, but looking at the Outlander's from the front, I don't know what to think. If you like it, good on you, but it strikes me it could have done with a more harmonious look. There’s a lot going on, and in fact the grille reminds me of nothing so much as a child’s mouth when their cheeks are being squeezed!

Fortunately, at the back, things are far rosier. At both ends, you can't accuse Mitsubishi of timidity, anyways. 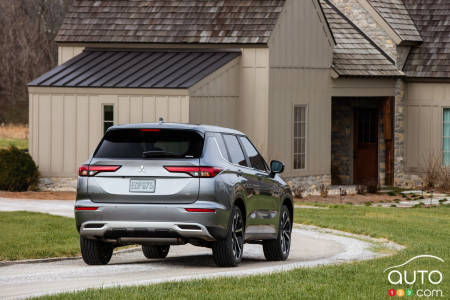 The mechanics
Unsurprisingly, we find the Rogue's 2.5L 4-cylinder engine under the hood, offering 181 hp and the same amount in lb-ft of maximum torque. It’s associated with a continuously variable transmission (CVT) able to simulate eight gears as well as Mitsubishi's able S-AWC (Super All-Wheel Control) all-wheel drive system. The latter includes a hydraulic clutch powered by an electric motor that controls torque distribution between the front and rear wheels.

Towing capacity for the model is set at 2,000 lb; some are already lamenting the absence of the V6 engine. Six drive modes are also available. We'll have the opportunity to come back to them when we drive the model. 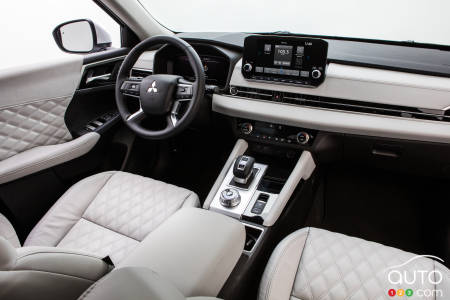 The cabin
Inside, progress in comparison with the outgoing model is evident and significant, but considering the age of that model, that in itself is not a major feat. Here too, Nissan's contribution is notable and welcome. There are some significant differences if you look at the overall layout (especially with the air vents), but a closer look reveals the same multimedia system screen and instrument cluster design, as well as common controls. This is not really a bad thing, just an observation.

Another example is Mitsubishi placing in the Outlander a 10.8-inch head-up display, the same size as the Rogue's. Considering the clarity of the Rogue’s display, that's good news. All in all, the marriage between the brands serves the small Japanese automaker very well, and even a quick glance at the interior confirms it.

The main difference between the models, in fact? The Outlander will still be available with a third row, unlike the Rogue.

Safety, connectivity and drive-assist systems are also prominent and plentiful. Again, we'll have the opportunity to revisit this on testing the model in early April.

Conclusion
All in all, this is an interesting first introduction to the new Outlander, once you get past the confused design at the front. The opportunity to come back to you with details about the plug-in hybrid variant will come a little later. That version remains a major asset for the brand. PHEVs are still today fairly rare in the segment, so that really helps it, and it will do so again with the new edition.

We'll talk to you again in early April following the model's road test. 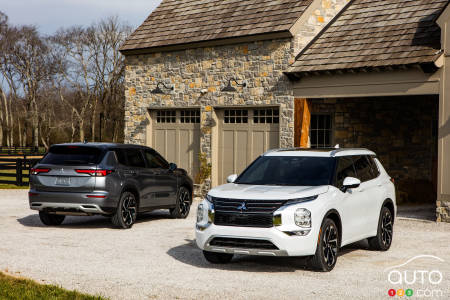 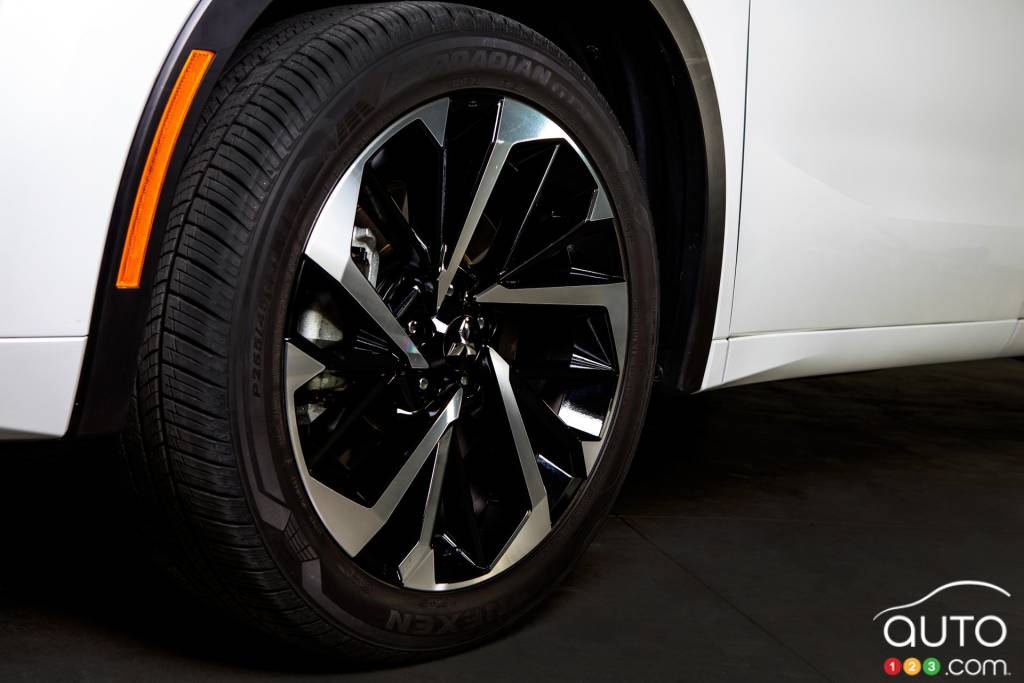 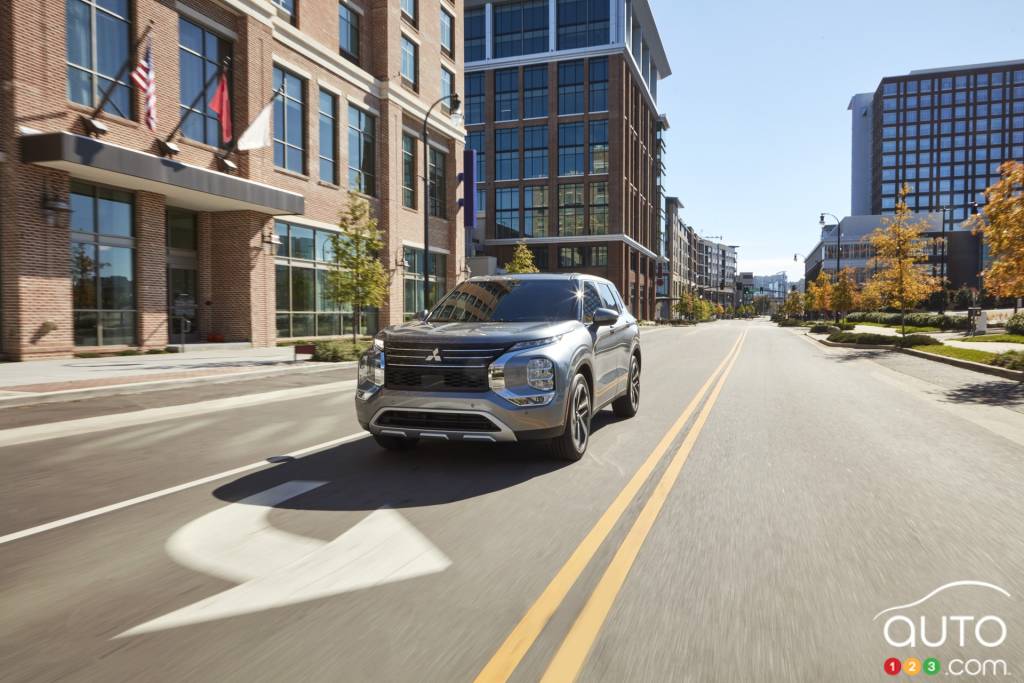 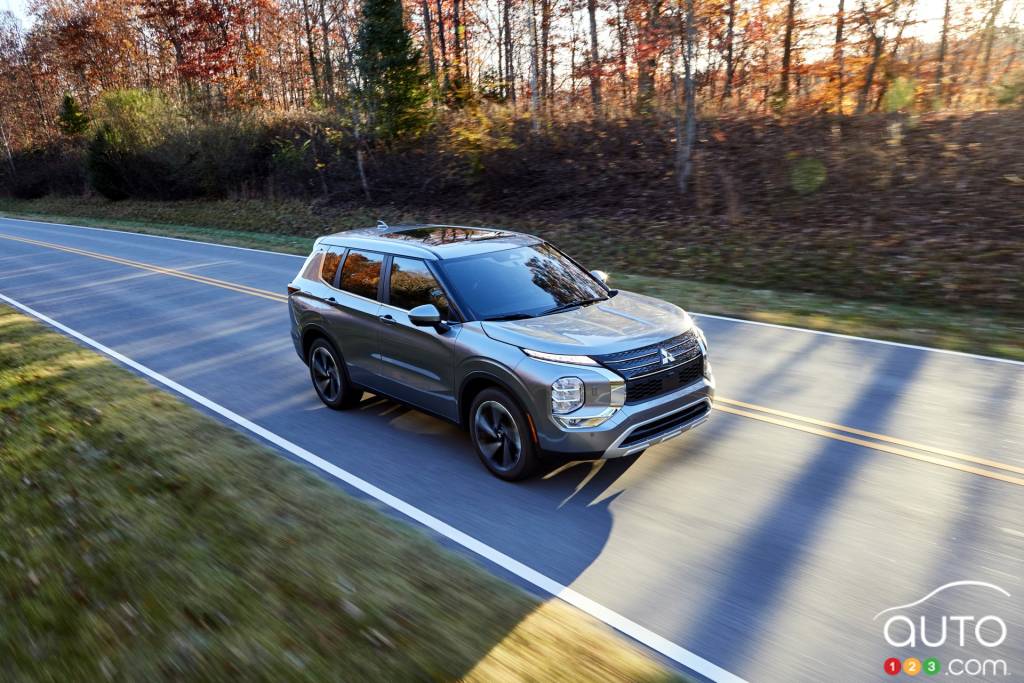 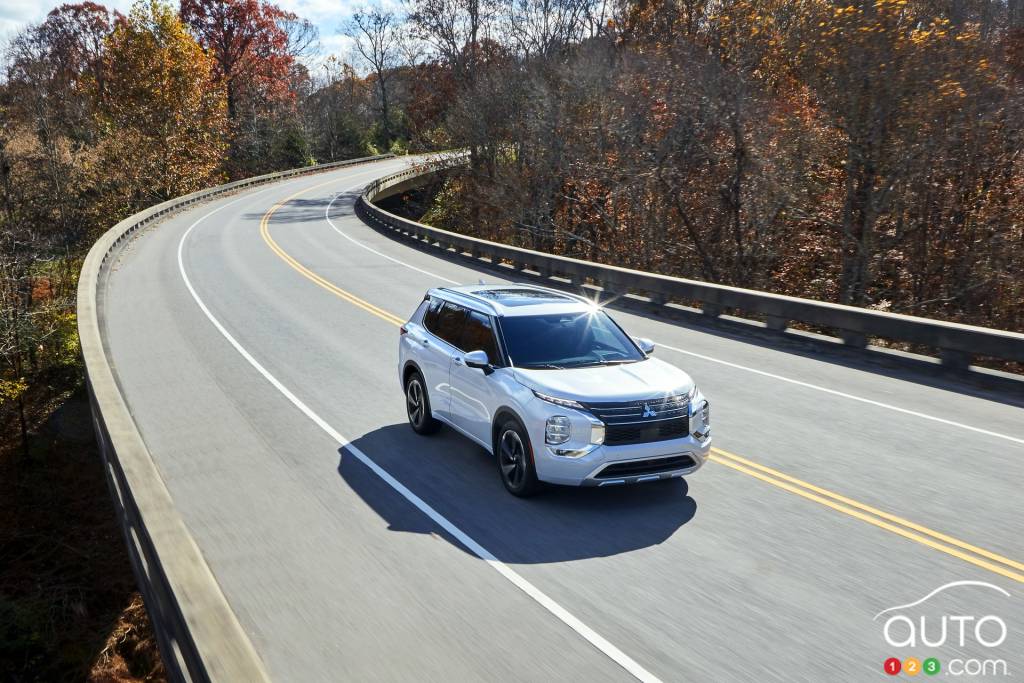