Chevrolet last renewed its Colorado pickup truck back in 2015. At that time, the model was making a comeback after a few years of absence. While expectations were not necessarily high, we were pleasantly surprised.

So much so that the entire mid-size pickup segment was revived. The segment has been booming ever since.

But the current Colorado model is getting old and we've been waiting with anticipation for the next generation to be unveiled. It's now done, as we know what the lineup will look like for the 2023 model-year. The design
The images show a new Colorado with a much more modern look, and one that's still in line with the larger Silverado. It's a success, especially in the case of the versions designed for off-road driving; the Colorado looks good. In particular, Chevrolet has announced a more harmonious lineup in terms of dimensions: one wheelbase, one cabin, a Colorado family that fits together.

The versions
The models will be fundamentally different, however. On the menu are the WT, LT, Z71, ZR2 and Trail Boss variants. With the last three, we note clean, very defined signatures. It's interesting to note that the model’s new chassis comes in three configurations; the regular one, for the WT, LT and Z71 versions, a second one raised by two inches for the Trail Boss model, and another one raised by three inches for the ZR2 version, the ultimate adventurer. The images also show us a ZR2 Desert Boss model with tires ready to climb some serious mountains.

In the case of the ZR2 version, the angle of attack is 38.3 degrees; it's 30.5 degrees at best with the other versions (Trail Boss). The mechanics
This is simple, as there’s but one powertrain. As rumors pointed to, it's the Silverado's 2.7L turbocharged 4-cylinder that migrates to the Colorado. However, its performance will not be identical across the lineup. Specifically, three configurations of that powertrain are offered. The first, in the WT and LT versions, offers 237 hp and 259 lb-ft of torque. It allows towing up to 3,500 lb.

With the Z71 and Trail Boss models, output climbs be pushed to 310 hp and 390 lb-ft of torque, and towing capacity reaches 7700 lb. This version of the engine is available as an option with the WT and LT models.

Finally, with the ZR2 variant, the same engine offers 310 hp and 430 lb-ft of torque. The maximum towing capacity will also be 7700 lb. The engine benefits from several improvements for 2023 to optimize its performance and level of refinement. These include a stiffer cylinder block and a 30-percent stiffer crankshaft to complement a fully forged lower section and materials used with diesel engines to provide more durability.

The new engine offers more power and torque than the three engines that still power the current generation. A second-generation 8-speed automatic transmission is paired with the new engine. It also features improvements designed to provide smoother transitions and quicker downshifts, all for a more comfortable and powerful feel. Chevrolet also promises that it excels at low speeds, especially in off-road driving.

Obviously, we can't wait to get behind the wheel of these variants, as we'll clearly have Colorados with distinct personalities to sink our teeth into. Note that driving modes also feature, as do a host of safety features, and multiple towing aids, including an under-car camera. Inside
On board, modernity rules, which does the model a world of good. The main criticism before was that its interior was outdated. Now, an 11.3-inch screen dominates the centre console on all versions. In front of the driver, a digital instrument cluster takes shape on an 8-inch screen with every model. All of this is highly customizable for an experience that matches owners’ needs and preferences.

Chevrolet also mentions that the Colorado's accessory catalog will be well-stocked. In fact, it doubles in size, which gives buyers even more customization options.

Production of the 2023 Colorado is set to begin in early 2023, which suggests a market launch in the spring of next year.

We'll be back with more information on the lineup, of course. The Colorado's cousin, the GMC Canyon, will also be presented in the next few months. 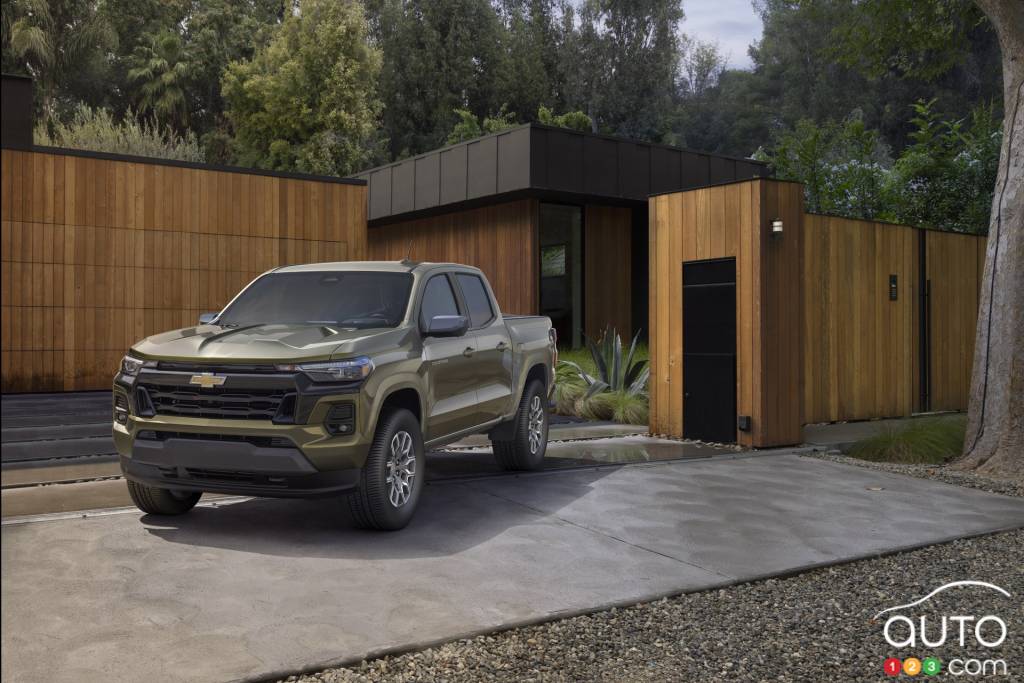 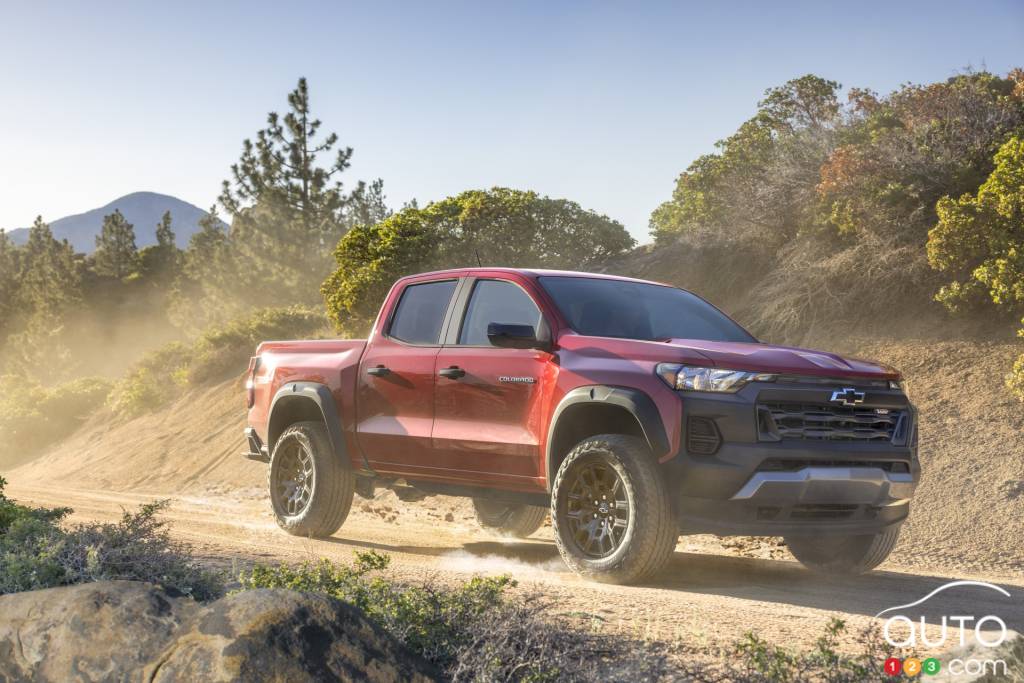 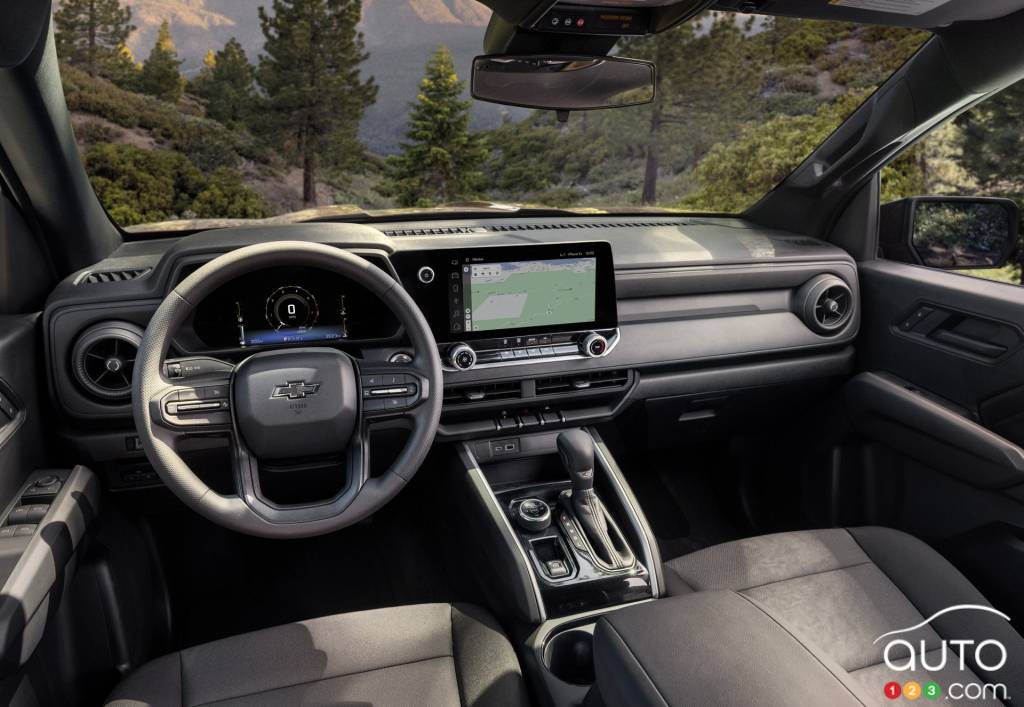 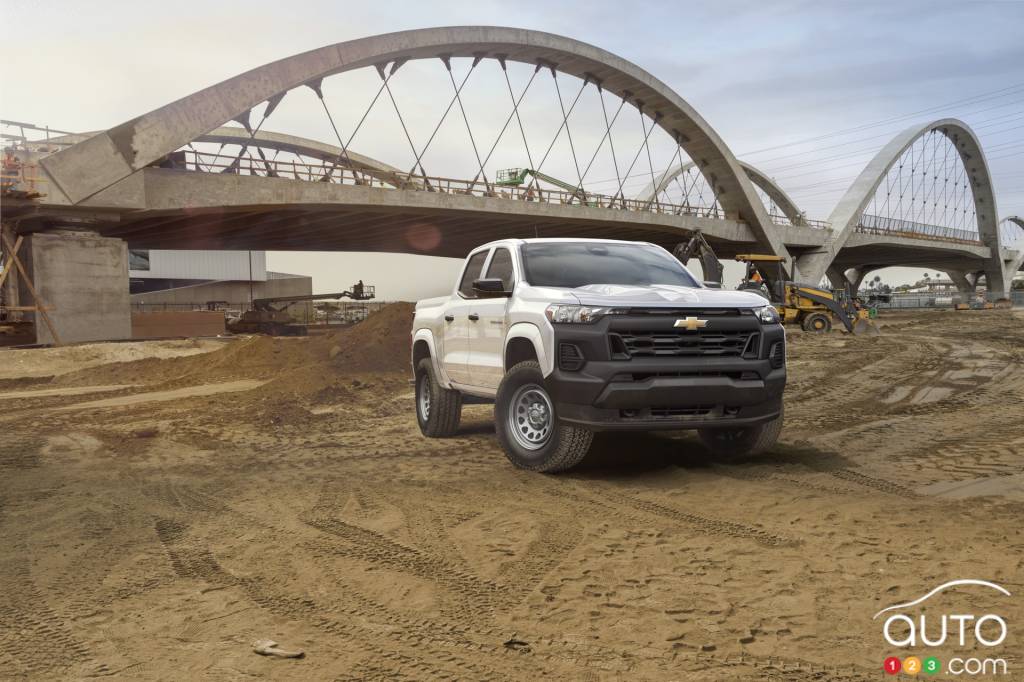 Chevy’s mid-size truck lineup is welcoming a new member with the introduction of the Colorado ZR2 Bison edition. This high-performance variant was created in...

Ford has given details for the Ford Maverick Tremor package coming for the 2023 model-year, and confirms it will start taking orders for it in September.

The Ford F-150 is celebrating its 75th anniversary and for the occasion, the automaker is offering a Heritage edition in 2023. Chief among the unique feature...