Chevrolet has finally presented the new generation of the Z06 version of its Corvette. It was no secret, but now we know that the variant becomes the most powerful in the history of the model.

First and foremost, the question that was on everyone's lips before the official unveiling: power. Well this Z06 will spit out 670 hp, thanks to a naturally aspirated 5.5L V8 engine with a flat surface crankshaft. In case you were wondering, this is the most powerful naturally aspirated V8 block ever installed in a production car. Even the Cadillac CT5-V Blackwing and its supercharged engine offers “only” 668 horsepower.

“The new Corvette Z06 defines the American supercar. It builds on the distinctive design and ground-breaking dynamics introduced with the mid-engine Corvette and elevates them to deliver refined but uncompromising track capability with world-class performance.”

This Corvette is wider, faster and louder, and it’s offered with several aerodynamic packages, ranging from one tailored for street driving to one that emphasizes performance for those who will be running their car on the track. The Corvette Z06 also features carbon-fibre wheels, carbon ceramic brakes and a completely redesigned chassis to bring pure performance to the forefront.

The car is expected to go into production in the summer of 2022. 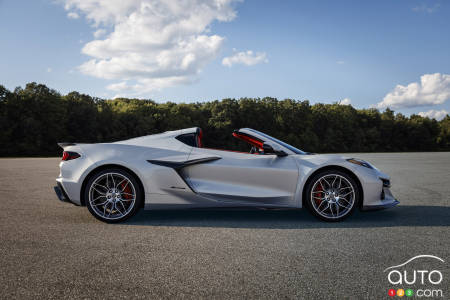 If there's one thing that “disappoints”, it's the 460 lb-ft of torque; enthusiasts were expecting a little more, especially since the CT5-V Blackwing's torque is more generous at 659 lb-ft. On the other hand, no other engine from the brand can run the tachometer to 8,600 RPM, which will be the norm with this Corvette Z06. In fact, the Z06's maximum power is reached at 8,400 RPM.

"More than horsepower, the new LT6 is designed to complement all aspects of the Z06’s track-focused performance experience,” explains Chevrolet. “From its 8,600-rpm redline and full racing-style dry-sump oiling system to meticulously tuned induction and exhaust systems, this engine exudes an entirely new and emotional character. The key to the LT6’s performance capability is a lightweight, low-inertia rotating assembly rooted in an all-new flat-plane crankshaft that, along with a comparatively short stroke (the distance each piston/connecting rod assembly travels with each rotation of the crankshaft), allows the engine to rev to its maximum range.”

Basically, this is an engine that makes power at high RPMs, but is designed specifically to operate at those speeds for long periods of time. On a racetrack, engines are expected to run much of the time at or near the top of their powerband. That's where the Z06's 8-speed dual-clutch transmission (enhanced) comes in. The more gears the engine has, the more exploitable the power curve. 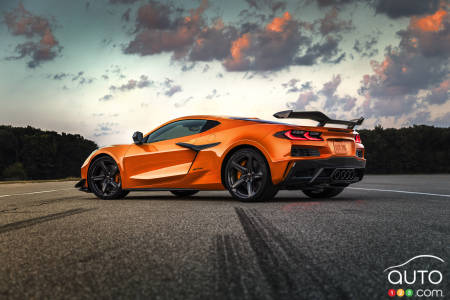 But that hand-built engine isn't everything. While the basic chassis and suspension architecture of the regular C8 is retained, many components have been strengthened or improved, including the Magnetic Ride adaptive suspension system. The brakes are larger, with 14.6-inch diameter rotors up front and 15 inches in the rear. The Z06's base Brembos units are equipped with 6-piston calipers, while the standard Stingray gets four.

The fenders are wider to accommodate larger rims and tires; we’ll find tires of size 275/30ZR20 at the front and 345/25ZR21 at the rear. The whole widens the car by a significant 3.6 inches. Michelin Pilot Sport 4S tires are standard, while Sport Cup 2 versions will be available with the Z07 package. The rest of the body was designed with similar functional improvements. Larger openings in the front fascia feed enhanced cooling systems for the engine and transmission, with some air also diverted to cool the brakes.

And for those who want to get the most out of their Z06 on the track, two aerodynamic packages are available. 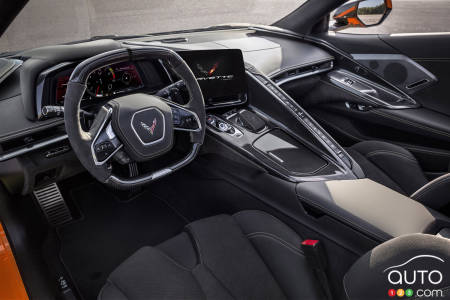 We could go on and on, but we’ll stop there. The bottom line is that we're getting the most powerful Corvette in history, and the engine is unique in its ability to sing at the top of the rev counter.

The basic version of the Corvette was already a tour de force. The Z06 version looks to take things to a whole other level. The handling promises to be exhilarating.

Pricing should be announced in the summer of 2022. 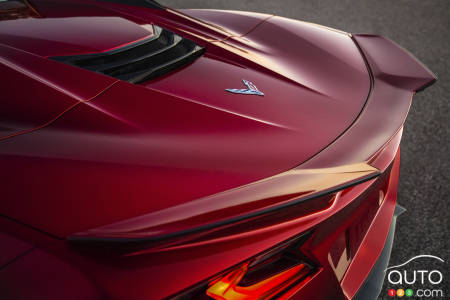 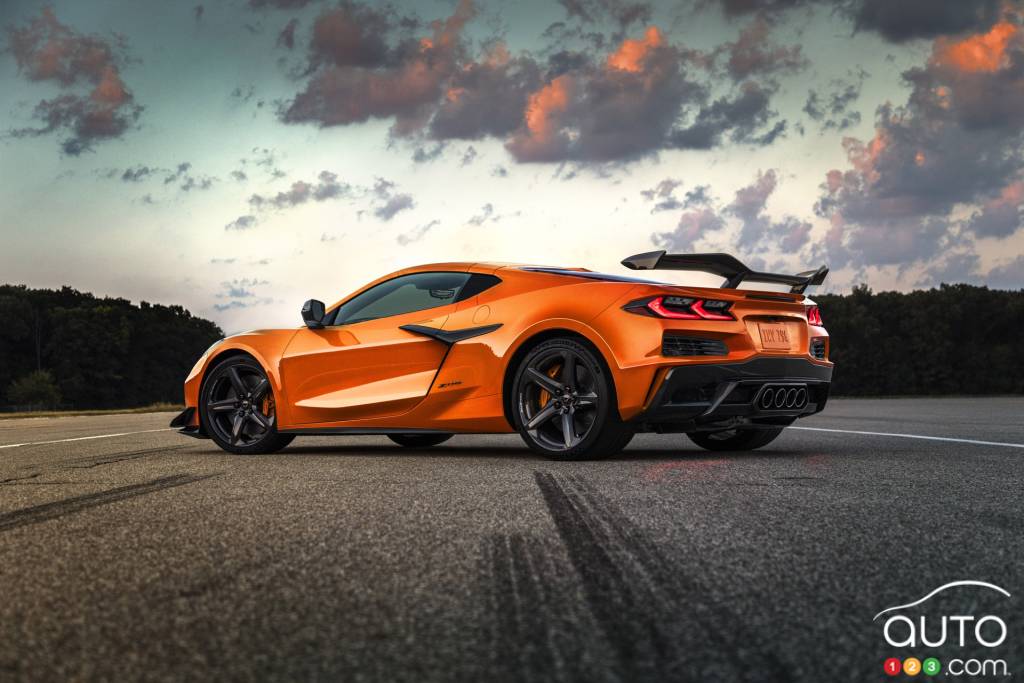 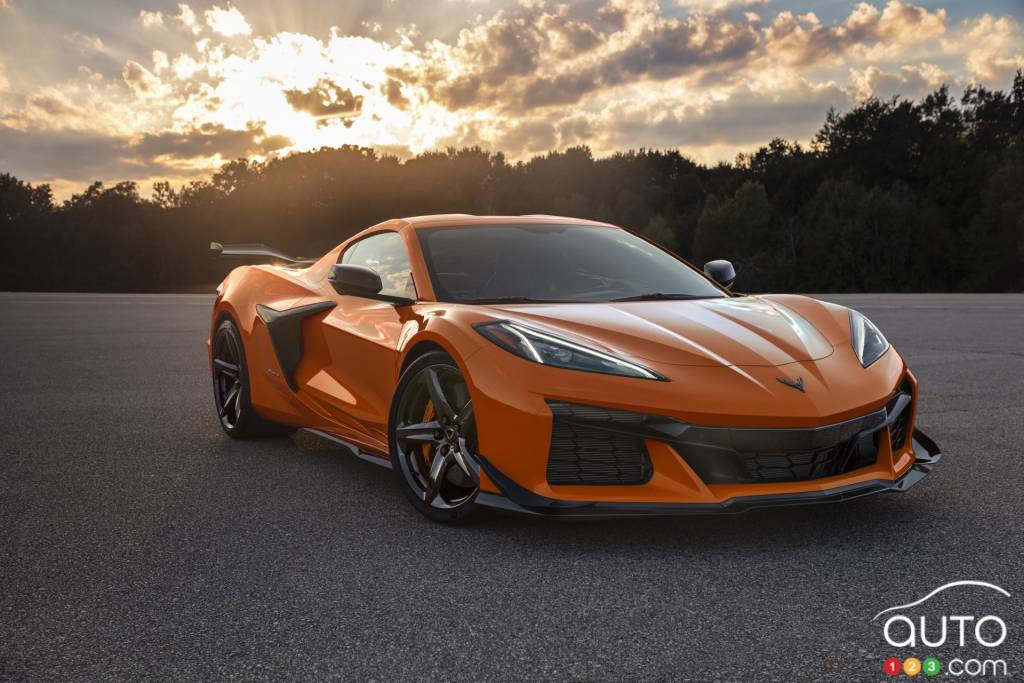 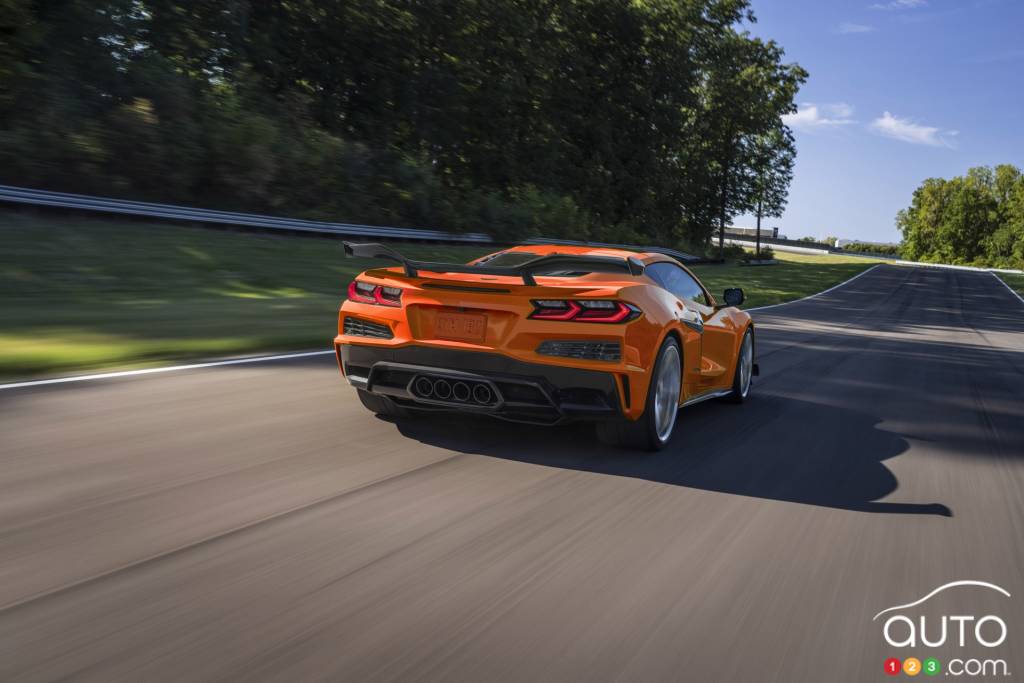 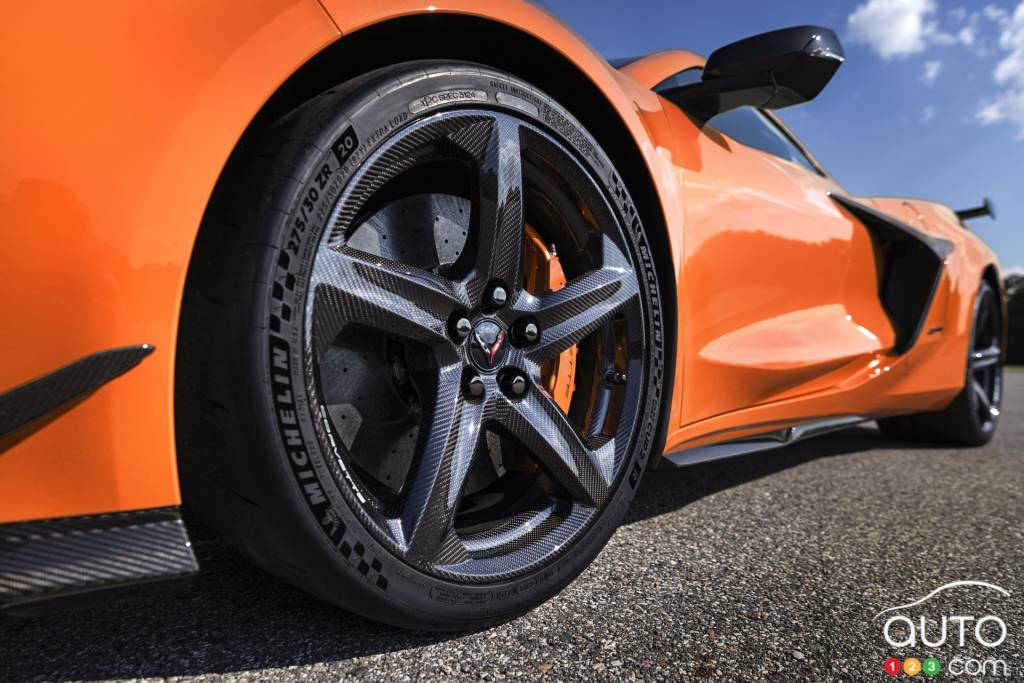