The arrival of a mid-engine Chevrolet Corvette caused quite a stir two years ago, and while the reaction was mostly positive, it still involved a major break with tradition. Not everyone was happy.

As has been widely speculated on, there’s another radical transformation coming to the Corvette in the next few years: electrification. The new news was confirmed this morning by General Motors (GM) boss Mark Reuss, who told the CNBC network that an electric Corvette is coming soon, after the launch of a hybrid version in 2023.

The electric Corvette will of course use GM's Ultium platform. As for the name of the model, E-Ray has already been suggested and it makes a lot of sense. We'll see. In the video shared with the announcement, we can guess that it’s a hybrid model in action, the big clue being that a V8 engine can be heard in the background. 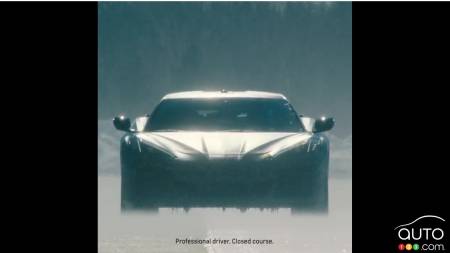 Chevrolet will have to deliver plenty of power and performance if it wants to attract buyers to either the hybrid or full-on electric Corvette. With a 670-hp Z06 version of the Corvette C8 Launching soon, we can expect even more with a hybrid and an electric version. The 1,000-horsepower figure has been circulating through the grapevine. We’ll see.

Another interesting detail in the video shared today is that the front wheels start turning before the rear ones, confirming the presence of all-wheel drive. We can expect that configuration for the hybrid and all-electric models.

Of course, we'll keep a close eye on it and get back to you with more details when GM provides them.

First electric SS model to be released by Chevrolet with ...

Chevrolet is going to give a second life to the SS letters that have always served some sporty variants of its models. This time, the famous letters will be ...