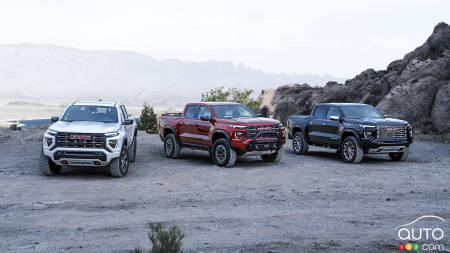 Chevrolet unveiled its Colorado pickup just two weeks ago, which meant of course that GMC was sure to follow suit in short order with its near-twin of that truck, the Canyon.

Maybe not near-twin anymore, though. For the past few years, General Motors’ truck brand has been making efforts to distinguish its models from those made by Chevrolet and re-mold its lineup into one that offers more defined styles. It is also translating into healthy sales results, which means the strategy is working.

That said, the GMC Canyon's structure is the same as the Colorado’s, as are its mechanics. For more details on those, you can check out our report on the unveiling of the 2023 Chevrolet Colorado. 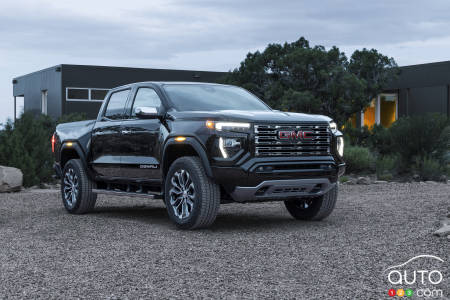 Here are the main features of this new generation of the GMC Canyon:

The versions
GMC is announcing four versions: Elevation, AT4, Denali and AT4X. The last of those is new for the new generation, and essentially it’s the GMC version of the Colorado ZR2, the ultimate off-roader in the Chevy lineup.

What seems to be missing at the moment are the base models. Usually, GMC offers SLE and SLT variants. What leads us to believe those are missing is that the technical file we were provided about the model talks about “preliminary” model specifications. There, only one version of the 2.7L turbocharged 4-cylinder engine is mentioned, which is the most powerful (310 hp and 430 lb-ft of torque). With the Chevrolet Colorado, however, less-powerful versions are available in the base model. An 8-speed automatic transmission is paired with this turbo engine, by the way.

One thing to keep in mind about this Colorado lineup is that it could be joined by other players when the model makes its debut in the spring of 2023 (production is scheduled to begin early next year). 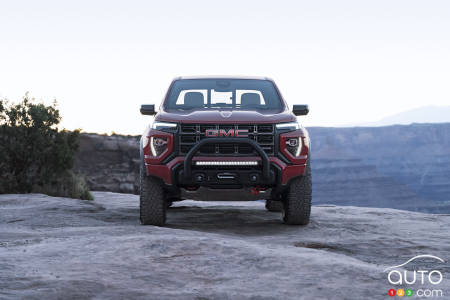 Style
As for the styling of each model, there are distinctions from one to the other, notably with specific signatures: abundant chrome with the Denali versions, black with the Elevation, extreme off-road styling with the AT4 and AT4X variants. GMC put a lot of emphasis on the latter in its press release, as it's the star of the range.

AT4X
This one comes at the top of the hierarchy and is fully equipped with, for example, a head-up display, premium audio system, 10 cameras including one under the vehicle, wireless access to Apple CarPlay and Android Auto apps - in short, the whole package.

There’s more. The model gets 33-inch wheels thought for off-roading, Multimatic shocks and differentials that can be locked, as well as a Baja driving mode specifically set for high-speed off-roading. And at low speeds, you'll be able to tackle the most hostile terrain thanks to a 36.9-degree angle of attack in the front. 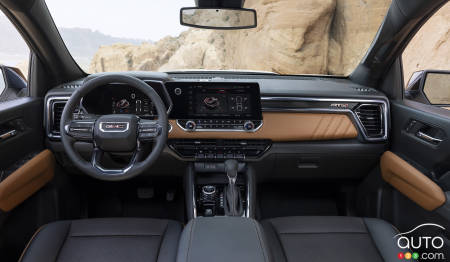 Still more...
Inside, each model will also be distinct. Obviously, the higher up the ladder you go, the more equipment you'll find. The multimedia system screen, for example, is 8 inches diagonally with the Elevation and AT4 models, and 11 inches with the Denali and AT4X models. Also note the introduction of a waterproof storage compartment in the box, standard on all models except the Elevation version.

Also, like the Chevrolet Colorado, the lineup is simplified with a cab (crew) and box (short) configuration.

For the rest we’ll know a lot more once we get behind the wheel of the new GMC Canyon. Also to watch out for is the possible arrival of more stripped-down variants with less powerful versions of the 2.7L turbo 4-cylinder. 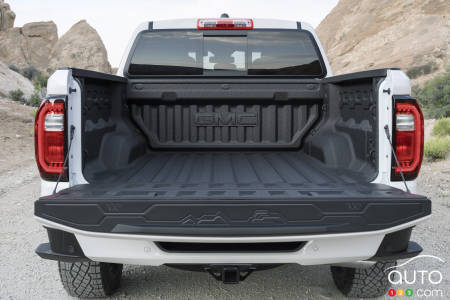 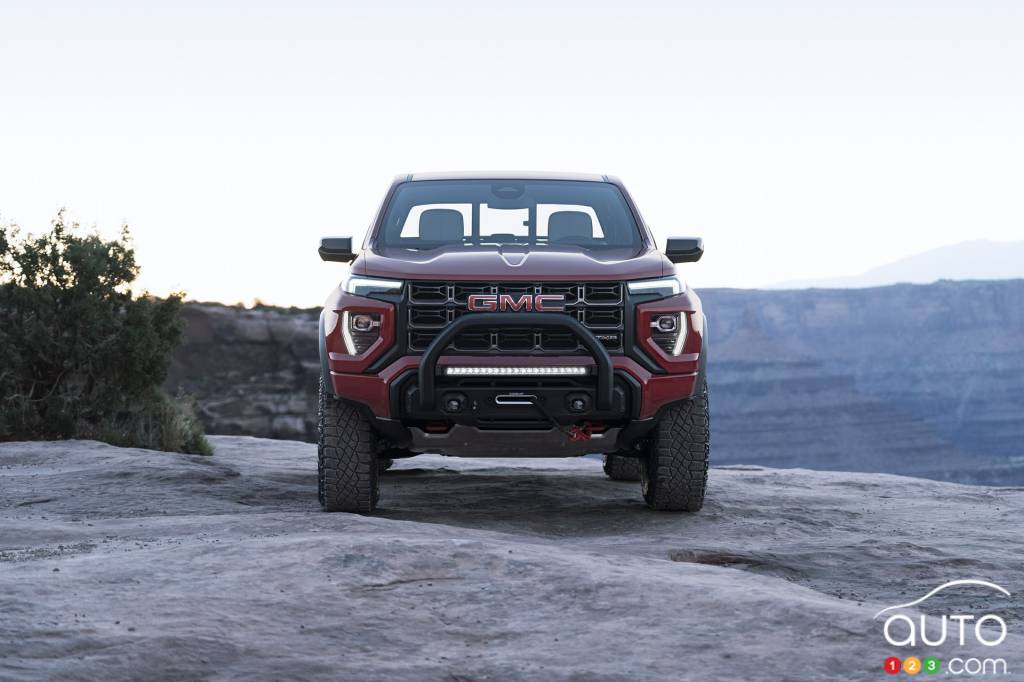 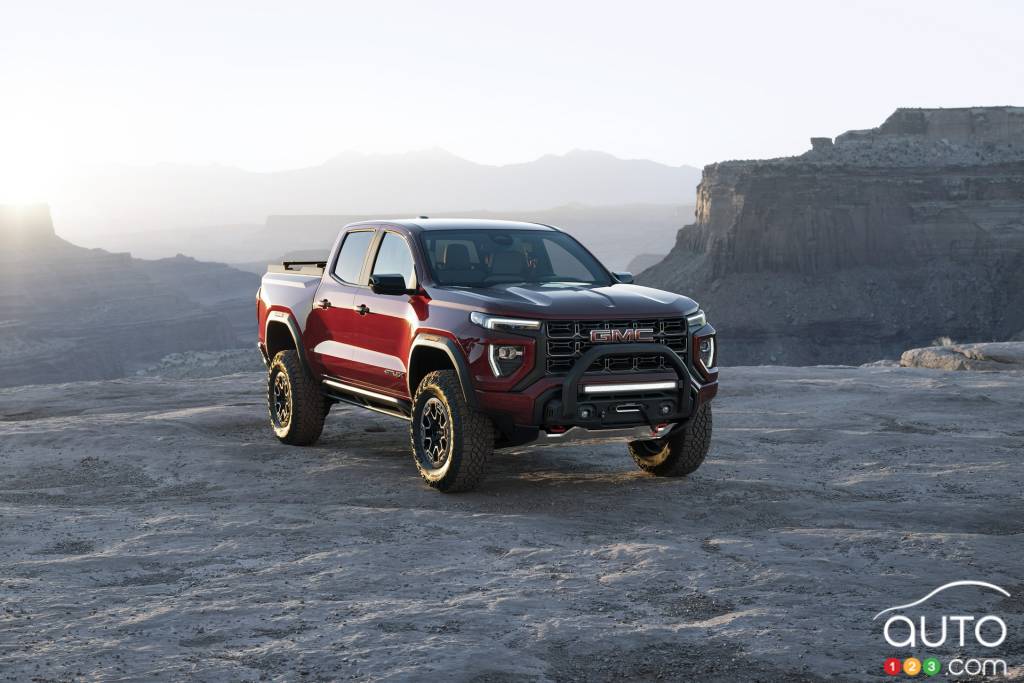 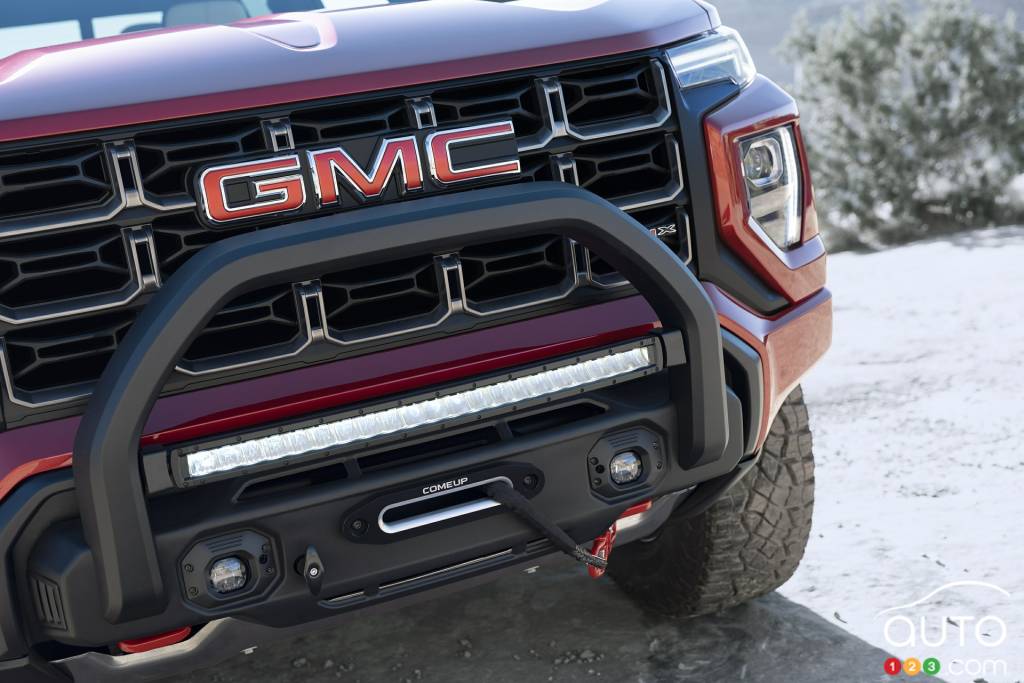 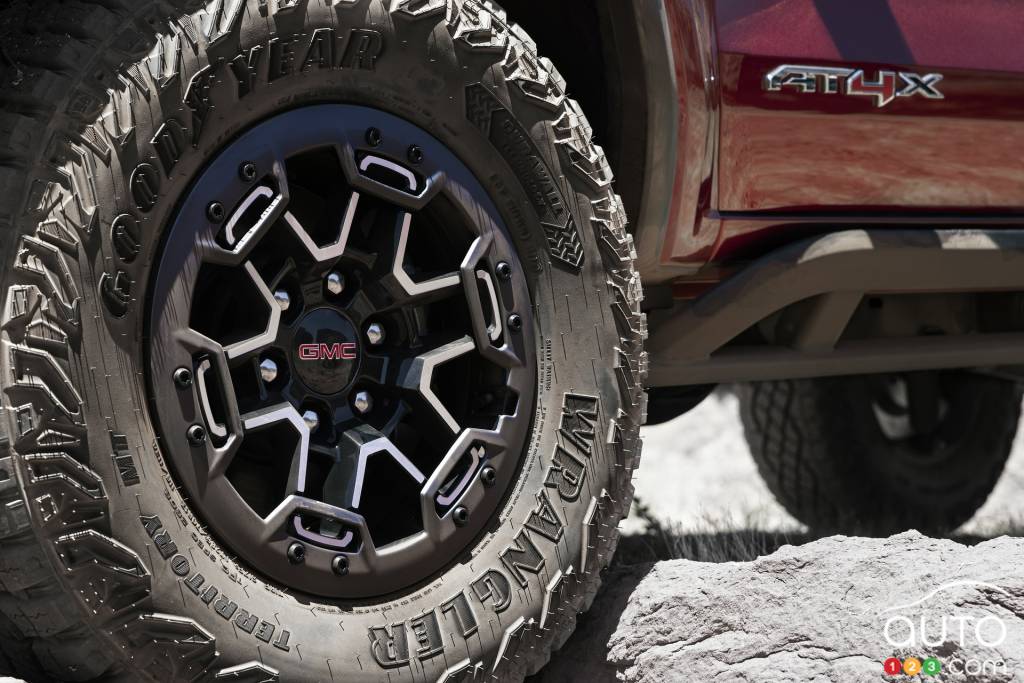 GMC Will Introduce a Redesigned 2022 Sierra on October 21st

GMC will introduce its refreshed 2022 Sierra truck officially on October 21st. The pickup is getting a cosmetic update, but the model range will also welcome...