To earn the highest rating of Top Safety Pick+ from the Insurance Institute for Highway Safety (IIHS), a vehicle must successfully pass a series of crash tests put to it by the American organization. But it must also pass tests regarding its headlights. In the case of the 2018 Hyundai Kona, the model actually failed that test, depriving it of the highest possible IIHS rating despite acing all the crash tests.

The problem, the IIHS determined, was that the existing LED projectors available on the Kona were too blinding for drivers of oncoming vehicles.

Hyundai resolved the issue by modifying the projectors by reducing their blinding effect. These LED lights are available on the Kona’s Limited and Ultimate versions.

All Konas built prior to June 2018 are equipped with the older headlights. As for the halogen lights fitted on the base trims of the model, they also earned a fail from the IIHS for failing to provide drivers with sufficient lighting

As we write this, the Mazda CX-5 and the Hyundai Kona are the only two models to have earned the IIHS’ highest safety rating. More than a dozen competing models have gotten a ranking one level below these two vehicles because of their less-effective headlights.

Check out our detailed specifications of the 2018 Hyundai Kona, our first drive review and of course our detailed full-on review! We're all keeping our eye out as well for the upcoming Hyundai Kona electric. 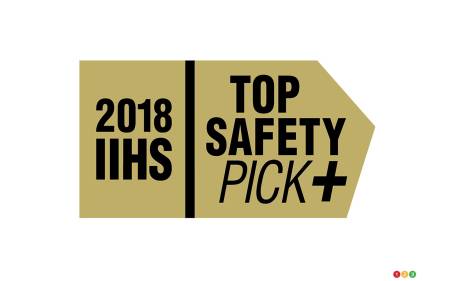 The redesigned, 4th-gen new 2019 Hyundai Santa is off on the right foot, having just been given the Insurance Institute for Highway Safety (IIHS)’s best rati...

The range of the Hyundai Kona Electric has just been announced. At 415 km on a full charge, it surpasses the Chevrolet Bolt. The small SUV, expected to go t...