Vancouver, British Columbia. South Korean automaker Hyundai is late to the game in the subcompact crossover category, one of the most active segments in the industry in recent years – but it’s there now. Its new 2018 Kona could well shake things up in a hurry.

According to the public relations folks at Hyundai, interest in the model is so intense that it is the most visited model on Hyundai Canada’s official website, ahead of big guns like the Santa Fe and Elantra. The new 2018 Kona is already available to consumers, so we couldn’t wait to get inside it and see for ourselves if the newest Hyundai has what it takes to seduce the younger demographic it’s aimed at.

Looks aren’t everything… but it helps
One thing’s for sure: the design of the Kona clearly aims to differentiate it from the pack, what with its wings dominated by black plastic (which extends to the front end) and that front end’s three rows of lights - a design element first attempted on the Nissan Juke a few years back. As with that model, the top lights are the daytime running lights; beneath it are the headlights, and at the bottom are the anti-fog lights. Also notable is the new front grille, previously seen on other recent models of the brand and above which sits a false air intake.

Another detail that’s hard to miss concerns the C pillar, a plastic insert that gives the silhouette of the Kona a nice little added touch. In the back, the position lights are thin in the style of those found on the Tucson, while lower down, black plastic wings surround the rear lamps, just as they do in the front.

Like a number of its competitors, the Hyundai Kona is available in a number of striking colour schemes, none more in your face than the acid yellow. Want to stand out on the road?

The 2018 Hyundai Kona arrives on the market in five trims (Preferred, Essential, Luxury, Trend and Ultimate). The latter two come with a 1.6L 4-cylinder turbo engine and all-wheel drive. The other three make do with a 2.0L 4-cylinder naturally aspirated engine, to which, for the first two versions, buyers can add all-wheel drive as an option.

Inside
Once you climb inside the Kona, the first thing you notice is the very user-friendly dashboard, the prominent feature of which is the 7-inch central screen. Hats off to the designers for including a number of good-sized buttons on either side of it, making everything easier to use. In the higher trims you also get a head-up display; the translucent screen can be activated by the push of a button. But unlike in the Mazda CX-3, this screen is sealed under a plastic panel when not in use.

Good news, the Kona’s steering wheel is pleasant to hold, a subtle sign that the manufacturer is paying attention to the driving experience. Between the front-row passengers, the console groups together the gear shifter, the commands for the heated seats and drive modes, even a wireless charging for smartphones equipped with this technology. To that end, Hyundai has also included two traditional charging ports, an auxiliary input and a USB port. This SUV definitely knows the connectivity needs of its target buyers!

After waiting for a good hour in the Kona for a ferry that was to take me to Vancouver Island, I was in a position to confirm the comfort levels of the front seats. In the back, space is unsurprisingly less generous and the bench less body-hugging, but that’s pretty much an unavoidable reality for all small urban SUVs. The same can be said about the trunk; like others in its segment, available cargo space is not exactly impressive.

Two powertrain choices
With the exception of two FCA models – the Jeep Renegade and the Fiat 500X –, the 2018 Hyundai Kona 2018 is the only entrant in its segment to offer buyers a choice of mechanics. The default engine is a 2.0L 4-cylinder offering 147 hp and 132 lb-ft of torque, which in terms of numbers aligns it pretty closely with most engines on offer in the category. It works with a 6-speed automatic transmission with manual mode accessed via the gear knob. The bottom two trims come standard with front-wheel drive, but Hyundai does offer an available all-wheel drive as an option. Starting with the Luxury model, that option turns into a standard piece of equipment.

Another level higher, the Kona gets the 1.6L 4-cylinder turbo, which delivers 175 horses and much better torque (195 lb-ft). What’s more, this version gets a 7-speed dual-clutch transmission, sportier than the base gearbox.

During the launch of the model, Hyundai Canada had on hand only all-wheel drive models; we did not have the opportunity to try out the front-wheel drive versions, which make do with a second torsion bar axle – a more rudimentary configuration than the multi-link suspension systems of the all-wheel drive Konas.

At the wheel
This first drive of one of the most highly anticipated models of the past several months revealed to us a car that is as agile as advertised, whether you’re scooting around town or out on winding country roads. The drive modes (ECO, NORMAL and SPORT) do change the character of the vehicle somewhat, although this does not apply to the turbo model. Of the two, mind you, the latter is definitely the sportier sibling; its mechanics are much more supple than the basic 4-cylinder. Thanks to its much more efficient gear changing, that 7-speed transmission also makes the Kona a lot more fun to drive.

That said, the 2.0L has nothing to be ashamed of in relation to the turbo, even if the accelerations are a louder affair. This actually leads to a weak point of the Kona: sound insulation around the wheel arches is insufficient.

Though it rides higher off the ground that a subcompact car, the Kona is impressively neutral when cornering at speed. The power steering is precise, the firm suspension reassuring. And as for the braking, it is adequate even if the pedal is a bit heavy.

Conclusion
Overall, the Kona brings to mind the Mazda CX-3, since its debut the sportiest entrant in the category. The turbo-powered Kona is more powerful than what you get with the Mazda, but the CX-3 remains the reference when it comes to road handling. Still, the Hyundai Kona scores points for the driving pleasure it offers, which is more than can be said about a number of crossovers these days. On the other hand, and maybe not coincidentally, Hyundai Kona – like Mazda for that matter – loses out to the Honda HR-V and its massive trunk when it comes to sheer utility. 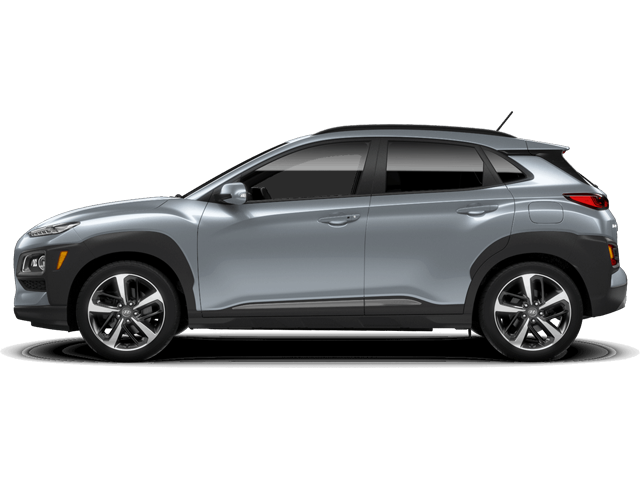 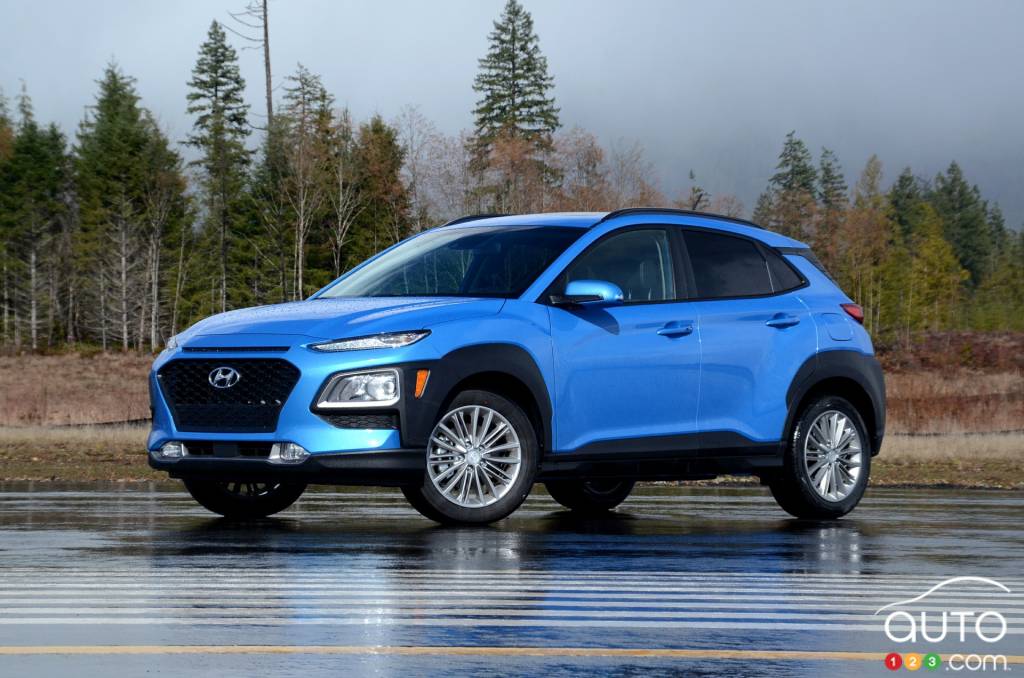 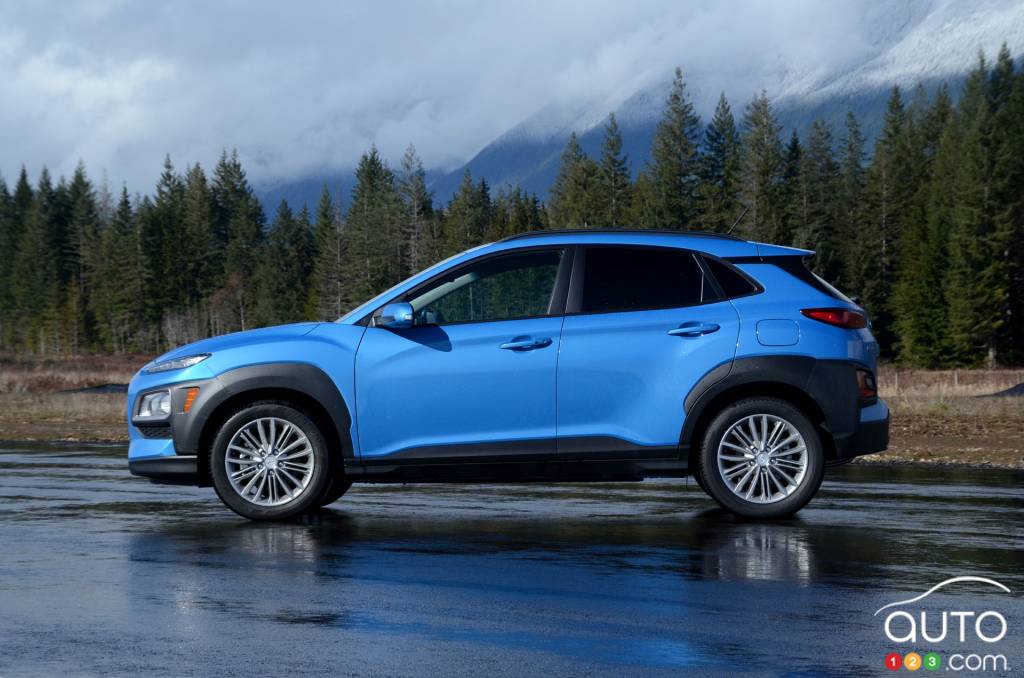 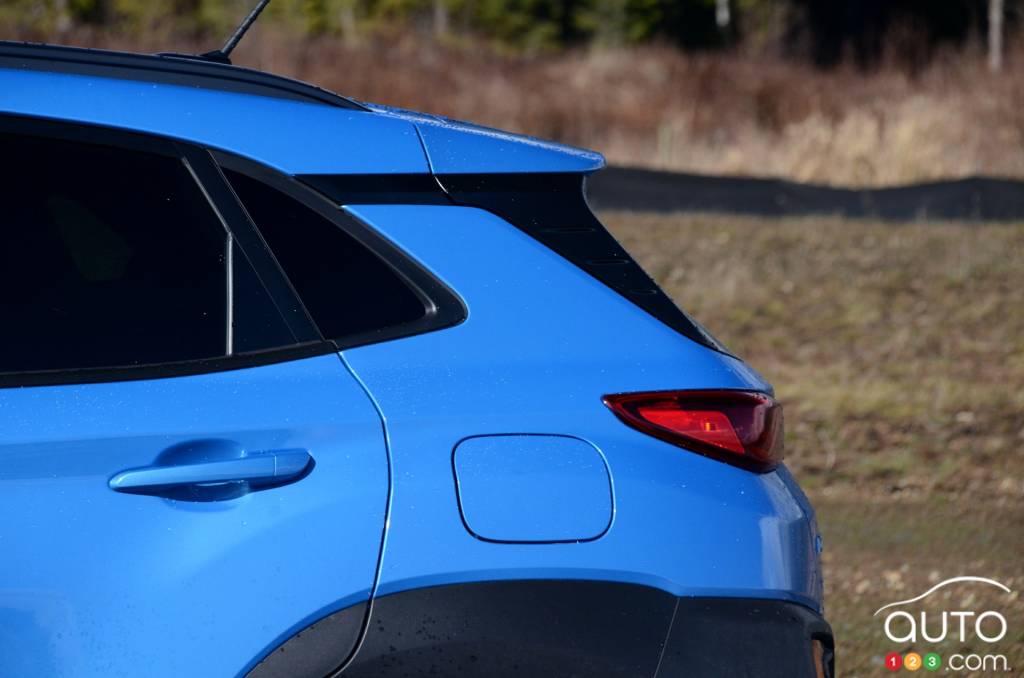 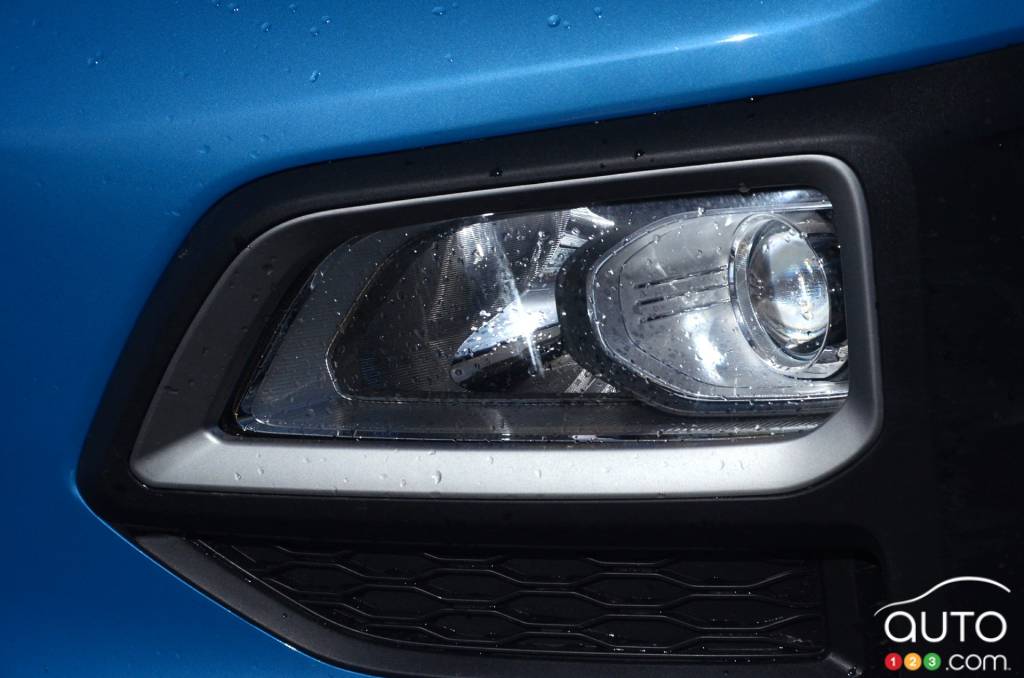